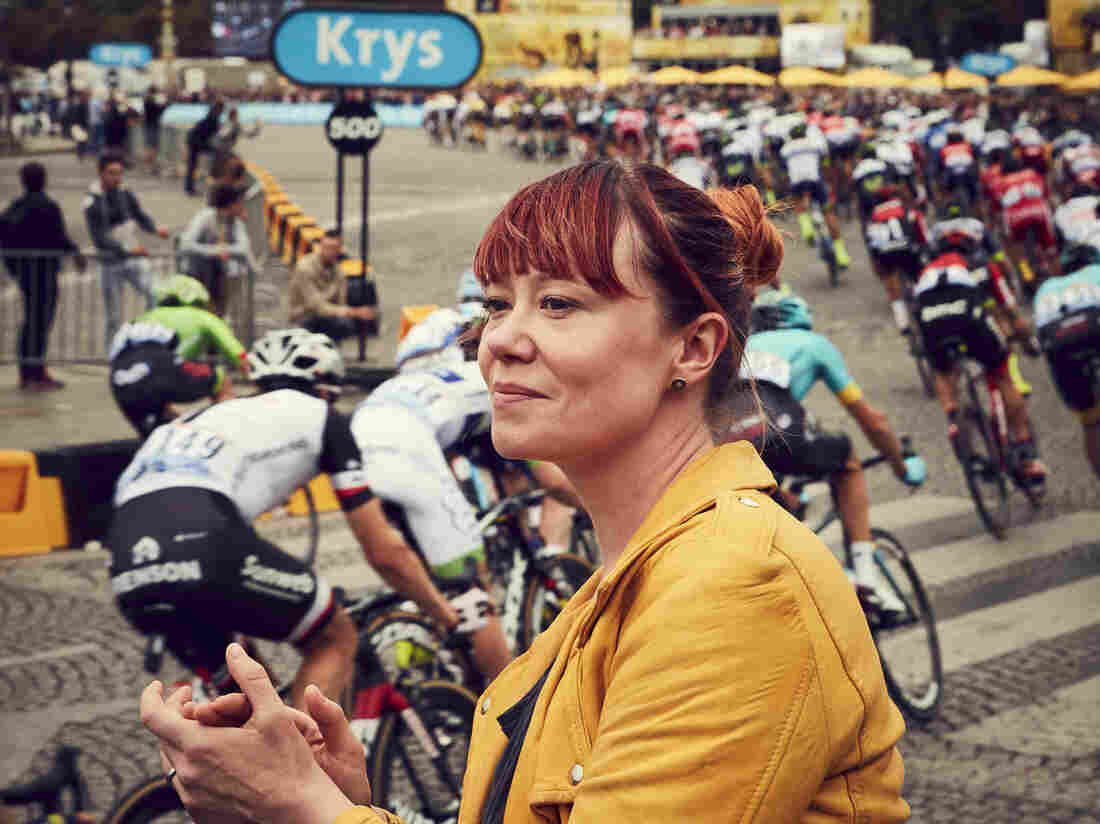 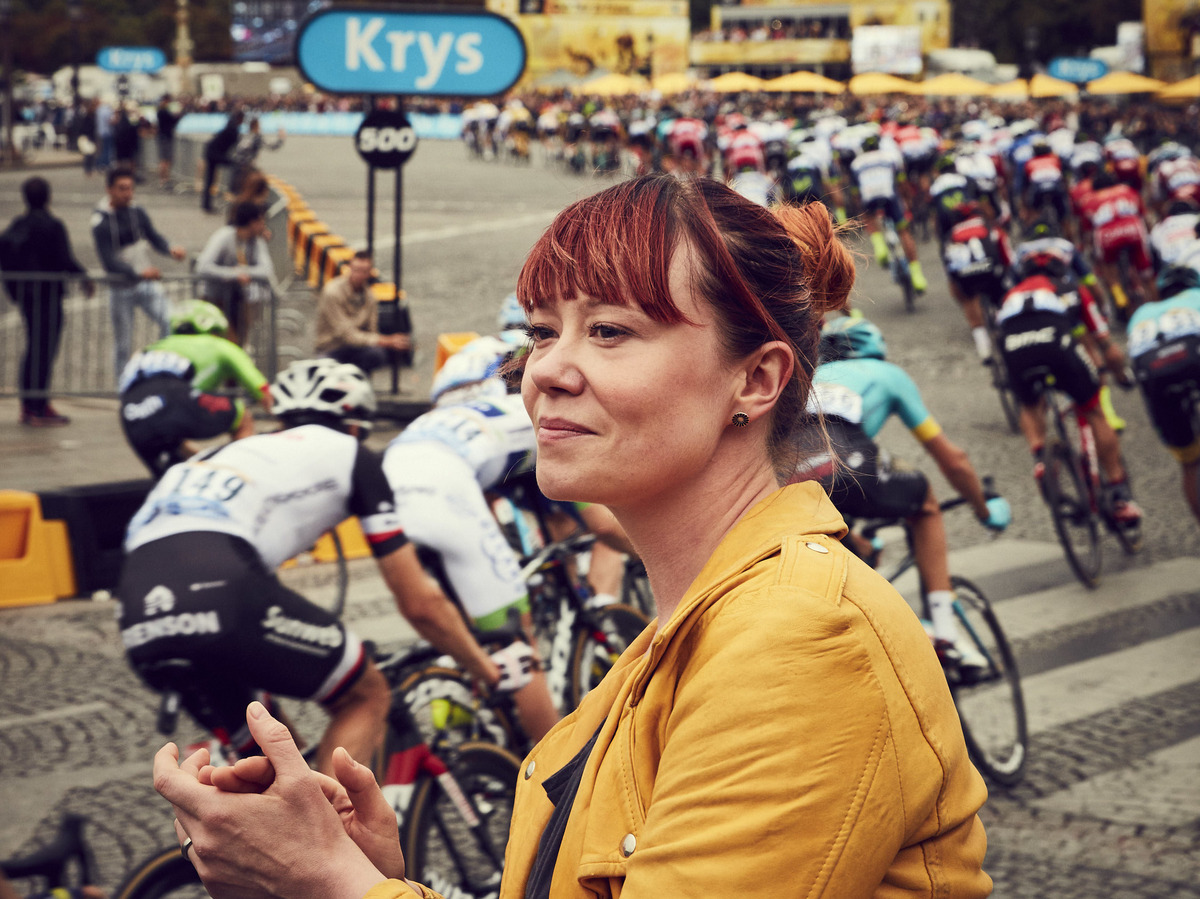 Among the small delights corollary to a long bicycle ride is eating, with minimized guilt, a lot of food. Stoke your internal furnace hot enough, and it'll burn through quite a bit. That's true of people who pay to ride bikes — like the NPR crew currently riding RAGBRAI, an annual weeklong bike tour of Iowa, who for years has gone by the backronym No Pies Refused. It's just as true for people who get paid to ride bikes.

The Tour de France, whose 2018 iteration is currently being waged in the Pyrenees mountains near the Spanish border, is among the great human achievements of energy expenditure — which means it's equally reliant on energy replenishment. Racing your bike for four-to-six hours nearly every day for three weeks is not particularly natural or good for you. But if, along the way, you could eat delicious regional cuisine for pleasure, instead of simply ingesting calories because science, it might remove the insult from the injury.

The Epic 2,200-Mile Tour De France Is Also A Test Of Epic Eating

That's part of the premise behind Eat. Race. Win., the Amazon Prime Video six-episode series that puts a new spin on the embedded sports documentary. We spend plenty of time with Orica-Scott, one of 22 teams racing last year's Tour de France, witnessing its misadventures and triumphs. The novelty is that we also see it through the eyes of the team chef tasked to feed the hungry men who eat three times what normal people do.

That chef is Hannah Grant, who, as she explains a few times, apprenticed at restaurants with plural Michelin stars before receiving an unusual employment offer with a cycling team. A few years later, the Dane has two cookbooks, two mobile kitchen trucks with her name plastered all over them, a staff of at least three sous-chefs, and a video team following her around France in July. She didn't follow pro cycling at first; she's now its celebrity chef.

That sounds like — and it is — a niche within a niche. But there's plenty of sense to Grant and her counterparts' jobs. In the technocracy that has now overtaken pro cycling (and most every other sport) in search of marginal advantages, athletes' diets became more important. Consider that Tour cyclists require some 6,000-plus calories per day, and that one easily loses one's appetite sometime around the fifth viscous carbohydrate gel slurped down while on the bike, and that stomach issues on one day can derail an entire year's worth of preparation, and you see why you'd want to control that variable. Gone are the days of unpalatable chicken breasts and overcooked pasta with ketchup every night; in are fresh, whole foods and specialty diets and someone who can take charge of delivering calories at the right times in the right ways. (Fun fact: There's literally a top-flight team whose primary sponsor is a kitchen appliances manufacturer, and the current world champion is on it.) Team chefs now seem like the norm rather than the exception.

There's both art and science behind the whole what-to-eat-and-when question, and for the most part, Eat. Race. Win. focuses on the art. Grant glides past topics like macronutrient delivery or anti-inflammatory properties; we largely see her working out the emotional narrative. She makes sure her emaciated warriors get a steak dinner as a morale boost, or fresh sashimi after the hardest days are over. She and her team philosophize about finding purpose in the enjoyment of others. There are gratuitous visits to family-owned farms to source the finest meats and cheeses in all the land, and with the land in question being France, the locavore farm-to-table food porn is hors catégorie: heirloom strawberry-picking, organic asparagus-digging, Mediterranean tuna fresh off the boat, lamb and beef and chicken straight from the butcher, wine of course, fromage so rich and fresh it looks like yogurt. 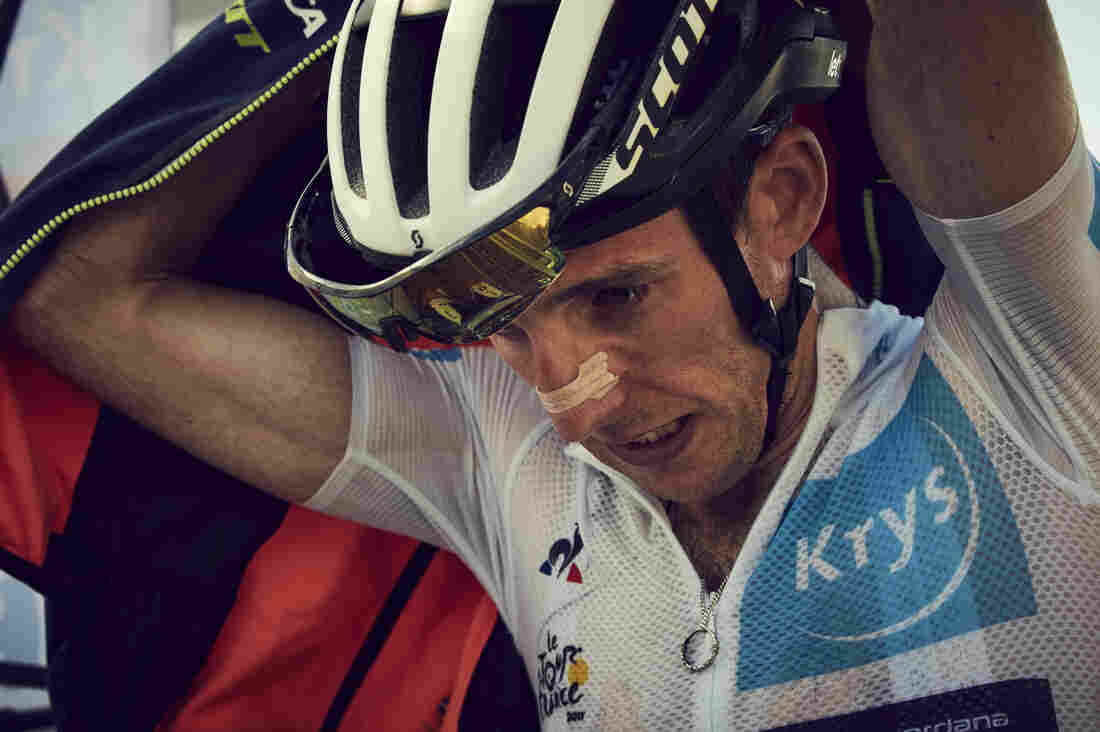 With Eat. covered, there's still Race. and Win. to take care of, and for that, Grant's male foil is Orica-Scott team director Matt White. A former racer himself, the Australian is in charge of the strategy, which means plotting out everybody's role on every day. (Those new to the Tour will note that while there is also an overall competition, every single day is its own separate race or stage, among other races within the race.) In the great tradition of sportsball intrigue, there's adversity early and often, and the team is quickly down to Plan B — to keep their young star Simon Yates at the top of the best young rider competition, while hunting down some individual stage wins.

In doing so, all nine racers (and some other support staff) get a little face time. There's Luke Durbridge, whose tour goes very not-as-expected; Esteban Chaves, for whom personal tragedy dents his performance but not his constant smile; Mat Hayman, the veteran domestique who admits to mental fatigue by the end; a bunch of other men who evince an occasional smile despite being totally zonked. It's rarely unequivocally positive, which is part of the point — the sport often reduces you to finding some satisfaction in things other than crossing the line first.

The series producers' central problem is that the prime action in world-class bike racing happens during a few key moments in a four-to-six hour window, and that much of the rest of the day is spent in zombie mode, trying to repair the damage you did to yourself so you can do another four to six hours tomorrow. There's only so much they can do to ratchet up the drama with half the real estate of a typical sports documentary, and Eat. Race. Win. does a fair bit of it, leaving each episode on a bit of a cliffhanger before revealing a race result, for instance. But those who loved the team's homemade behind-the-scenes videos — they're all on YouTube under the heading Backstage Pass — might find some of the more intriguing intricacies of bike racing (and the most sparkling personalities) a bit neutered for a more general audience. Rethinking or getting rid of the race commentary narration, which at very least sounds like it was scripted and manufactured in a too-clean studio during post-production, might also help.

The biggest philosophical issue, however, is making the two halves — cyclist eats and cyclist feats — seem like they belong together. As Grant points out, the support vehicles literally take a different route each day from the riders; she spends her days in markets and farms and hotel parking lots. "The Tour de France is two races," she says at the very start of the pilot. "The one we all know — and mine." For the most part, the two races interact only at breakfast and dinner, and as a result, Eat. Race. Win. feels like exactly the sum of its parts, and no more.

To the extent that it works, it's because athletic drama and gastronomic delight are inherently interesting even secondhand, and, given that they're literally touring France, incredibly photogenic. It's also because the filmmakers have given us a few anchoring elements in the curious Grant and the mildly beleaguered White. That's enough to get us through six episodes and 2,200 miles sufficiently satiated and occasionally charmed.

Will it make more fans of Hannah Grant, or of team Orica-Scott (now known as Mitchelton-Scott), or of bike racing in general? That's unclear. But in the Tour de France, nearly 200 riders start, and one wins. It's the little joys along the way, the internal rewards of process vs. product, the lesser victories, the ancillary benefits — it's in the accumulation of these moments and details where most derive meaning from the sport. You might think about this TV series in the same way.