Accessibility links
In Battle Pitting Cities Vs. States Over Minimum Wage, Birmingham Scores A Win A federal appeals court sided with workers from Birmingham, Ala., who argued that state lawmakers racially discriminated against the majority-black city by blocking a 2016 municipal minimum wage hike. 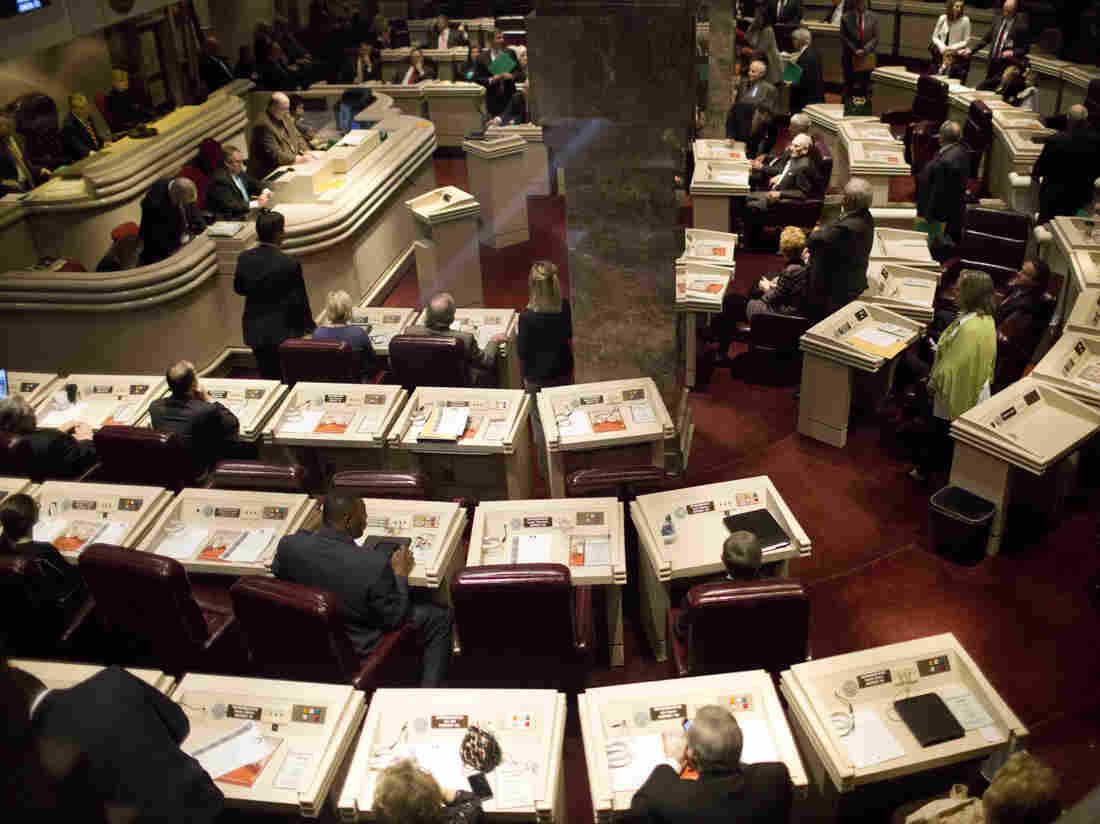 State representatives work in the house chambers at the State House in Montgomery, Ala. A federal appeals court sided with workers from Birmingham, Ala., who argued that state lawmakers racially discriminated against the majority-black city by blocking a minimum wage hike. Brynn Anderson/AP hide caption 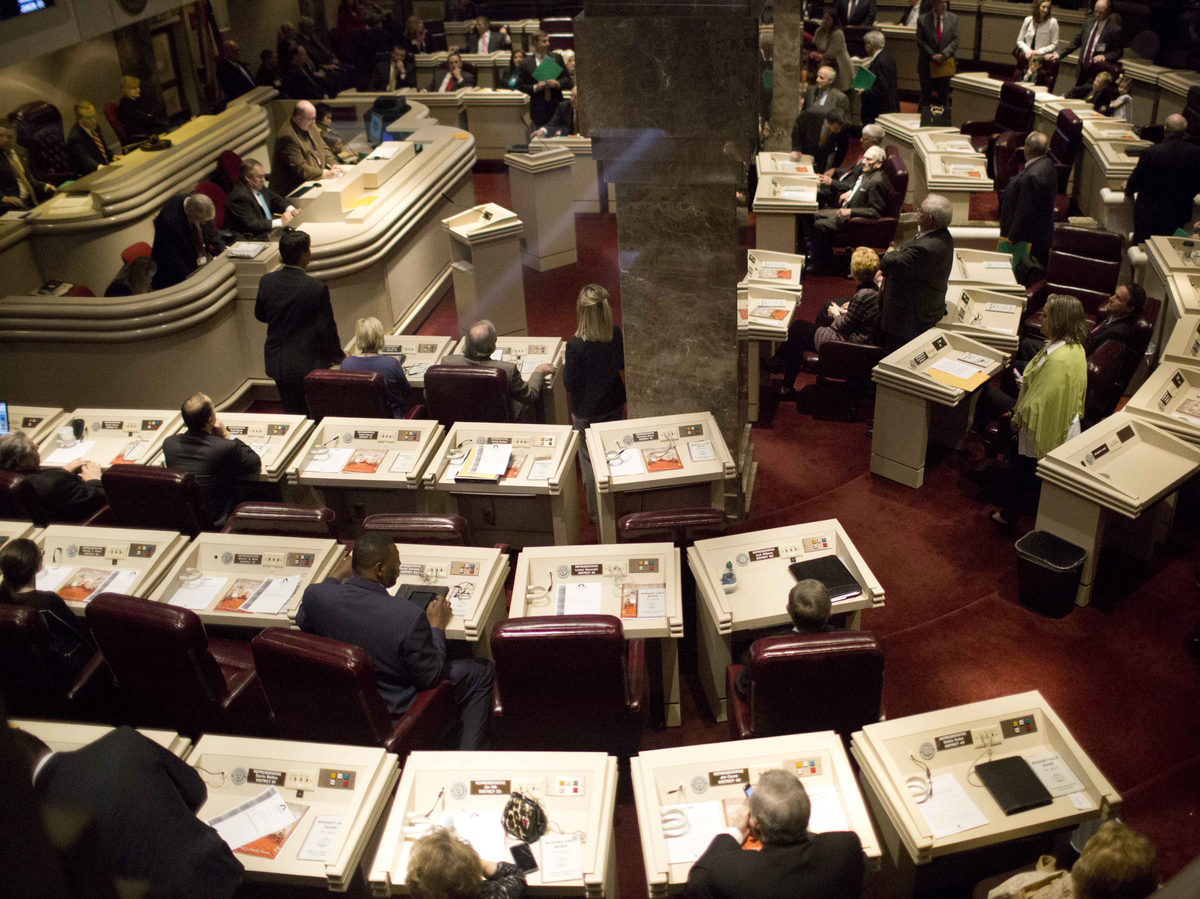 State representatives work in the house chambers at the State House in Montgomery, Ala. A federal appeals court sided with workers from Birmingham, Ala., who argued that state lawmakers racially discriminated against the majority-black city by blocking a minimum wage hike.

A federal appeals court handed workers in Birmingham, Ala., a significant win this week. The city is in a battle against state lawmakers over whether it has the right to raise its minimum wage.

The Birmingham workers and the Alabama legislature have been fighting in court since the city voted to increase its minimum wage to $10.10 an hour, from $7.25, in February 2016. That hike never took effect. The state legislature swiftly passed a law barring municipalities like Birmingham from setting their own minimum wage.

The case — filed by a group of fast-food workers, the NAACP and other worker groups — argued that the state's majority white legislature discriminated against the majority black city. On Wednesday, the 11th U.S. Circuit Court of Appeals agreed, reversing a judge's earlier decision to dismiss the workers' suit.

This is just the latest development in a kind of cat-and-mouse game has been raging between cities and states for the last few years. Cities or counties with higher costs of living have increasingly adopted minimum wage increases well above the federal minimum of $7.25 an hour. Then state legislatures fight back by setting statewide caps.

This is known as state preemption. According to the National Employment Law Project, a worker advocacy group, 25 states have passed preemption laws.

In 2016, the group of Birmingham workers became the first city in the country to file suit. This latest ruling does not mean the wage hike will take effect; it only means the workers will likely be able to take their case to court. An eventual ruling on their underlying case could have major implications for workers in other cities locked in similar battles with their state lawmakers.

"The voices of low-wage workers in Birmingham were heard," said Scott Douglas, executive director of Greater Birmingham Ministries, one of the parties to bring the suit. He says the state legislature abused its power. "Where that comes from is Alabama's history of denying black-controlled counties and cities the right to home rule," or local self-governance, he says.

The issue of local control is a big one, and not just on the issue of the minimum wage.

Laura Huizar, a staff attorney for the National Employment Law Project, says state preemption is very controversial because it affects a whole range of policies — including gun regulations, anti-discrimination and paid-leave laws, and bans on plastic bags.

"More and more local leaders and local communities are realizing that they have to stand up and defend their local rights, or all of these state preemption bills are going to erode their ability to practice and exercise local democracy," Huizar says.

The crux of the Birmingham court battle — and similar cases out of Minneapolis and Miami Beach — is fundamentally a legal question; it's a fight over whose law should prevail. There is also a separate, economic debate about the impact of raising the minimum wage in cities — and who benefits.

Those in favor of raising the minimum wage argue it puts more money into workers' hands, which helps both families and businesses.

It's not that simple, says Michael Strain, a scholar at the American Enterprise Institute. He says a city risks driving employers out into surrounding suburbs by increasing their cost of doing business.

Meanwhile, the group of Birmingham fast-food workers who brought the case must wait for the next stage of the legal fight.