Accessibility links
Weekly Wrap: "Pay Them Off." : It's Been a Minute with Sam Sanders It's Friday: Sam is young, scrappy, and hungry in our latest weekly wrap with NPR reporter Vanessa Romo (@vanromo) and Ira Madison (@ira), host of the podcast 'Keep It.' The three of them talk Cohen, crops, confessions and Comey. Get tickets to our Los Angeles live show with actor John Cho and director Aneesh Chaganty at nprpresents.org. 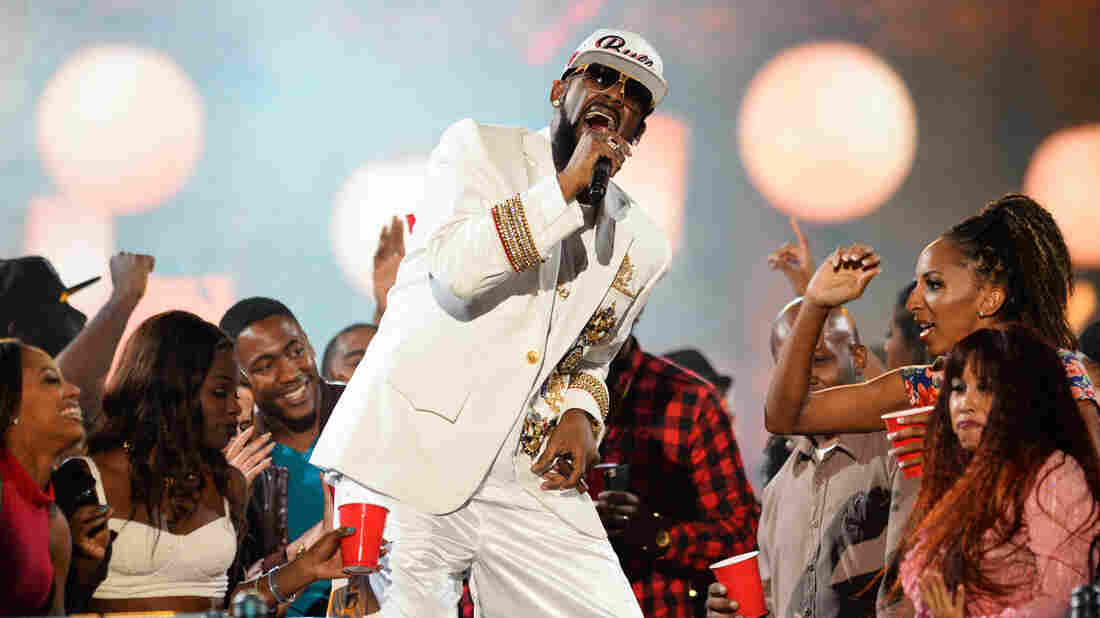 R. Kelly recently came out with the song "I Admit," which addresses sexual assault allegations against him. R. Kelly performs here during the 2015 Soul Train Awards at the Orleans Arena on Nov. 6, 2015, in Las Vegas. Powers Imagery/Powers Imagery/Invision/AP hide caption 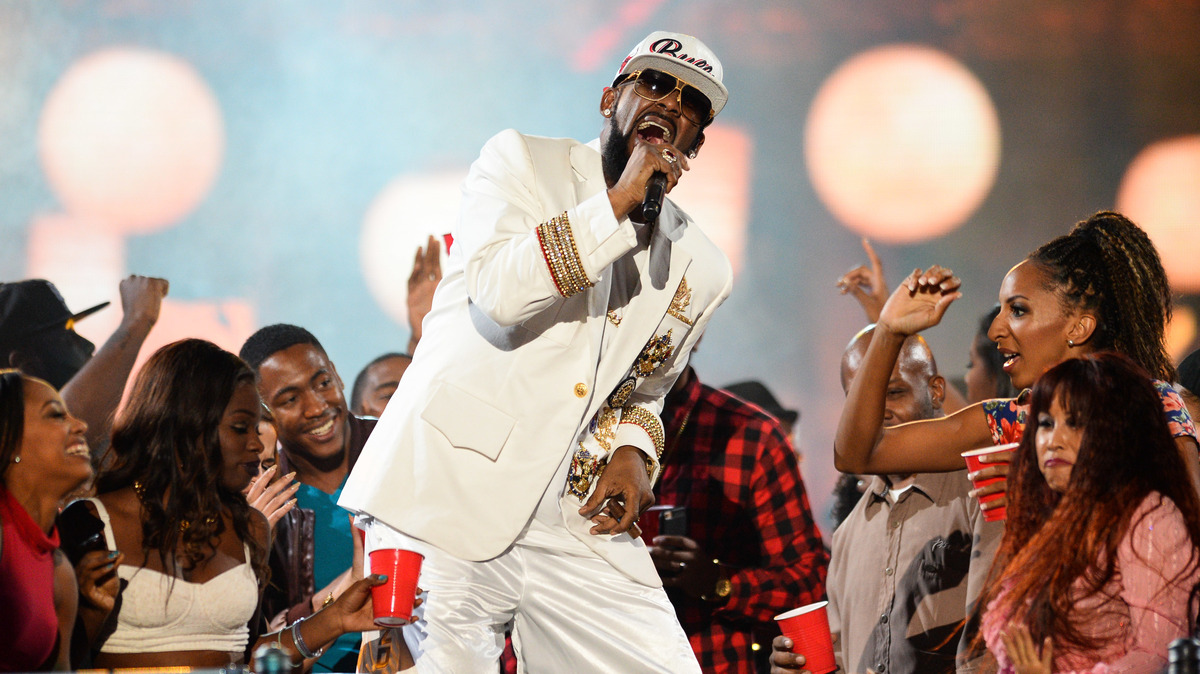 R. Kelly recently came out with the song "I Admit," which addresses sexual assault allegations against him. R. Kelly performs here during the 2015 Soul Train Awards at the Orleans Arena on Nov. 6, 2015, in Las Vegas.

It's Friday. Sam chats it up with NPR reporter Vanessa Romo and Ira Madison III, host of the Crooked Media podcast Keep It. We've got Cohen, crops, and confessions for ya!

Vanessa is talking tape — that is, the leaked tape on which Michael Cohen and his former client, President Trump, seem to be discussing payments made to Playboy model Karen McDougal for the rights to her story about her alleged affair with Trump. Now, Vanessa says, the floodgates are open for other stories to come out. Earlier this year, Vanessa reported on the Trump administration's statements regarding the non-disclosure agreement between Trump and Stormy Daniels, the adult film star with whom he also allegedly had an affair. In September 2017, Cohen said he would take a bullet for Trump. More recently, he said he doesn't want to be Trump's punching bag.

In another Trump news, Sam discusses the latest on the president setting aside $12 billion to assist farmers who have been hit hard by retaliatory tariffs against the US. This type of bailout is reminiscent of Depression-era policies, where the government pumped money into the economy because it was shrinking. But the economy is not shrinking — it's growing!

Meanwhile, Ira says R. Kelly is suffering from the "thirst of trying to be relevant" with his new single "I Admit," which responds to the public scrutiny he has received for allegations of abuse, pedophilia, and leadership of a sex cult. Despite the 19-minute single's title, R. Kelly doesn't admit to the allegations. Instead, he admits to things like infidelity and bad spelling. Last year #MuteRKelly, a social media campaign founded by Kenyette Barnes and Oronike Odeleye, encouraged companies to cut ties with the singer. In "I Admit," Kelly says "only God" can mute him. Ira has written about why R. Kelly has been afforded opportunities in the music world despite common knowledge of his abuse.

The deadline passed this week to reunite the children who were separated from their families at the border. Update: the majority of children have been reunited, but hundreds have not because the administration says they're not "eligible" to be reunited.

We also talk to Missouri listener Pedro Guerrero, who just got back from a week of work at the South Texas Family Residential Center in Dilley, Texas, where he volunteered as a translator with an organization assisting migrant families with the asylum application process. Guerrero shares some stories he heard from families there, and he talks about his own experience seeking asylum as a child.

Democrats, please, please don’t lose your minds and rush to the socialist left. This president and his Republican Party are counting on you to do exactly that. America’s great middle wants sensible, balanced, ethical leadership.

And in 2018, we ask ourselves once again, where does one put a jade egg? All thanks to a New York Times profile on Gwyneth Paltrow.

It's all capped off with the best things that happened to our listeners all week.

Brent Baughman and Anjuli Sastry produced and edited this interview for broadcast, while Kumari Devarajan adapted it for the Web.