Accessibility links
Judge To Appoint Special Monitor To Oversee Detention Facilities Immigration lawyers had argued that the children and their parents were held in inhumane conditions. In another court, a judge gave credit and blame to the Trump administration on reuniting families. 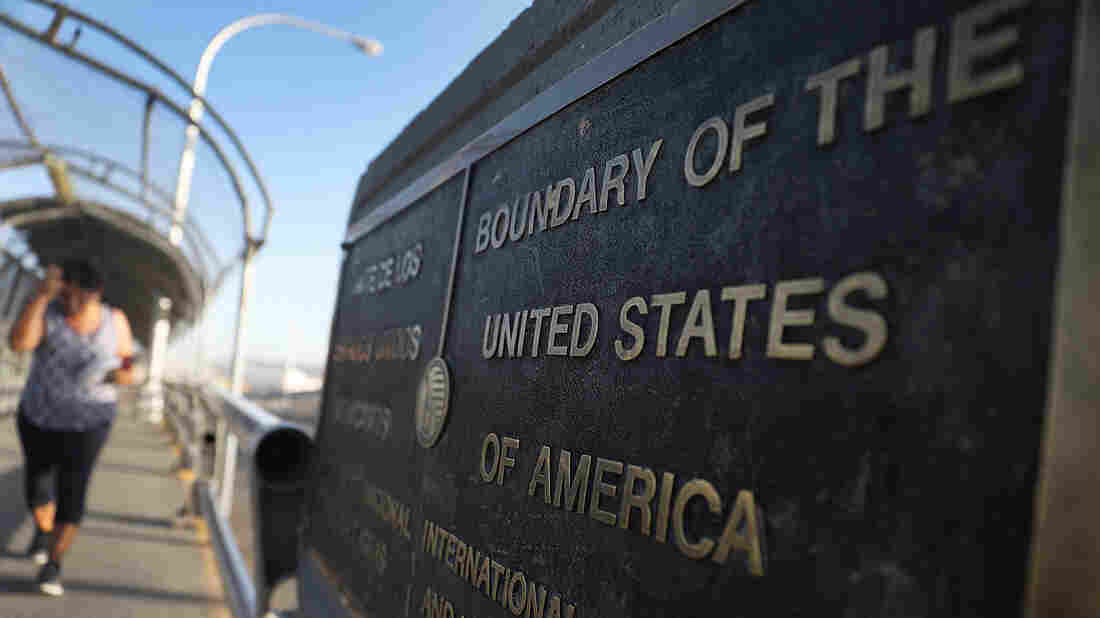 A plaque marks the U.S. border on the Paso Del Norte Port of Entry bridge which connects the U.S. and Mexico on July 23, 2018. As many as 2,551 migrant children ages 5 to 17 were separated from their families after they crossed into the U.S. from Mexico along the border. Joe Raedle/Getty Images hide caption 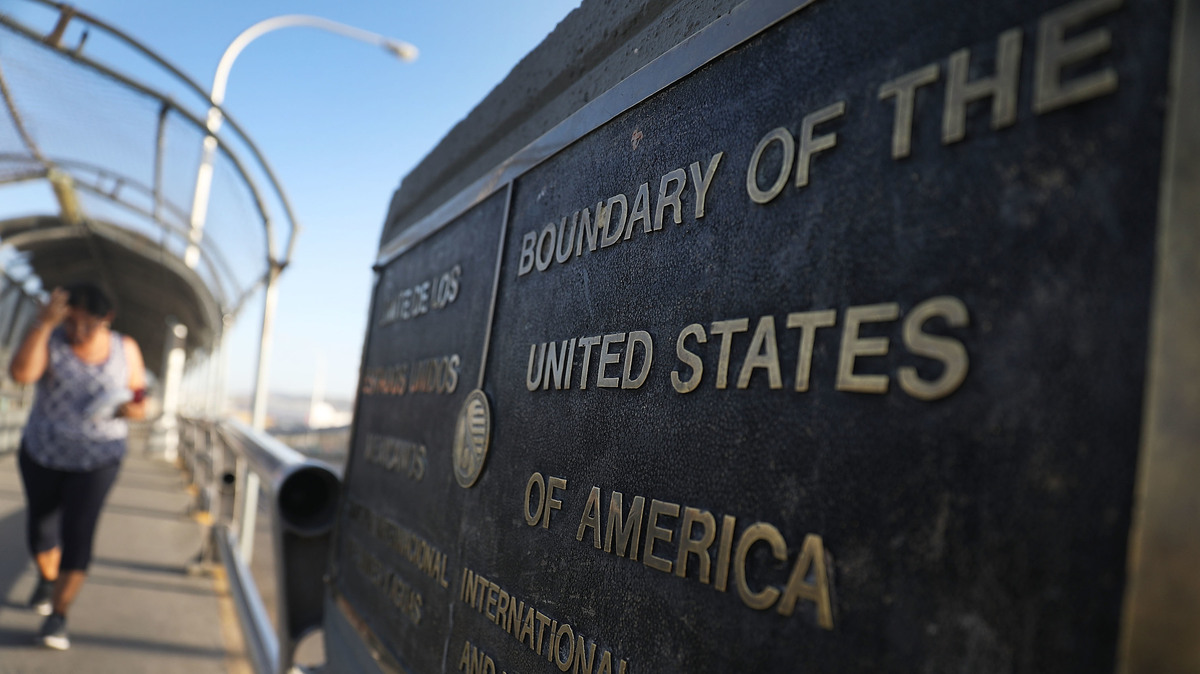 A plaque marks the U.S. border on the Paso Del Norte Port of Entry bridge which connects the U.S. and Mexico on July 23, 2018. As many as 2,551 migrant children ages 5 to 17 were separated from their families after they crossed into the U.S. from Mexico along the border.

The federal judge who ordered the reunification of thousands of migrant families says the Trump administration deserves "great credit" for its efforts.

But Judge Dana Sabraw also faulted the administration for "losing" hundreds of parents, leaving a significant number of families separated a day after the court-imposed deadline to reunite them.

At a status conference Friday afternoon in San Diego, Sabraw said the priority now must be the hundreds of families that could not be reunited — including more than 400 children who are still in government custody because their parents were deported without them, likely to Central America.

"It's as if the government wants applause for cleaning up its own mess" without cleaning it up completely, said Lee Gelernt, an attorney with the American Civil Liberties Union, which brought the lawsuit challenging the family separation policy.

The Trump administration said it reunified more than 1,400 children with their parents, and hundreds more with sponsors or family members, by the deadline. Now the administration is pushing to quickly deport many of those same families.

The ACLU is asking the judge for a one-week waiting period for parents to weigh their legal options before being deported. Lawyers for the government counter that 48 hours' notice should be enough.

Judge Sabraw said he would rule on that question soon. And he laid out plans to stay involved in the reunification process, with weekly status reports and status conferences going forward.

In a separate hearing in Los Angeles, a federal judge said she'll appoint an independent monitor to look into reports of neglect and abuse of children at facilities along the U.S.-Mexico border.

The decision comes after immigration lawyers argued that the Trump administration has been holding children and their parents in inhumane conditions. The government denied the allegations, and opposed the appointment of a monitor.

In a hearing on Friday, Judge Dolly Gee said she reached her decision after seeing a "disconnect" between government monitors' assessment of conditions in facilities in the Rio Grande Valley, and the accounts of more than 200 immigrant children and their parents detailing numerous problems, including spoiled food and foul-smelling water.

After the hearing, attorney Peter Schey of The Center for Human Rights and Constitutional Law said the problems are pervasive in facilities all along the Southwest border.

Judge Gee oversees the Flores settlement, a 1997 settlement agreement that says the government has to release migrant children from custody to a relative, sponsor or a facility licensed to care for children within 72 hours.

The parties have until Aug. 10 to agree on a proposed monitor. If they can't, each side will make suggestions to Judge Gee, and she will choose one.