Accessibility links
Cleveland Orchestra Suspends Lead Violinist After Sexual Misconduct Accusations The suspension was announced Friday, the day after the Washington Post published a story about claims of sexual misconduct within classical music. Preucil is the Cleveland Orchestra's concertmaster. 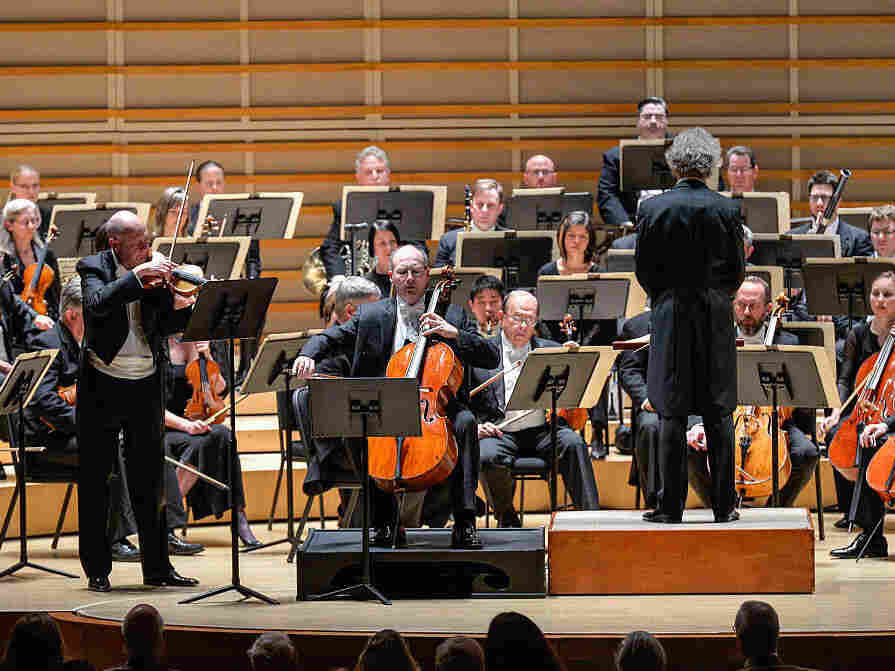 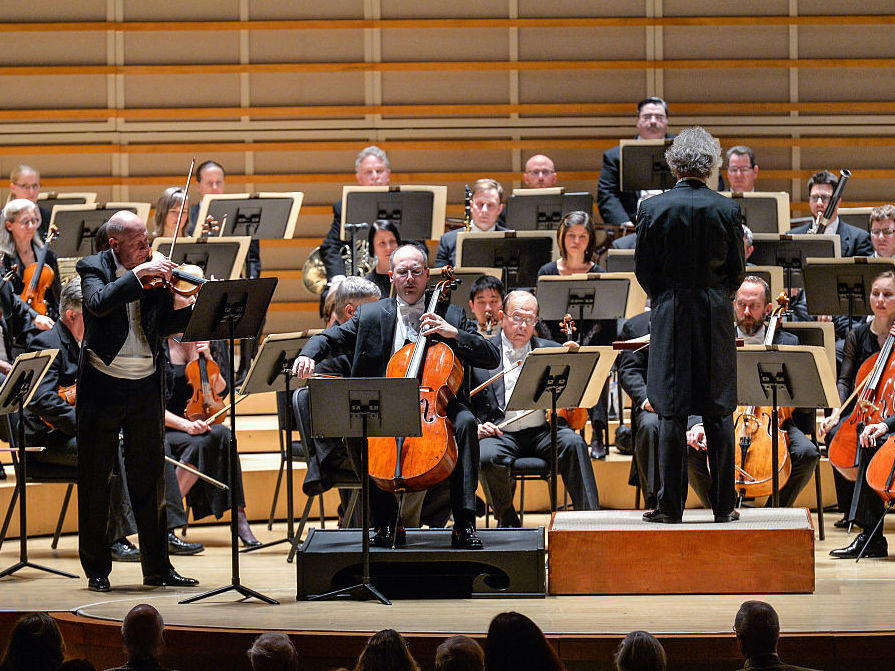 Violinist William Preucil (standing, left), performing with the Cleveland Orchestra in Miami in 2016.

On Friday, the Cleveland Orchestra suspended one of its star performers, violinist and concertmaster William Preucil, over allegations of sexual misconduct published Thursday by the Washington Post.

The Cleveland Orchestra is one of the top orchestras in the U.S. Since 1995, Preucil has been the group's concertmaster — a role second only in importance to that of the conductor.

The orchestra has put Preucil on leave while it investigates claims made by violinist Zeneba Bowers in the Post. She alleges that after she took a lesson from Preucil in Miami in 1998, while she was participating in the New World Symphony (an important training ground for orchestral players emerging into professional careers), he began aggressively kissing her, unbuttoning her clothes and pushing her onto his hotel bed. She says she managed to get away but that afterward Preucil told her she would be blacklisted if she told anyone about the incident.

The Post article also reports a second, anonymous woman accused Preucil of propositioning her in 2000, also in Miami and while she took part in the New World Symphony.

On Friday, the Cleveland Orchestra's executive director, André Gremillet , issued a statement, saying: "The Cleveland Orchestra was not aware of the allegations reported by The Washington Post about William Preucil in their July 26, 2018 article. We take this matter very seriously and will promptly conduct an independent investigation. Mr. Preucil has been suspended until further notice."

This is not the first time Preucil has been accused of misconduct. Another female student made similar claims in 2007, which were published by Cleveland Scene. That woman alleged that Preucil had propositioned her lewdly in 2004, while she was a junior-year student at the renowned Cleveland Institute of Music conservatory.

That young woman, whose name was not published, alleged that after she told the CIM administration about the incident, the school offered to pay for the rest of her education at whatever school she chose, as long as she did not go public with her accusations. Cleveland Scene reported that Preucil responded to her allegations by saying: "The issue was fully reviewed by the institution and was resolved to everyone's satisfaction."

A CIM spokesperson was quoted by Cleveland Scene as saying: "If it's taken care of, why would the student want people to know; why harm a faculty member needlessly?"

Preucil is one of four men accused of sexual misconduct within the Washington Post story. The others are the high-profile Italian conductor Daniele Gatti, who currently serves as chief conductor of the Royal Concertgebouw Orchestra in Amsterdam; Bernard Uzan, currently a co-director of the young artists' program at the Florida Grand Opera; and William Florescu, who resigned as general director of the Florentine Opera in Milwaukee in May, while the Post pursued its story.

The Milwaukee company told the Washington paper that Florescu's leave-taking was "related to his violation of the Florentine Opera's policies and prohibitions concerning sexual misconduct."

On Friday, the Royal Concertgebouw Orchestra addressed the allegations against Gatti with British radio station Classic FM, stating: "We have taken note of the report. We cannot comment until we have had the opportunity to look into the matter carefully."

In a statement published by the Post, Gatti said: "All my life I have always been totally alien to any behavior that may be referred to [by] the term harassment, whether psychological or sexual. Every time I have approached someone, I have always done it fully convinced that the interest was mutual. The facts referred to took place a long time ago, but if I have offended anyone, I sincerely apologize."