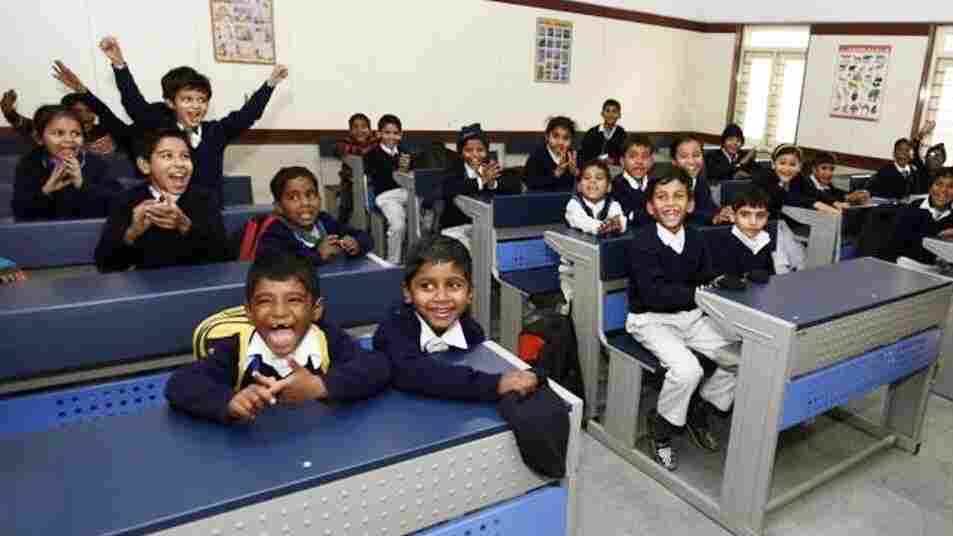 Students in India have begun to engage in creative activities as a part of newly launched program by the Delhi government to shift emphasis onto mental health well-being. Courtesy of Bhaskar Sharma hide caption 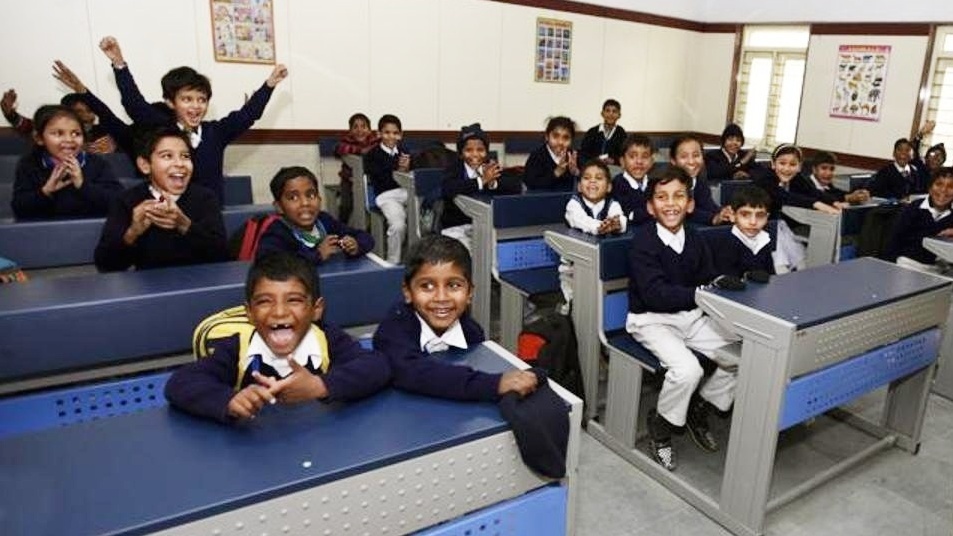 Students in India have begun to engage in creative activities as a part of newly launched program by the Delhi government to shift emphasis onto mental health well-being.

For the past three weeks, students across India's capital have been attending a radical new course: happiness.

The Delhi government introduced "happiness classes" in an effort to shift the country's academic focus from student achievement to emotional well-being. In a country that uses standardized testing to determine student success, offers a limited number of seats in top universities and sets high expectations, educators have been seeing mental health consequences.

Delhi's Education Minister Manish Sisodia is charged with implementing the unorthodox curriculum. "It will address the ever-growing concern - levels of happiness & wellbeing [are] decreasing, while stress, anxiety & depression are increasing," he tweeted the day the program launched at the start of the month.

Sisodia's among many who say those pressures are linked to India's high student suicide rate.

"For the last 40 to 50 years the education system has been translated into an industry worker-producing system" at all education levels, he tells Weekend Edition host Scott Simon.

In happiness class, there are no textbooks and no exams. During the daily 35-minute lesson, teachers lead students in meditation and creative exercises.

The Post says children broke out of their first happiness class with some excitement. "We should work happily," 11-year-old Aayush Jha, a seventh-grader at a public school in east Delhi told the paper. "When you work sadly, your work will not be good."

Sisodia hopes to deliver these tools to help students live happier inside and outside of the classroom, whether or not they're not achieving their academic benchmarks. "I don't know if [happiness] can be learned but yes, it can be practiced," he says. "Once you start practicing living with happiness, then it becomes part of your life."

As freelance journalist Susan Brink reported for NPR in 2015, the government "has made changes after noticing that some young people, under great stress to do well in school, resorted to suicide if they felt they did poorly."

"In South India, they observed higher suicide rates after exam periods among schoolchildren who failed," Alexandra Fleischmann, a project coordinator for WHO's "Preventing Suicide" report, told Brink. "Then they introduced the possibility of redoing the exams, and that reduced the suicide."

The happiness curriculum is the latest in a series of educational reforms shepherded by the Delhi government's ruling Aam Aadmi Party. This year, 26 percent of Dehli's budget is going to education, up from 23.5 percent last year.

Where You Live Affects Your Happiness And Health, But How Exactly?

The Truth Behind The Suicide Statistic For Older Teen Girls

A successful program starts with the teacher's attitude, says Rajesh Kumar, head of the state committee tasked with planning the curriculum, according to CNN: " 'You must enter with a smile. How can a teacher who knows no Hindi teach Hindi?' he asked, illustrating that it takes happiness to spread happiness."

So far, Sisodia says 20,000 teachers throughout 1,000 schools have been trained to teach 1 million students under the program.

Bharti Dabas, an English teacher at a government school, tells The Washington Post that public schools are too packed and aren't suited for the level of awareness that the program demands. "If we have 80 students in our class, how can we keep track of every kid in just 35 minutes?" he tells the paper.

Sisodia says teachers working for the Delhi government are set up for happiness: They're well-paid and are sent to train at prestigious schools.

It's early, but Sisodia — who's been sitting in on some classes — says teachers are already reporting that they themselves have benefited from participating in the program.

"Teachers are telling me that they themselves are finding a lot of calmness, a lot of improvement in their behavior, because they also sit into mindfulness with their students," he says.

NPR's Sophia Boyd and Peter Breslow produced and edited the audio version of this story.