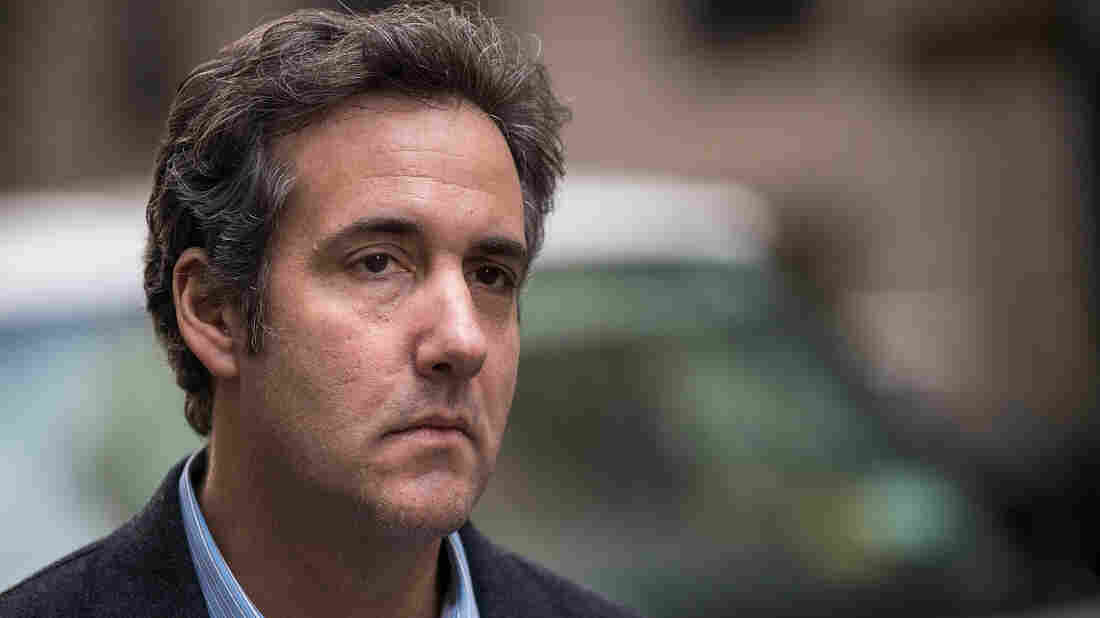 Michael Cohen, former personal attorney for President Trump, has no paperwork, audio recordings or other hard evidence to back up his story that the then-candidate approved the 2016 Trump Tower meeting, CNN also reported. Drew Angerer/Getty Images hide caption 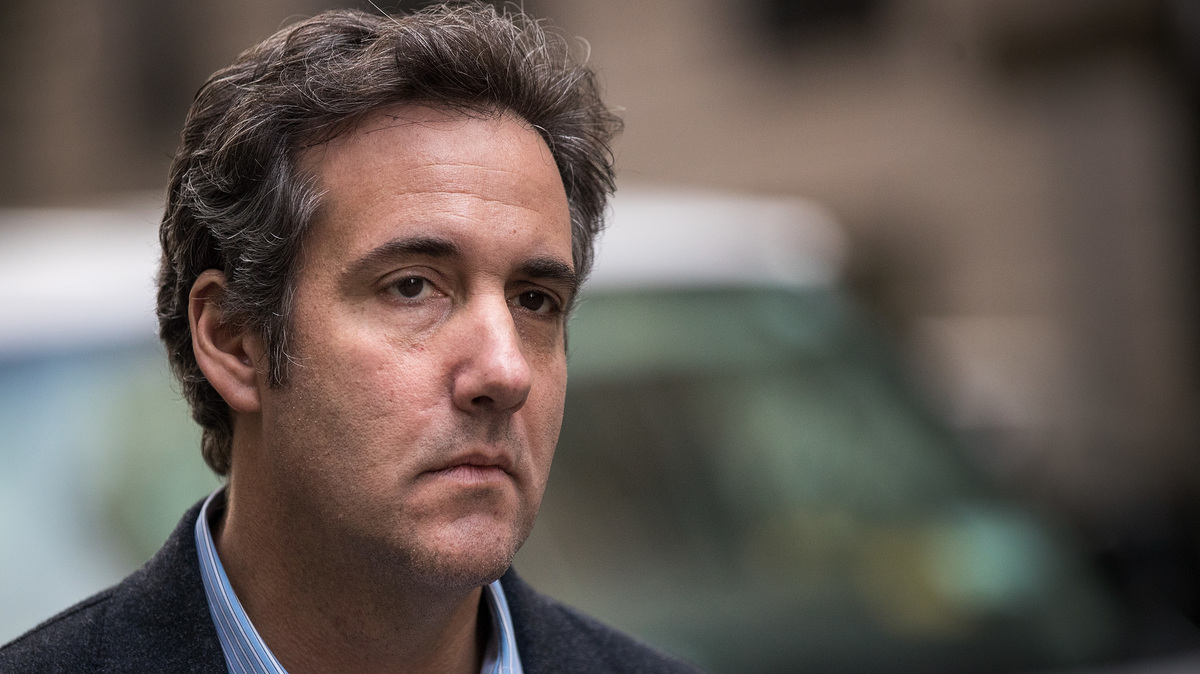 Michael Cohen, former personal attorney for President Trump, has no paperwork, audio recordings or other hard evidence to back up his story that the then-candidate approved the 2016 Trump Tower meeting, CNN also reported.

This week in the Russia investigations: Michael Cohen goes rogue; what would it mean if it is determined he is telling the truth? And, the effort to impeach Rod Rosenstein sputters in the House — for now.

Donald Trump's onetime attorney Michael Cohen says he is prepared to tell the FBI that Trump knew about and approved the June 2016 meeting at Trump Tower at which a Russian delegation had offered dirt on Democrats to Donald Trump Jr. and other Trump campaign heavies, CNN reports.

President Trump has denied that he knew about it, and he denied it again following the cable network's explosive story, as NPR's Brian Naylor reported.

Cohen says he could testify about being in the room with the Trumps when the candidate gave the green light to his eldest son to hold the meeting with the Russians, according to CNN. But Cohen has no paperwork, audio recordings or other hard evidence to back up his story, CNN also reported.

Rudy Giuliani, one of the president's personal attorneys in the Russia investigation, jumped on that when he began responding to the CNN report: Not only does Cohen not have anything to back up his story, and not only is he in a serious jam with federal investigators in New York City, but he also doesn't tell the truth about anything — he's the "liar in chief," as Giuliani told NPR.

What would it mean if Cohen actually were to give this testimony to investigators?

It might corroborate other evidence that special counsel Robert Mueller already has. There have been earlier suggestions, from elsewhere, that Trump knew about the meeting.

Former White House chief strategist Steve Bannon said he thought the chance was "zero" that Trump Jr. did not take his Russian guests up to meet his father after the meeting. Bannon has since walked that back, reportedly saying he had been speculating.

And Trump Jr. talked with the Senate Judiciary Committee about the phone calls he was making at the time he was setting up the meeting, which followed an offer of help from the Russian government via a series of intermediaries.

Trump Jr. called a blocked phone number during that time. Donald Trump used a blocked number, other witnesses have told Congress. Trump Jr. said he did not remember who he was calling.

If the FBI could substantiate that Trump Jr. called Trump senior at the time he was organizing the Trump Tower meeting and other witnesses — Cohen or others — were prepared to talk about what they saw, it could strengthen Mueller's case.

To what end, though? If this were a normal criminal case, prosecutors might decide whether to present all this to jurors as part of their effort to prove beyond a reasonable doubt that the law has been broken.

But the Justice Department does not believe it can indict a sitting president, as Mueller has reportedly restated to Giuliani and Trump's other lawyers. So even if Cohen were to make a deal with the feds in exchange for leniency involving his other woes in New York, what might be the practical outcome?

One hypothesis: Mueller is required to file at least one confidential report about his work to Deputy Attorney General Rod Rosenstein, although there is no telling whether that report might ever become public under the regulations that govern special counsels.

If Mueller wrote a report with the intention that all or part of it might become public, however — imagine a giant criminal complaint, intended not for a judge but for Congress or all Americans, with the idea that its readers could take action based on its findings — the Cohen and other evidence could appear there.

Why would it matter if Trump knew about the Trump Tower meeting?

Russian operatives spent much of the spring of 2016 trying to bore holes in the Trump campaign. They importuned junior policy aides, staffers and others with offers of help and requests for meetings, both directly and indirectly. It isn't clear whether any of those succeeded or precisely who knew in the campaign about what was taking place and what actions they took.

What is clear, based on the evidence that has emerged since, is the outreach to Trump Jr. did yield results — the meeting. The Russian government said through intermediaries to Trump Jr. that it was supporting Trump and wanted to help the campaign. The Russians then dispatched the delegation that visited Trump Jr. in New York in June with that aim. 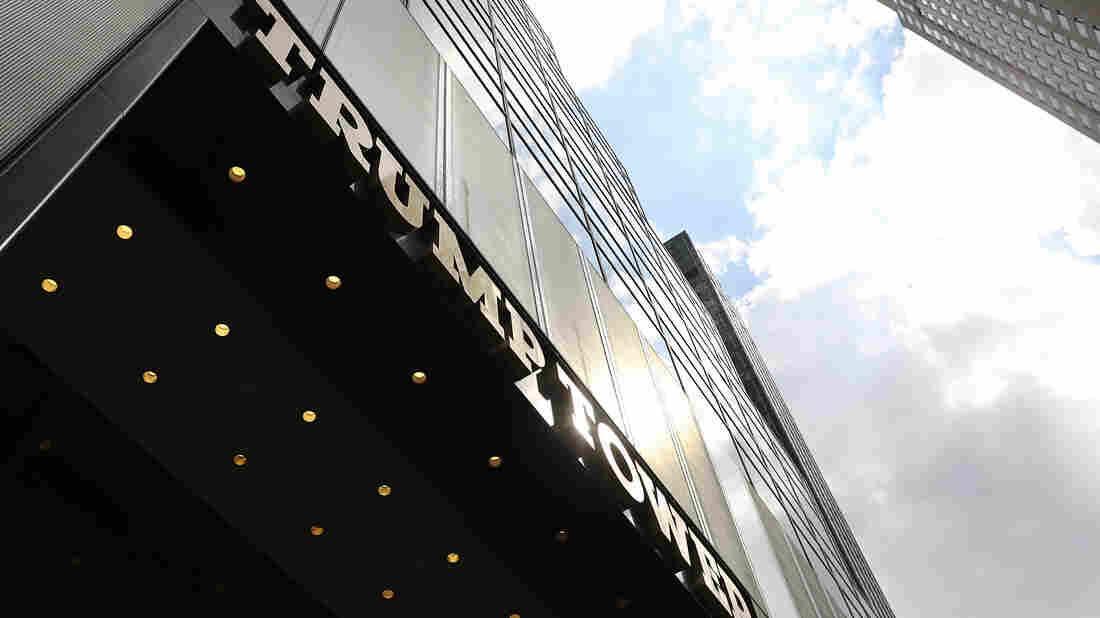 The explosive CNN report centered on the June 2016 meeting at Trump Tower at which a Russian delegation had offered dirt on Democrats to Donald Trump Jr. and other Trump campaign heavies. Spencer Platt/Getty Images hide caption 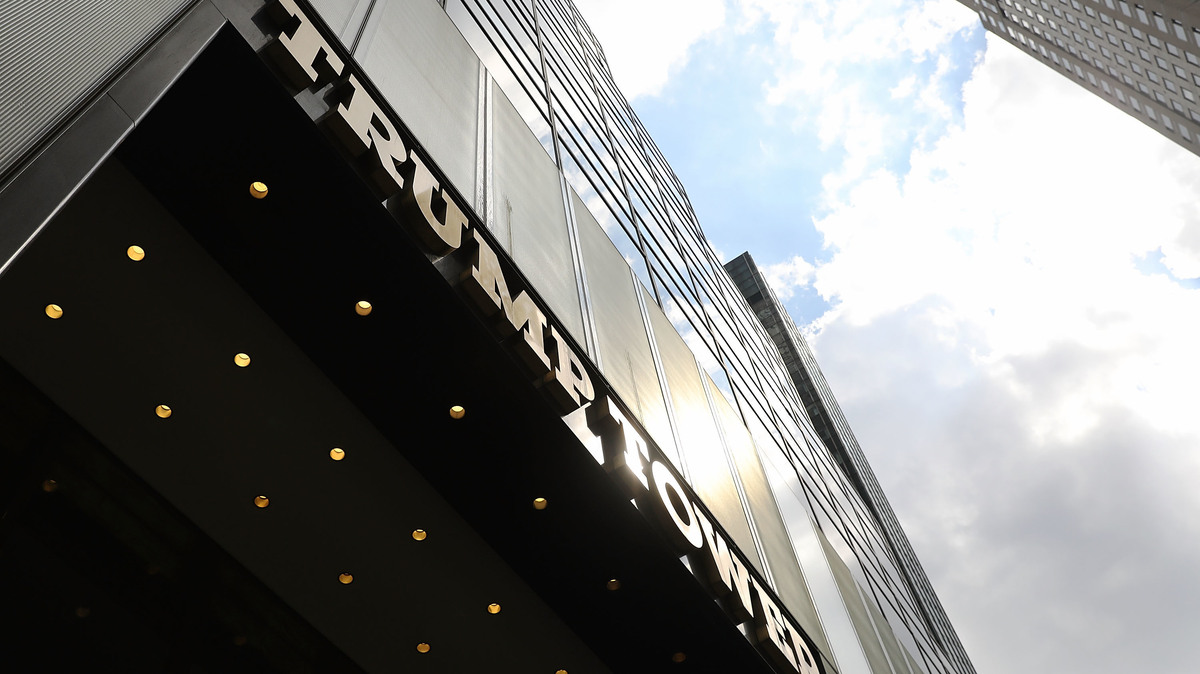 The explosive CNN report centered on the June 2016 meeting at Trump Tower at which a Russian delegation had offered dirt on Democrats to Donald Trump Jr. and other Trump campaign heavies.

If Trump knew beforehand and approved the meeting, he was knowingly accepting the assistance of a foreign power in the election — arguably a violation of U.S. campaign finance law, which prohibits all foreign sources of contributions and benefits in-kind — and he or other campaign aides may have gone on afterward to continue to work with that same foreign power.

To be clear, that case has not been proven and Trump and everyone else in the Trump camp denies it. The notion of collusion or a conspiracy is a "hoax," Trump frequently says, and Mueller's investigation is a "witch hunt."

However: There are suggestions in the public evidence that raise questions about the timing of events in the summer of 2016.

Item: On July 27, 2016, Trump asked "Russia, if you're listening," to try to find emails that his Democratic rival Hillary Clinton had deleted from the server she used as secretary of state.

On that same day, according to Mueller's indictment of Russian military officers charged with cyberattacks, the military intelligence agency GRU "attempted after hours to spearphish for the first time" emails associated with Clinton and her campaign.

In short, if Cohen is determined to be telling the truth and Trump had been briefed about the Russians' offer of help before Trump Jr. convened the June 2016 meeting, it could mean Trump knew then that Russia was listening and that he expected it to act as it did.

Deputy Attorney General Rod Rosenstein lived to fight another day this week following a formal threat to impeach him in the House.

Republican Reps. Mark Meadows of North Carolina and Jim Jordan of Ohio introduced legislation that would have started the ball rolling on a process that could lead to Rosenstein's removal — but the effort quickly ran out of steam.

Few battles are ever completely won or lost in Washington, D.C., however, and Rosenstein's victory might only hold for the rest of the summer. Meadows and Jordan may not have gotten a vote, but they do have a live bill in the House, one for which they can try to rally support in the country during the August recess.

House conservatives — including Ryan — still say the Justice Department isn't producing the documents they want about the early stages of the Russia investigation, which means Rosenstein isn't out of the woods completely.

Earlier this year, supporters of House intelligence committee chairman Rep. Devin Nunes built a drumbeat on behalf of releasing his memo about alleged surveillance abuses — one that ultimately succeeded.

If Meadows and Jordan have a campaign like that in mind as Jordan also plows ahead with his long-shot campaign to become the next House speaker, the bid to impeach Rosenstein could roar back around again when the House is back in session this autumn.