Accessibility links
Pentagon Identifies Remains Of Missing Tuskegee Airman The pilot is one of 27 Tuskegee Airmen who went missing during World War II. Lawrence Dickson's plane crashed in 1944, and his remains were found in Austria. 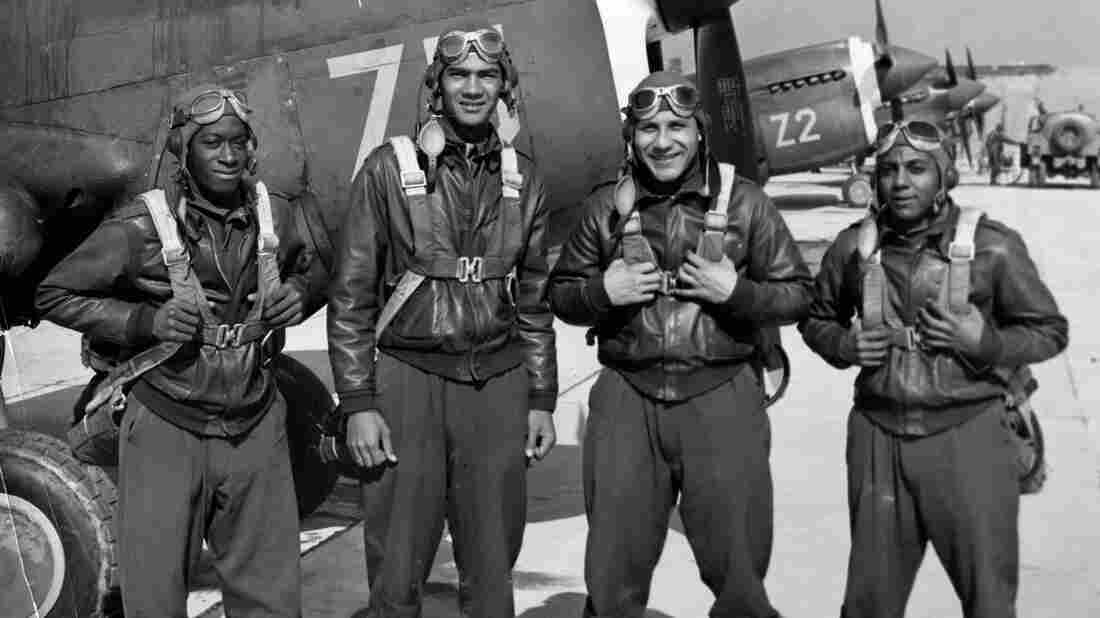 The Pentagon has identified the remains of Lawrence E. Dickson (second left), pictured in 1942 with members of the graduating class at Tuskegee Army Flying School. Afro Newspaper/Gado/Getty Images hide caption 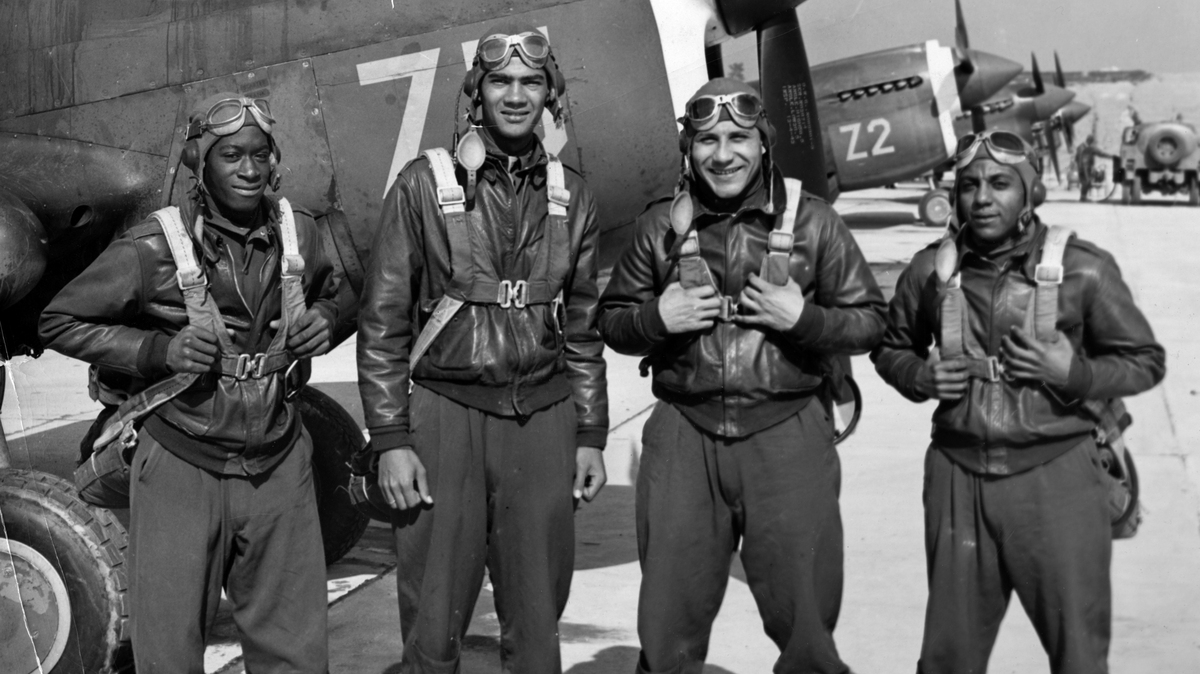 The Pentagon has identified the remains of Lawrence E. Dickson (second left), pictured in 1942 with members of the graduating class at Tuskegee Army Flying School.

After more than 70 years, the Pentagon has confirmed that human remains found at a crash site in Austria are those of a Tuskegee Airman who went missing during World War II.

Capt. Lawrence E. Dickson is the first of the black World War II aviators known as the Tuskegee Airmen whose remains have been accounted for and is likely the first missing Tuskegee Airman found since the end of the war, according to The Washington Post.

During the war, 27 Tuskegee Airmen went missing in action, according to The Root. They were among more than 1,000 black pilots who trained at the Tuskegee Army Air Field in Alabama. According to The Washington Post, nearly half of those served in combat, flying patrol and bombing missions. The tails of their fighter planes were distinguished from those of other pilots by their red tails.

On Dec. 23, 1944, 24-year-old Dickson took off from his base in Ramitelli in southern Italy. He was leading an escort for a photo reconnaissance plane, according to the Post.

They were headed for Nazi-occupied Prague when, an hour into the trip, Dickson radioed that he was having engine trouble. According to the account of a wingman, Lt. Robert L. Martin, reported in the Post, Dickson turned his plane toward home. As Dickson looked for a spot to land or bail out, Martin saw him "jettison the canopy of his cockpit." He then lost sight of Dickson, and when Martin and the other wingmen looked for a parachute or wreckage, they didn't see anything across the snow-covered valley.

The Post reports that Dickson's wife, Phyllis, received a telegram that he had been reported missing in action. Months later, the Post reports, she wrote to the War Department, inquiring about her missing husband.

"Please believe me when I say I have been greatly distressed," she wrote. "I have tried to be brave (but) it has really been an effort."

"I meet the mailman daily hoping & praying for some news but so far none."

Since 2011, Defense POW/MIA Accounting Agency analyst Joshua Frank has been taking a new look at World War II crash sites in Italy, the Post reports. He found a report in German records of a crash on Dec. 23, 1944, just over the border with Austria. When Frank went to visit the site, he found a crater, with a layer of moss covering airplane parts of a P-51, the type of plane Dickson had been flying.

"They still had the ash on them, still burnt," Frank said, according to the Post. "All of the older pine trees around the site had scars on the trees from when the plane was burning and the .50-caliber rounds popped off and hit the trees."

Archaeologists excavated human remains from the site, the Post reports, from which DNA was extracted.

On Friday, the DPAA informed Dickson's daughter, Marla Andrews, of East Orange, N.J., that the remains were those of her father. She told the Post, "I feel great! I really do feel a relief . . . I had a good crying jag." She said she wants him to be buried at Arlington National Cemetery.