Accessibility links
The 200 Greatest Songs By 21st Century Women+ This list tackles history in the making, celebrating women and non-binary musicians whose songs are redefining genres and attitudes and changing our sense of what popular music can be in this century. 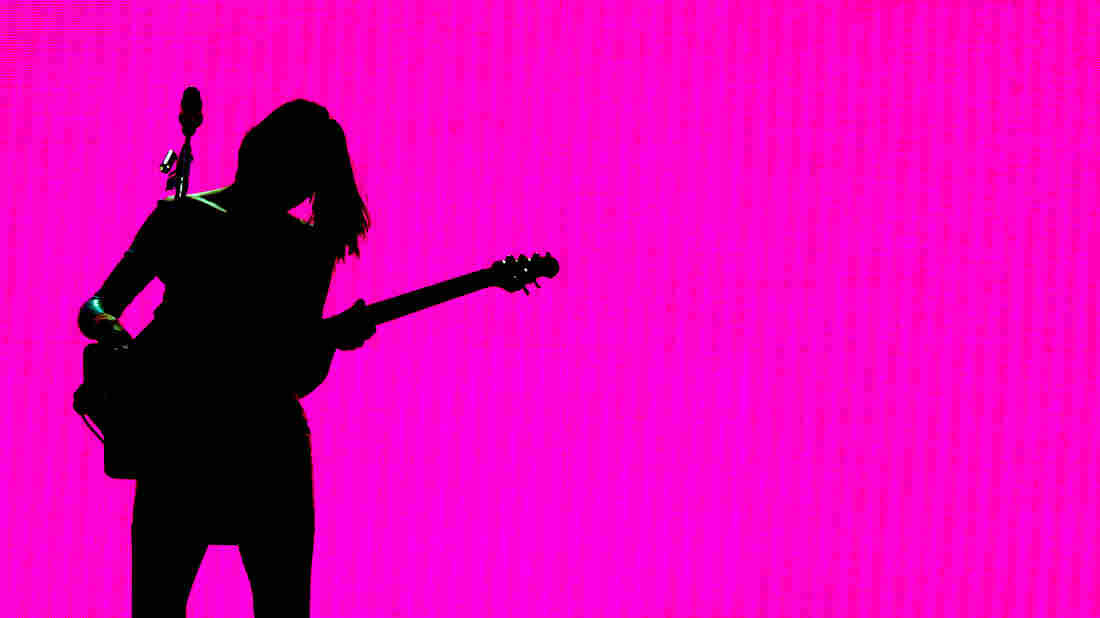 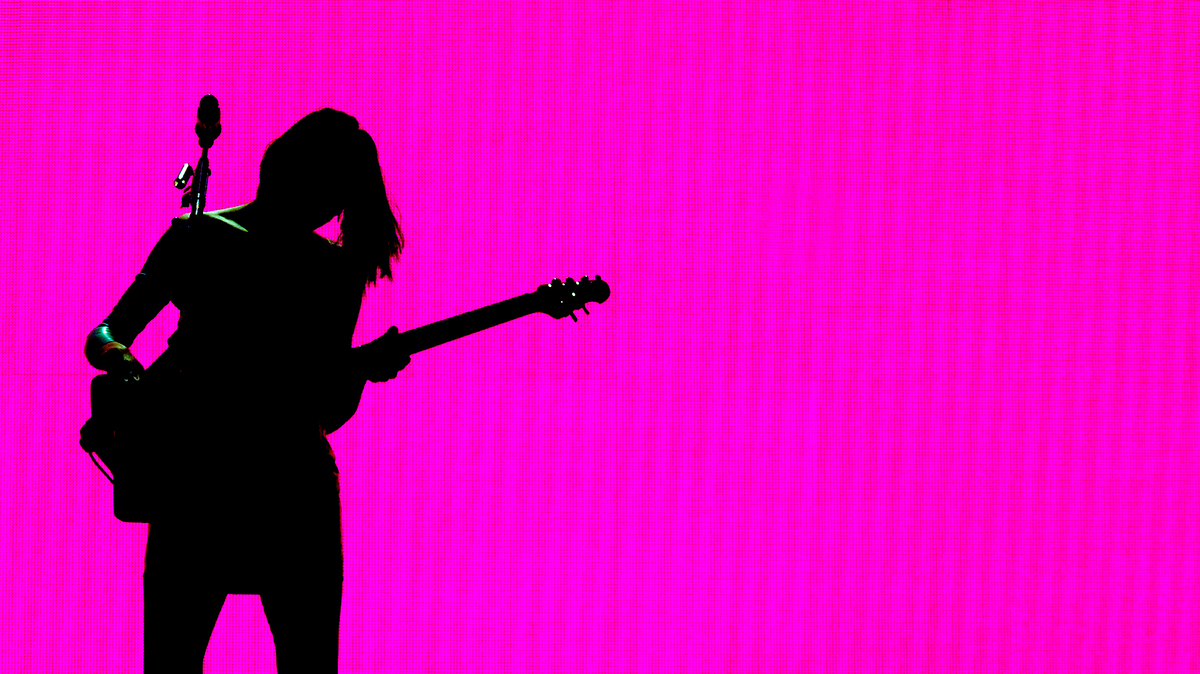 In 2005, Lori McKenna won the songwriter lottery when Faith Hill recorded three of McKenna's songs, effectively ushering the New England folk singer into the Nashville country music writing fold. Since then, McKenna has penned dozens of hits, including her magnum opus "Humble & Kind." Tim McGraw released his version of it in 2016; McKenna recorded her own version for her album The Bird and the Rifle that same year. The song is a list of what McKenna wants to tell each of her five children, with the most important piece of advice at the end of each refrain: "Always stay humble and kind." The authenticity of her writing rings through the song's wonderful simplicity, making it one of the best country tunes to come out in the last 18 years. —Cindy Howes (Folk Alley & WYEP)

Rapsody's sophomore album Laila's Wisdom, named after the North Carolina MC's grandmother, houses the type of truths often dispensed in passing from a porch rocking chair or in the midst of cooking Sunday dinner. Standout track "Black & Ugly," featuring BJ The Chicago Kid, dispenses the type of common sense that society often works so hard to make uncommon: Blackness in any form – light skin or dark, wide or svelte nose – is beautiful. "Talking appearance ain't no diss to me / No one dissin' me / I been to hell and back / And came back up here screaming victory," Rapsody rhymes through her lisp at the tail end of a breath, as a strategic sample from R&B singer Tweet lingers in the background. —Sidney Madden

The first few seconds were a tease: a piano riff like a pavement shimmer, a sweetly cajoling verse. But then the growling guitar hook sneaked in, the vocal line revved up, and by the time the chorus hit Demi Lovato had claimed her crown as millennial queen of muscular, self-assured pop. "Cool For The Summer" celebrates the multitudes that sexuality contains: frank yet lighthearted; die-for-you passionate while keeping it casual; steamy but still, well, cool. —Rachel Horn

Kaki King is a virtuosic guitarist whose playing evokes myriad sounds, like an orchestrion. Her playing is a master class in dexterity, like a precision blade chipping away at hard-to-dispel myths about guitar greatness. Seeing is believing, and King's awe-inspiring command of the six-string has made the path a bit clearer for anyone riding in her wake. Her signature tap-and-slap playing style is neatly showcased in the instrumental "Playing with Pink Noise"; King buzzes about the fretboard and body of her instrument, producing a melodic, percussive soundscape reminiscent of heartbeats and street traffic. —Alison Zero Jones (WXXI)

The artist known as "La Mami del Swagger" is a genre chameleon, spanning merengue to reggaetón to hip-hop, but this single is pure Dominican dembow: humid, irreverent, and meant to put a bump in your trunk. This flipped dembow's sometimes woman-objectifying lyrics, though, by showcasing La Insuperable's insistent, not-having-it rejection of dembow star Chimbala's advances. It's cheeky and infectious, and was instrumental in earning her nickname. —Julianne Escobedo Shepherd

Concha Buika's second album, Mi Niña Lola, brought her from Spain to the world and earned her a slew of accompanying awards. On the titular track, she sings in a man's voice: A father asks his daughter why her face has turned the color of a poppy. Buika's rasp simultaneously inhabits the violent grief of a father and the vulnerability of a young girl. For a moment, the voice exists outside the body of man or woman, a primal cry from one of the best living flamenco singers (of any gender) of our time. —Stefanie Fernández

"Hit The Ground," from Lizz Wright's Dreaming Wide Awake, is simple both melodically and lyrically, but encapsulates what has made the vocalist a stand-out among her contemporaries: the emotional impact of her voice. The song, co-written with Jesse Harris and Toshi Reagon, is rootsy in nature, illustrating the singer's range and reluctance to be categorized by any one genre. —Amy Miller (KXT)

Drummer and composer Allison Miller is not only highly lauded for her jazz chops; she's regularly sought out by singer-songwriters, too. "Otis Was a Polar Bear" showcases the talents of her Boom Tic Boom band, including the well renowned Jenny Scheinman on violin. As "Otis" delicately teeters between a light innocence and a dark, well-mannered cacophony, Miller proves herself to be a compelling player and inventive composer. —Amy Miller (KXT)

"I am those who are free and never fear": Those are the first words in this Tunisian artist's anthemic outcry that took her music from the streets of Tunis during the Arab Spring to the Nobel Peace Prize Concert. With those lyrics (written by friend Amin El Ghozzi), the sweet-voiced singer-songwriter became the torch-bearer of her generation. —Anastasia Tsioulcas

Country singer-songwriter Ashley McBryde may only have one album to her name (her 2018 debut, Girl Going Nowhere), but she has already established herself as one of the genre's more important new voices. The title track showcases both McBryde's vulnerable vocals and her evocative writing, and offers a glimpse at how McBryde, who grew up in small-town Arkansas, went from "nowhere" to an interview in the New York Times. —Brittney McKenna

Phoebe Bridgers' "Smoke Signals" is a bookmark in time. Released in January 2017, the rising singer-songwriter sang softly of Lemmy and David Bowie's then-recent deaths, and more than a year later, each deliberately plucked bass note still evokes the heaviness of 2016. Lucky for us, Bridgers is adept at finding beauty in the pain of loss. —Kristen Kurtis (WXPN)

Ann and Regina McCrary spent decades singing behind gospel, pop, country and Americana acts (even Bob Dylan during his born-again phase) before they, along with sisters Alfreda and Deborah, dedicated themselves to making their own music as an all-female gospel quartet. During live performances and on their albums (all of which were released this decade) the McCrary Sisters have exuberantly asserted their collective musical identity. The McCrarys have built a repertoire that spans down-home a capella harmonizing learned from their father's group, the Fairfield Four; the rootsy, Staples-style feel celebrated in the Americana scene; and more contemporary, urbane flavors of gospel and R&B. "Train," an update of the traditional "This Train is Bound for Glory" penned by Ann McCrary, is the Sisters' funkiest number, and a great example of their musical showmanship. Circling around an insistent groove, Ann strings together sinuous snippets of melody, then enters into a call-and-response with her sisters, who sing in authoritative unison before cooing and shouting with mass-choir precision. —Jewly Hight

When you're KING, you've got your sights set on ruling your musical kingdom. Twins Paris and Amber Strother are part of a musical Minnesota royal family that includes their electric bluesman uncle, Percy Strother – and together with musical collaborator Anita Bias, they earned early admirers like Prince. Inspired by the legendary boxer Muhammad Ali, "The Greatest" embodies KING's powerful ethos. —Lindsay Kimball (The Current)

Icelandic composer Anna Thorvaldsdottir conjures a sparkling igloo during this movement: pristine panes of delicate frost fortifying a cacophonous fortress. Although glittering from a distance, the igloo's innards hold something dark and churning. The opening part of the four-part movement composed for and performed by members of the International Contemporary Ensemble, "Luminance" unites cello, viola, harp, piano, percussion and electronics into a chilled cocktail that feels as sharp and invigorating as the verdant, storied countryside of Thorvaldsdottir's home country. —Beca Grimm

Institutions often betray us, but it's a particularly sharp sting for believers when churches crumble beneath the sins of man. "Well, pastor lost his position / Went down for pornography," Mackenzie Scott, aka Torres, sings on "Sprinter." The shock value is as laugh-out-loud funny as Scott's fury at hypocrisy is soul-searing. "Sprinter" is laced with a spiraling distortion that echoes hurricane-strength winds; perhaps the silver lining of this storm is the truth found in the wreckage. —Cyrena Touros

When the song "Dy-Na-Mi-Tee" hit the U.K. charts in 2002, you couldn't escape people singing along to the catchy chorus. Ms. Dynamite was the socially-conscious, politically-minded, feminist rapper many in the U.K. had been waiting to hear. Today, the British M.C. is considered one of the early founders of grime music, a mostly male-dominated genre. She has also influenced the likes of Amy Winehouse, Katy B and Lady Leshurr. And to this day, if you walk down any street in London and say Ms. Dynamite's name, someone will no doubt sing "Dy-na-mi-TEE." —Gemma Watters

All it took was one viral single to springboard Jorja Smith from a Starbucks barista job in Walsall, England, to international stages. "Blue Lights," the R&B star's debut single, questions the social constructs that have led black and brown men to feel tension around police with surprising poignancy and frank delivery. Invoking the drowsy drawl of Amy Winehouse, trying her hand at a Mobb Deep-inspired rap and sampling grime pioneer Dizzee Rascal, Smith proves on this layered ballad that she did her musical homework and didn't merely luck into a Soundcloud hit. —Sidney Madden

Most girls under the age of 12 (not to mention the obliging adults in their lives) could easily recite every word of "Let It Go," the immensely popular theme from Disney's Frozen. But those words have a potent power of fearless self-acceptance, thanks to co-writer Kristen Anderson-Lopez, and Idina Menzel's sublime, acrobatic vocal. "That perfect girl is gone," she sings, but a stronger one now stands in her place. —Lindsay Zoladz

2014 is the year St. Vincent became a rock star. Heavily influenced by her work with David Byrne just before its release, "Digital Witness" could not have burst more forcefully off of St. Vincent if Annie Clark had been playing a Mad Max flame-guitar to record it. Funky, electric, robotic, distorted and somehow both icily distant and searingly immediate, this track is the biggest pin yet on the map of Clark's ascent to modern guitar god. —Katie Presley