Accessibility links
Some Amazon Reviews Are Too Good To Be Believed. They're Paid For In shadow marketplaces, positive reviews for Amazon products are bought and sold. The company says it's cracking down and that it estimates that less than 1 percent of reviews are fake. 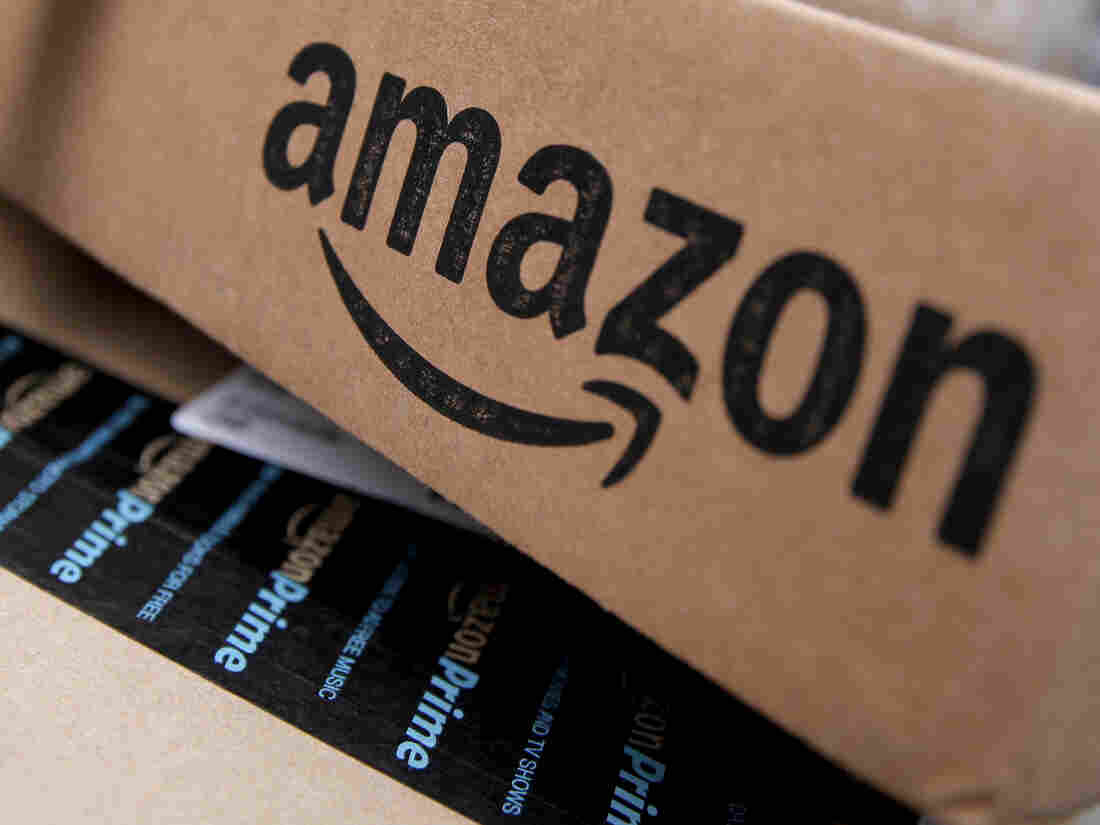 In shadow marketplaces, positive reviews for Amazon products are bought and sold. The company says it's cracking down and that it estimates that less than 1 percent of reviews are fake. Mike Segar/Reuters hide caption

In shadow marketplaces, positive reviews for Amazon products are bought and sold. The company says it's cracking down and that it estimates that less than 1 percent of reviews are fake.

Travis is a teenager living in a small town in the Northeast. He enjoys hunting and shooting, and keeps a rifle at home. But with several younger siblings around the house, he wanted to make sure his gun was safe. So he ordered a trigger lock on Amazon, to prevent the gun from firing.

"The reviews were great, five-star reviews," says Travis, who asked that NPR use only his first name to avoid scrutiny and possible legal attention. "[They] said it worked great, locked perfectly, the combination system worked great."

"The combination doesn't even matter; the lock just opens," Travis says. "It's cheap plastic, it will pull apart as soon as you give it any force."

Thankfully, he realized this immediately, went to a store, and purchased a proper trigger lock for his gun. Everyone at home is fine.

Travis rues the experience, and the stellar reviews that led him to purchase the faulty lock in the first place. He didn't realize it at the time, he says, but he's now certain that those glowing reviews were paid for. And that many of the people who gave the trigger lock excellent reviews may never have opened the package in the first place.

Travis is certain of this because he himself is now a prolific paid reviewer. He writes Amazon reviews for money, and he commissions others to do the same — for a company that approached him online. (Note: Amazon is one of NPR's financial sponsors.)

"I don't think it's right that people can write fake reviews on products," Travis says. "But I need the money."

NPR spoke with several people who write Amazon reviews for pay, from a college student in Puerto Rico to a stay-at-home mother in the Midwest. Such reviews are a problem on e-commerce sites, outside auditors say, and they proliferate in online channels set up for this purpose.

Much like Amazon itself is a marketplace for goods, a world of separate, shadow marketplaces exists where reviews for Amazon products are bought and paid for — private Facebook groups, Slack channels, subreddits and more.

According to outside auditors like Fakespot and ReviewMeta, more than half the reviews for certain popular products are questionable. Amazon disputes those estimates.

"Our approximation is that less than 1 percent of reviews are inauthentic," says Sharon Chiarella, vice president of community shopping at Amazon. She adds that "sometimes individual products have more suspicious activity."

"We have built a lot of technology to assess whether or not we think a review is authentic," Chiarella says. "The star rating, a lot of people think that's an average ... it's actually much more intelligent. It's a weighted calculation that gives more weight to reviews we trust more and less to reviews we trust less."

Amazon looks for suspicious patterns of behavior that might indicate a paid or incentivized review. Penalties for cheating can be harsh — in the past three years, Amazon has sued more than 1,000 sellers for buying reviews.

Chiarella says the lawsuits give the company the opportunity to subpoena bad actors to get data from them. "That allows us to identify more bad actors and spider out from there and train our algorithms," she says.

But this has led to a sort of digital cat-and-mouse game. As Amazon and its algorithms get better at hunting them down, paid reviewers employ their own evasive maneuvers. Travis, the teenage paid reviewer, explained his process.

Don't Necessarily Judge Your Next E-Book By Its Online Review

If something catches Travis' attention, he approaches the seller and they negotiate terms. Once he buys the product and leaves a five-star review, the seller will refund his purchase, often adding a few dollars "commission" for his trouble. He says he earns around $200 a month this way.

The sellers provide detailed instructions, to avoid being detected by Amazon's algorithms, Travis says. For example, he says, "Order here at the Amazon link. Don't clip any coupons or promo codes. [Wait 4 to 5 days] after receiving [the item]." This last instruction is especially important, Travis adds. "If you review too soon after receiving it'll look pretty suspicious."

Renée DiResta says these persistent efforts to game the system amount to a sort of whack-a-mole problem for Amazon. DiResta researches disinformation online as director of research at New Knowledge, and is a Mozilla Fellow on media, misinformation and trust.

As part of her research, DiResta said she wrote her own paid reviews through the same kind of marketplaces that Travis frequents.

"Being on the first page of Amazon is profoundly impactful for businesses," DiResta says. "Doing well on Amazon really makes or breaks brands."

She says the types of companies commissioning paid reviews are often Chinese brands selling on the Chinese e-commerce giant Alibaba. They're looking to penetrate the U.S. market.

"If you order from Alibaba, it's going to take six to eight weeks to arrive; it's not a great experience," DiResta says. "If you buy on Amazon, it feels like a protected transaction."

She adds that by using Amazon to migrate their products to the U.S. market, these sellers can take advantage of Amazon Prime's superior shipping and logistics, as well as the reputation and trust that comes with the Amazon brand. Not to mention the cachet of its user reviews.

"That's potentially deeply harmful to Amazon as a brand," DiResta says. "When people begin to realize what they're buying is cheap junk or won't hold up."

In the end, DiResta says, this problem may not have a solution. As Amazon keeps cracking down, paid reviewers will keep finding ways to evade the company's attempts. Customers can turn to outside review sites like CNET or Wirecutter to find transparent information. But as long as there's a business incentive to game them, online user reviews will remain muddy waters.