Accessibility links
Tuck & Patti, Live In Concert: Newport Folk 2018 The jazz duo opened its set with "Heaven Right Here," one of the early '90s tunes that had Tuck and Patti on the charts and all over jazz radio. 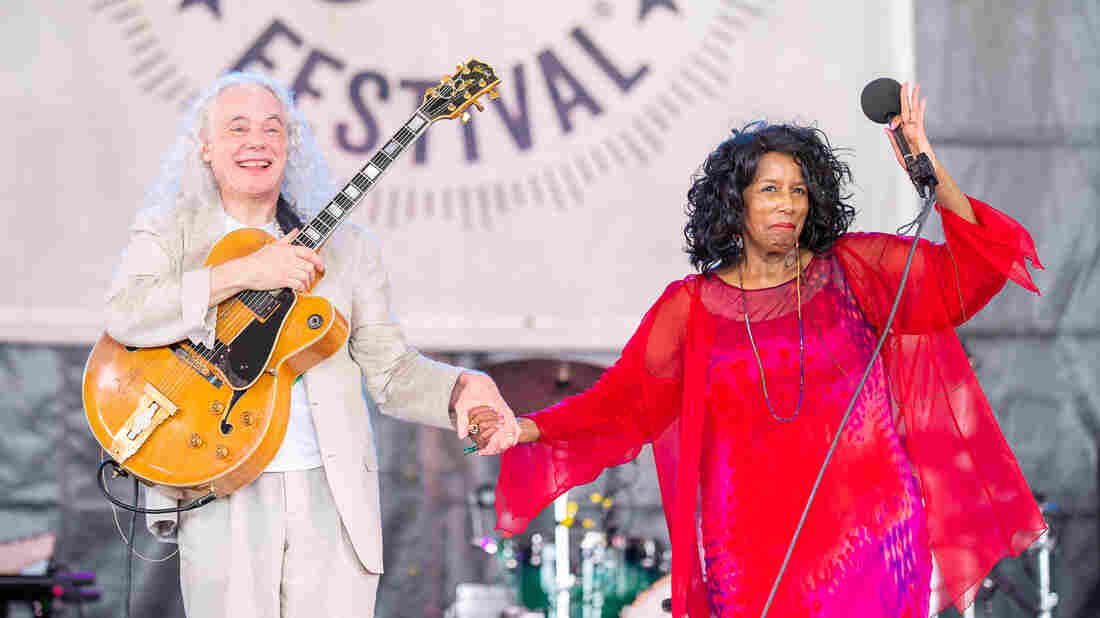 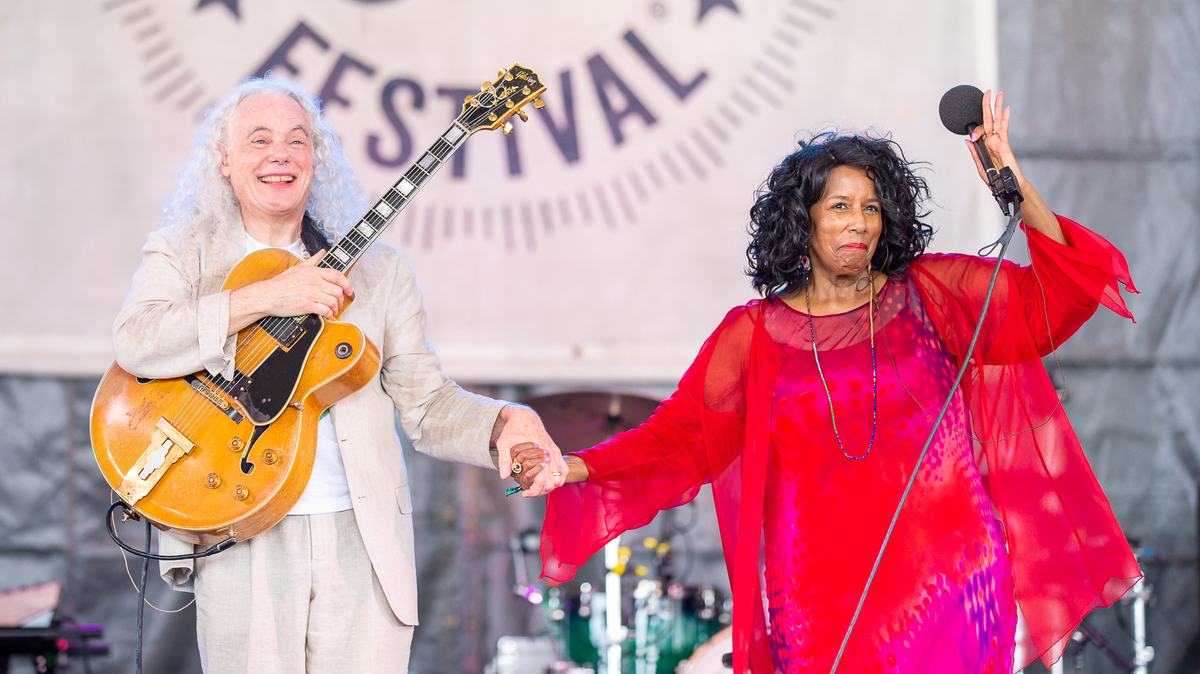 Tuck and Patti need no more than each other and a guitar to make magic. Married and making music for nearly 40 years, Tuck Andress and Patti Cathcart perform as one with his masterful guitar playing and her fluid, free vocals.

They were first up on the QUAD stage and started with a blessing for the stage as Newport Folk Festival kicked off in it's classic style with a curve ball of a jazz artist. Later that same day, their niece, St. Vincent, closed the very same stage with her aunt and uncle watching side-stage. Early in her journey, Annie Clark was a roadie for Tuck and Patti and clearly shares Tuck's guitar shredding chops. They all recently did a children's record together that Annie described as a "kids record for parents with taste."

The duo opened its set with "Heaven Right Here," one of the early 90's tunes that had Tuck and Patti on the charts and all over jazz radio. The set was both minimalist and intricate, full of improvisation and stunning guitarplaying that had many of us wondering, 'How does he do that?'