Accessibility links
Citizenship List In Indian State Stokes Fears Of Deportation The government has issued a draft citizenship list that leaves off some 4 million people who reportedly failed to produce valid documents. 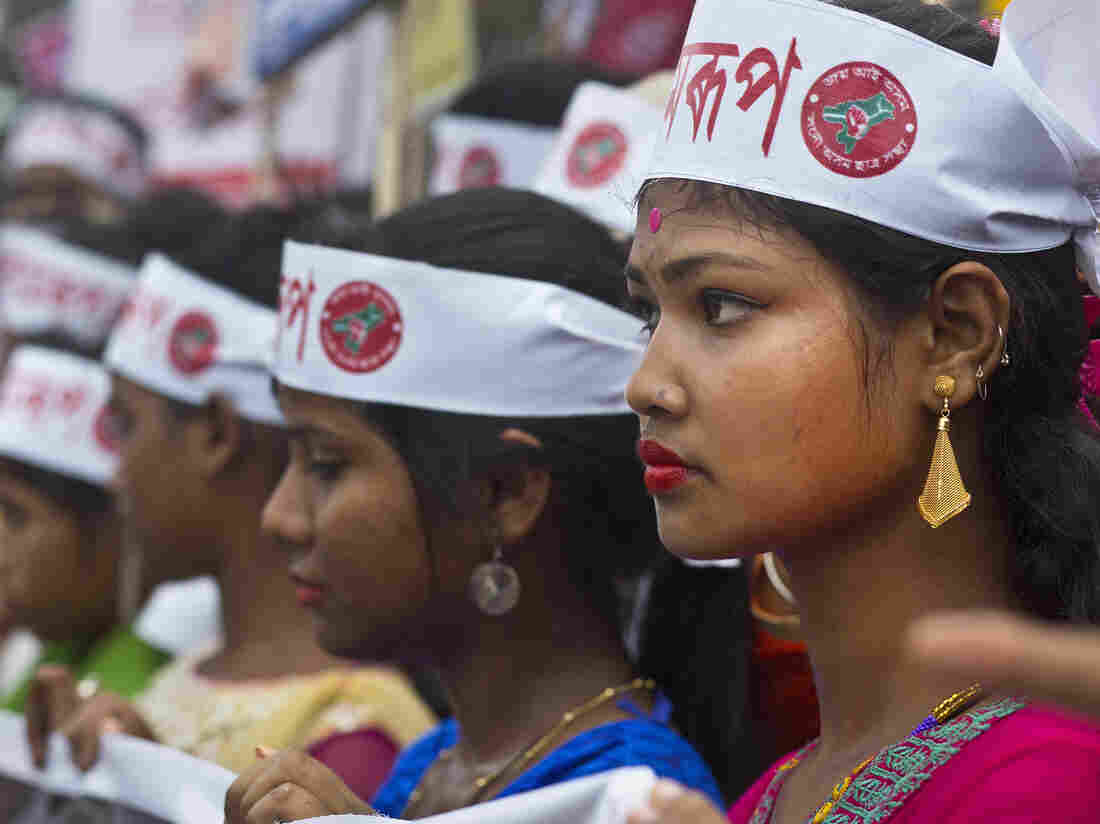 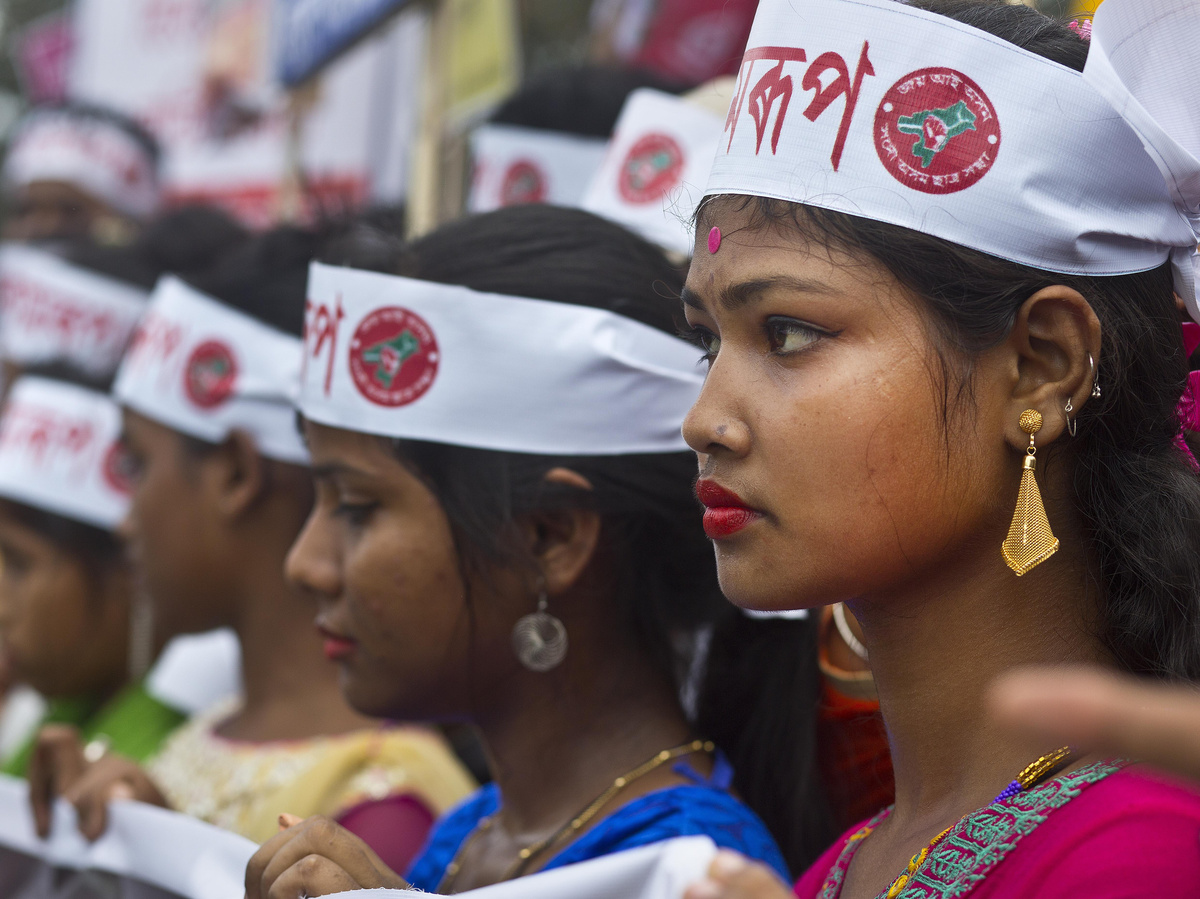 Activists of All Assam Students' Union (AASU), along with 28 other organizations walk during a protest rally against India's Citizenship Amendment Bill 2016 in Gauhati, northeastern Assam state, India, last month.

Some 4 million people in India's northeastern state of Assam have been left off a draft national register of citizens after the government says they failed to show valid documents.

The draft register, which could become the first such update to Assam's citizenship list since 1951, comes amid what some see as a push by Prime Minister Narendra Modi's Hindu-nationalist government to clamp down on a purported wave of illegal immigration from neighboring Muslim-majority Bangladesh.

The first version of the list, which is being prepared under the supervision of the country's Supreme Court, came out in December.

Reuters notes, "Critics see the citizenship test as another measure supported by Modi's Bharatiya Janata Party (BJP) aimed at minority Muslims. The BJP denies any bias but says it opposes a policy of appeasement of any community."

According to The Hindustan Times, "People, whose names have not appeared in the complete list, could end up in detention centres, might get pushed back, become stateless, get long-term work permits without land and political rights."

Thousands of federal security forces have reportedly been deployed to Assam to prevent anticipated unrest over the draft list. The state has been divided into zones to be monitored by senior police officers, according to the newspaper.

Mamata Banerjee, the chief minister of West Bengal state, called the list part of the central government's "divide-and-rule policy" and said it would make people "refugees" in their own country, according to NDTV.

However, officials in New Delhi and in Gauhati, Assam's capital, insist that anyone left off the list will have "ample time" to re-apply and that a final document will not be published until all appeals are processed.

Home Minister Rajnath Singh called the draft "completely impartial" and said, "some people are unnecessarily trying to create an atmosphere of fear."

Citizens left off the list will be able to appeal from Aug. 30 to Sept. 28, according to Sailesh, the registrar general of India, who goes by a single name.

"Adequate and ample scope will be given to people for making objections. No genuine Indian citizen should have any fear," Sailesh said.

Bangladesh broke away from Pakistan in a 1971 war of independence backed by India. Hundreds of thousands of people fled what was then East Pakistan in the 1970s, most settling in Assam.

The Hindustan Times writes, "It was decided that anyone residing illegally in Assam from March 25, 1971 ... would be kept out of the list. To be included in the list, residents of the state had to apply and submit proof that they or their ancestors were in the 1951 NRC or any subsequent voter list till the cut-off date."

Assam, with a population of just under 33 million, is best known internationally as a tea-growing region. However, it has also experienced an ongoing separatist movement fueled in part by ethnic disputes and migration from outside the largely isolated region. The conflict has claimed tens of thousands of lives since the late 1970s.

According to The Economic Times, the Muslim population of Assam grew by 77 percent in a 20-year period from 1971, while the number of Hindus in the region rose by only 42 percent. However, some attribute the rise mainly to higher birth rates and not illegal immigration.

Last month, thousands of people protested in the streets of Assam's capital, Gauhati, against a proposed Citizenship Amendment Bill which would grant citizenship to Hindus who have fled Bangladesh, Pakistan and Afghanistan, alleging persecution by Muslim majorities in those countries. However, Ahmadiyya Muslims, a minority that faces persecution in Pakistan, are not included in the bill.