Accessibility links
'Women Are Not One Thing': The 2018 Turning The Tables List Shines With Diversity NPR Music's Sidney Madden and Marissa Lorusso explore the diversity and staying power found in the songs on NPR Music's list of the 200 Greatest Songs By 21st Century Women+. 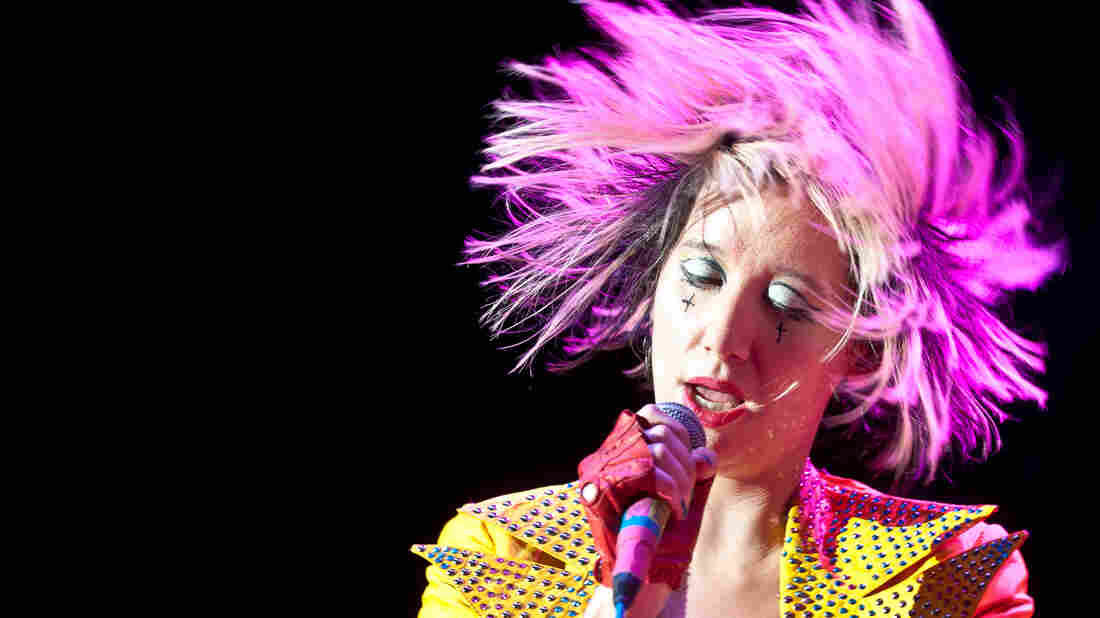 Karen O of the Yeah Yeah Yeahs during her performance at the 2013 Sweetlife Food and Music Festival at Merriweather Post Pavilion in Columbia, MD. Kyle Gustafson/For The Washington Post via Getty Images hide caption 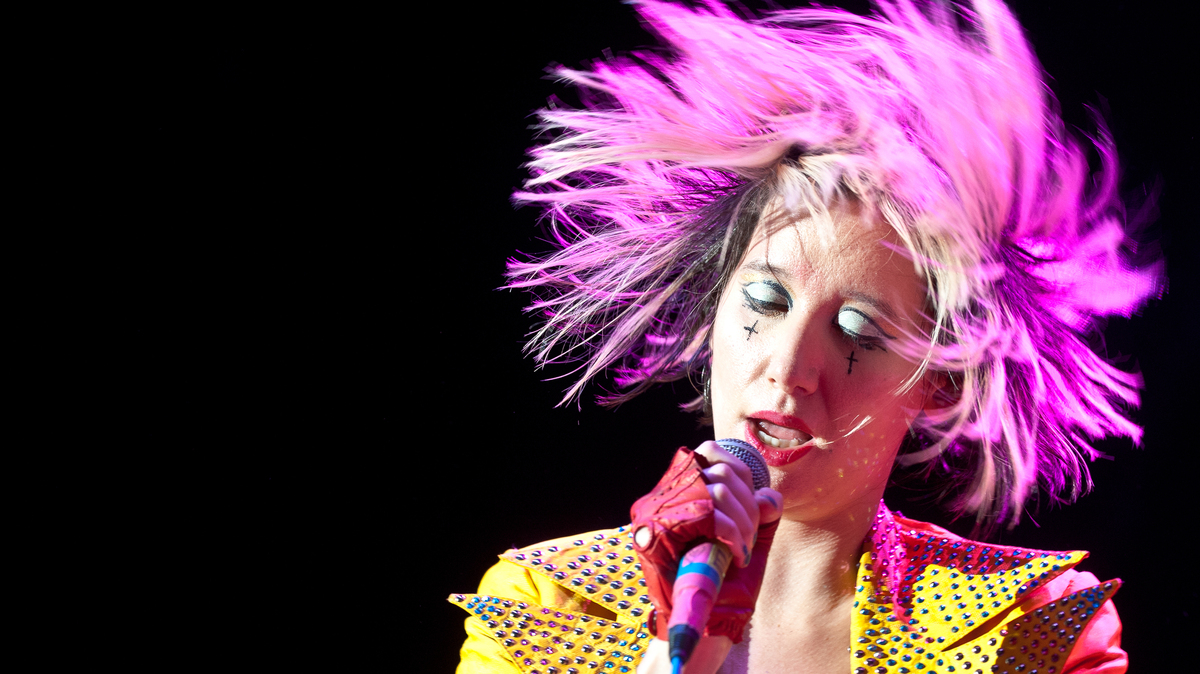 Karen O of the Yeah Yeah Yeahs during her performance at the 2013 Sweetlife Food and Music Festival at Merriweather Post Pavilion in Columbia, MD.

Last year, NPR Music picked the 150 greatest albums made by women for the first year of the Turning The Tables series, an ongoing project dedicated to recasting the popular music canon in more inclusive ways. For the second iteration of the series, more than 70 music journalists took on the massive task of deciding the top 200 songs by 21st century women and non-binary artists. The new criteria meant artists with hits before Jan. 1, 2000, were not considered — so while Beyoncé is on this list, Destiny's Child is not.

With a diverse group of critics weighing in, a diverse list was born, too. NPR Music's Sidney Madden calls it a potpourri of songs from the last two decades — it spans genres and styles, and puts music icons alongside newcomers.

Madden, along with NPR Music's Marissa Lorusso, talked with NPR's Ailsa Chang about compiling the list, their personal highlights and what to take away from the staggering catalog.

Ailsa Chang: So, why make a list of only women?

Marissa Lorusso: We really feel like women are at the center of innovation in music in the 21st century. And frankly, in general, women's contribution to music is so often overlooked. You look at lists, even of the best music of the 2000s, you'll get Beyoncé and Rihanna at the top, but often the rest of the list is really mostly centered around men, and we wanted to correct that and document history and document women's contributions in the moment.

I want you guys to walk me through some of the songs you think are emblematic of these last two decades. I mean is that even a thing, though? Was there a song that encapsulated the entire first two decades after the year 2000? Or is what we get more of a potpourri of different parts of those two decades?

Sidney Madden: Well, potpourri creates a really good visual to go with it. I think there's a lot of variety. As far as R&B goes, Alicia Keys' "Fallin'" was not only her breakout single but it was one of the biggest songs of 2001.

As far as the chord progressions, it's very reminiscent of blues and jazz, and even though she's putting so much soul into her delivery, the lyrics are vague enough to fit so many stories.

Then if you fast forward to 2017, an artist by the name of SZA, her song "The Weekend," that was a huge song in 2017, and it's leaps and bounds away from where we started.

How is this so vastly different from what we heard from Alicia Keys? What do you see as the leaps and bounds?

Madden: The lyrical content is so much more transparent in a way you didn't hear in the early parts of the millennium. She's singing from the point of view of the "other woman" who settles for sex without intimacy in an open relationship. Her songwriting questions if the pangs of jealousy are worth the little moments of ecstasy.

What about you, Marissa? Tell me about some songs that leap out at you from the past 20 years.

Lorusso: One song that really stands out to me from our list is our No. 2 song by the Yeah Yeah Yeahs called "Maps." This band is led by the very charismatic, confrontational, super exceptional singer, Karen O. And they came out of a scene in New York in the early 2000s where rock was having this revival moment. People talk about bands like LCD Soundsystem and The Strokes as being part of that moment, and they don't always talk about the contributions of a band like Yeah Yeah Yeahs, even though Beyoncé actually riffed on a line from the chorus of this song in her song "Hold Up," and the rhythm of the song is said to have influenced the person who wrote Kelly Clarkson's hit "Since U Been Gone." So it's really had staying power.

When you look at all these songs, all these women clumped together on this list, what do you want people to come away with?

Women taking control over their own music and their own creative output is one of the biggest takeaways that can be made from this list.

Madden: As everyone in present company knows, women are not one thing, people are not one thing — they're multi-dimensional. But so often in pop music, women get flattened to fit into an archetype or a stereotype, but within the new millennium, women taking control over their own music and their own creative output is one of the biggest takeaways that can be made from this list.

Turning The Tables 2018 Shows The 'Change Within Tradition'

Wait, that's what the song was about?

Madden: Yeah. See? But it peaked at No. 4. Imagine putting that much political ethos into a song and its No. 4 in America.

Lorusso: I think in this song, M.I.A. really foregrounded politics in her music in a way we see all the time now in 2018. And she was doing it better than I think anyone was.

Madden: Before it was fashionable.