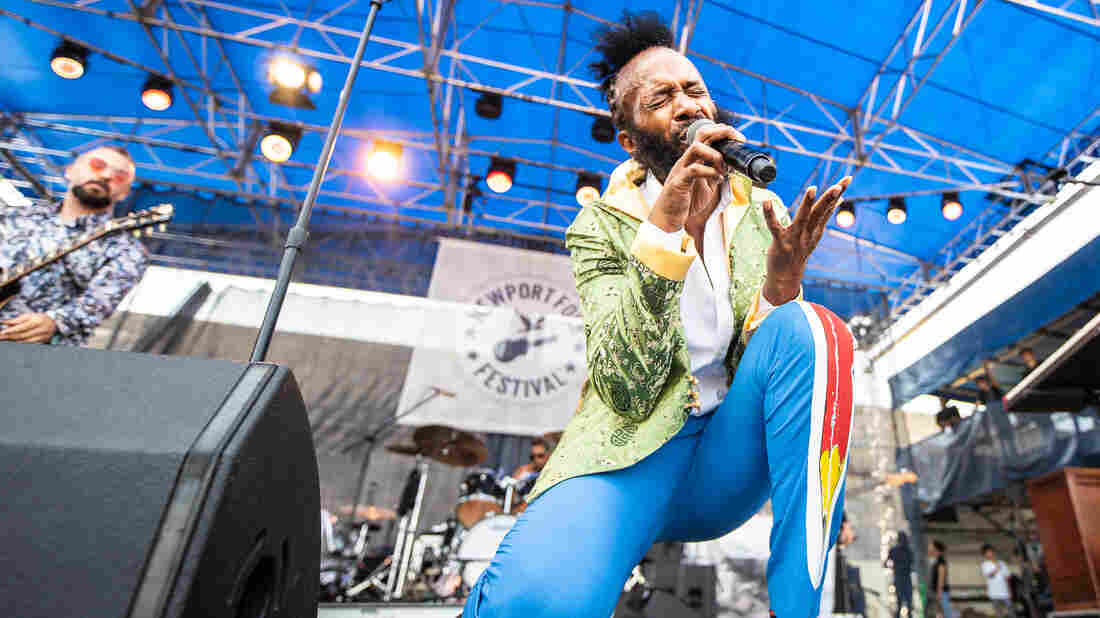 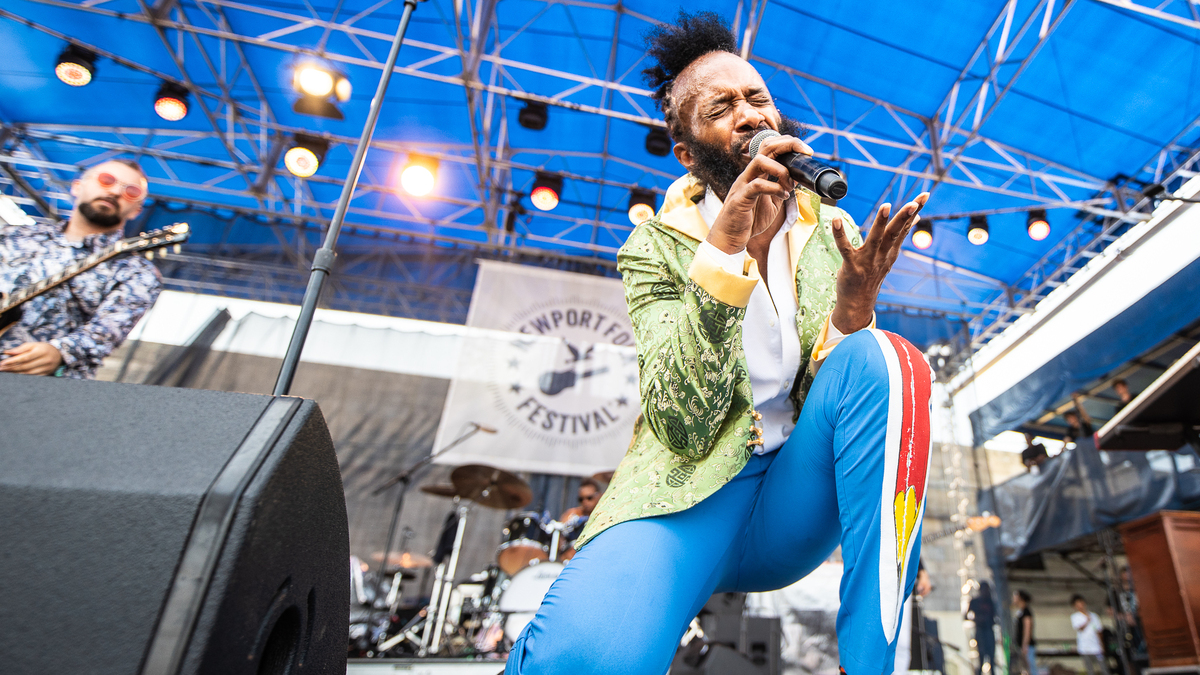 Newport Folk Festival's setting on Rhode Island's historic Fort Adams offers a panoramic view of the picturesque Narragansett Bay and the Claiborne Pell Bridge. Though a steamy summer fog hung over the Fort Stage hindering visibility as Tiny Desk Contest winner Fantastic Negrito, a.k.a. Xavier Amin Dphrepaulezz, took the stage for one of the weekend's first sets, the festival folk he affectionately dubbed the Negrito Nation were unfazed.

Since his stop at the Tiny Desk, the Oakland singer has released two LPs: 2016's The Last Days of Oakland, an album that was awarded the Grammy for Best Contemporary Blues Album in 2017, and most recently, Please Don't Be Dead, an album he says meets today's "fiery times" with "the business of unity." Friday's incisive performance, rich with raging guitar and explosive organ, marked his first appearance at Newport and his first in Rhode Island.

The crisp drumming of "Bad Guy Necessity" cut through the humid haze; the fervor of "Scary Woman" demanded a call-and-response, even from those seated staking spots on the festival lawn. A few songs in, the cloudy conditions cleared, giving way to sweltering sun. "This almost looks like the Bay Bridge," he remarked, motioning toward the Pell Bridge in the distance, bridging the coasts and the terrain in between in speech and sound.