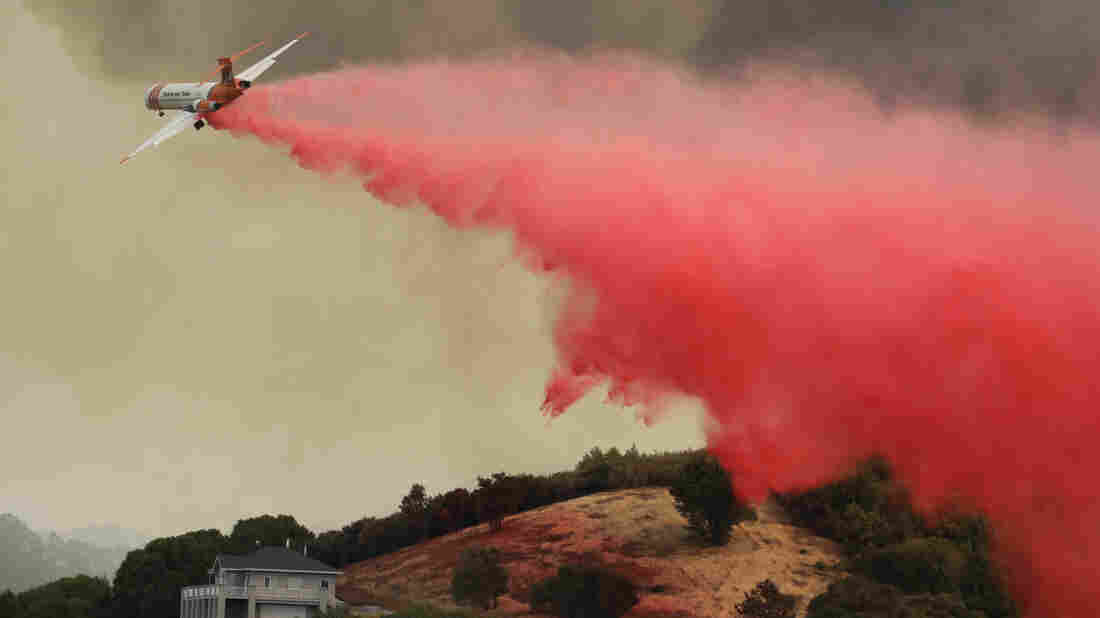 A plane drops retardant over a property threatened by a wildfire, on Monday in Lakeport, Calif. Marcio Jose Sanchez/AP hide caption 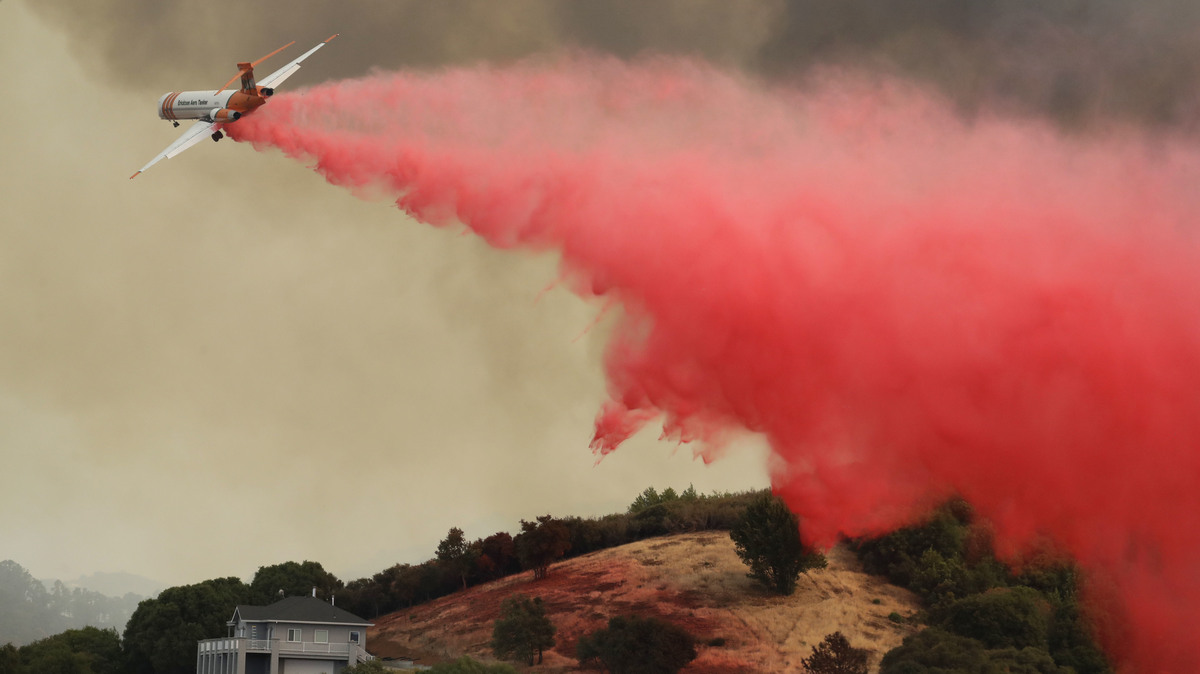 A plane drops retardant over a property threatened by a wildfire, on Monday in Lakeport, Calif.

Firefighters made some ground on the Carr Fire, which has killed at least 6 people, destroyed more than 800 homes and scorched more than a hundred thousand acres in northern California.

Cal Fire says the blaze has been 23 percent contained, up from 17 percent the previous day. The Carr Fire has engulfed 103,772 acres, officials say.

However, with a total of 17 wildfires burning throughout the state, resources are being stretched, officials warn. The Ferguson Fire, which has threatened Yosemite National Park, is now 30 percent contained after burning 57,041 acres, Cal Fire says.

Four firefighters have been killed battling the blazes.

Member station KQED's Jeremy Siegel reports from Redding that authorities in Shasta County, hardest-hit by the Carr Fire, are starting to let some of the thousands of residents who were evacuated at the height of the blaze to return home.

Authorities, however, are facing questions about how quickly they warned people to evacuate ahead of the deadly fire, which jumped the Sacramento River last Thursday and burned through parts of Redding.

Ed Bledsoe, whose wife, Melody and his great-grandchildren, aged 4 and 5, were killed in his Redding home as the flames came through last week, explained to CBS News.

Asked whether he received an order to evacuate, Bledsoe replied "Nothing. Absolutely not a word."

"Nobody told us nothing. If I'd have any kind of warning, I'd have never ever left my family in that house," he said.

Shasta County Sheriff Tom Bosenko told CBS that an investigation into whether the Bledsoe home received a warning call or a knock on the door was underway. The sheriff cited evidence that door-to-door notifications were made in the area, according to The Associated Press.

Meanwhile, twin fires in Mendocino and Lake counties caused the evacuation of 20,000 people in northern California.

"By early evening, the town of Lakeport seemed to be completely deserted, while a few miles away embers, ash and smoke swirled through vineyards where at least one home had gone up in flames. Firefighters set blazes at the bottom of hills in order to burn up the tinder-dry brush before flames cresting the ridge tops could feed on it and surge downhill. A fleet of aircraft made continuous water and fire retardant drops on the blaze. ...

'We have experienced fires the last four years, and so we're very aware of what can happen with fires and the damage they can cause,' Lake County Sheriff Lt. Corey Paulich said."