Accessibility links
Senate Bill To Require Sexual Orientation, Gender Identity Data By 2030 Census A group of Democrats says the data could help more LGBTQ people get access to social services and strengthen civil rights protections. Some privacy experts worry the data could be used against people. 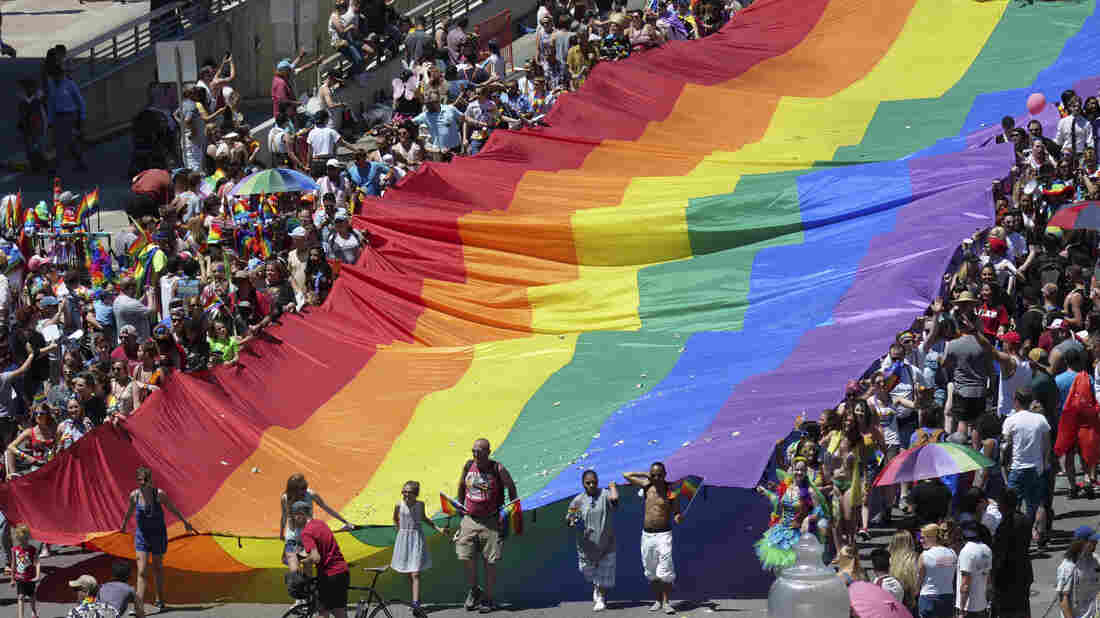 Marchers carry an LGBTQ pride flag during the Utah Pride Parade in Salt Lake City in June. The Senate bill would require the Census Bureau to protect all sexual orientation and gender identity information it collects. Rick Bowmer/AP hide caption 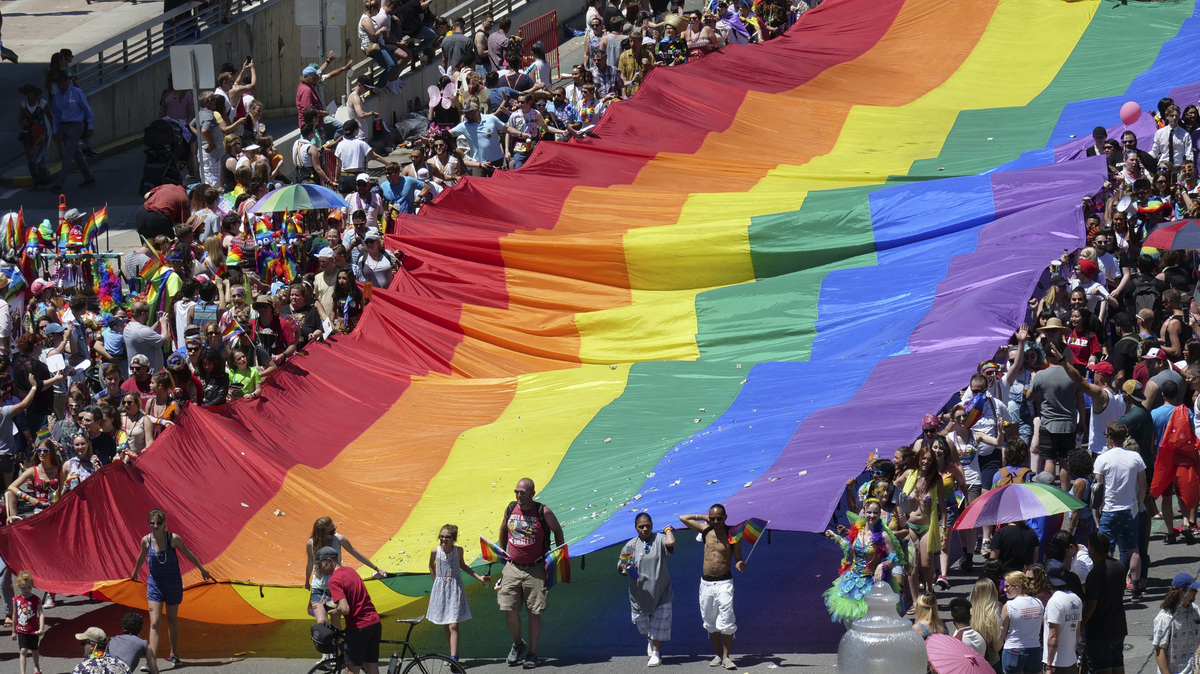 Marchers carry an LGBTQ pride flag during the Utah Pride Parade in Salt Lake City in June. The Senate bill would require the Census Bureau to protect all sexual orientation and gender identity information it collects.

A group of Democratic senators have introduced a bill on Tuesday that would require the U.S. census and the country's largest survey to start directly asking about sexual orientation and gender identity.

If the Census Equality Act becomes law, sexual orientation and gender identity questions would have to be added to forms for the census by 2030 and for the American Community Survey — a survey that about 1 in 38 households are required by federal law to complete every year — by 2020.

Forms for both the American Community Survey and the census — which the Constitution requires every person in the U.S. to take part in — have long allowed people to select "male" or "female" as their sex.

In March, the U.S. Census Bureau announced that the 2020 census questionnaires will include new relationship categories differentiating between "same-sex" and "opposite-sex" couples. That change, some demographers say, could produce the most comprehensive national data yet on same-sex couples.

The new bill — introduced by Sens. Kamala Harris, D-Calif., and Tom Carper, D-Del. — could expand that data set further to include LGBTQ people who are not in relationships as well as people whose gender identities do not align with the sex assigned to them at birth.

"The spirit of the census is that no one should go uncounted and no one should be invisible," Harris said in a written statement. "We must expand data collections efforts to ensure the LGBTQ community is not only seen, but fully accounted for in terms of government resources provided."

Harris and the other Democrats behind the bill say this information could help more LGBTQ people get access to Medicaid, Section 8 housing vouchers and food aid through the Supplemental Nutritional Assistance Program, or SNAP. According to a 2013 report by the Williams Institute, income levels of lesbian, gay and bisexual people are more likely than those of heterosexual people to fall below the federal poverty line.

More comprehensive data about LGBTQ people could also help better enforce civil rights protections against discrimination based on sexual orientation or gender identity and prove those cases in court.

Still, some data privacy experts worry the information could be used against LGBTQ people, especially when many states do not have laws banning workplace discrimination based on sexual orientation or gender identity.

The Senate bill would require the Census Bureau to protect all sexual orientation and gender identity information it collects under the same privacy standards for other types of data. Federal law prohibits the bureau from releasing any census information that would identify individuals until 72 years after it is collected. But the agency can release anonymized data about specific demographic groups at levels as detailed as a specific neighborhood.

While the bill defines sexual orientation as either homosexuality, heterosexuality or bisexuality, it is not clear what response options for sexual orientation or gender identity would appear on the Census Bureau's questionnaires. The agency would be asked to conduct research to come up with a plan to develop the new questions within a year after the bill becomes a law.

During the Obama administration, federal agencies formed a working group to discuss how best to collect sexual orientation and gender identity, or SOGI, information on federal surveys. One of the group's reports notes the challenge in deciding how to word these questions given the varying terms used by different generations and cultures.

"Careful attention must be paid to the translation of SOGI questions because other languages may not have terms for the SOGI concepts or only have terms that are offensive," wrote members of the Federal Interagency Working Group on Improving Measurement of Sexual Orientation and Gender Identity in Federal Surveys.

Prior to the election of President Trump, four federal agencies, including the Department of Housing and Urban Development and the Justice Department, had asked to add these questions to the American Community Survey; the Census Bureau decided to not move forward with the requests, as NPR has reported.

"Valid, reliable, and nationally representative data on sexual orientation and gender identity are essential to HUD fulfilling its mission," then-Housing and Urban Development Secretary Julián Castro wrote in a June 2016 letter to former Census Bureau Director John Thompson. The Justice Department's request said that among the reasons it needed that data is "to enforce the prohibition against unlawful employment discrimination" under Title VII of the Civil Rights Act of 1964.

But after DOJ officials under the Trump administration stood down on the agency's request because it "requires thorough analysis and careful consideration," Census Bureau officials concluded there was "no federal data need."

A written statement from Sen. Kamala Harris' office that is quoted in this story originally misspelled LGBTQ as LQBTQ.