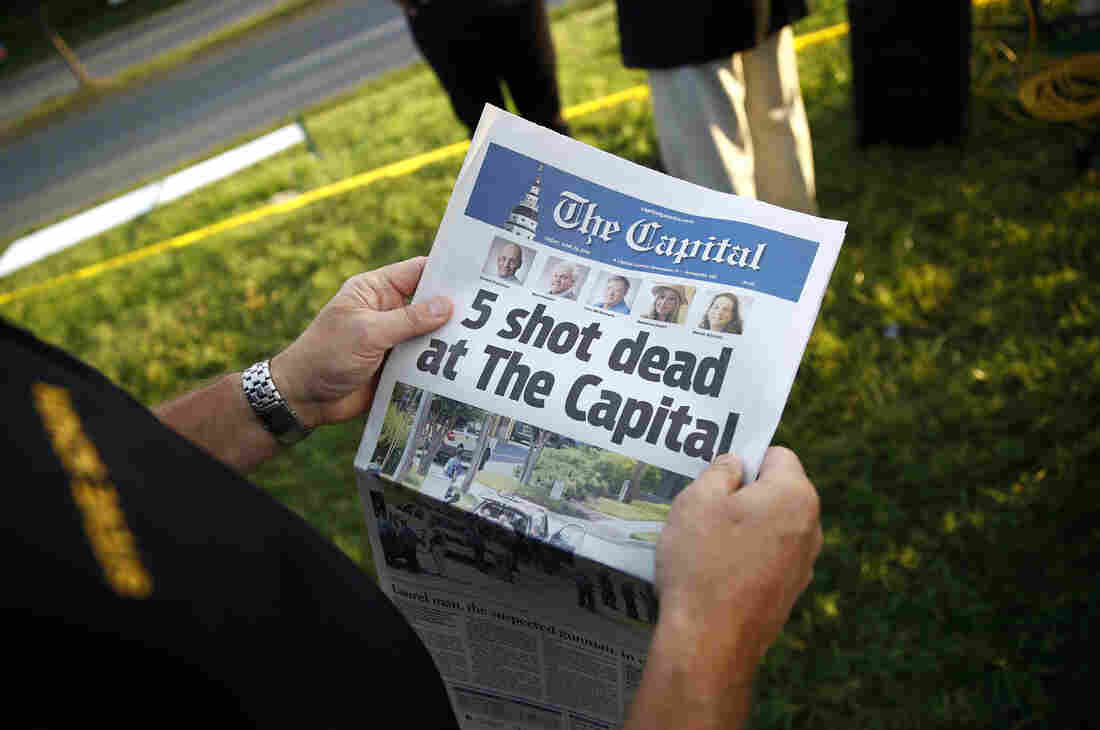 Steve Schuh, county executive of Anne Arundel County, holds a copy of The Capital newspaper last month near the scene of a shooting at the Capital Gazette newsroom in Annapolis, Md. Patrick Semansky/AP hide caption 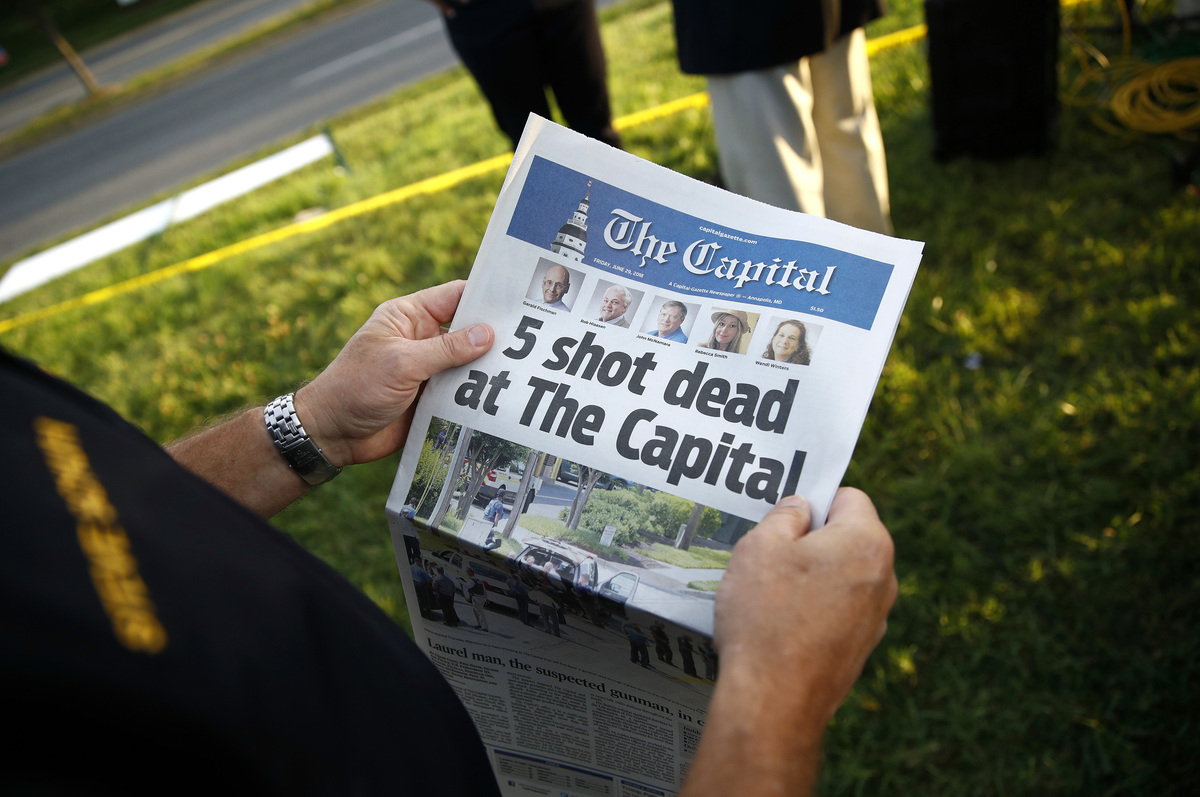 Steve Schuh, county executive of Anne Arundel County, holds a copy of The Capital newspaper last month near the scene of a shooting at the Capital Gazette newsroom in Annapolis, Md.

Jarrod Ramos, the man accused of killing five Capital Gazette staff members when he allegedly brought a shotgun into their Annapolis, Md., newsroom and opened fire, has pleaded not guilty to all 23 counts against him.

Ramos is charged with the murders of John McNamara, Gerald Fischman, Rob Hiaasen, Wendi Winters and Rebecca Smith on June 28.

"Gunman shot through the glass door to the office and opened fire on multiple employees," reporter Phil Davis tweeted at the time.

Ramos reportedly held a grudge for years, including making threats against the newsroom, after it published a story about him in The Capital newspaper. He also had filed a defamation lawsuit, which was dismissed.

The 38-year-old, who is being held without bond, did not appear Monday at the Anne Arundel County Circuit Court, though the scheduled appearance attracted a large group of reporters, according to the Capital Gazette.

Two Gazette reporters who witnessed the attack were at the court to watch the proceedings.

Ramos' lawyers entered the not guilty plea in court documents, which "negated the need for Ramos to appear in person for the arraignment," Reuters reported.

The defendant was "identified by authorities through facial recognition technology," according to The Associated Press.

The wire service added that in court documents, Ramos' lawyers argued that "any in-court identification at the trial of the Defendant will be tainted as a result of impermissible suggestive identification procedures undertaken by police authorities and/or will be the result of an illegal arrest or search."

Since the shooting, and amid an outpouring of support, the newsroom hasn't missed a day of publication. The Gazette says more than 800 people subscribed to its digital edition the day after the attack.

Journalists from around the country have pitched in to help the Gazette.

Baltimore Sun opinion editor Andrew Green, who is coordinating the extra help, told NPR that more than 380 journalists offered to pitch in within 24 hours after an open call for assistance.

"And so to see that common sense of purpose among so many — literally at this point hundreds of people in our profession — has been, you know, a bright spot in what has otherwise been a very, very terrible situation," Green said.