Accessibility links
Jason Eady's 'I Travel On' Takes A Deep, Restorative Breath Now 13 years into his recording career, 43-year-old Eady is a grown-ass man assessing his world, not with angst or regret but with a palpable sense of satisfaction and self-worth.

Jason Eady's 'I Travel On' Takes A Deep, Restorative Breath

Jason Eady's 'I Travel On' Takes A Deep, Restorative Breath 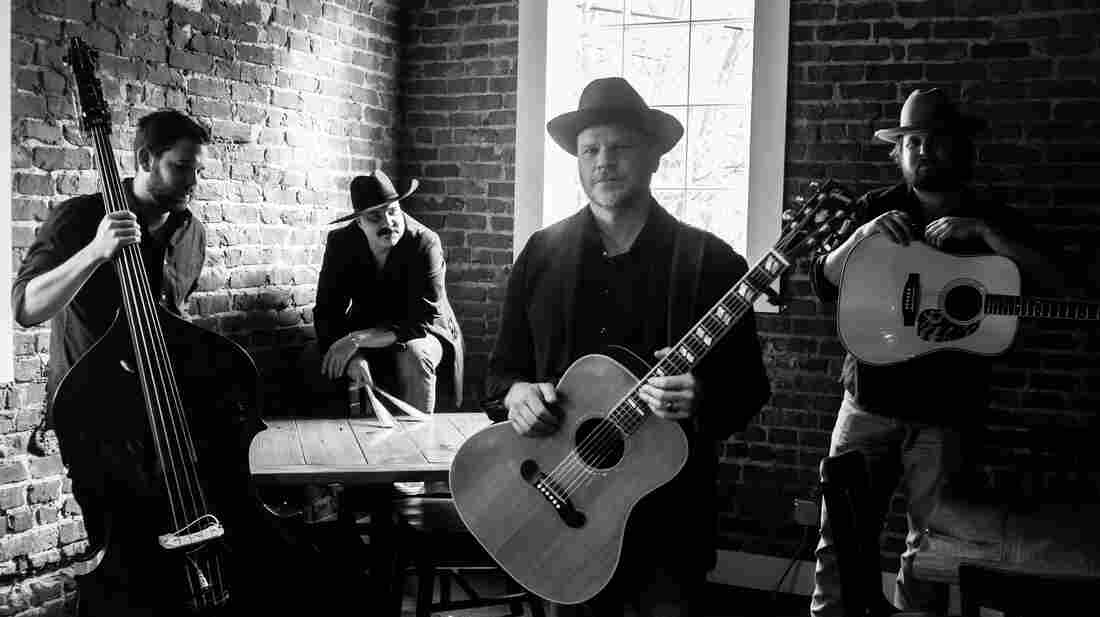 Jason Eady's I Travel On comes out Aug. 10. Scott Morgan/Courtesy of the artist hide caption 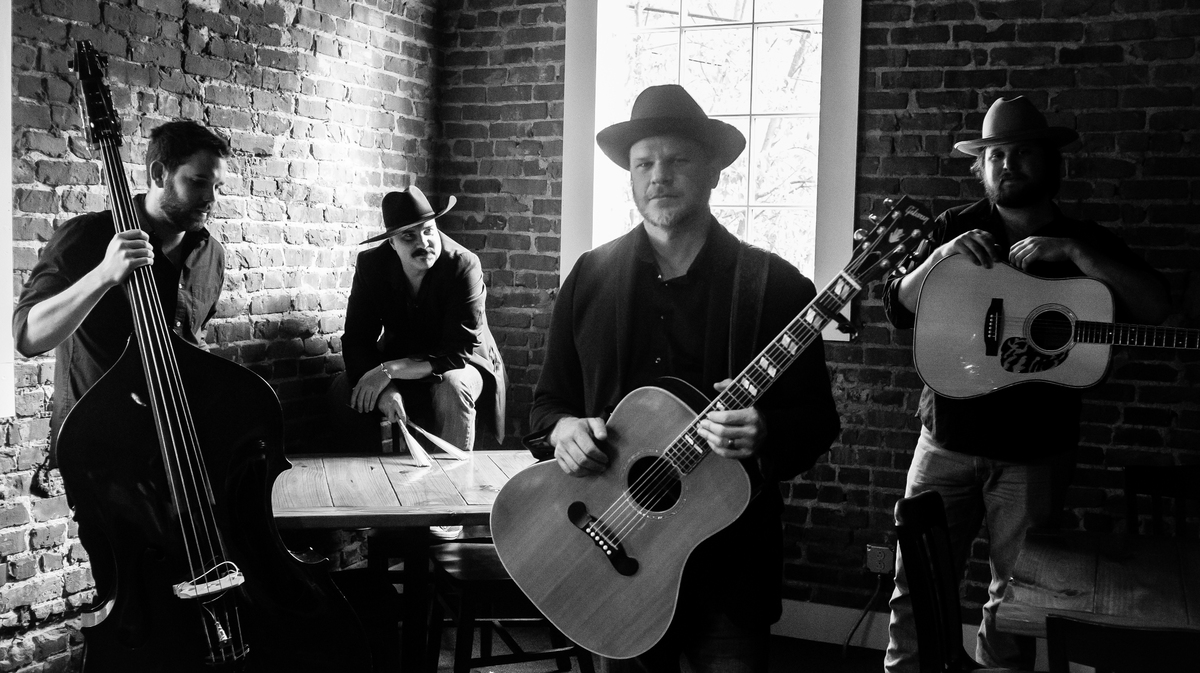 Scott Morgan/Courtesy of the artist

Texas-based country singer-songwriter Jason Eady's I Travel On is the sound of a deep, restorative breath being taken, of wooden instruments pushing air around a room together in real time, of middle age as a source of strength instead of crisis. Now 13 years into his recording career, 43-year-old Eady is a grown-ass man assessing his world, not with angst or regret but with a palpable sense of satisfaction and self-worth.

Though it's Eady's seventh album (not counting a duo outing with his wife Courtney Patton), I Travel On marks the first time he's brought his road band into the recording studio. The decision turned out to be a crucial one. With an all-acoustic lineup, Eady and his band — plus guest dobro hotshot Rob Ickes — cut all the tunes live in the studio. The result is a record that feels so natural it should have "organic" stamped on its cover, and overflows with enough spontaneous energy to power a fleet of Ford pickups along with Eady's no-nonsense tunes. 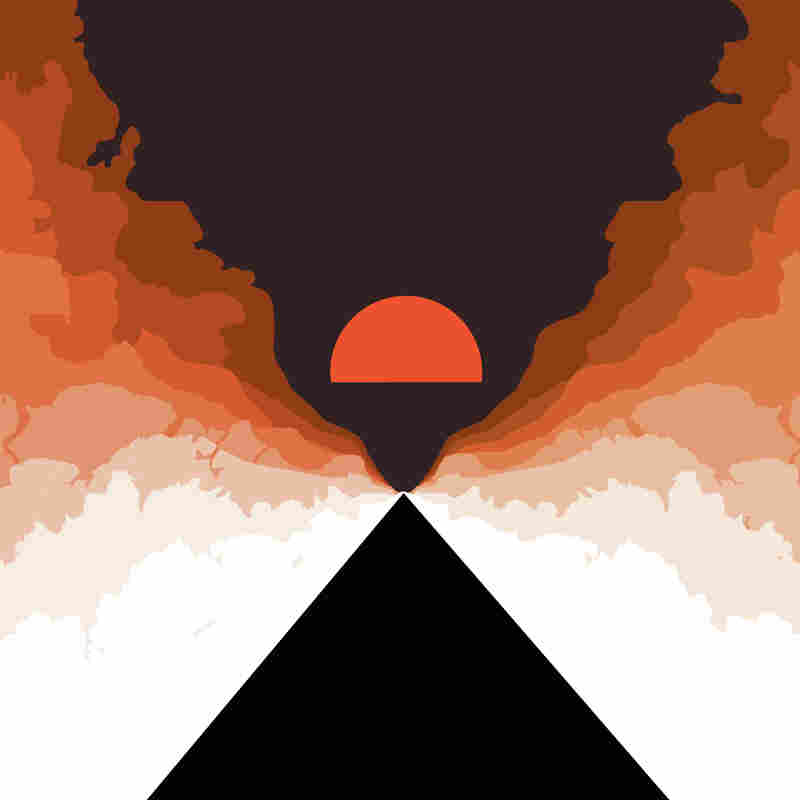 Though Eady's been one of the most promising alt-country underdogs for a while now, I Travel On might best be termed ex-outlaw country. He's not the kind to boast about his hard-drinking ways, bad-ass attitude or the trail of broken hearts in his rearview mirror. Rather, he comes across here as the sort of outlaw who's left his hell-raising behind him and opted instead for the pleasures of the simple life.

It's not that everything is white picket fences and heart-shaped candy boxes here — whether strictly literal or partly metaphorical, the rising river in "Below the Waterline" is a fearsome force, and the woman fleeing her abuser in "She Had to Run" occupies some dark, intense territory. But in the main, the songs come from a place quietly collected enough to sometimes seem nearly Zen-like.

I Travel On opens with a bittersweet farewell to the rough-and-rowdy ways of yore — bearing a thumping Waylon Jennings beat, "I Lost My Mind in Carolina" neither apologizes for the hedonistic past nor celebrates it, but ultimately embraces it simply as "the reason why I'm standing here today." It leads into the nice-and-easy lope of "Now or Never" with sassy, bluesy guitar and dobro licks framing a wry meditation on the hurtling passage of time.

That song's unhurried pace establishes a visceral feeling of poise and self-possession that's picked up in the next track. The light-footed ballad "Happy Man" finds a family man describing a contented life that bears a suspicious similarity to Eady's own and placing his existence firmly in the "win" column.

The travelogue of the sinuous, country-funking "That's Alright" overflows with cowboy Buddhism, as each stop along the way becomes the perfect place to be, while an offbeat, knuckle-busting guitar solo lends a loopy left-field touch. But the brisk bluegrass-flavored stomp "Pretty When I Die" feels like the philosophical core of the album. Amid speedy solos swapped around by the band, Eady unpacks one nugget of conspicuous emotional maturity after another. He opens himself to a yin yang perspective, singing, "I want to have it all, the good and the bad ... this life is the worst and the best I've ever had." But it's the song's closing lines that really tell the tale: "I want to have a story for every line around my eyes / I don't want to be pretty when I die."

Country music's not-so-secret weapon has always been its ability to address real-life adult issues in a way younger genres like rock and roll seldom dare, eschewing the impossible dream of eternal youth in favor of finding a way to grow up gracefully. In an era where mainstream country often abjures that ability in pursuit of a never-ending spring break tailgate party, the task is taken up mostly by mavericks like Eady. And there could be no more overt a denial of the feckless, careening "live fast, die young, leave a good-looking corpse" mindset than "Pretty When I Die," not to mention I Travel On as a whole.