Accessibility links
'The Miseducation Of Cameron Post': Lesbian, Interrupted Chloë Grace Moretz plays a queer teenager shipped off to a conversion therapy camp in this even-handed if occasionally sluggish film that won the Grand Jury Prize at Sundance. 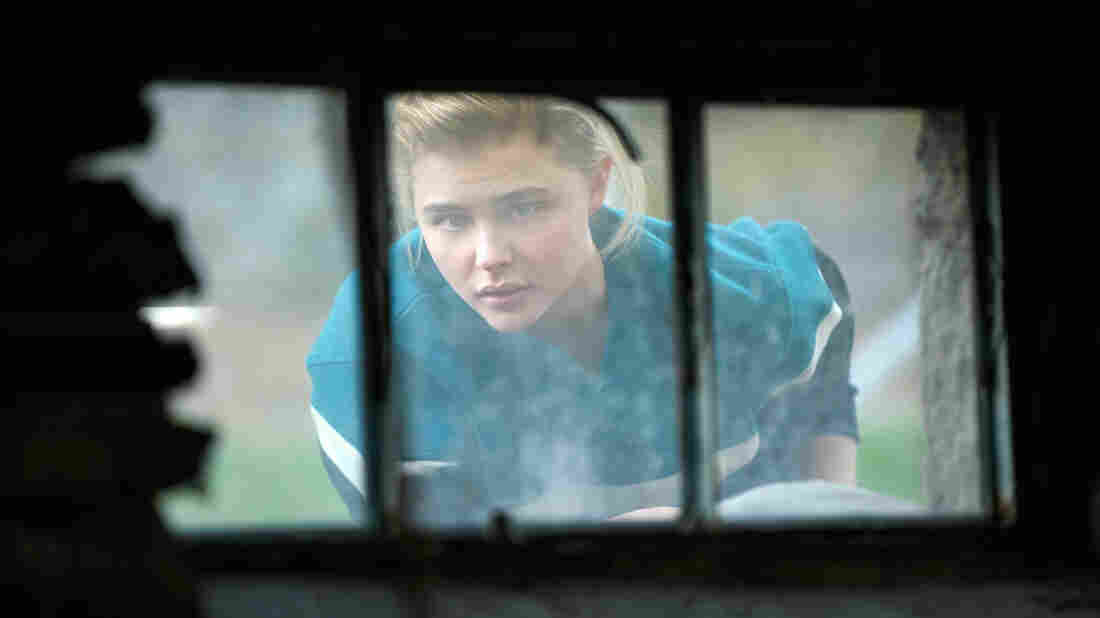 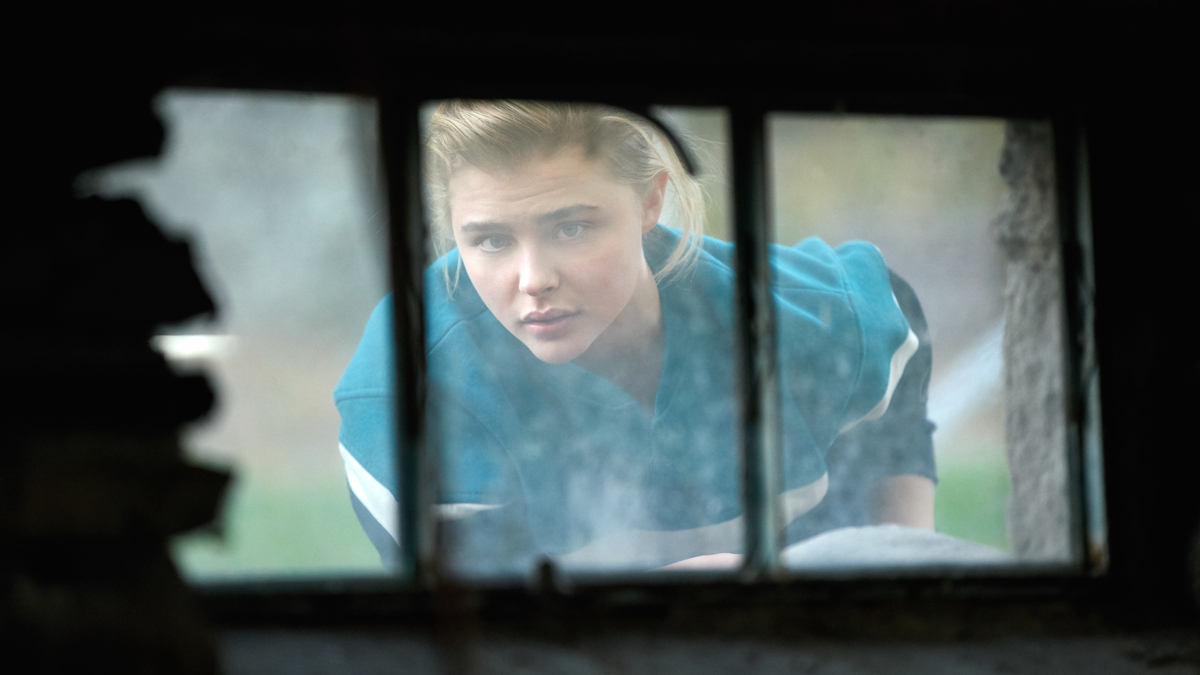 When Cameron Post, a Montana teenager with bee-stung lips and an air of quiet intransigence, is caught smoking weed and making out with a girlfriend on prom night, her evangelical guardians pack her off to God's Promise, a gay conversion therapy center whose inmates — no other word for it — are required to make and regularly revise drawings of the sinful roots of their sexual identities. At God's Promise the word homosexuality makes the authorities jumpy, and even the gingerly label "same-sex attraction" signals the downhill road to moral rot.

Needless to say Cameron's cleansing doesn't go well. Yes, there will be mutiny. But The Miseducation of Cameron Post is not a cookie-cutter saga of one youngster's search for identity. Cameron, played low-key by Chloë Grace Moretz, pretty much knows who she is going in. In one of the movie's many flashbacks, she and her lover (Quinn Shephard) watch Desert Hearts together, and the only question is whether Cameron will succumb to the brainwashing headed her way, in the name of a deity rigidly conceived as a paragon of absolutist rectitude.

Religion can be a soft target for young filmmakers, and in subject and sensibility The Miseducation of Cameron Post has Sundance movie written all over it. (It won the grand jury dramatic prize at this year's festival.) But there's freshness in a film that is neither a hatchet job on Christianity, nor on belief per se. It is also not, let's be clear, a search for spurious "balance" either. Directed by Desiree Akhavan (Inappropriate Behavior) and adapted by Akhavan with Cecilia Frugiuele from a YA novel by Emily M. Danforth, The Miseducation of Cameron Post is a sharply observed study — with a knife edge of satire, for sure — of the daily practice of soft tyranny by people not gifted with healthy self-doubt.

For A Mom, Learning To Accept A Gay Son Was 'Nonnegotiable'

There's no physical abuse at God's Promise, where kids are fed, watered, and kept in shape (and under control) with "Blessercise" videos and the occasional Christian rock dance party. Everyone in charge means well, from the loving aunt Ruth (Kerry Butler) who sent Cameron to the center, to the kindly, dithering counselor Reverend Rick (John Gallagher Jr.) who's been dragged into "recovery" by his crusading sister Lydia, who runs the place with stubborn resolve packaged in a velvet glove. In a nicely controlled performance with an undertow of ferocity by the sweet-faced actress Jennifer Ehle (of television's Pride and Prejudice), Lydia is the movie's nearest thing to a monster. She's a true believer on a mission, not a cynic, and as the action moves toward tragedy for a young resident with no psychic backup of his own, she shows us that there's nothing more dangerous than a sincere fanatic. Luckily, Lydia doesn't get that when you tell a bunch of teens that "What feels like fun is actually the enemy," it will function as red cape to a roomful of bulls.

For a film about teenagers gearing up for rebellion, though, the tone in the middle sections is a bit of a flat plane. Ordinarily a poised and vivid onscreen presence, Moretz tamps down her exuberant carnality into unrelieved woe. The pacing perks up when she bonds with two outsider comrades played by The Revenant's Forrest Goodluck as a young Native American with his own definition of gay, and American Honey's Sasha Lane as a feisty rebel who deploys her prosthetic leg to novel advantage. It comes as a relief when, on potato-peeling duty, Cameron leaps on the table and bursts into song with her new besties, a sign of liberating energies to come.

It's worth noting that later this year, Lucas Hedges will star in another gay conversion therapy drama, Boy Erased, directed by actor Joel Edgerton. As recently as a couple of years ago both films might have felt like behind-the-curve dramas celebrating battles already fought and won. Today, if not back to square one, we are at least back to marking out the boundaries of culture wars many thought had been bridged for good.