Accessibility links
Solving The 'Wage Puzzle': Why Aren't Paychecks Growing? The job market is booming and the economy is expanding. So why aren't wages keeping pace? That's the wage puzzle, and some economists and employers offer explanations they say help explain it. 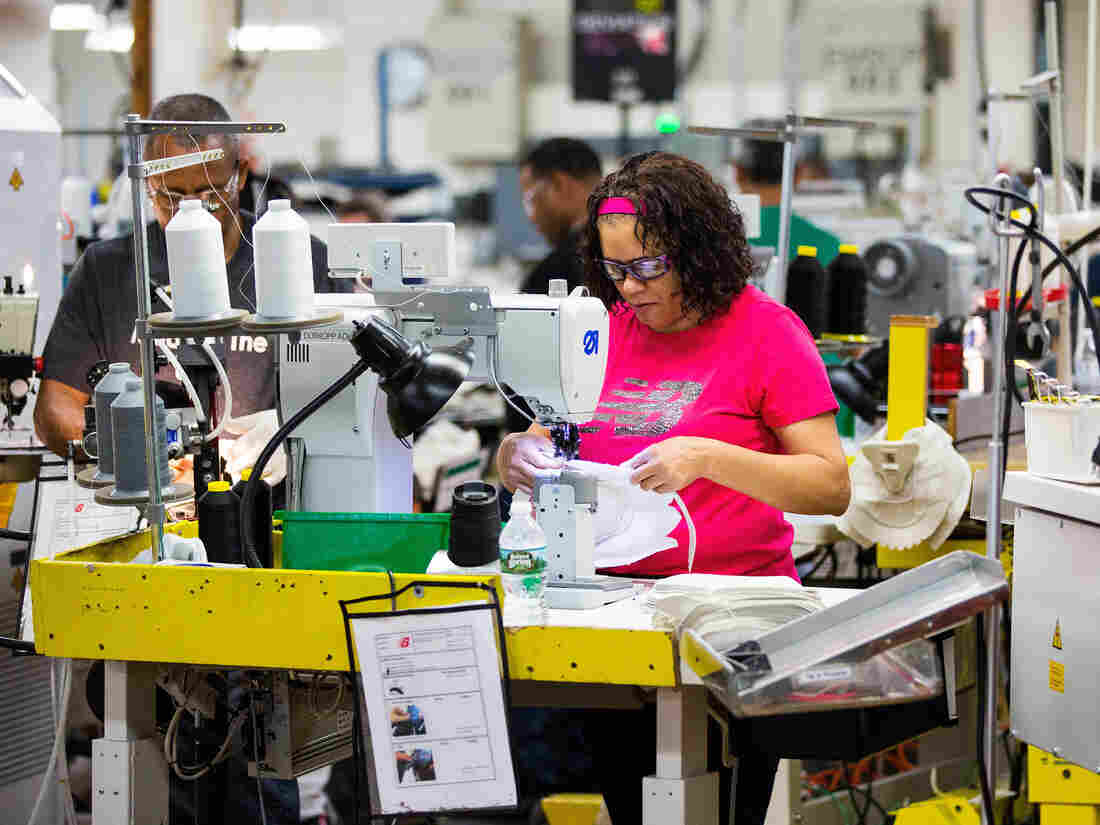 The job market is booming and the economy is expanding. But wage growth hasn't kept pace, which has many economists puzzled. Adam Glanzman/Getty Images hide caption 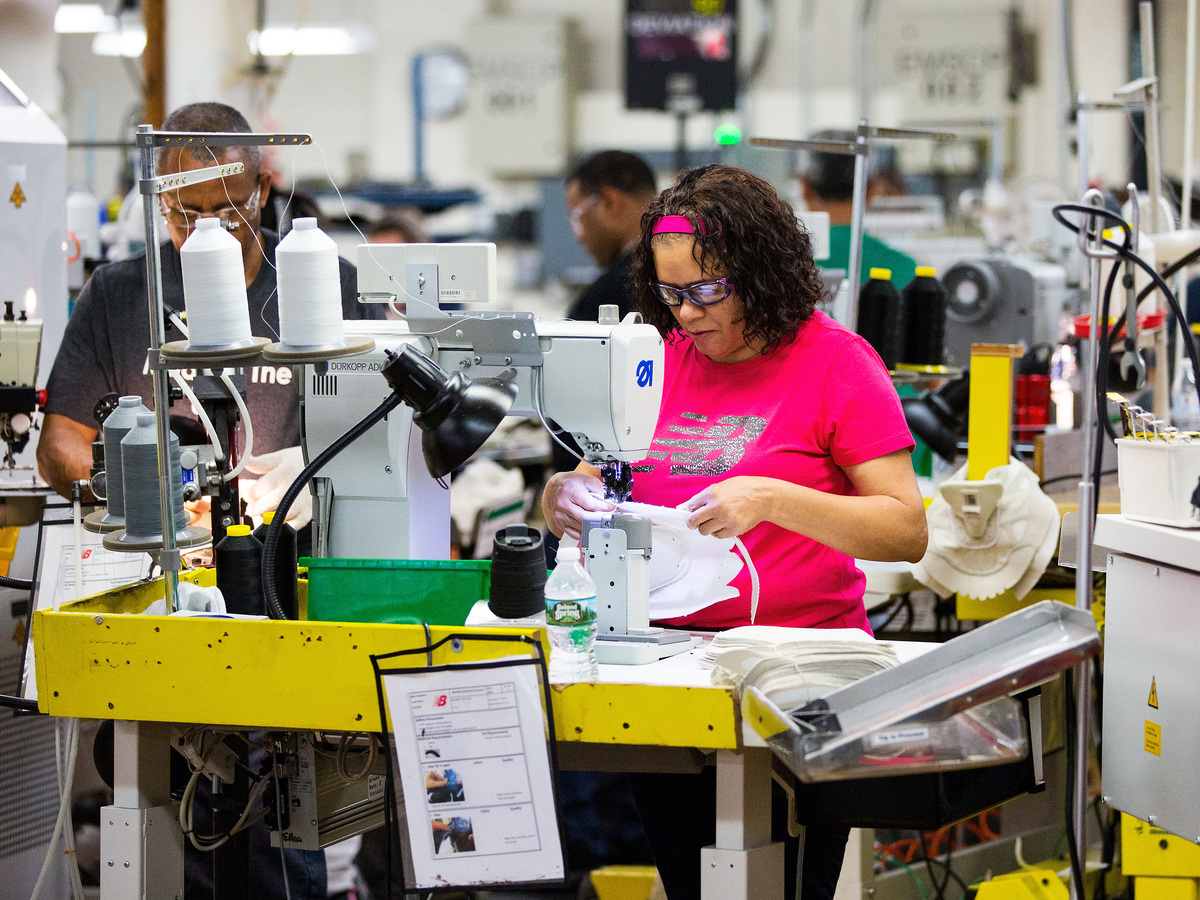 The job market is booming and the economy is expanding. But wage growth hasn't kept pace, which has many economists puzzled.

A basic tenet of economics is that when demand for something goes up, so does its cost. So, many economists wonder why today's high demand for workers hasn't translated into bigger increases in pay.

Federal Reserve Chairman Jerome Powell has called this a puzzle that defies a single or easy explanation. It isn't just, for example, that productivity has slowed, making it harder for businesses to justify paying more — though that is certainly a factor.

At 4 percent, unemployment has been very low. Businesses report having a hard time finding available workers. And some economists say that should add up to wage growth rates of about 3.5 percent. Instead, wages are increasing at a 2.7 percent annual rate. (On Friday, the Labor Department releases its July employment report with the latest wage growth data.)

Dean Baker, co-director of the Center for Economic and Policy Research, is among those who worry that declining unionization and other factors have eroded American workers' ability to demand higher pay; they are not benefiting from the strong economic growth.

"If wages are stagnating, that means that we're doing all these great technological innovations, but most people really don't see the benefit of that," he says.

Baker says pay decreased during and after the Great Recession, and has yet to make up that lost ground.

Others argue that recent wage growth may not be as bad as it appears.

Russ Roberts, a researcher at Stanford University's Hoover Institution, says just looking at the top-line wage growth figure doesn't paint the whole picture. It does not, for example, adjust for inflation — which has been low, so even modest pay increases go further, he says. Also, it does not take into account how the strong job market is also creating a lot of new opportunities. Retiring baby boomers, for example, are leaving their positions, creating openings for others.

The boomers' positions are being replaced by lower paid, younger workers earlier in their careers, Roberts says.

"I think we should be careful in assuming something's broken, because a tight labor market isn't leading to greater wage increases," he says. "I would simply say that the wage increases we observe are probably understating the actual gains to workers in terms of their standard of living."

Another factor could help explain the "wage puzzle": Employers say they're spending more on benefits and rewards outside of pay. And in fact, overall compensation is growing slightly faster than wages.

"What we're seeing is that employees say, 'What I get out of working is not just a paycheck anymore," Avalos says.

Avalos could not quantify how much more employers are paying for such benefits, but says their compensation budgets reflect these shifting priorities.

In 2012, recruitment firm Korn Ferry's survey ranked pay the top reason workers left jobs. This year, it was "culture and purpose," says Bob Wesselkamper, head of rewards and benefits consulting for the firm.

"There's a changing balance of what drives an employee to move to a new organization, and sometimes it's not always pay," he says.

All of these dynamics have played out at Four Seasons Plumbing in Asheville, N.C., which lost two of its 20 employees. The workers shortage created a crisis, says owner Max Rose.

"It really hurt us; we were desperate," he says.

Like others in the industry, Rose has had to hike his salaries as much as 50 percent over the last decade. But on top of that, his company recently started offering a 3 percent match on retirement plans, and covering all health care costs. It also increased vacation time and eliminated overnight shifts. A dozen years ago, when he started the company, Rose says, "we didn't do any of that stuff, especially with the retirement and health care."

Even so, Rose says he still spends a lot of time trying to fill open positions and recruiting apprentices to train.

"The biggest thing we've tried to do is culture building, and trying to portray this idea that there is room for advancement and that we are a growing company," he says. "Now, we have to make sure the employees are happy and then the customers are happy. And really, I feel that if we focus on keeping our employees happy, then we don't have to worry about our customers."