Accessibility links
France Bans Street Harassment, Approving Hefty Fines For Catcallers The measure also expands protections for underage rape victims. The move, which has been months in the making, follows a recent video of a man hitting a woman on the street. 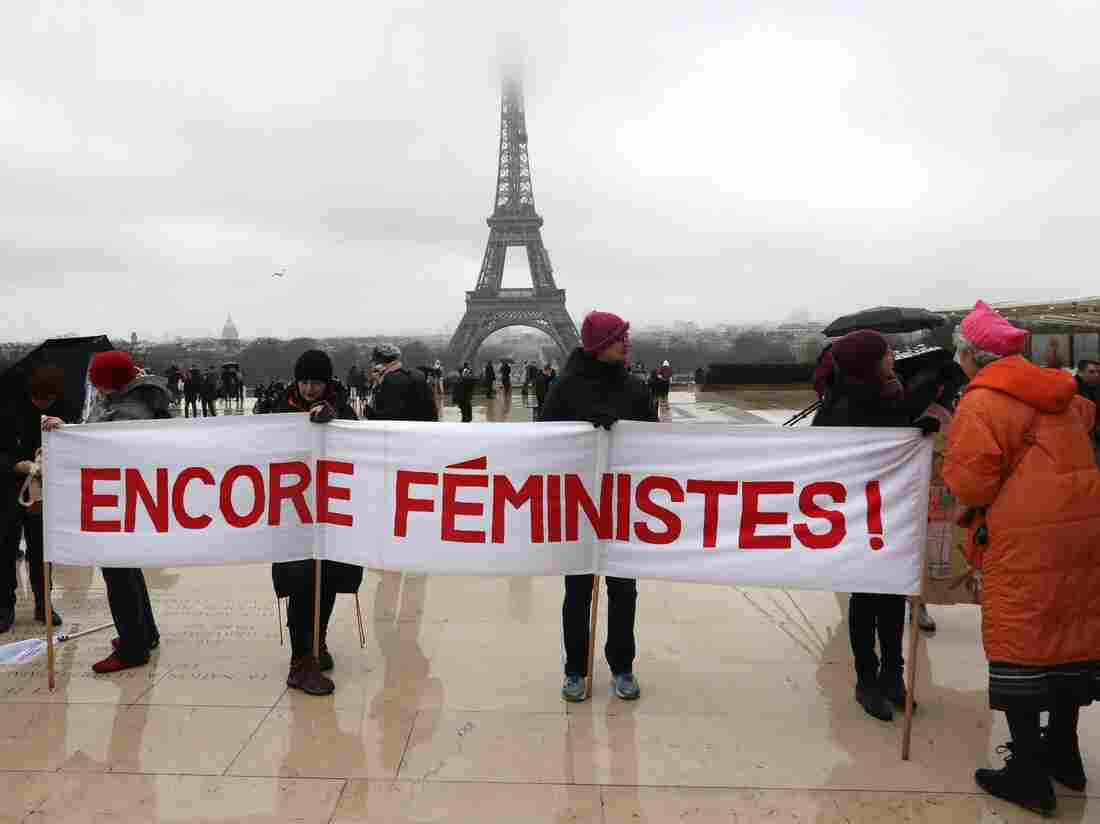 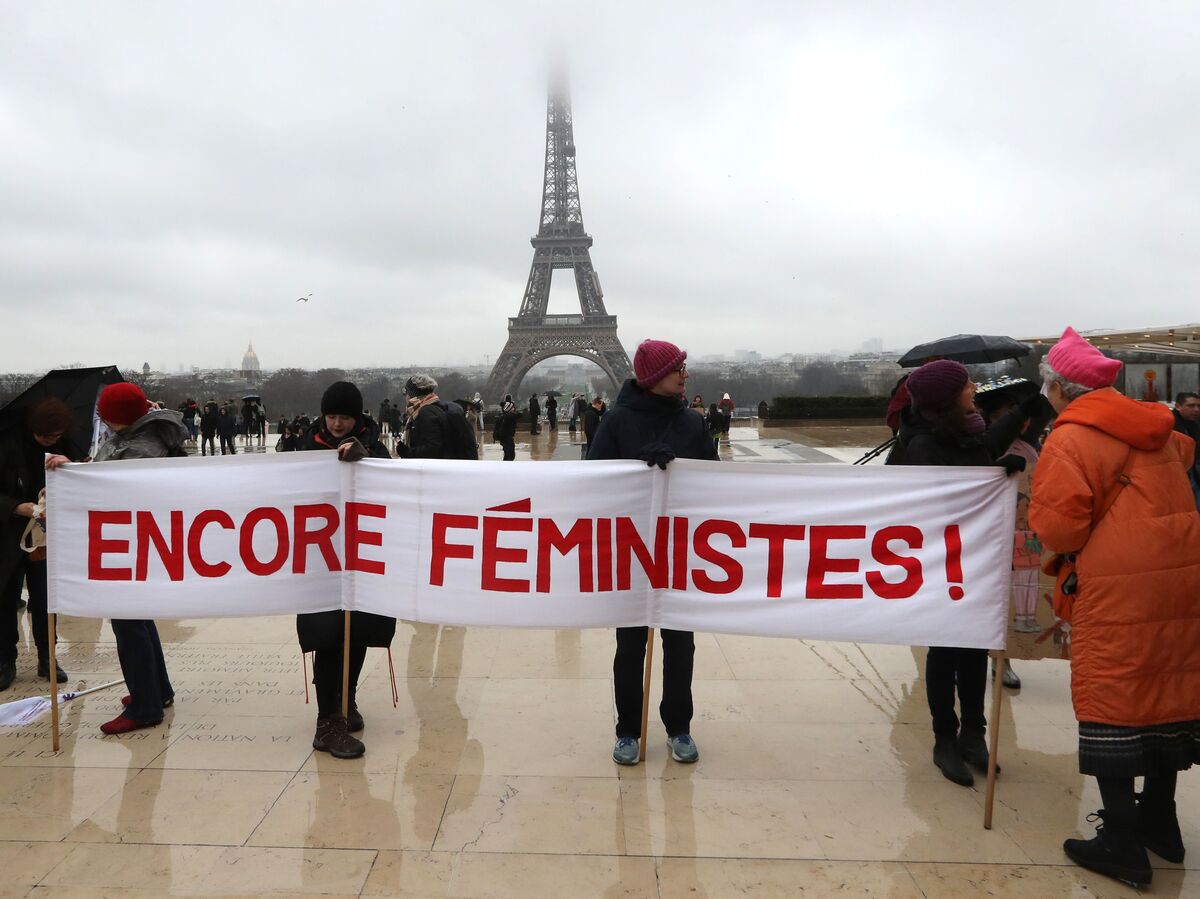 Demonstrators hold a banner reading "still feminist" in front the Eiffel Tower during a women's march earlier this year in Paris.

French lawmakers have approved a measure outlawing sexual harassment in the street, rendering catcalling and lewd or degrading comments a crime punishable by on-the-spot fines of up to 750 euros — or more than $870. The country's Senate passed the legislation late Wednesday as part of a broader package of measures targeting sexual violence, which the lower house of Parliament advanced earlier this year.

Also included in the legislation are provisions to more broadly protect minors under the age of 15, making it easier for alleged underage rape victims to prove a lack of consent and extending the deadline to file their complaints by a decade. Under the terms of the law, massive fines and potential prison time also await anyone found to have taken pictures of people under their clothing without their consent, a practice often known as "upskirting."

The law, which takes effect next month, has been a centerpiece of a yearlong campaign supported by President Emmanuel Macron's government — and boosted in recent days by a viral video that drew millions of views and waves of condemnation.

The film posted last week on Facebook at first appears mundane. Pulled from silent CCTV security footage, it depicts a half-filled restaurant patio where diners sip their drinks and exchange pleasantries. At the top of the frame, a woman in red passes a man with a bag slung over his shoulder. He turns in her direction, apparently cat-calling her, and she turns to reply without breaking stride.

"It wasn't the first time — that day, that week, or that month," the woman, Marie Laguerre, told a French broadcaster, according to a BBC translation. "It had been building up. I got angry and said 'shut up'. I didn't think he'd hear, but he did."

Just as she exits the frame in the bottom left corner, the man grabs an ashtray from a table tucked in the top right, and he tosses it at her, sailing the hard object over the diners' heads. A confrontation between them follows — and then, in a disturbing image, he hits her across the face.

After another flurry of heated words, this time between the man and the outraged diners, Laguerre said she walked on to file a complaint with law enforcement.

"He's not the only one. The harassment is daily," she said in her Facebook post. "It's time for this kind of behavior to stop." 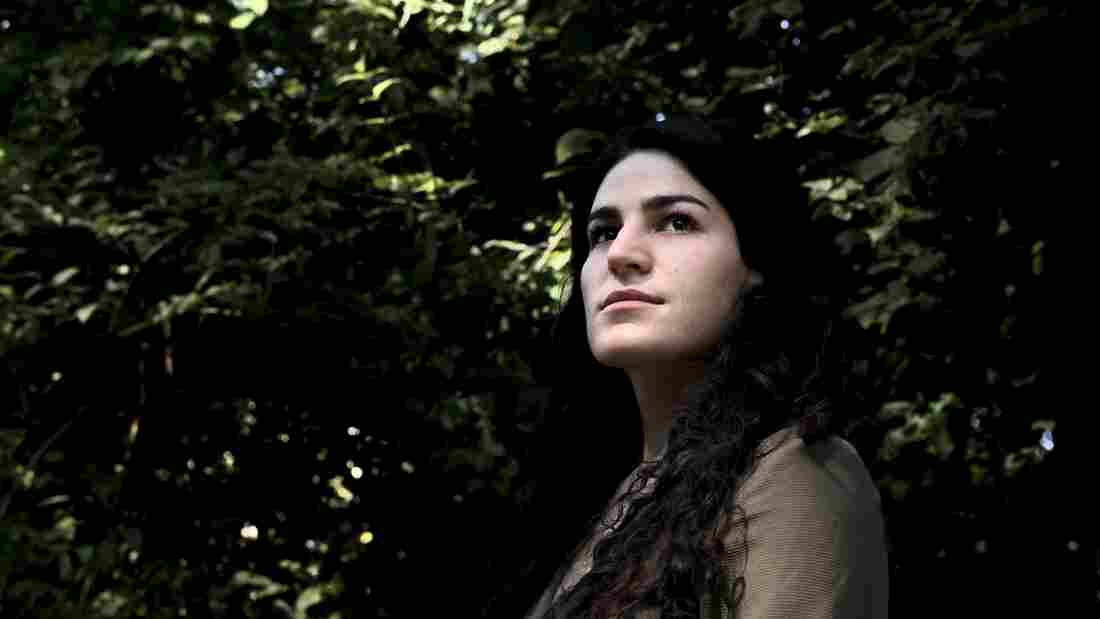 Marie Laguerre posted a video last week in which a man is seen hitting her after she walked past in Paris. Alain Jocard/AFP/Getty Images hide caption 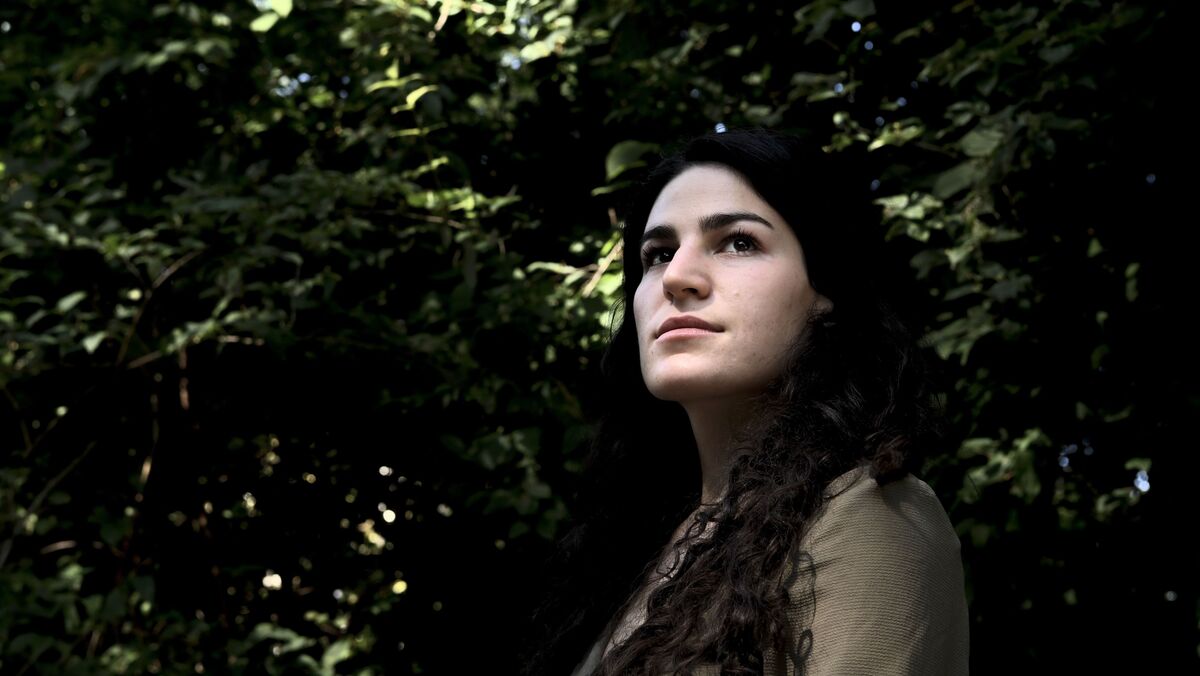 Marie Laguerre posted a video last week in which a man is seen hitting her after she walked past in Paris.

Since her video caught international attention, drawing more than 5.6 million views within a week on the YouTube version alone, Laguerre herself has launched a website — known as Nous Toutes Harcelement, or "We Are All Harassed" — with the intent to collect more stories like her own.

That's a declaration echoed by Marlène Schiappa, France's secretary for gender equality and the primary force behind Wednesday's legislation.

"Harassment in the street has previously not been punished. From now on, it will be," she told Europe 1 radio on Thursday, according to a Reuters translation. "What's key is ... that the laws of the French republic forbid insulting, intimidating, threatening and following women in public spaces."

The law Schiappa championed passed the Senate without a single no vote, and those lawmakers who abstained did so because they believed it did not go far enough, according to German broadcaster Deutsche Welle. But that's not to say it is free of detractors.

"This kind of measure doesn't work anywhere," radio host Jean-Jacques Bourdin has argued, as NPR's Eleanor Beardsley reported earlier this year, "not in Portugal, Finland or Belgium, where they're trying it."

"This is not an end," she tweeted Wednesday regarding the bill's passage, adding that it is just the beginning of a push to eradicate violence against women and effect "a change of society."