Accessibility links
Report: Japanese Medical School Deducted Points From Exam Scores Of Female Applicants Tokyo Medical University says it is investigating the reports. The points deduction was apparently aimed at keeping the number of female students at about 30 percent of the class. 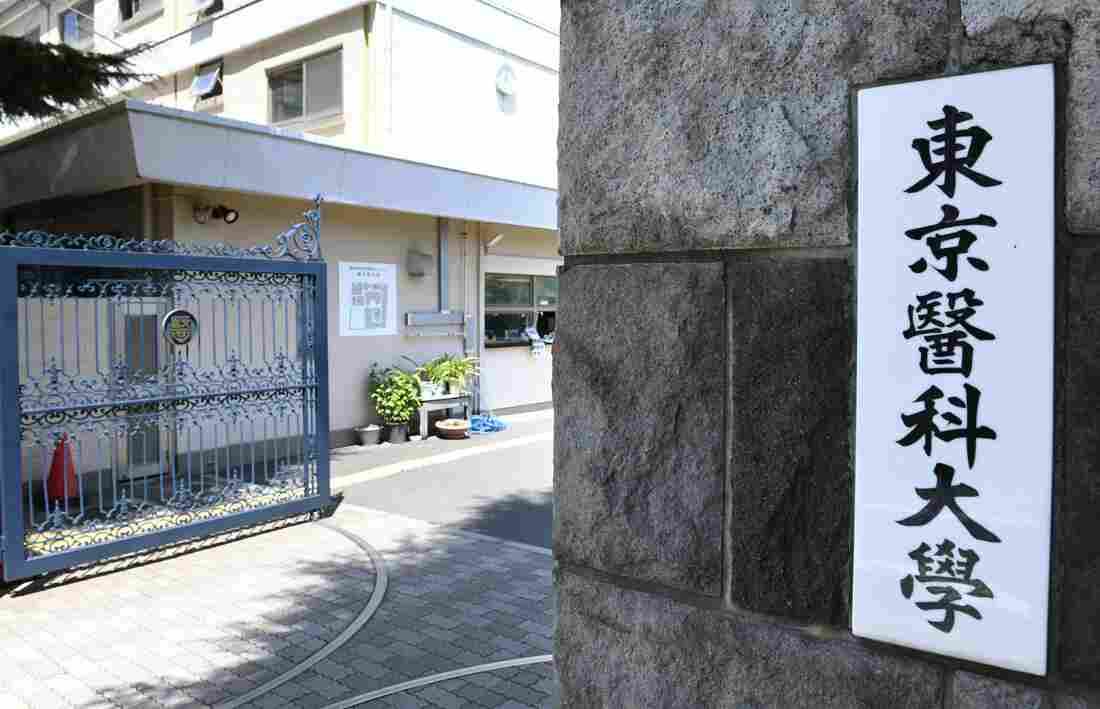 The Tokyo Medical University has been accused of having discriminated against female applicants in entrance examinations. Kyodo News via Getty Images hide caption 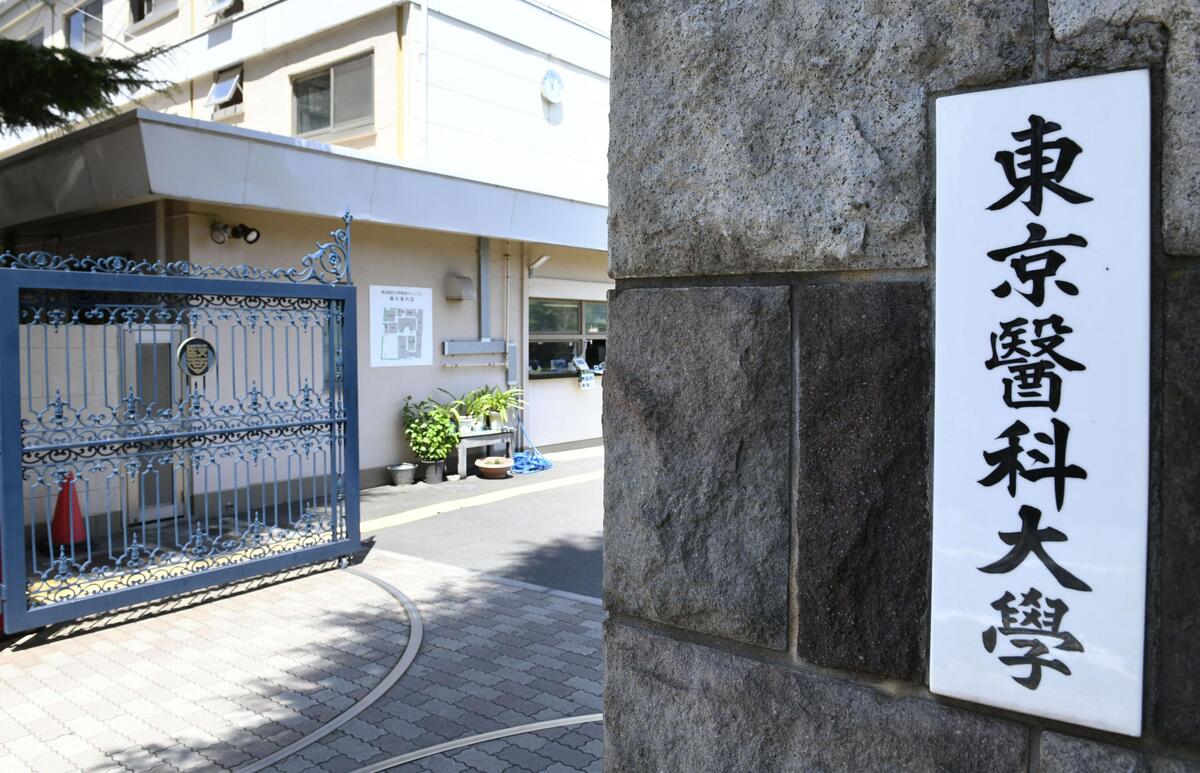 The Tokyo Medical University has been accused of having discriminated against female applicants in entrance examinations.

Japanese media is buzzing about reports that a prestigious Tokyo medical school systematically lowered women's scores on an admission test in order to admit fewer women.

The scandal has been reported in multiple Japanese news sources, including state broadcaster NHK. All cite unnamed sources from the university, and NPR has not independently verified the allegations.

A university official told NHK that "it was concerned that a large increase in the number of women posed a serious problem for the future of the university hospital, because female doctors tend to quit after marrying or starting families."

The points deduction was apparently aimed at keeping the number of female students at about 30 percent of the class or less, the media reports state. And it followed a regular pattern. The Asahi Shimbun, citing university officials, said, "A specific coefficient was used to automatically reduce the exam scores of all female applicants."

NHK says the pattern started after the 2010 exam, "when the university found out that women accounted for nearly 40 percent of successful applicants."

Female doctors in Japan are reacting angrily to the report. Yoshiko Maeda, head of the Japan Medical Women's Association, said she was astonished.

"Instead of worrying about women quitting jobs, they should do more to create an environment where women can keep working," Maeda said in a statement, according to The Associated Press. "And we need working style reform, which is not just to prevent overwork deaths, but to create a workplace where everyone can perform to the best of their ability regardless of gender."

Prime Minister Shinzo Abe has recently stressed gender equality in public statements and has vowed to create a society "in which women shine."

In the class starting in the 2018 academic year, 8.8 percent of male applicants passed the two-stage entrance exam, The Japan Times reported, compared with 2.9 percent of female applicants.

According to the Asahi Shimbun, the education ministry does not see having a quota for women as an inherent problem.

"An education ministry official in charge of the matter said universities are allowed to adjust the gender ratio as long as they clearly state such quotas when announcing plans for accepting new students," the newspaper said. The problem is that the school did not disclose the quotas to applicants.

Japan lags behind other industrialized nations in its ratio of female to male doctors. As of 2015, just 20.3 percent of its doctors were female, according to data from the Organisation for Economic Co-operation and Development. That's the lowest of the countries surveyed. The average of the 34 countries was 46.1 percent female. The U.S. has 34.1 percent female doctors, and Latvia was the highest, with 74.3.

The score discrepancy at Tokyo Medical University was apparently uncovered during an investigation into a completely different subject.

"Masahiko Usui, the former chairman of the Board of Regents of Tokyo Medical University, and Mamoru Suzuki, the former university president, have been indicted on charges of bribing Futoshi Sano, a former high-ranking education ministry official, in exchange for preferential treatment in a ministry-administered subsidy program," according to the Asahi Shimbun.

In that case, the newspaper states, the university allegedly inflated "the entrance exam score of Sano's son to allow his entry into the university."