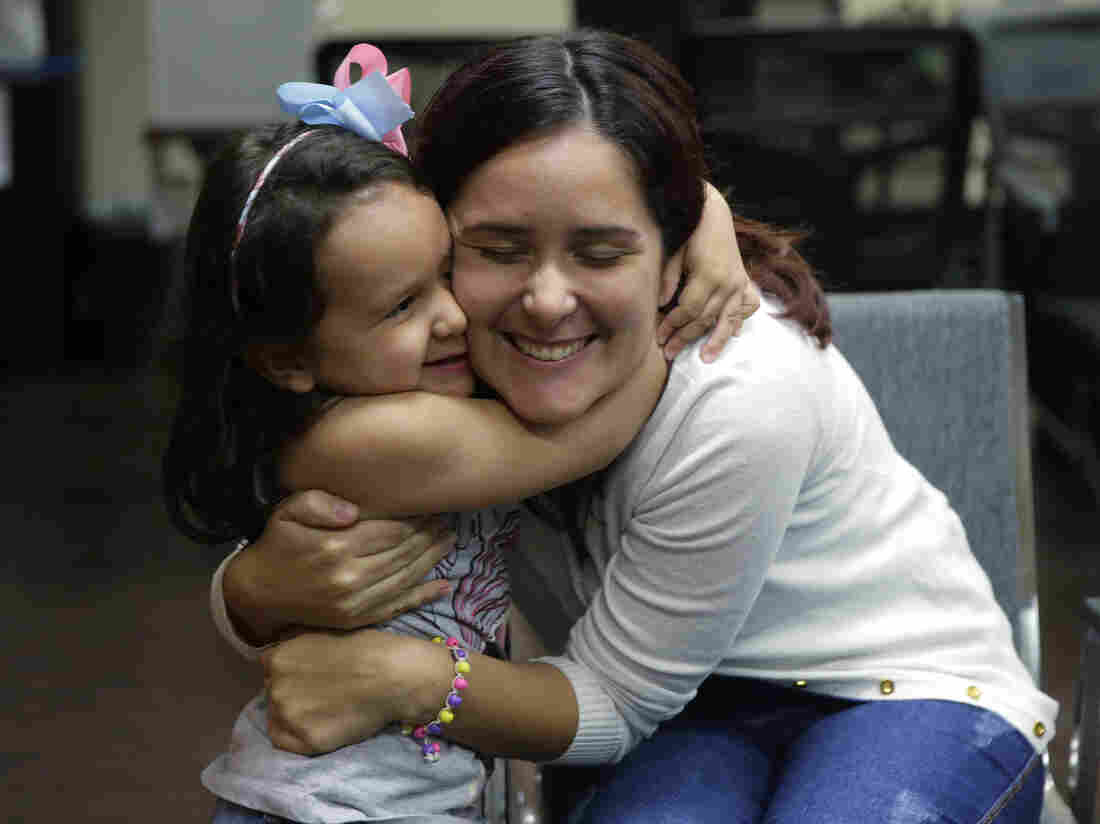 Natalia Oliveira da Silva and her daughter, Sara, 5, hug at a Catholic Charities facility in San Antonio, TX. They were separated in late May. Eric Gay/AP hide caption 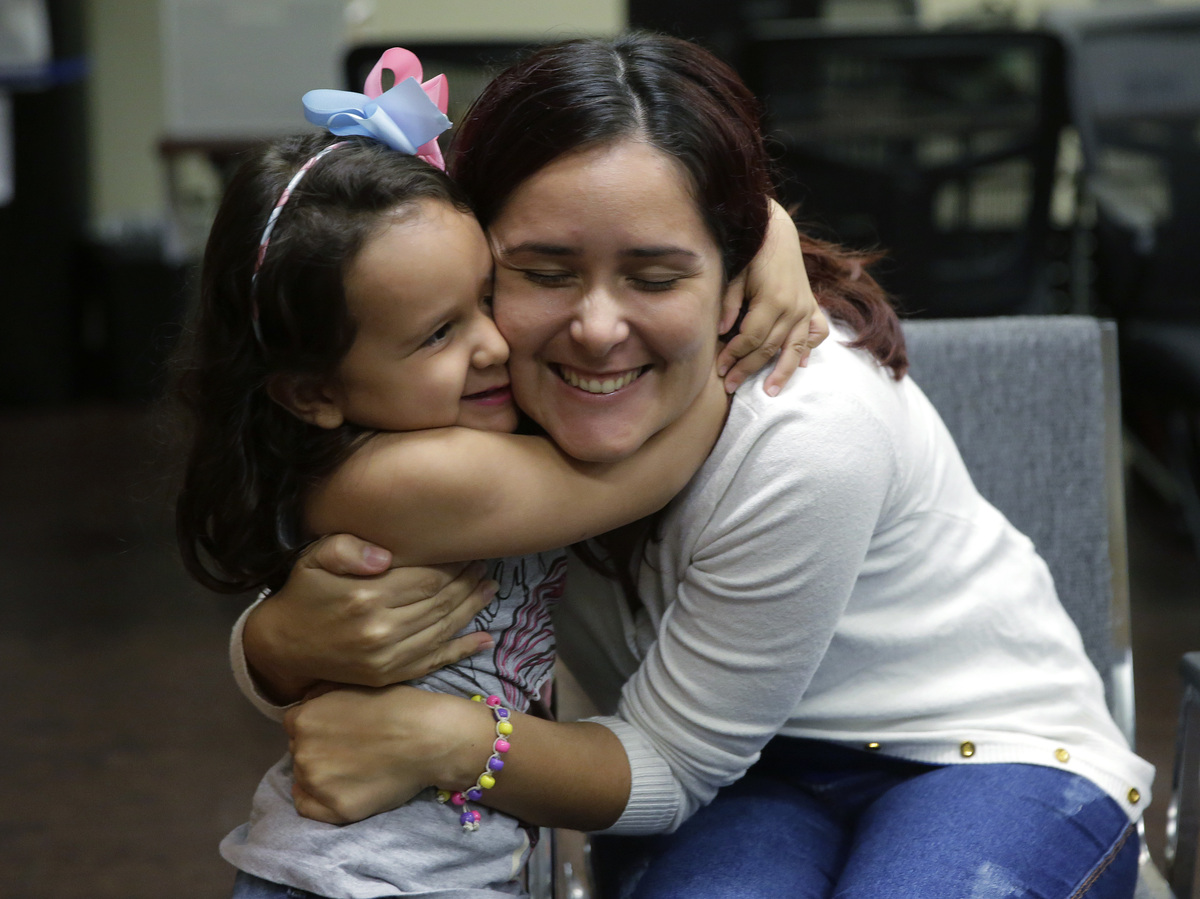 Natalia Oliveira da Silva and her daughter, Sara, 5, hug at a Catholic Charities facility in San Antonio, TX. They were separated in late May.

New court filings released late Thursday indicate that the Department of Justice and immigration advocates are still far apart in working out a process for reuniting migrant families who were separated under the Trump administration's zero-tolerance immigration policy.

U.S. District Judge Dana M. Sabraw had instructed the Department of Justice and advocates lead by the American Civil Liberties Union to submit plans for reuniting families, especially some 400 parents who already were deported back to their homes countries without their children.

Judge Sabraw had asked for the plans in anticipation of a hearing scheduled for Friday August 3.

In the court documents, the government appears to shift the responsibility for reunifying the families onto the ACLU, also known as the plaintiffs in the case.

"Plaintiffs' counsel should use their considerable resources and their network of law firms, NGOs, volunteers, and others, together with the information that Defendants have provided (or will soon provide), to establish contact with possible class members in foreign countries."

The government also suggests that the ACLU should be responsible for ascertaining "whether each possible class member wishes to be reunified with his or her child, or whether he or she wishes to waive reunification. Plaintiffs' counsel would be responsible for ensuring that each possible class member has the opportunity to consult with a lawyer regarding that decision, and to discuss that decision with his or her child."

In its court filing, the ACLU insisted that the government "must bear the ultimate burden of finding the parents."

"Not only was it the government's unconstitutional separation practice that led to this crisis, but the United States Government has far more resources than any group of NGOs (no matter how many NGOs and law firms are willing to try to help). Plaintiffs therefore hope that the Government will take significant and prompt steps to find the parents on their own."

Finding the parents who were deported without their children is difficult because some come from very remote communities in Central America, says the founder and executive director of Justice in Motion, Cathleen Caron. The Brooklyn-based non-profit is among the groups trying to help reunite families.

Caron says many of the parents initially fled their homelands out of fear for their safety.

Judge Sabraw originally had set a deadline of July 26 to reunite more than 2,500 families.

There are still 572 children who remain in the custody of DHS's Office of Refugee Resettlement because their parents aren't available or are considered ineligible for reunification if they have a criminal record.