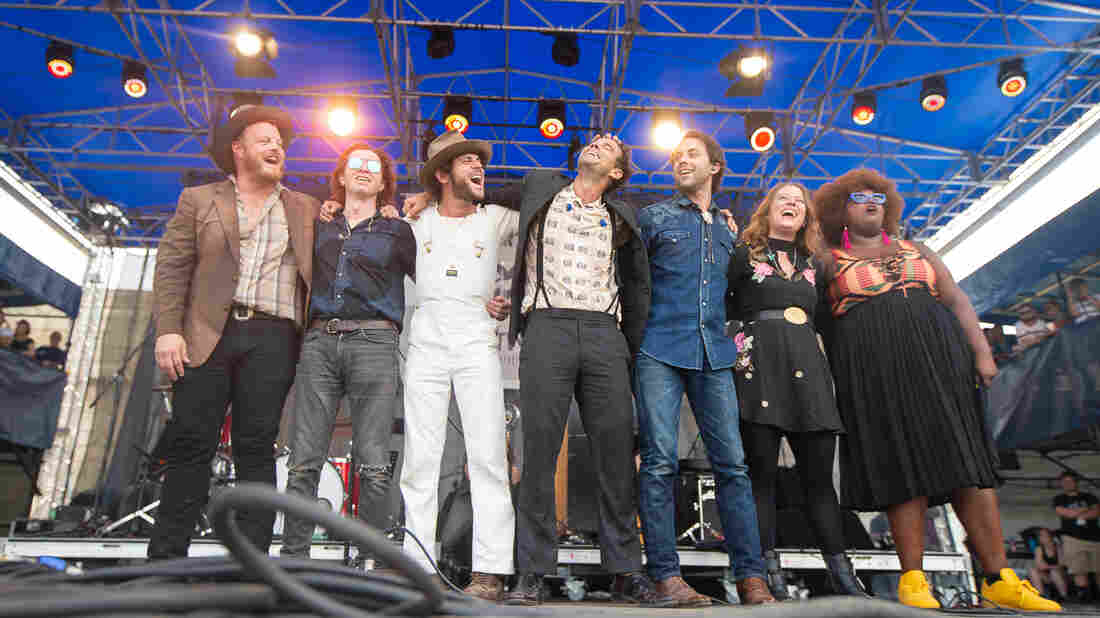 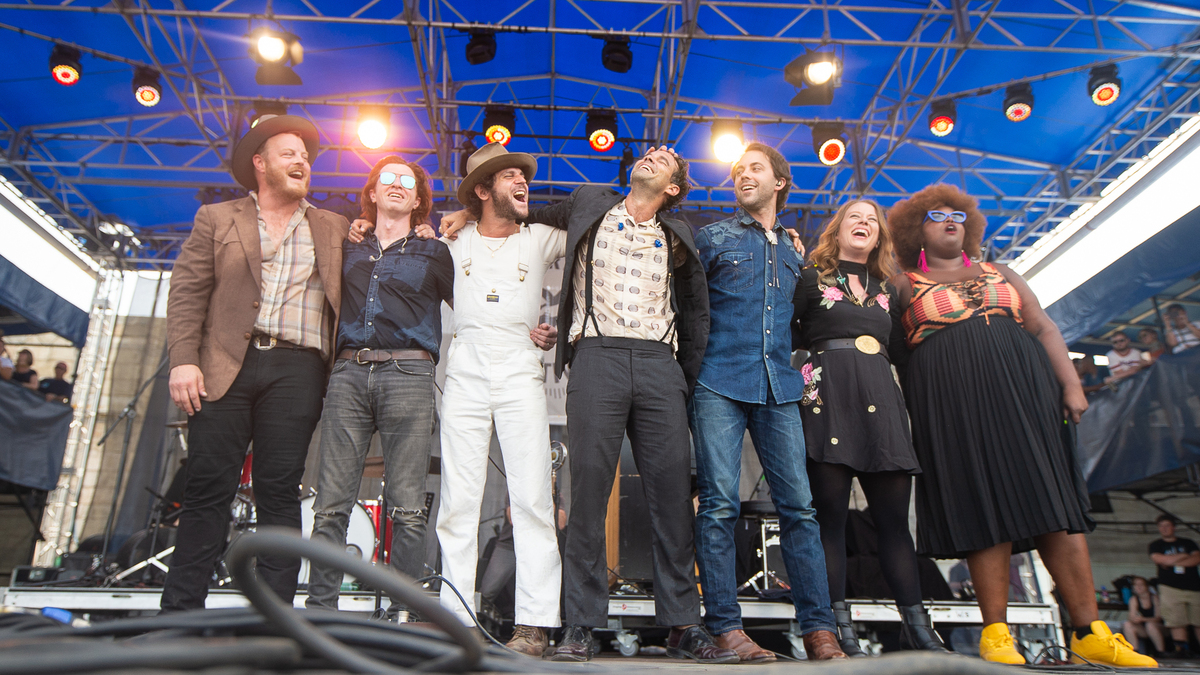 The Lone Bellow's return to Newport Folk Festival (its third appearance in five years) was a thrilling set to behold. The Nashville-by-way-of-Brooklyn band has grown from its core three members — Zach Williams, Kanene Pipkin and Brian Elmquist — to a five piece, further showcasing their powerfully dynamic range.

Opening with the song that also kicks off its latest album, Walk Into A Storm, the band repeatedly took the audience from joyful, foot-stomping singalongs, to a rapturous hush. Zach Williams never stopped moving, jumping, wailing, and even leaping from the stage down to the photographers pit, arms outstretched. If he could have embraced the thousands before him, he would have.

Midway through the set, Brian Elmquist took the lead on a song that was introduced as having been written with their friends The National, for the late Scott Hutchison, of Frightened Rabbit, who died earlier this year. (Aaron Dessner of The National produced albums for both bands, including the final Frightened Rabbit album, Painting Of A Panic Attack). Fittingly, the set closed with the title track to the Dessner-produced, Then Came The Morning, with special guests Kam Franklin of The Suffers, and Langhorne Slim, helping to lead the audience in a hushed, two-part harmony hum, ending in an church-like, a cappella whisper, followed by bombastic applause.