Accessibility links
'Him Doing Well Was Through His Children': Sharecropper's Son Makes Dad Proud When Percy White's father left the Virginia farm he worked to move north, the land owner said he wouldn't make it, and would come back. He didn't. That is, until he returned to say "I told you so." 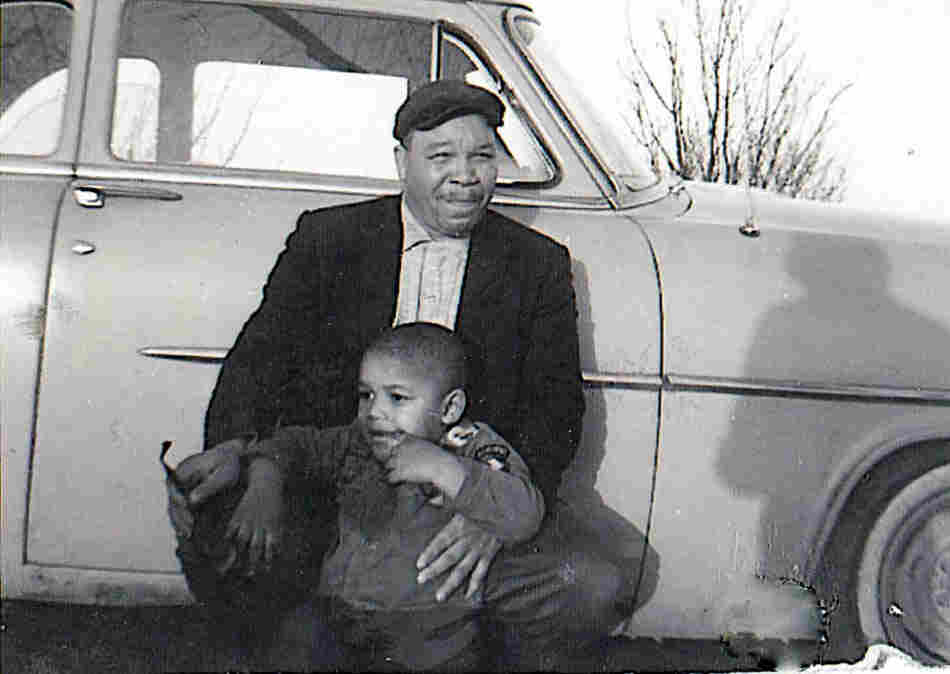 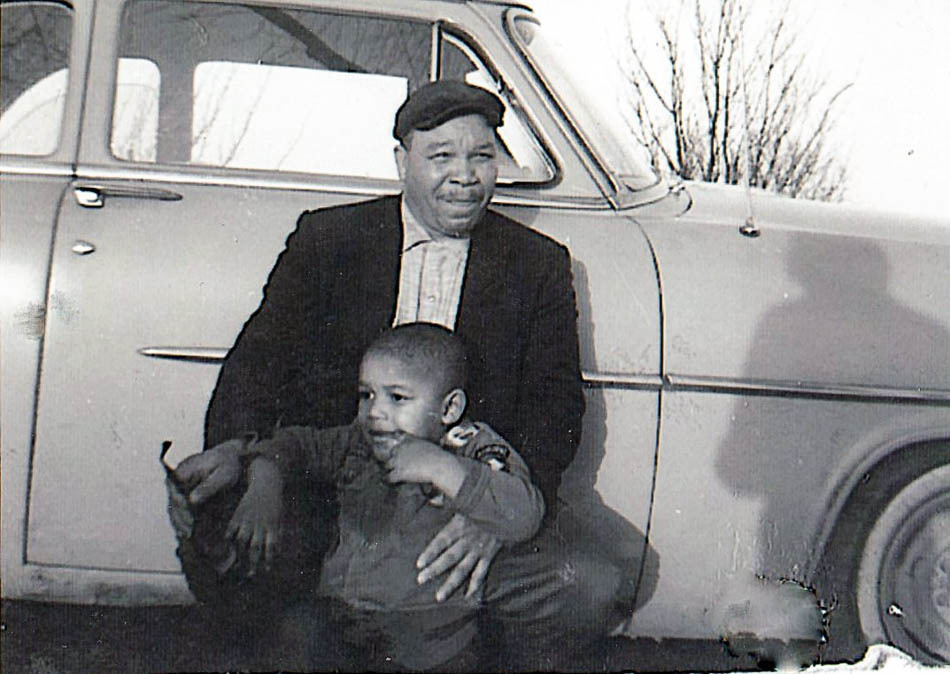 Born the son of sharecroppers in rural Virginia, Percy White III grew up in poverty.

During the early 1960s, White lived on a tobacco farm in Dinwiddie County with his grandparents, parents and his two sisters, in a house without electricity and running water.

There, White's family experienced the impacts of sharecropping, a system that was stacked against black people like them. Robert Marek, who people called Mr. Marks, owned the farm, and White's family worked the fields. 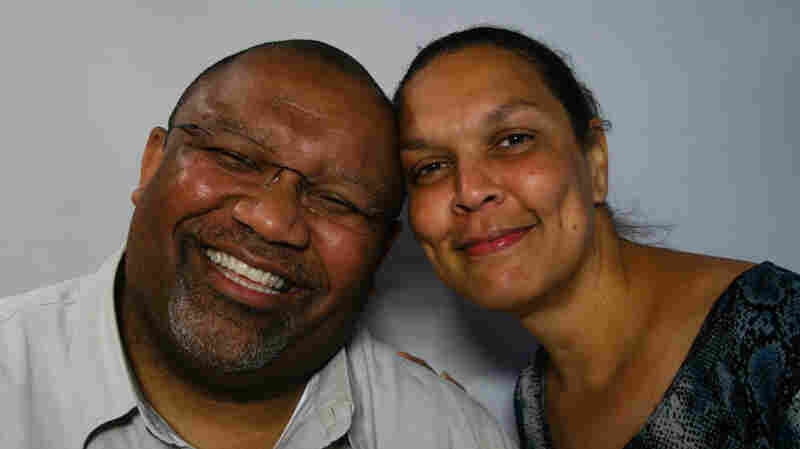 Percy White III and his friend Terry Wright talk about the life of White's late father, a former sharecropper, at their StoryCorps interview in 2012 in Arlington, Va. Erin Dickey/StoryCorps hide caption 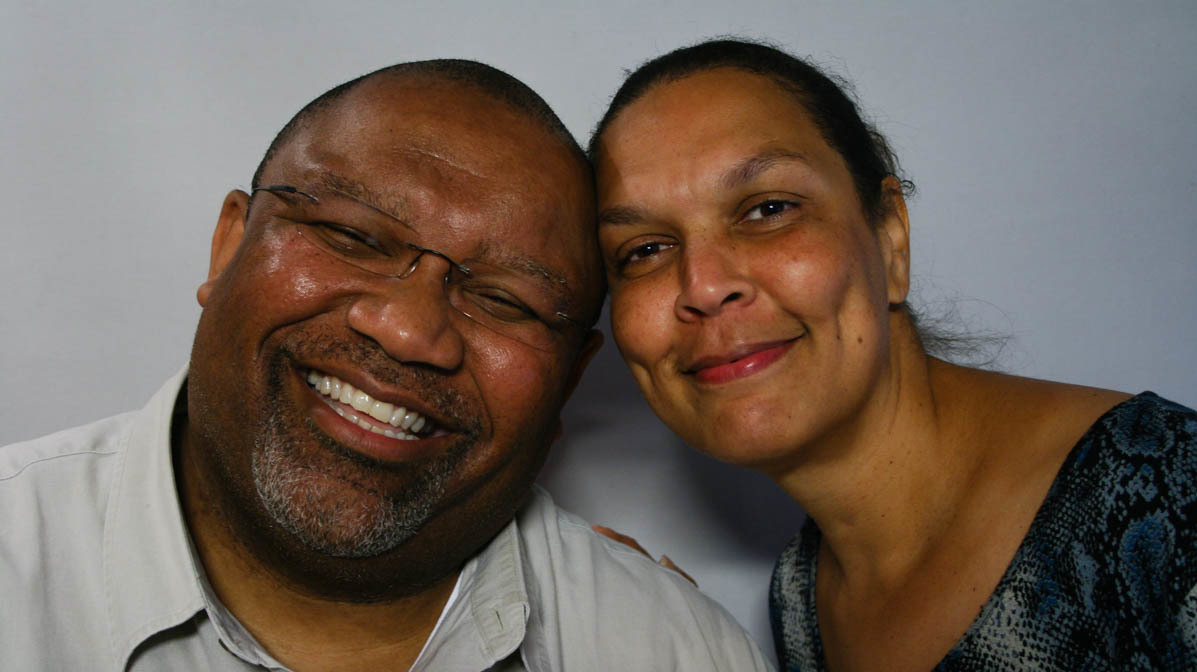 Percy White III and his friend Terry Wright talk about the life of White's late father, a former sharecropper, at their StoryCorps interview in 2012 in Arlington, Va.

In a StoryCorps conversation from 2012, White, 58, talks with his friend Terry Wright, 50, about his father's life as a sharecropper — and the pride he felt after managing to leave the discriminatory practice.

"My parents were sharecroppers ... working the land, working the tobacco, pulling the little bloom that comes off so there'll be more leaves," White says.

To cure the tobacco they hung in the barn, someone had to attend to a low-burning flame at all hours. "My father would have to do that," he says.

Still, White Jr. wasn't able to make even close to a living wage.

"By the time they got to market, Mr. Marks would always come up with something," his son, Percy White III says. " 'Well, you know, you broke that axe, so I got to charge you for the axe. There was gas used for the tractor, I got to charge you for the gas.' So by the time he subtracted all of these many things from all of the work that my family had done, they would get literally just a couple of dollars. While Mr. Marks and his family — a white man — they were doing pretty well."

In addition to working on Mr. Marek's property, White Jr. kept a number of other jobs — in an eyeglass factory, in a paint factory — to support the family.

The Whites wanted better opportunities for their children, and they knew that wouldn't be possible if they stayed on the Mareks' land. White Jr. was tired of being taken advantage of.

"My father got upset and told Mr. Marks, 'I'm taking my family, and we're moving up North.' Mr. Marks told my father, 'Well, you can go up there, but you not going to get a job — you didn't finish high school. What are you going to do? You'll be back here in no time.' "

He wasn't. In 1962, White Jr. moved to Washington, D.C., and got a job as a custodian with The Washington Star newspaper, and eventually worked his way up to a supervisor. The rest of the family joined him a few months later.

"My father, he was getting older, and he asked me to drive him and my family down to Dinwiddie County to see Mr. Marks," White says. "Mr. Marks had long since died, but Mrs. Marks was there."

His father had a message to deliver to the wife of his former employer.

"My father got a great deal of joy out of telling Ms. Marks, 'Ms. Marks, you remember Angela? She's a manager for Metro. You remember Susan, my youngest daughter. She works for NASDAQ. You remember P.L. [Percy White III] — you know, the little, chubby, fat boy, he was born down here? Yeah. This is P.L. He went to college. He went overseas and played basketball. He's currently a probation officer.' "

White had witnessed one of his father's proudest moments.

"There was a great deal of pride in my father's face to tell her that," he says. "Because he felt like he could say, 'See? I told you I was going to do well.' And him doing well was through his children."

"It's hard to explain how powerfully that sticks with me," he says.