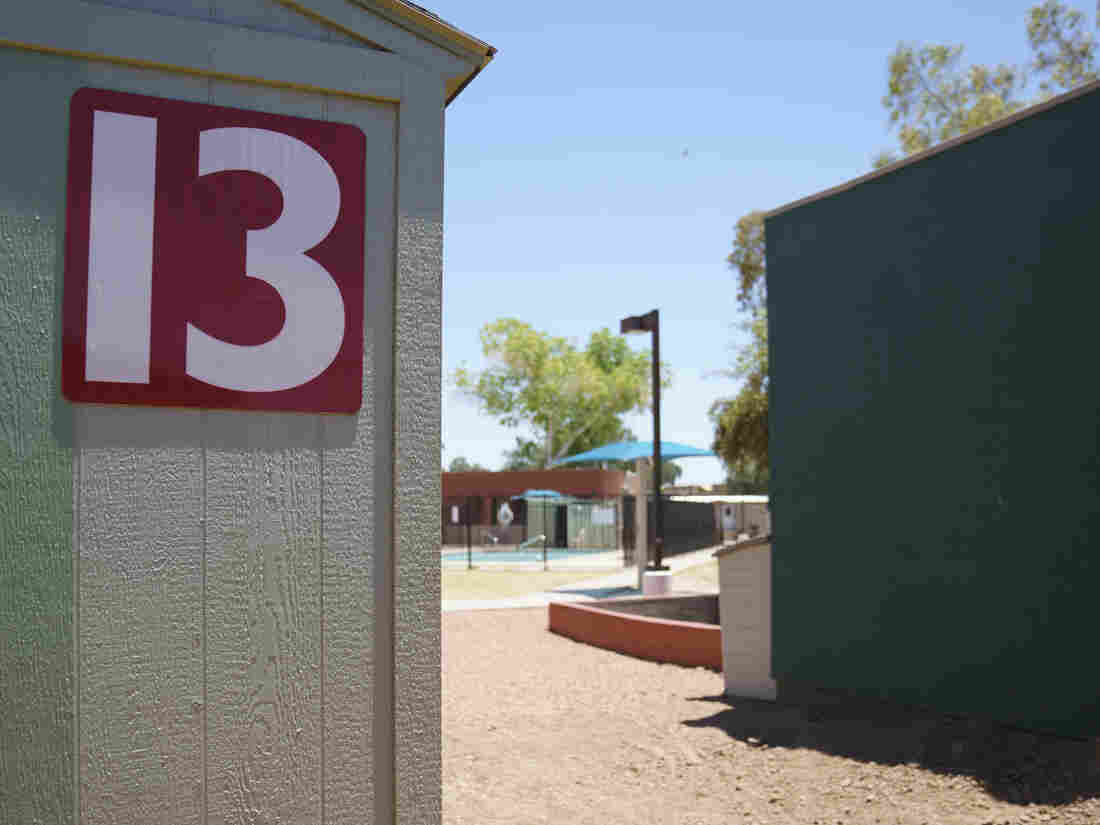 Southwest Key Campbell is one of two shelters for immigrant youths in Arizona that are facing accusations of sexual abuse of minors by staff members. Carolyn Kaster/AP hide caption 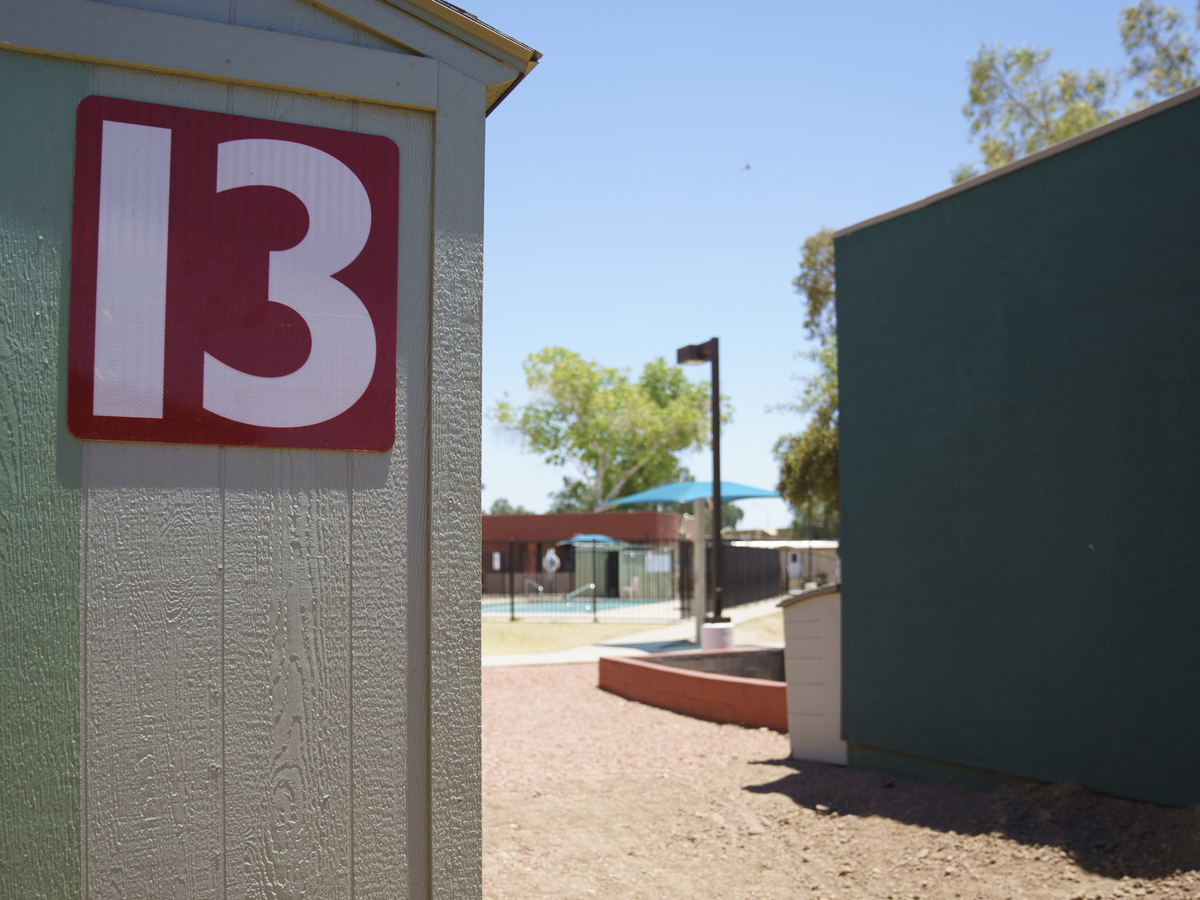 Southwest Key Campbell is one of two shelters for immigrant youths in Arizona that are facing accusations of sexual abuse of minors by staff members.

A former worker at a shelter for immigrant youths in Arizona has been accused of molesting eight teenage boys over a nearly yearlong period at the facility, according to federal records cited by nonprofit news site ProPublica.

In a separate case, a federal contractor has also been arrested on suspicion of sexually abusing a 14-year-old girl at a facility in Phoenix operated by the same organization, Southwest Key Programs, according to court records in Maricopa, Ariz., The Washington Post reports.

The two cases highlight allegations of abuse and poor conditions at shelters housing migrant children that have come into focus because of the Trump administration's now-rescinded policy of separating families at the Southern border. A federal judge has ordered more than 2,500 children who were separated from their parents to be reunited.

Six others say Pacheco groped them through their clothing, according to ProPublica. All the boys were between 15 and 17. Charges against Pacheco, who has since been fired by Southwest Key, were brought in August 2017.

The accusers in the case involving Pacheco were all unaccompanied minors, but it is not clear whether they were separated from their parents or whether they traveled to the U.S. alone.

The Associated Press says Pacheco has pleaded not guilty. His attorney said the charges against him involve an "extraordinary broad range of dates and lack of specificity."

ProPublica reports that Casa Kokopelli "was cited by the Arizona Department of Health Services in 2017 for failing to complete background checks, including fingerprinting, to ensure that employees hadn't previously committed sex offenses and other crimes, records show. Pacheco worked for nearly four months without a complete background check, according to documents and an agency official. Those records did not show any previous arrests or convictions for sex offenses, they said."

In another case, Fernando Magaz Negrete, 32, was charged Tuesday with child molestation, sexual abuse and aggravated assault at a different Southwest Key facility in Phoenix.

The Post writes, "According to a probable cause statement, a teenage girl sharing the room with the 14-year-old girl witnessed the alleged June 27 incident and sparked the investigation when she reported it to authorities July 25. In interviews with investigators, the 14-year-old girl said Magaz Negrete entered her room and began kissing her on the lips. She then 'pushed him away,' got away from him and 'went to her bed angry,' police said in the probable cause statement."

It is not clear from the documents whether the girl had been separated from her parents at the border.

The facility where the incident involving Magaz Negrete allegedly took place is not named in the court documents, but Phoenix's ABC15 reports it is Southwest Key Campbell, the same shelter visited by first lady Melania Trump in June.

Austin, Texas-based Southwest Key Programs is a nonprofit that operates dozens of shelters for migrant children across the country, and its funding includes contracts with the U.S. Office of Refugee Resettlement. Responding to the accusations of abuse, the organization said its "No. 1 priority" is "keep the children in our care safe."

"During our hiring process, we fully comply with all background and fingerprint checks of the staff we employ, and we go above and beyond to train every employee on issues such as their legal obligation as mandated reporters of abuse or neglect, appropriate boundaries, situational awareness, bystander training and many others," Southwest Key Programs said in a statement attributed to spokesman Jeff Eller.

"When a child tells us of inappropriate behavior, we immediately call law enforcement and start an internal investigation as appropriate," Eller said in a statement to the Post.

As NPR's Camila Domonoske reported in June, Southwest Key is the largest nonprofit running migrant shelters for the government, but it is not the only one.

"Shelters run by other organizations have been accused of serious physical abuse, sexual abuse and the use of psychotropic drugs without consent. By most accounts, Southwest Key shelters are generally safe, except for some health and safety violations," Camila writes.

As ProPublica notes, "Trump administration officials have repeatedly asserted that the shelters are safe, even fun, places for kids. But there has been increasingly intense scrutiny of the federally funded, privately run shelters."