Accessibility links
Amazon Pulls Some Nazi-Themed, Offensive Items After Criticism, But Many Remain Amazon says it removed several items featuring racist symbols from its store after a letter from Minnesota Rep. Keith Ellison. But it's still easy to find white supremacist materials on the site.

Amazon Pulls Some Nazi-Themed, Offensive Items After Criticism, But Many Remain

Amazon Pulls Some Nazi-Themed, Offensive Items After Criticism, But Many Remain 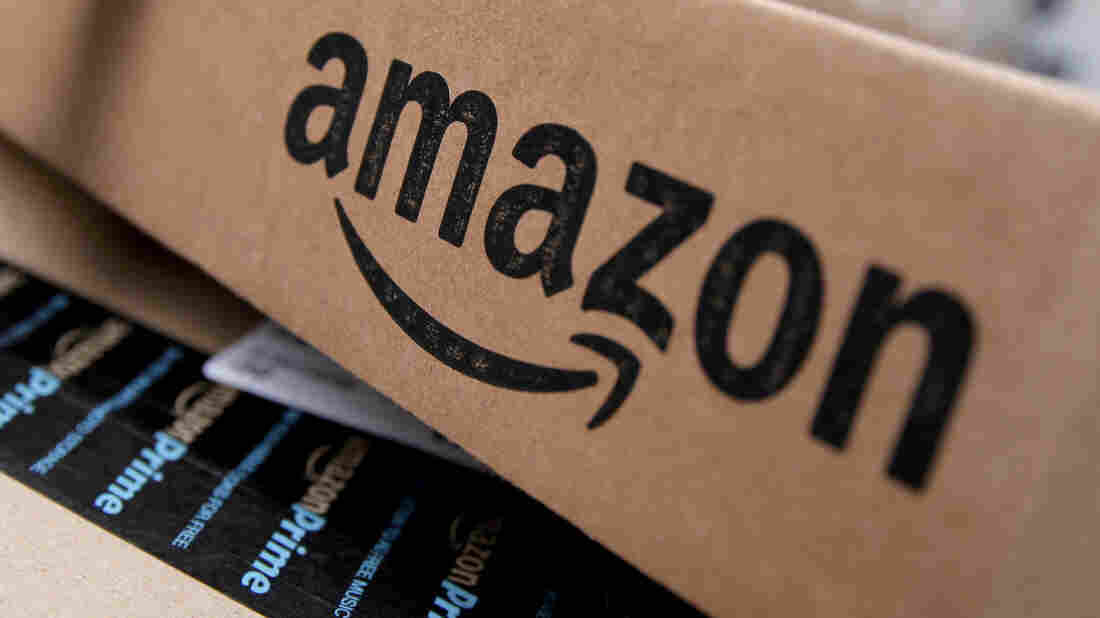 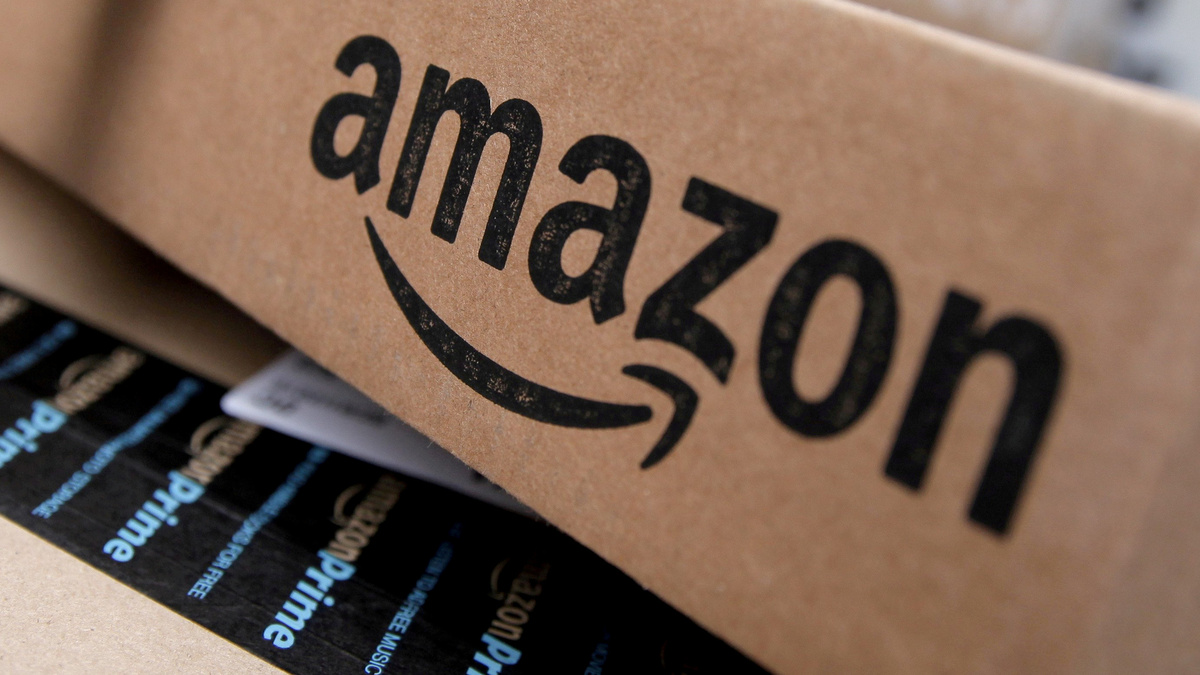 Amazon says it removed several items of racist propaganda from its store in response to questions from a Democratic lawmaker — though white supremacist literature and other propaganda items remain widely available on the site.

After criticism from advocacy groups and Minnesota Democratic Rep. Keith Ellison about the availability of Nazi-themed toys and baby onesies with pictures of burning crosses on Amazon's website, the company said this week that it had removed several items and banned sellers who had violated its policies.

Amazon's U.S. seller policies ban "items that Amazon deems offensive," which include products "that promote or glorify hatred, violence, racial, sexual or religious intolerance or promote organizations with such views."

But a report last month by the advocacy groups the Partnership for Working Families and the Action Center on Race & the Economy said Amazon was "facilitat[ing] the spread of hate ideologies, including white supremacy, anti-Semitism, Islamophobia, and homophobia." The groups said the "breadth of Amazon's business combined with its weak and inadequately enforced policies" was giving hate groups the opportunity to profit.

The report featured pictures of items for sale as of June 2018, including a baby onesie with a picture of a burning cross, a sticker of a noose, Nazi-themed flags and patches, a swastika pendant and Nazi-themed toys for children. The report also named various publishers and authors with e-books for sale on Amazon who were identified as being affiliated with hate groups, according to the monitoring group the Southern Poverty Law Center.

That caught the attention of Ellison, who sent a letter to Amazon CEO Jeff Bezos on July 17 asking "whether Amazon is committed to ceasing the sale of all products that promote hateful and racist ideologies."

Amazon replied in a letter dated July 31, saying it had removed items referenced in Ellison's letter and permanently banned seller accounts who had violated Amazon's policies.

Brian Huseman, Amazon's vice president of public policy, said in his letter to Ellison that the company "makes a significant investment in, and strictly enforces, our seller policies."

"We have developed sophisticated, automated tools that use machine learning to scan listings on Amazon, automatically removing listings found to be in violation of our policies, before we are ever notified by an external party," he added in a copy of the letter obtained by The New York Times. "These automated tools are supplemented by teams of investigators that conduct manual, human review of our listings on a regular basis."

A search by NPR of Amazon's website yielded many results of racist paraphernalia, especially books by white supremacists. 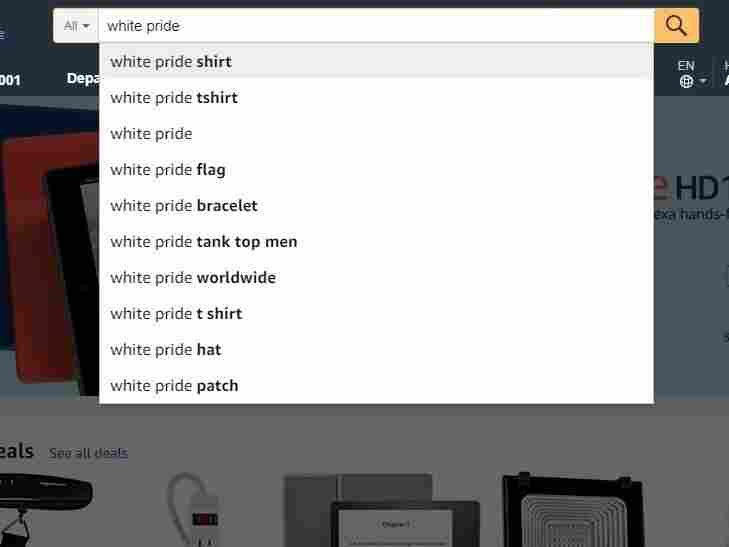 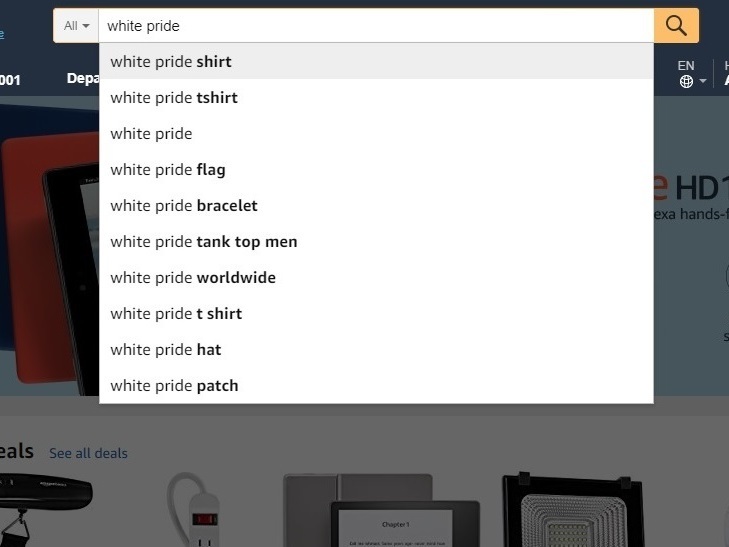 One of the top results after searching for "white pride" is a T-shirt with an "Amazon's choice" label, reading, "It's OK to be white."

White Power by George Lincoln Rockwell, founder of the American Nazi Party, is available on Amazon in Kindle, hardcover and paperback, with 50 customer reviews giving it an average of 4.3 out of 5 stars. Amazon's website automatically recommends other titles by Rockwell, including A National Socialist Life and This Time the World.

Trevor Lynch's White Nationalist Guide to the Movies promises to deal "frankly with the anti-white bias and Jewish agenda of many mainstream films." Amazon's website says the item ships from and is sold by Amazon.com.

Prominent white nationalist Jared Taylor has his own author page on Amazon, with several of his books available. The SPLC describes Taylor as "a kind of modern-day version of the refined but racist colonialist of old."

Another author with books easily available is Kevin B. MacDonald, a retired California State University psychology professor who espouses views that the the Anti-Defamation League has called anti-Semitic.

An inquiry to Amazon's media relations office was not immediately returned.