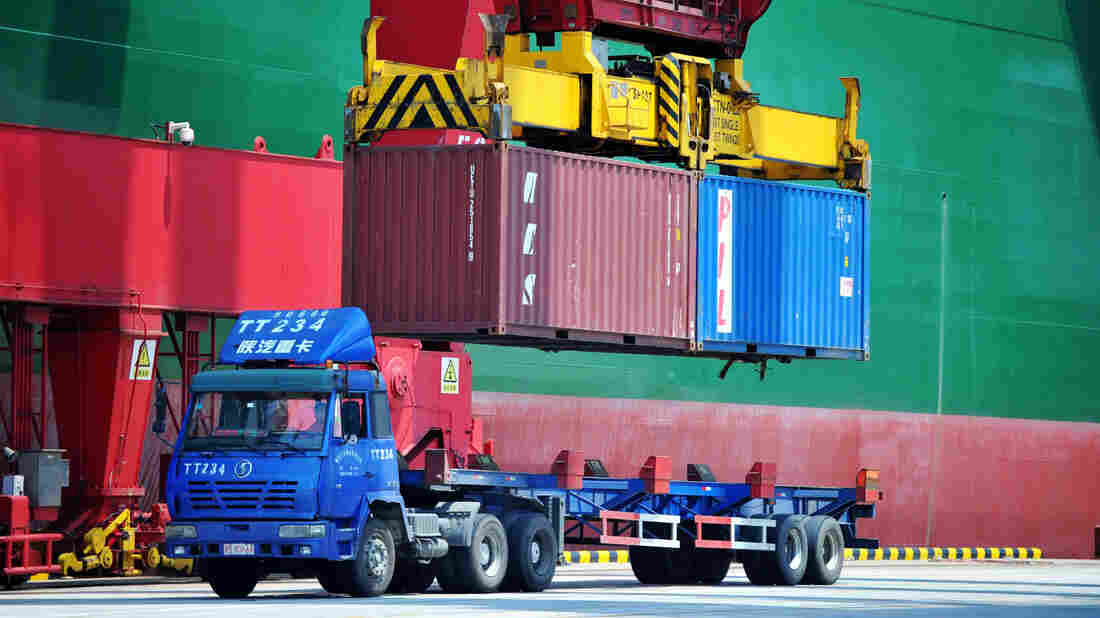 Containers are transferred at a port in Qingdao in China's eastern Shandong province on July 6. China has announced a plan to impose more tariffs on U.S. goods, in response to escalating trade threats from the Trump administration. AFP/Getty Images hide caption 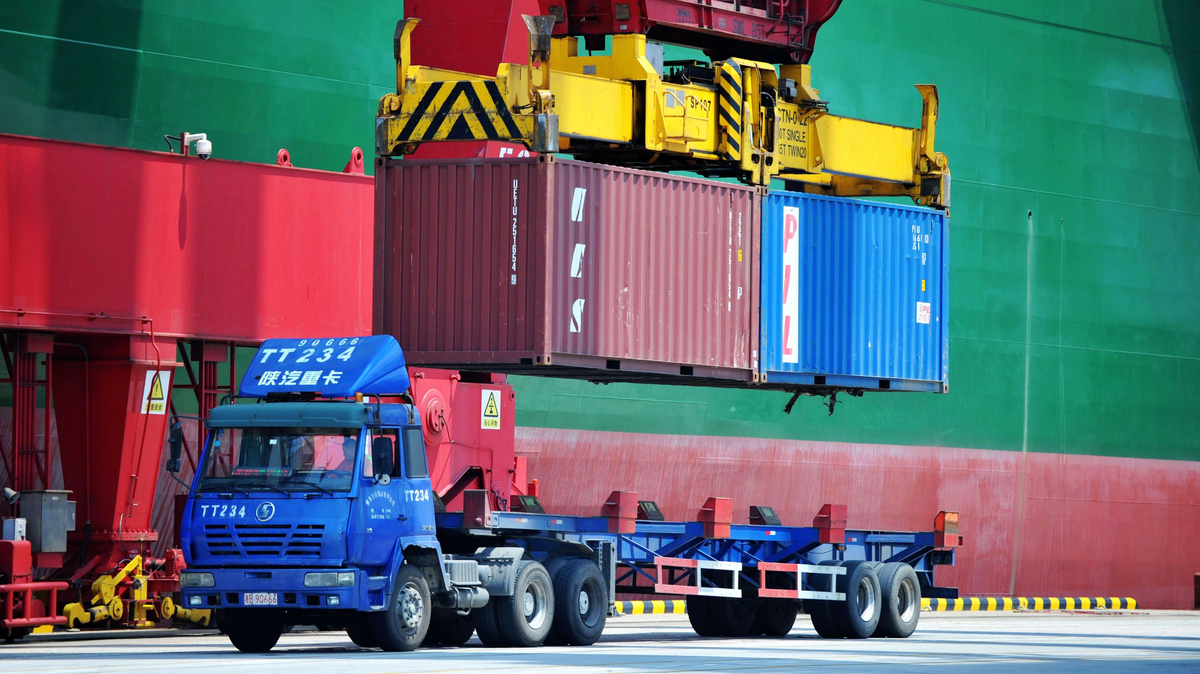 Containers are transferred at a port in Qingdao in China's eastern Shandong province on July 6. China has announced a plan to impose more tariffs on U.S. goods, in response to escalating trade threats from the Trump administration.

China has announced a plan to impose new tariffs on $60 billion of American goods, in retaliation for the latest tariff threats from the Trump administration.

Earlier this week, the White House said it was considering boosting tariffs on $200 billion worth of Chinese goods, raising those tariffs to 25 percent from 10 percent. That particular set of tariffs has not yet taken effect.

China promptly promised it would take countermeasures of its own. On Friday, the Ministry of Commerce described its planned response: four different types of tariffs on $60 billion of U.S. goods.

The Chinese government did not specify what types of American products would be affected or when those tariffs would take effect.

"China thinks that negotiations based on mutual respect and mutual benefit are the efficient way to solve trade conflicts," the ministry said in a statement. "Any unilateral threat or blackmail is only going to escalate the conflict and hurt everybody's interests."

Retaliatory tariffs were necessary, China says, to "defend the dignity of the country and interests of its people" as well as "the mutual interest of all the countries in the world."

China has already filed a complaint with the World Trade Organization about the U.S. proposal for tariffs on $200 billion worth of goods.

Trade tensions between the U.S. and China have been escalating for months, driven by President Trump's aggressive rhetoric and policy positions.

Last month, Trump threatened to impose tariffs on all goods imported from China.

The tariffs discussed in this week's pronouncements are still in the threat stage; they have not yet taken effect. But billions of dollars in tariffs have already been imposed on imports and exports between the two countries.

The U.S. has imposed tariffs targeting aerospace, robotics and other forms of technology, while China retaliated with tariffs on agricultural products, seafood and cars, among other things. Those tariffs have already started to affect some businesses, though only a small fraction of the U.S. economy is experiencing consequences.

"The money comes after farmers, especially soybean growers, have felt the brunt of retaliatory tariffs placed on agriculture by China and other nations that the Trump administration has penalized with tariffs on imports," NPR's Brian Naylor reported.

Meanwhile, the Chinese economy is likely to feel a pinch, but that doesn't mean the country will back down, William Zarit, the chair of the U.S. Chamber of Commerce in China, tells NPR.

"I think that China will actually feel more pain" than the U.S., Zarit said last month. "Its economy right now is in a soft spot. Investment is down. Consumption is down. Export growth is down. But ... the Chinese Party and the government control the media as well as a good bit of the economy. So I think that if there were something that kept on going for a long time that they would be able to muddle through."

In addition to Beijing's top-down control, the recent diversification of China's economy and its exports makes the country better positioned to endure a trade war now than it could have in the past, NPR's Jim Zarroli reports.

"China's economy is much less dependent on trade now and on trade with the U.S. than it used to be," says Linda Lim, a professor of corporate strategy and international business at the University of Michigan, told Zarroli.