Accessibility links
Federal Judge Calls Government Plan To Reunify Migrant Families 'Disappointing' The Trump administration had argued that the ACLU should take responsibility for locating parents who were deported back to Central America without their children. 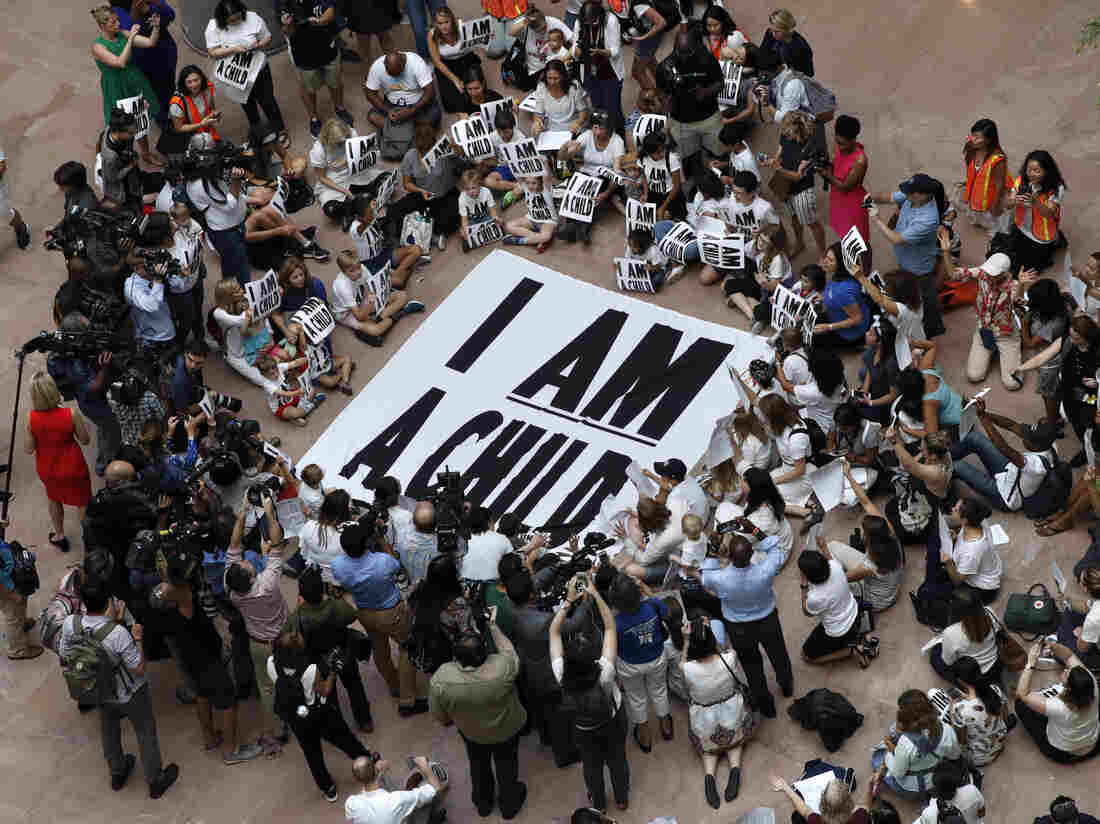 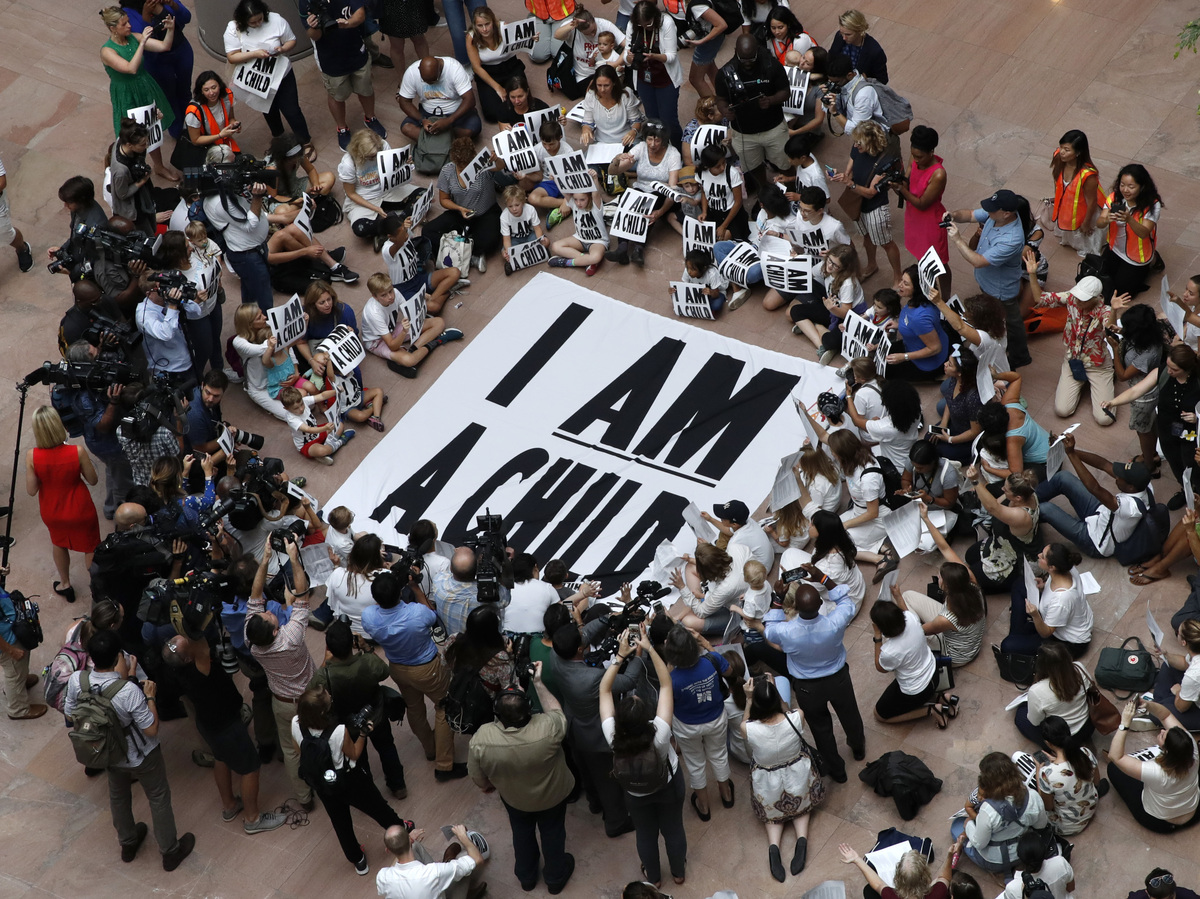 Families with young children protest the separation of immigrant families with a sit-in at the Hart Senate Office Building in Washington last week.

A federal judge said the Trump administration's plan for reunifying hundreds of migrant families who were separated at the Southern border under its "zero tolerance" immigration policy is disappointing.

U.S. District Judge Dana M. Sabraw said that he will order the government to appoint a single point person to oversee the reunification process. He indicated that his order will come no later than Monday.

Sabraw's comments came in a status conference between lawyers from the Justice Department and the American Civil Liberties Union, the group that successfully sued the government to stop it from separating families.

In uncharacteristically blunt language, the judge said that it is "just unacceptable" that only 12 or 13 parents out of close to 500 parents who have been deported from the U.S. have been located thus far.

"The reality is that for every parent who is not located there will be a permanently orphaned child and that is 100 percent the responsibility of the administration," Sabraw said.

On Thursday, lawyers for the government and the ACLU submitted a joint status report to the court about the progress of the reunification process. The judge made it clear that he wasn't impressed.

"I have to say that it was disappointing in the respect that there was not a plan proposed," he said.

In its report, the government said the ACLU should bear the lion's share of the work in trying to reunite the families by using its "considerable resources," which include a network of attorneys and nongovernmental organizations on the ground in Central America.

During the status conference, the deputy director of the ACLU's Immigrants' Rights Project, Lee Gelernt, said his group is prepared to do more to help reunify the families but that it still needs more information about them currently in government files.

Gelernt also said that 95 percent of the parents who were deported without their children are from Guatemala and Honduras. Many come from very remote places and it is difficult to locate them, he added.

Throughout the hearing, Sabraw returned to his idea of having the government appoint a person to lead the reunification process.

"This is going to be a significant undertaking, and it's clear that there has to be one person in charge," said the judge.

He also said that he is waiting for a ruling from a federal judge in Washington, D.C., in a related case that seeks a temporary end to the deportations of parents. He indicated that that case could be transferred to his jurisdiction in San Diego.

In June, Sabraw ordered an end to the family separations and set a deadline of July 26 to reunite more than 2,500 families.