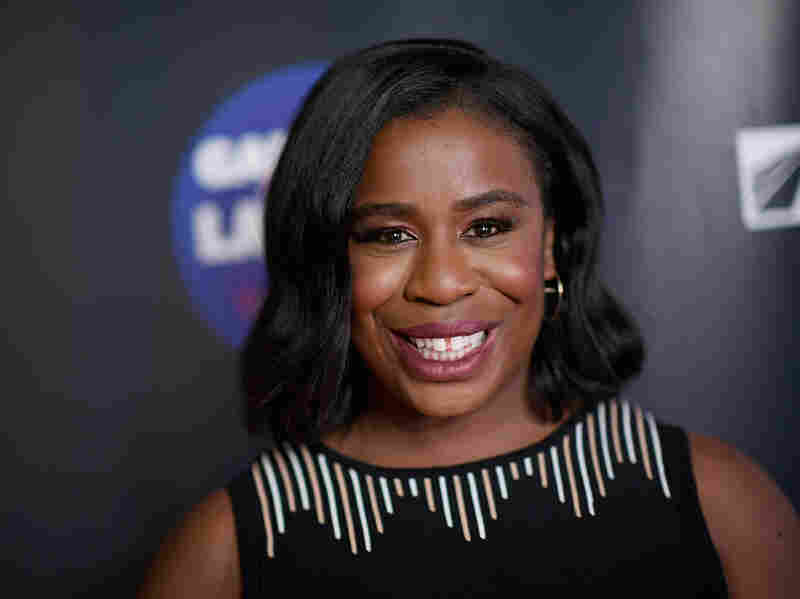 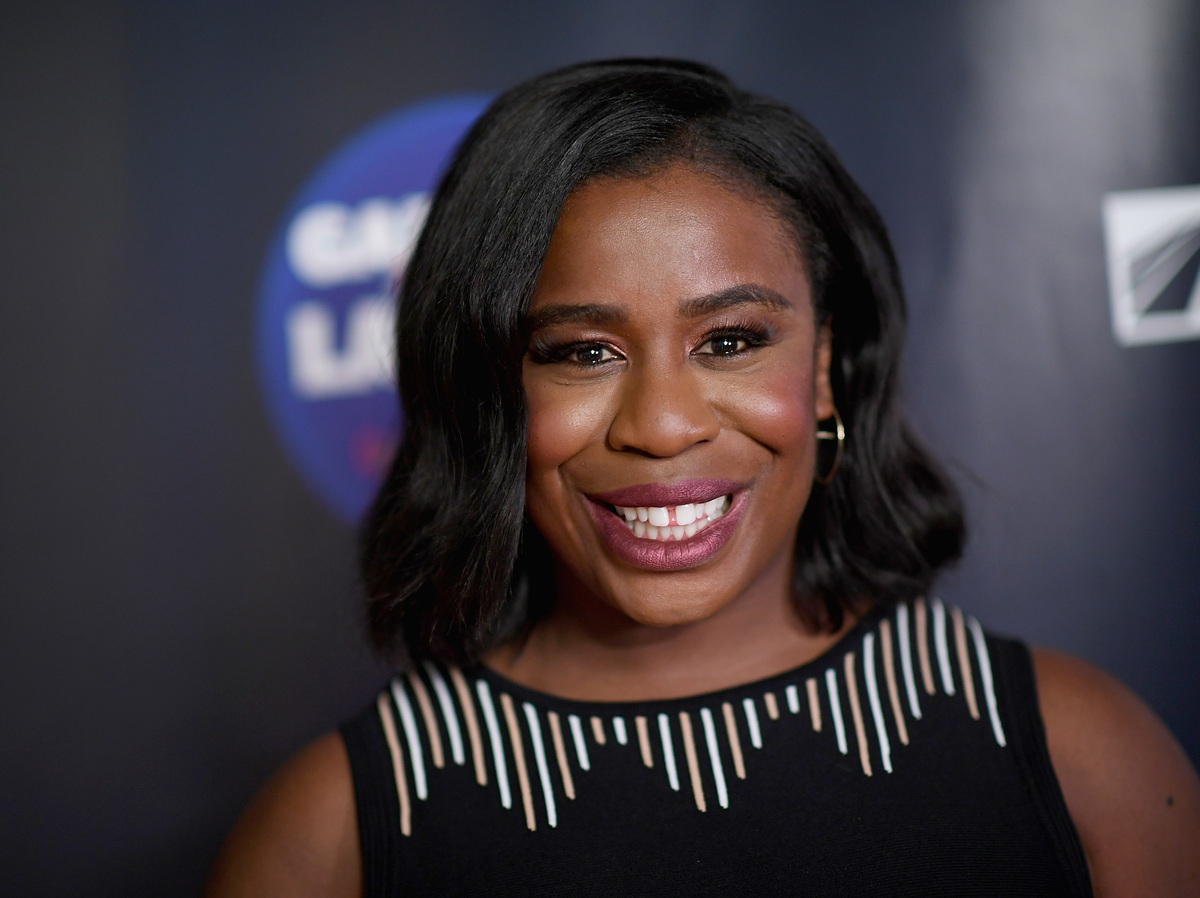 Click the audio link above to see how she does.

Uzo Aduba Says A Supernatural Message Kept Her In Acting

And now the game where people who came from nowhere become incredibly successful and famous and then come back here to remember what nowhere was like.

SAGAL: Actor Uzo Aduba has won an Emmy for supporting actress in a drama series and an Emmy for guest actress in a comedy series. But what's really amazing is that she won it for the same role in the same show. She plays the inmate Suzanne Warren, better known as Crazy Eyes, in the Netflix series "Orange Is The New Black." And she joins us now. Uzo Aduba, welcome to WAIT WAIT... DON'T TELL ME.

SAGAL: So the first story we heard about you is that you almost quit acting right before getting this particular job. Is that right?

ADUBA: That is 100 percent correct. I quit acting the day I got this job.

SAGAL: You're a failure as a quitter. But - so how did that happen? I know you were a theater actress for a long time, right?

ADUBA: Yeah, I live in New York. And I was doing theater. And my manager thought that I should start doing film and television because I'd never auditioned for it before. And I said, OK, sure. And she said, and we're not going to take any more theater jobs or theater offers. And I was like wait, huh. And I started auditioning for film and television and was getting a lot of nos. And on the day, I auditioned for this one particular job that I thought, you know, I'd had a good audition for, I was crazy late. Like, if anybody's an actor in the room, you know you're not supposed to be late for an audition. And I was.

SAGAL: There it is.

SAGAL: And pretty much, lucky everybody. And did they - we also read that you had auditioned for one part. And they said, no, no, no, we don't want you for that. We want you to do it for this other person named Crazy Eyes.

ADUBA: Yes. I auditioned for this part of Janae, who was a track star and then ran track in college. And my agent and my managers thought like, oh, that makes sense. She should audition for this. And so I'm always like curious what in my audition felt like she's not right for the track star, but she should definitely play this crazy girl.

SAGAL: Yeah. Did that worry you because they were like, you know, there's something about the person? We like her, but we're worried she might kill us.

SAGAL: I'm going to confess something to you. I had not been watching "Orange Is The New Black." So I started watching it just recently.

SAGAL: And you appeared. And I swear to you - I mean, I used to be in the theater. I know this is a mistake. But I was like watching you, going, oh, how interesting. For that role, they found an actual crazy person.

ADUBA: You wouldn't be the first.

SAGAL: I'm sure. So I have two questions. When people encounter you, do they assume that you are in fact kind of crazy?

ADUBA: It's the best way to get out of a bill. I'll tell you.

ADUBA: But, no, I usually don't because it's like I'm on the subway. And I'm like this is probably not the place or the time.

SAGAL: We talked to Edie Falco, who of course was on "The Sopranos." And she talked about how she would sometimes hear from actual mob families about how much they appreciated it. So do you ever hear from people who are in prison or who have been in prison talking about your depiction of their lives?

ADUBA: Yeah, we've heard from people who have been in prison - none who are incarcerated. But like we have had people who are like, oh, my gosh, yo, you're just like Taystee. Or, yo, you're just like - we know a Crazy Eyes. Yo, I know a Piper or, you know, whatever. Then like Natasha told us the story - Nicky Nichols, she told us the story once of running into a judge who was like, I have seen all of those characters come through my court. All of you are so real.

SAGAL: We were looking - you mentioned that you're a trained singer, right?

SAGAL: Yes. And we - I don't know if this is true. And I want to hear it. You were in the live TV version of the "Wiz" playing Glinda the Good Witch.

SAGAL: And we read that you beat out Beyonce for that role.

SAGAL: Is it true? Are you the first person in the history of the world to deny Beyonce something she wanted?

ADUBA: I will - no comment, no. No would be the answer to that question.

SAGAL: Let me ask you about one last thing, which is perhaps the role you might eventually be best known for - in "My Little Pony: The Movie." What exactly was your role in that film?

SAGAL: Did you have a cutie mark of any kind?

ADUBA: Did I have a what?

ADUBA: That's a good - you are very familiar with "My Little Pony."

SAGAL: Is it also true you beat out Beyonce for this "My Little Pony" role?

SAGAL: Beyonce's out there like, this woman keeps getting in my way. Uzo Abuba, we are delighted to talk to you and honored in fact. But we have asked you here to play a game we're calling...

SAGAL: So you play the character known as Crazy Eyes. So we thought we'd ask you about private eyes. Answer two out of three questions about private investigators, and you'll win our prize for one of our listeners - the voice of their choice on their voicemail. Bill, who is Uzo Aduba playing for today?

SAGAL: OK, so here's your first question, Uzo. Most private investigators thrive on anonymity - but not detective Jay J. Armes, who became so famous he even had his own action figure and a guest spot on "Hawaii 5-0." What sets Jay J. Armes apart from other PIs - A, he's a goldendoodle, B, he has two hooks for hands or, C, he's an AI program running on an iPad mini?

ADUBA: Oh, my gosh, I'm going to guess B. You're going to go B, that he had two hooks for hands. You're right.

SAGAL: His report was that it, quote, "just walks around the streets, licks itself and climbs trees."

SAGAL: All right, you can be perfect. Your last question - Bill quoted the song when we began this. Bill quoted the song "Private Eyes," one of the biggest hits by the pop duo Hall and Oates. How did Daryl Hall and John Oates meet to start their legendary partnership? Was it, A, Hall illegally tackled Oates during the 1975 Eastern Regional Ultimate Frisbee championship game, B, they met in the service elevator of the Adelphi Ballroom in Philadelphia while fleeing a gunfight between two rival gangs or, C, Oates was getting his hair done, saw a picture of Hall taped to the mirror and, said make me look like that guy?

SAGAL: B was they met in the service elevator of the Adelphi Ballroom in Philadelphia while fleeing a gunfight between two rival gangs.

ADUBA: I'm going to go with A.

SAGAL: I'm beginning to see how you got the role.

SAGAL: It was actually B. I'm afraid they did...

SAGAL: Maybe that's where Michael Jackson got the idea. They were young. They were at Temple University. They were at Battle Of The Bands at the ballroom. A gang fight broke out. And they ran into the service elevator, looked at each other, and musical history was made.

SAGAL: Bill, how did Uzo Aduba do on our quiz?

KURTIS: Two out of 3 - she questioned her instincts.

SAGAL: Never to do that. Never do that. Congratulations. Uzo Aduba plays Crazy Eyes on Netflix's "Orange Is The New Black." Season six is out now. Uzo Aduba, thank you so much for joining us - what a pleasure to talk to you.

ADUBA: Thank you so much for having me.

(SOUNDBITE OF SONG, "YOU'VE GOT TIME")