Accessibility links
In 'Orchid And The Wasp,' An Unapologetic Heroine Who's No Gentle Flower Caoilinn Hughes's new novel introduces a young Irish woman named Gael Foess, who is both exploitative and highly effective. The author says her protagonist is unlikable on purpose. 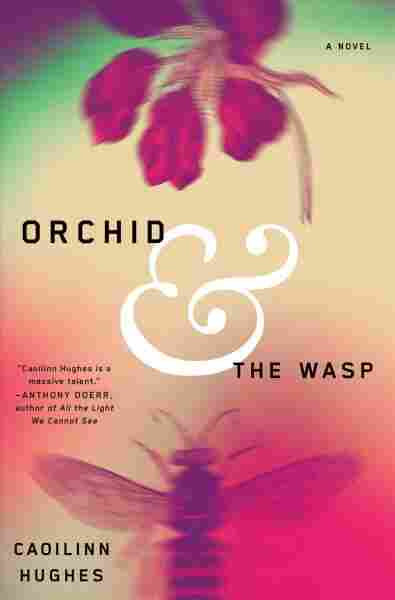 There's a type of orchid that resembles a female wasp. And in rare occasions, it will attract a male wasp to pollinate the flower.

That's the image on the cover of Caoilinn Hughes' new book, Orchid and the Wasp. But the relationship represents something heavier in Hughes' novel.

"So I was using this as a way to explore the relationship between the exploited and the exploiter," Hughes says. "And ask the question is it really exploitation if the loser isn't aware of what they're losing?"

The exploiter in Orchid and the Wasp is the book's heroine, Gael Foess. She's a young Irish woman willing to do anything to get what she wants. Reviews are calling Gael "despicable," "three times smarter than everyone around her," and "ruthless."

"I was really baffled and concerned by the fact that there don't seem to be many novels, and even films or stories, about women who aren't given an element of trauma who are unlikable or ostensibly unlikable — and who you see succeed. Normally if you have unlikable female characters ... this trauma is revealed in their past and kind of apologizes for their unlikability or their bad behavior. So I really wanted to avoid going down that route."

Gael doesn't apologize for much, including her sexuality. The only person who seems to pierce through Gael's tough exterior is Harper, her college roommate. Gael falls in love with Harper, but Hughes never labels Gael as gay or bisexual. That's by design.

"Gael's sexuality — I wanted to avoid having to address that directly in the sense that it's part of the privilege of straight people not to have to address their sexuality," she says. "On the other hand, it is also a little bit tragic that you get this feeling when you read the book that because Gael understands the world quite cynically, she's aware of the fact that being in a relationship with a woman will take away some of her clout."

Despite Gael's cynicism, Hughes says her complex heroine does have a conscience.

"Her moral compass is kind of a plaything in her hand that occasionally she puts away and forgets where she left it," Hughes says.

Barrie Hardymon edited this story for broadcast, and Patrick Jarenwattananon adapted it for the Web.