Accessibility links
Amanda Shires Won't 'Give Away The Secrets' Of Her Songs Amanda Shires' new album To the Sunset takes on more pop than her usual folk and Americana style and includes messages about motherhood and moving through life's rough parts. 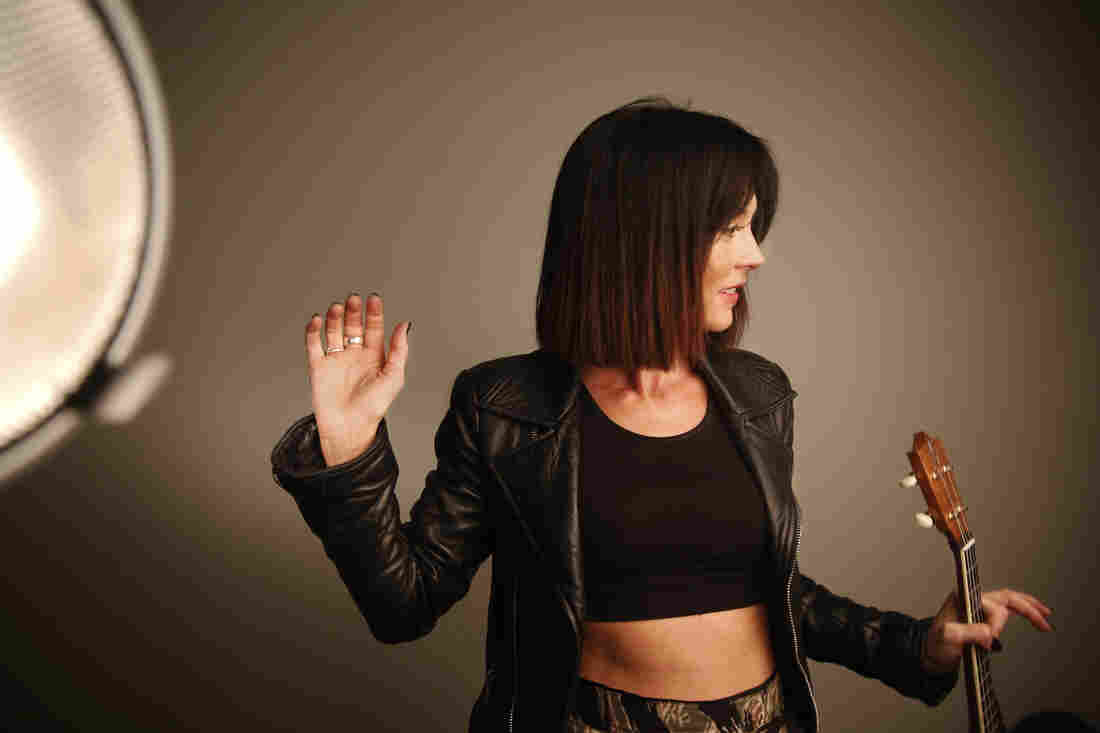 "The beauty of songs, I think, is if you do it right a lot of people can relate to it in their own way," Amanda Shires says. Elissa Nadworny/NPR hide caption 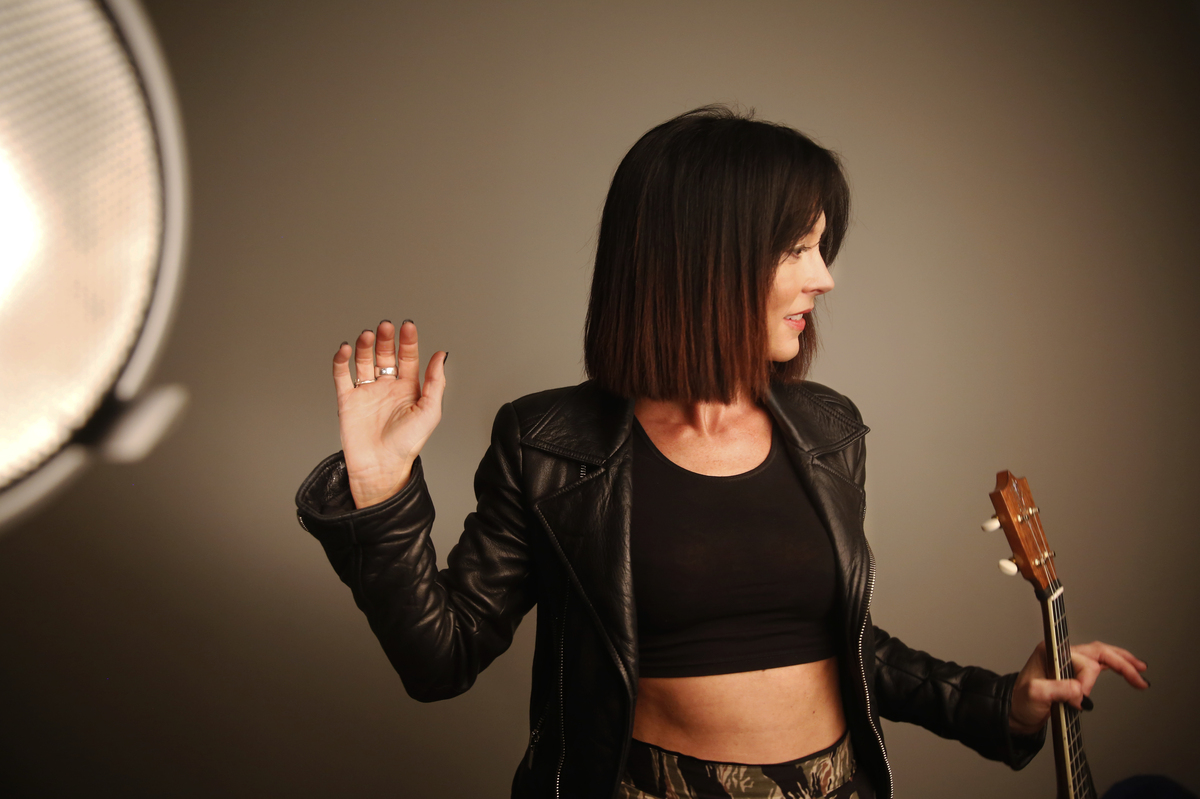 "The beauty of songs, I think, is if you do it right a lot of people can relate to it in their own way," Amanda Shires says.

Amanda Shires is known for her folksy, Americana sound. In 2017, Shires was named the Americana Music Association's Emerging Artist of the Year and she frequently lends her voice and style to her husband Jason Isbell's band, The 400 Unit. But her new solo record, To the Sunset, moves away from her normal style, taking on more pop sounds with crunched guitars and layered vocals.

Shires came to NPR in Washington, D.C. to perform songs from the new album and talk to NPR's Don Gonyea about the stories behind them, as well as about being a woman in country music and new motherhood.

Don Gonyea: I've seen you quoted as saying that women in country music, and even in Americana music, are expected to sound a certain way. Maybe sad, wistful songs. You walked down the Country Music Association red carpet in 2017 wearing a T-shirt that read, "Mama wants to change that Nashville sound." Is the musical style on this album your way of trying to make that change and defy those expectations?

Amanda Shires, "Break Out the Champagne"

Amanda Shires: No, only because I don't play Top 40, but I feel like when you notice things that are kind of unfair or lopsided, I think you still got to talk about it, though, being in the music business, about other music genres and stuff. But now, mostly in Top 40, still even with all the talk about it, you still turn on the radio, and you still listen to it for two hours, and you only hear two women or three if there's a trio that happens to have a woman in it. And then when you do look at the charts and there's maybe one woman on it — I'm talking about Top 40 country — it'll be like a slow, sad, needy woman song. And it's real frustrating I think. And you know what else happens with that? As a result, when you do festivals and stuff, they don't pick the women because they have to have upbeat songs. So it's a weird Catch-22, I mean, from where I'm standing.

One song that really sticks in my head especially the guitar and your vocals, it's one that really seems to embody this very progressive sound that you've got in this record is called "Eve's Daughter."

First thought: That has to be a blast to sing live with a band on stage.

It is, it's a lot of fun. I double-dog dare them to play that on the radio. Right now.

I suspect public radio stations are playing it. So it's called "Eve's Daughter." Tell us who Eve is and who is her daughter.

The idea started with my mom because it's really her story and then it's also a blend of my own perspective if I were to be her, in a way. I guess it starts where I come into the picture. So my dad whisks her away to Mineral Wells, Tx. — a beautiful place — and it doesn't work out, and she's moving around and getting lots of jobs doing things like being a fishmonger and a bail bonds lady and going to school. And then also, accepting the choices she's made and then being cheerful about it. 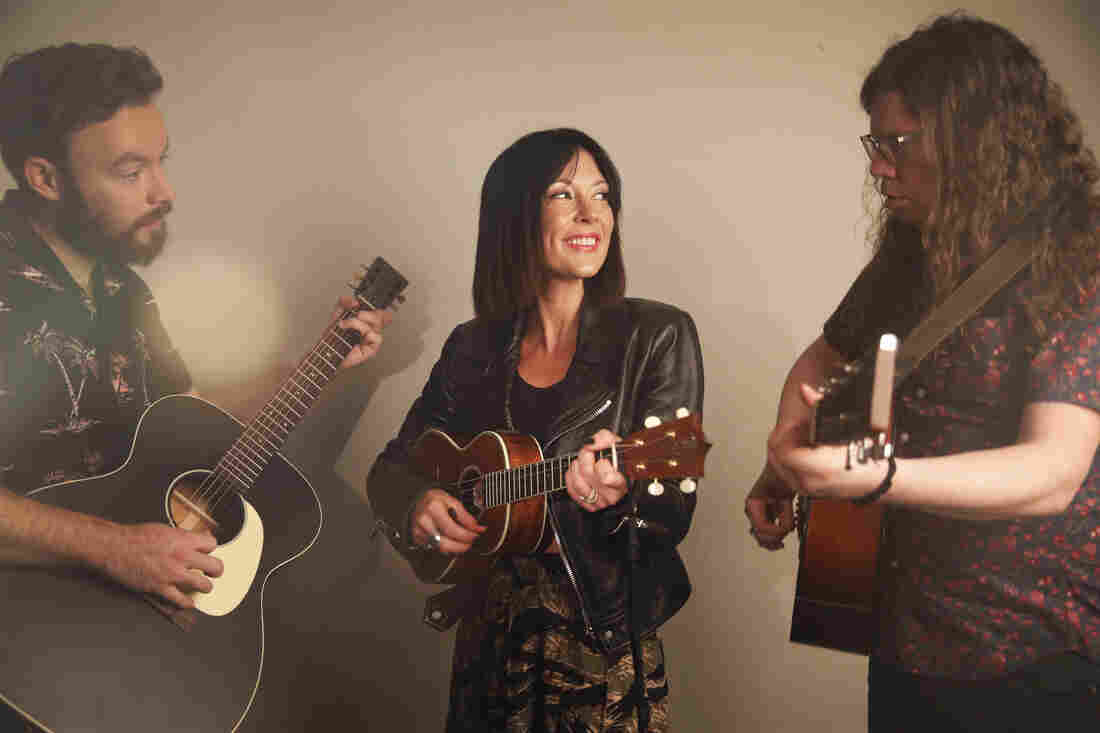 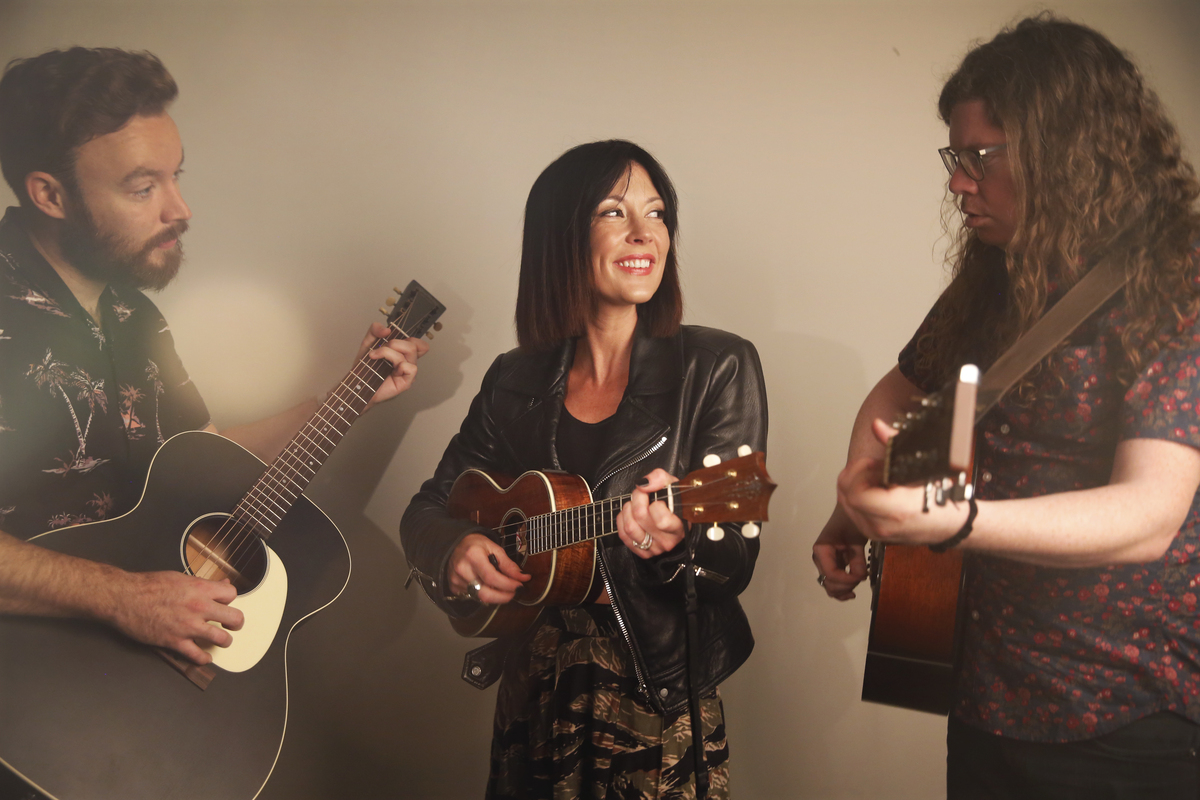 So you have a daughter now. Has that experience made you think differently about your own relationship with your mother? Do you understand more?

It's a trip. You know when you have a child and then as you get older, your parents start becoming more like your friends and then telling you things they wouldn't have told you when you were 14 or 15, answering questions about the past or whatever. And when my daughter was born, we talk about a lot of stuff because motherhood is a guilt-ridden situation. I go all around, and I leave her, so I talk about it all the time with her. She was telling me about her own mother abandoning her, like for good, so I wasn't doing a bad thing, really, just going working and making it OK for her to want to make those choices if she gets older to be able to do what she wants to do and feel OK with it.

And children reveal things to us about ourselves in pretty powerful ways.

They do. And they even point out things like light sockets or electrical sockets.

The other day [my daughter] was sitting at the breakfast table and I was sitting there with her and she was like, "Get up!" I thought something was wrong, like I don't know what it could have been. But then she said, "You're sitting on me shadow." That's pretty cool. That's a good line. I'll keep it.

Don't tell her that! I gave her a Popsicle. [Laughs]

You've got one last song you're going to take us out with.

This is that song called "Charms" about mothering and mothering back and about our place as humans in the world.

Charms as in a charm bracelet?

Charms can really be anything, but I did refer to a bracelet in the song. I don't want to give away all the secrets is what I'm trying to tell you. Because the beauty of songs, I think, is if you do it right a lot of people can relate to it in their own way and make their own meaning out of things. And so, I don't want to give away the secrets and ruin somebody's idea of what the song is to them.