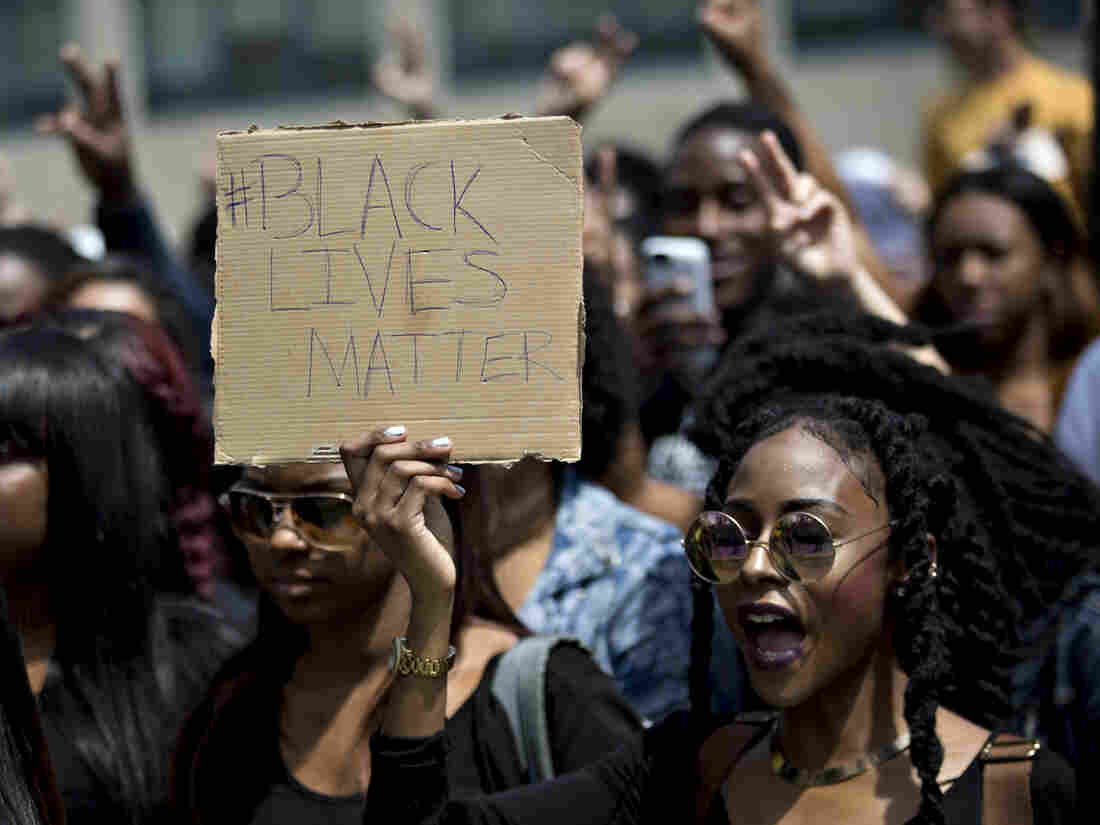 A demonstrator holds a "Black Lives Matter" sign while protesting then-presidential candidate Donald Trump in 2016. The hashtag started five years ago and is an "archetypal" example of a hashtag tied to political issues or causes. Bloomberg/Bloomberg via Getty Images hide caption 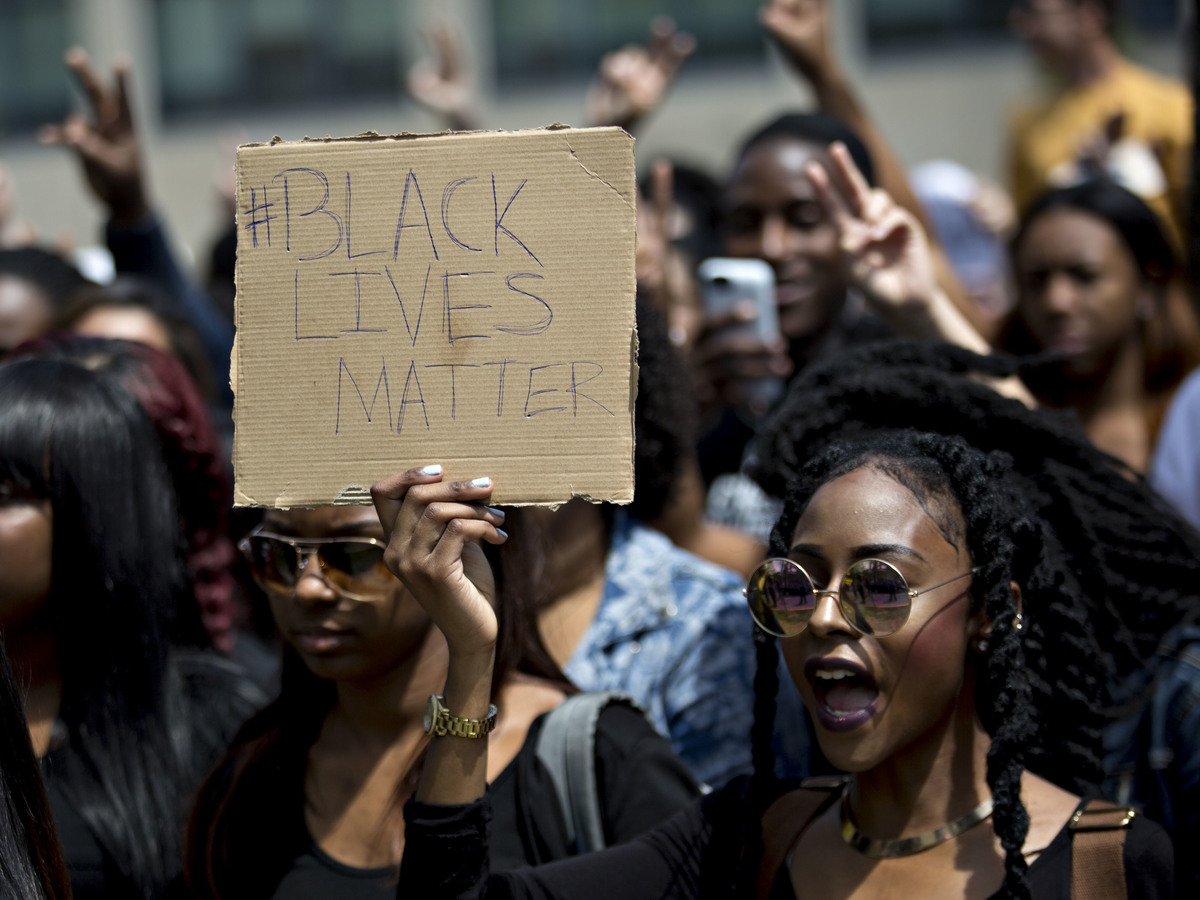 A demonstrator holds a "Black Lives Matter" sign while protesting then-presidential candidate Donald Trump in 2016. The hashtag started five years ago and is an "archetypal" example of a hashtag tied to political issues or causes.

Five years ago, when George Zimmerman was acquitted in the shooting death of an unarmed 17-year-old named Trayvon Martin, the hashtag #BlackLivesMatter lit up the social media universe and ignited powerful dialogue around racial injustice and police brutality.

A recent study from the Pew Research Center shows that the hashtag remains relevant — it's used an average of about 17,000 times a day. #BlackLivesMatter has inspired the start of other hashtag movements, highlighting the role of social media in modern American activism and protest, especially for underrepresented communities, the survey finds.

More than half of all Americans have engaged in at least one "political or social-minded activity" on social media in the past year, according to the study. They include people looking up information on local protests, using hashtags relating to a political issue, or encouraging others to take action.

Some groups are more likely to participate in these activities, including Democrats and Americans aged 18-49.

The study also reveals that while a majority of Americans believe that social media are important in accomplishing a range of political goals, black Americans — eight in 10 — value the platforms for magnifying issues that aren't usually discussed. A smaller share of Hispanics and whites — around 60 percent for each group — share the same sentiment.

As a whole, however, a majority of Americans are largely skeptical about the broader impact of social media on political discourse: Seventy-seven percent of Americans feel that social networking sites are distracting and 71 percent of the American population says "social media makes people believe they're making a difference when they really aren't" — what's commonly referred to as "slacktivism."

The study reveals that whites are more likely than the rest of the U.S. population to think social media platforms have a negative impact.

Despite the varying opinions by race, a majority of Americans still have an overall positive impression of social media's ability to help enact political change. Sixty-nine percent of U.S. adults say the platforms help raise awareness of issues to politicians and 67 percent say they assist with creating sustained social movements.

For minority social media users, however, it's even more personal: Black and Hispanic social media users are more likely than whites to say that social sites help them find politically like-minded people, get involved with issues that are important to them and express their political views.

A prime example of this is the consistent presence of the #BlackLivesMatter hashtag on Twitter. The study finds that it continues to spike following the highly publicized fatal deaths of black Americans by law enforcement, and refers to #BlackLivesMatter as an "archetypal example" of hashtags associated with political issues or causes.

The most notable of spikes for #BlackLivesMatter occurred in a span of roughly 10 days in the summer of 2016, when the deaths of Alton Sterling and Philando Castile — both of which were captured on video and published on social media — happened within a day of each other. The hashtag averaged nearly 500,000 tweets daily and prompted the use of the opposing hashtags #BlueLivesMatter and #AllLivesMatter. The Pew Research Center study also analyzed that these hashtags are commonly mentioned around topics of race, law enforcement and violent acts.

The influence of racialized social media movements was spotlighted last week when Facebook announced that it removed fake Facebook and Instagram accounts or pages associated with a political influence campaign linked to the Russian government. The pages had exploited names like "Black Elevation" and "Resisters," and organized counterprotests to white nationalist rallies in Washington.