Accessibility links
GOP Donor Questions His Support For Koch Network After Trump Criticism Speaking days after the Koch brothers' political network signaled it would distance itself from President Trump, a major GOP donor says "it would be better for them to fall in line." 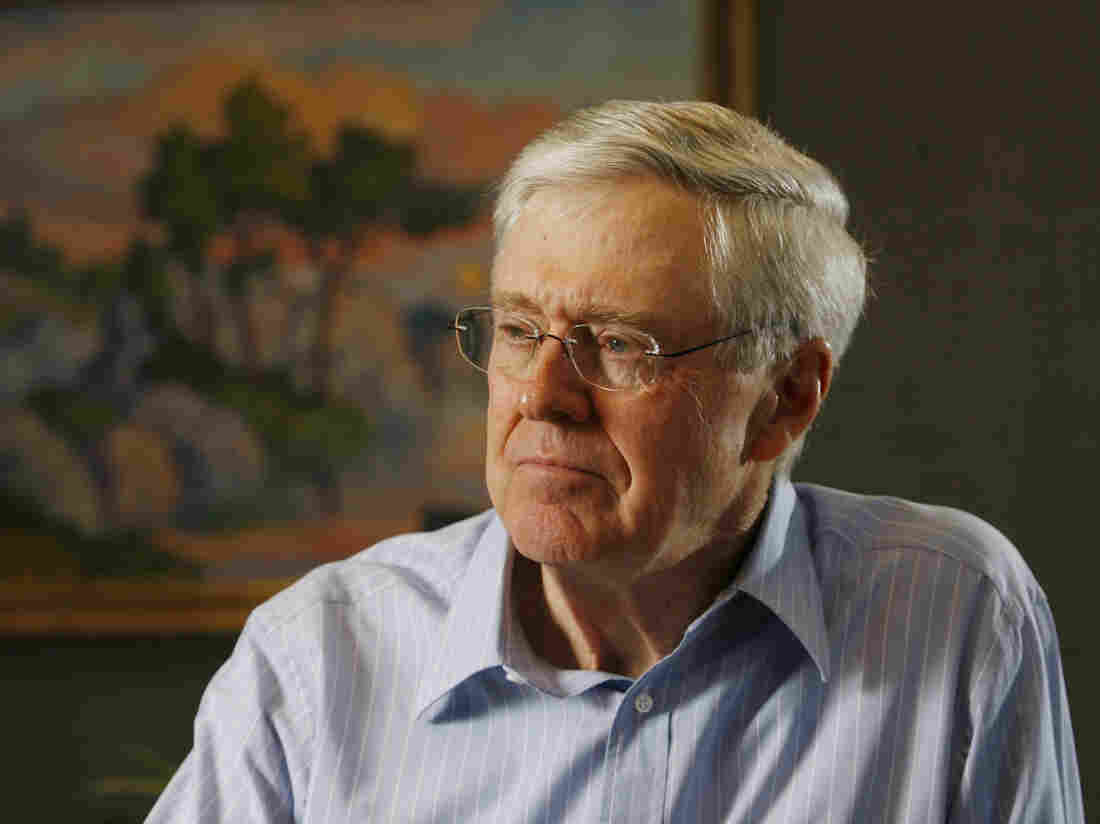 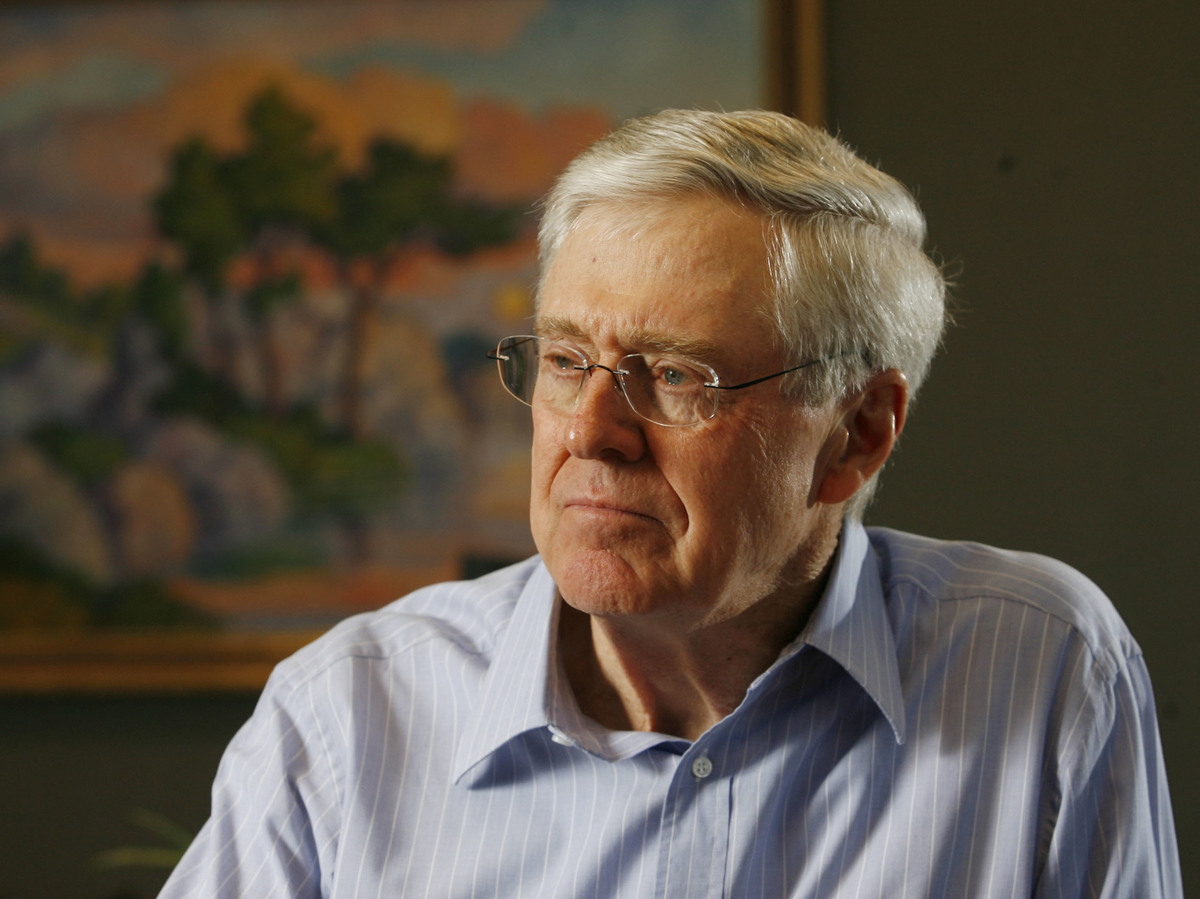 Days after the influential Koch political network signaled it would distance itself from President Trump, a major GOP donor is saying "it would be better for them to fall in line."

In an interview with Lulu Garcia-Navarro for NPR's Weekend Edition, the donor, Dan Eberhart, CEO of drilling services company Canary LLC, said it was "pretty alarming" that the Koch network was "trying to pick a fight" ahead of this November's midterm elections.

"We as Republicans need a united front going into the midterm elections," Eberhart told NPR.

The Koch network was launched in 2003 by the billionaire industrialist Charles Koch. Eberhart is one of hundreds who attended a Koch network retreat in Colorado Springs, Colo., last week, where Koch spoke out against policies on tariffs and immigration supported by President Trump.

At the retreat, officials from the network's political arm, Americans for Prosperity, said they are not endorsing Republican Rep. Kevin Cramer in his bid to unseat Democratic Sen. Heidi Heitkamp of North Dakota.

"[Cramer is] not leading on the issues where this country needs leadership right now," Tim Phillips, president of Americans for Prosperity, told The Hill.

Eberhart, who serves as vice chairman of fundraising for Cramer, told NPR he was "absolutely floored" by the announcement.

Asked whether he would be less inclined to donate to the Koch network, Eberhart said, "It definitely gives me pause."

"I think that you've got to put the money behind the candidates and the people that are governing to try to affect policy outcomes," Eberhart told NPR.

Charles Koch and his brother David — commonly referred to as "the Koch brothers" — did not back Trump during the 2016 presidential campaign. But they remain major Republican donors and a political force. (Koch Industries, the multinational company controlled by the brothers, is among NPR's financial supporters.)

The Koch-affiliated network of donors that met last week has pledged hundreds of millions of dollars to elect Republican candidates in the upcoming midterms.

At the gathering in Colorado, Charles Koch opened the summit with a video urging caution against protectionism.

"When people act in protectionist ways, they erect barriers, which makes everyone worse off," he says in the video. "The urge to protect ourselves from change has doomed many countries throughout history, and this protectionist mindset has destroyed countless businesses as well."

Charles Koch opened a recent gathering of The Seminar Network, a group of conservative donors, with a video warning against protectionism.

In an on-the-record session with reporters at the retreat, Koch also criticized recent tariffs, saying they would be harmful to the U.S. economy.

Trump shot back this week with a series of tweets directed at the Koch brothers, calling their network "highly overrated." The president also called Charles and David Koch "two nice guys with bad ideas."

The globalist Koch Brothers, who have become a total joke in real Republican circles, are against Strong Borders and Powerful Trade. I never sought their support because I don’t need their money or bad ideas. They love my Tax & Regulation Cuts, Judicial picks & more. I made.....

....them richer. Their network is highly overrated, I have beaten them at every turn. They want to protect their companies outside the U.S. from being taxed, I’m for America First & the American Worker - a puppet for no one. Two nice guys with bad ideas. Make America Great Again!

Ultimately, Eberhart told NPR, "if the Koch network wants to maintain its influence in the party, I think that they need to be involved with helping Republicans win elections."

In the audio of this story, as in a previous Web version, we incorrectly describe Dan Eberhart as a major donor to the Koch network. In fact, Eberhart has not donated to the network.