Accessibility links
Pompeo: Iran Needs 'Enormous Change' To Reverse Reimposed U.S. Sanctions Sanctions are set to start coming back on line after President Trump's decision in May to withdraw from the 2015 multi-nation nuclear deal. 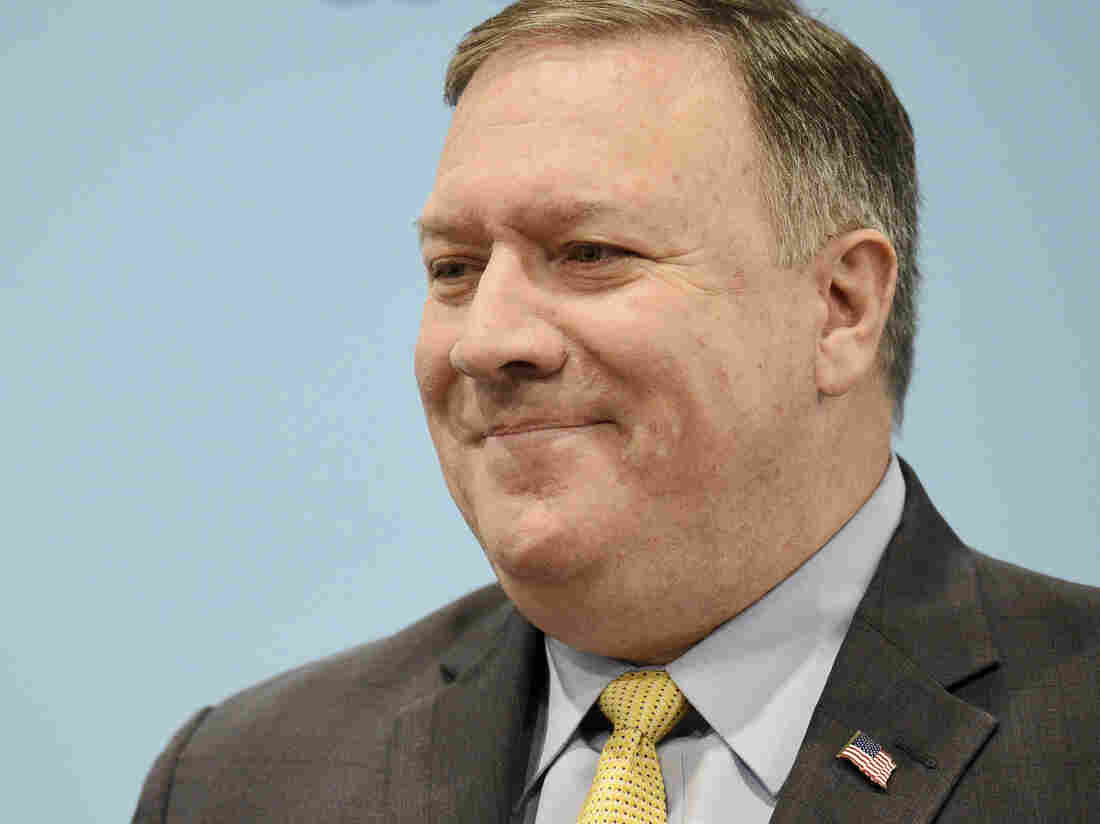 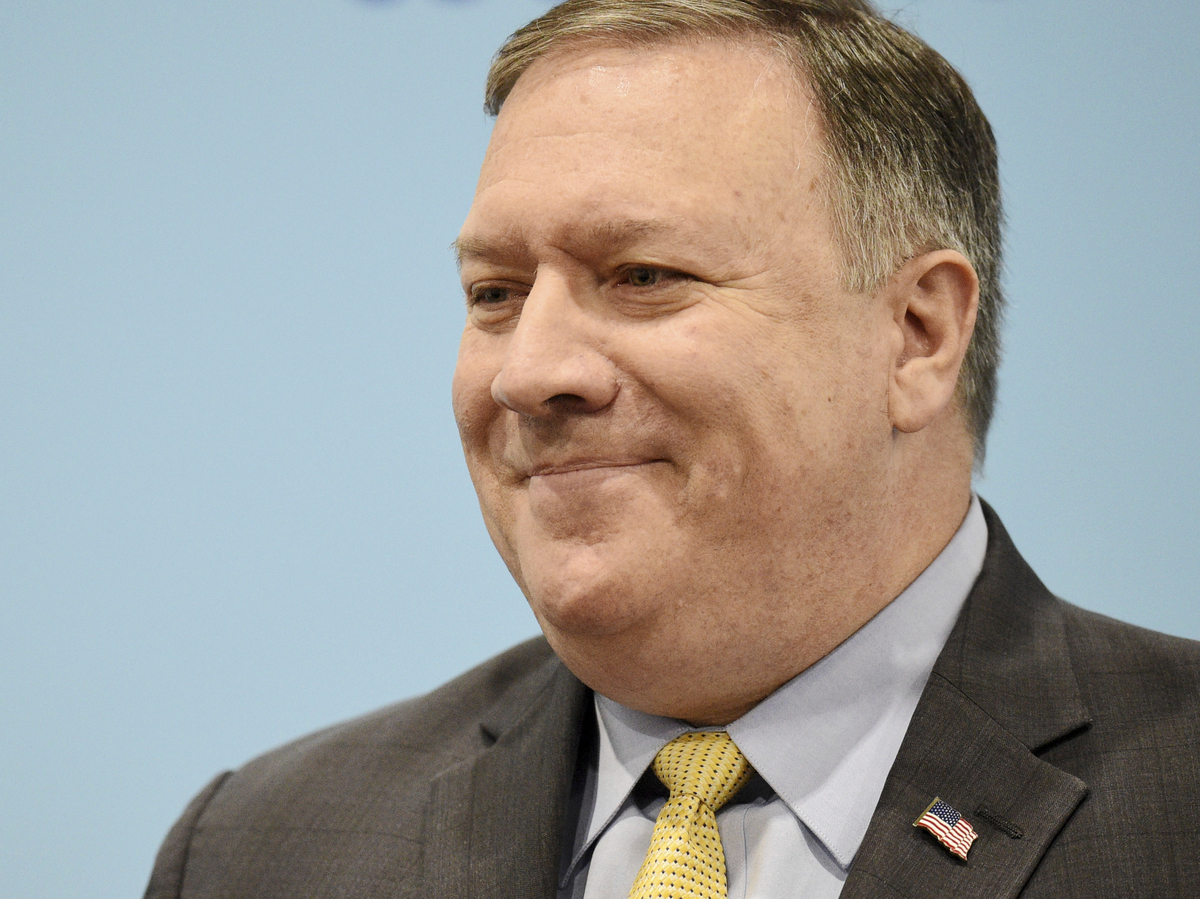 Secretary of State Mike Pompeo attends a news conference on the sidelines of the 51st ASEAN Foreign Ministers Meeting in Singapore, on Saturday.

Secretary of State Mike Pompeo says the White House is ready to enforce sanctions against Iran that will be re-imposed starting Monday — an effort by the U.S. to "push back" against Tehran's "malign activity."

The renewed sanctions follow President Trump's decision in May to withdraw the U.S. from the multi-nation nuclear accord with Tehran. The 2015 agreement, known as the Joint Comprehensive Plan of Action, of JCPOA, brought a suspension of U.S. sanctions in exchange for Tehran's agreement to end its nuclear and ballistic missile programs.

Trump has long contended that the Obama-era deal was flawed from the start and in his May announcement that the U.S. would withdraw, the president said the structure of the accord was "decaying and rotten."

Speaking with reporters on Air Force One on Sunday, Pompeo described Tehran's leadership as "bad actors" and said the president's goal is to get Iran to "behave like a normal country." He said the administration is willing to look beyond the sanctions, but to do so, it would "require enormous change" from Tehran.

As The Associated Press reports, "Many U.S. allies believe that such language is code for regime change, according to two European diplomats involved in negotiations with the Trump administration over how sanctions would be re-imposed."

"Tomorrow is an important day, we've talked a lot about the world's largest state sponsor of terror, tomorrow the first set of waivers associated with the wind down period after the President's decision to withdraw from the JCPOA will take effect," Pompeo, who was returning from a meeting of the Association of Southeast Asian Nations (ASEAN) meeting in Singapore, said.

On Monday, trade sanctions resume on the import of Iranian products, such as carpets and pistachios. Licenses that allow Tehran to buy U.S. and European aircraft also are revoked. Just ahead of the re-imposed sanctions, Iran acquired five new European commercial planes, according to AP. He said a detailed announcement would be made on Monday.

Sanctions on Iran's oil industry and central bank are set to be restored on Nov. 4. Sales of Iranian oil are a key source of hard currency for the country.

Reuters reports that Iran announced on Sunday a plan to ease the effects of a plunging currency that has been set into free fall largely by the anticipation of U.S. sanctions.

According to the news agency, "The plan lifts a ban on the sale of hard currency at floating rates by exchange shops for purposes such as overseas travel. Exporters would be allowed to sell hard currency to importers, and there would be no limit on bringing currency or gold into the country."