Accessibility links
#Blessed: Is Everyone Happier Than You On Social Media? If you've spent time on social media, you've seen lots of pictures of people seemingly having a better time than you. They may be smiling, but they're not necessarily happy. What are they telling us? 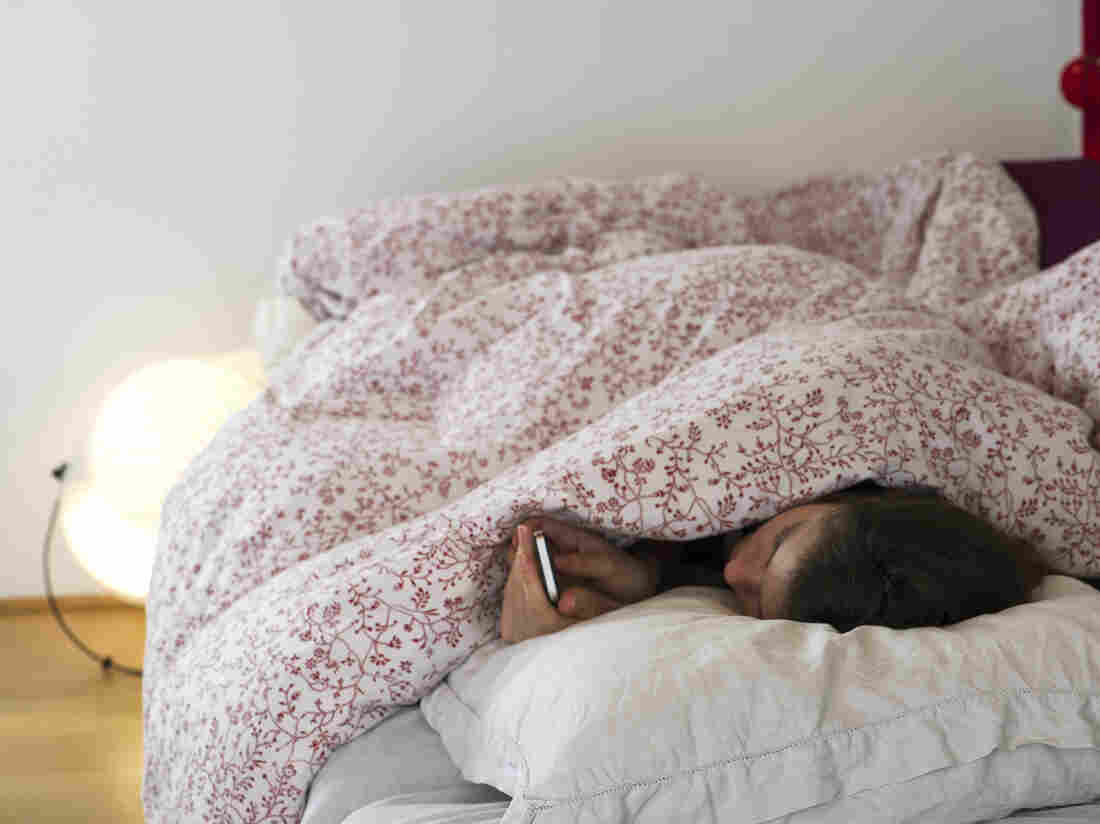 According to one recent study, people who checked social media the most frequently had almost three times the risk of depression. Frederic Cirou/Getty Images/PhotoAlto hide caption 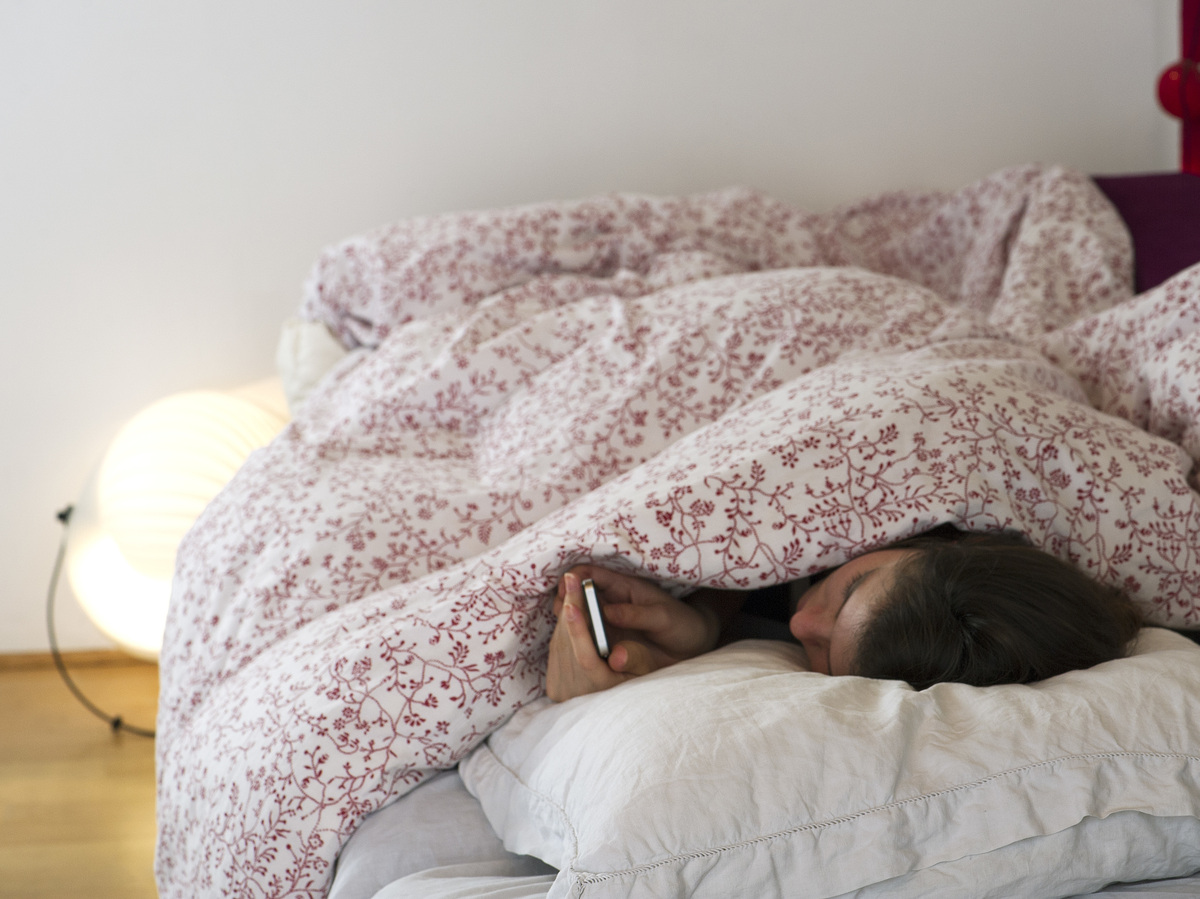 According to one recent study, people who checked social media the most frequently had almost three times the risk of depression.

BuzzFeed host Tracy Clayton recently asked her Twitter followers to share a picture that they had uploaded to social media — one in which they looked great, but were actually going through a very difficult time.

Mankaprr Conteh is one of the hundreds who responded. She remembers when the picture she shared was taken, two years ago, when she was 22. She was in the Caribbean.

"My hair is in my hands. The water is shallow. And I'm smiling," Conteh says.

She looks stunning. Had you been browsing Instagram, you wouldn't have known that this was one of the worst times of her life. "I was initially diagnosed with depression, and then later diagnosed with bipolar 2. It's like hating waking up, like dreading the morning," Conteh says.

Distressed about her daughter, Conteh's mother took her on a vacation. Conteh says it was a challenging trip — her mother felt powerless and broke down in tears quite a bit. But there were some moments of respite, one of which was when the picture of Conteh smiling in the water was taken.

When It Comes To Our Lives On Social Media, 'There's Always Another Story'

If you've spent any time on social media, you've seen this. Pictures of people having a better time than you, often accompanied by the hashtags #blessed and #grateful. Popular culture tells us that people like posting this to show off.

But it's more complicated than that, says Dr. Brian Primack, director of the Center for Research on Media, Technology and Health at the University of Pittsburgh.

"People who feel socially isolated may be reaching out on social media, on some level, to self-medicate," he says. Primack suspects that people who are depressed often post to reach out, to feel like they are participating in the fun.

But other research points to the possible benefits of social media. A recent study of brain development found that for 9- and 10-year-old children, greater social media use, such as scrolling through Instagram and texting, was associated with some positive effects, including increased physical activity, less family conflict and fewer sleep problems. Children who had a higher use of general media, like Internet, TV and video games, were more prone to having worse sleep and more family conflict.

Primack's findings focus on adults ages 19-32. He says part of the problem is that on one level, we know these are filtered, curated photos. But on social media, "these are real people, so you feel like this is very much real life. You know it's not a Jose Cuervo ad, where the people are getting paid to put on smiles. These are people that you actually know."

In other words, it's a happiness that, albeit closely curated, feels more attainable. If your high school buddy is living it up on a yacht, then why aren't you?

So which comes first? Do you reach out more on social media because you are depressed, or do you get more depressed because you spend more time there? Primack doesn't know, but he suspects it's a cycle. "That reaching out might then only serve to increase the perception of social isolation, which then leads to more social media use, etc.," he says.

So why did Conteh post that picture of herself smiling on the beach?

"It was like a celebration of the not crappiness of that moment," she says. "It was almost like trying to get back into the groove of normalcy, in the midst of depression." It captured the way she wished things could actually be.

But she gets the irony of going on this platform in which "everybody seems happy. And productive. And accomplished. And beautiful," when back then, she didn't feel any of those things.

These days, Conteh is an incoming journalism graduate student. Some of her work has focused on mental health, and she says she has thought about how social media affect mental health. She talks openly about her depression — online and offline. She tells people, "Hey, this is what I'm going through, this is how I'm trying to work with it and cope with it. This is how I think it's affecting you, and this is how we're going to try to move forward with all this in mind."

Primack says we shouldn't dismiss social media as altogether bad. We simply need to understand it better. He uses the analogy of nutrition in America — and how at some point we figured out that our eating was not as healthy as possible. Scientists began researching and people began taking an interest in the topic.

The same process will happen with social media, Primack says. It's still all very new to us.