Accessibility links
The Democrats For Governor In Michigan Want You To Know Just How Progressive They Are In Michigan, a state that went for President Trump in 2016, the Democrats for governor are trying to top one another as "the most progressive". Tuesday, voters get their say.

Listen · 3:50 3:50
The Democrats For Governor In Michigan Want You To Know Just How Progressive They Are 3:50 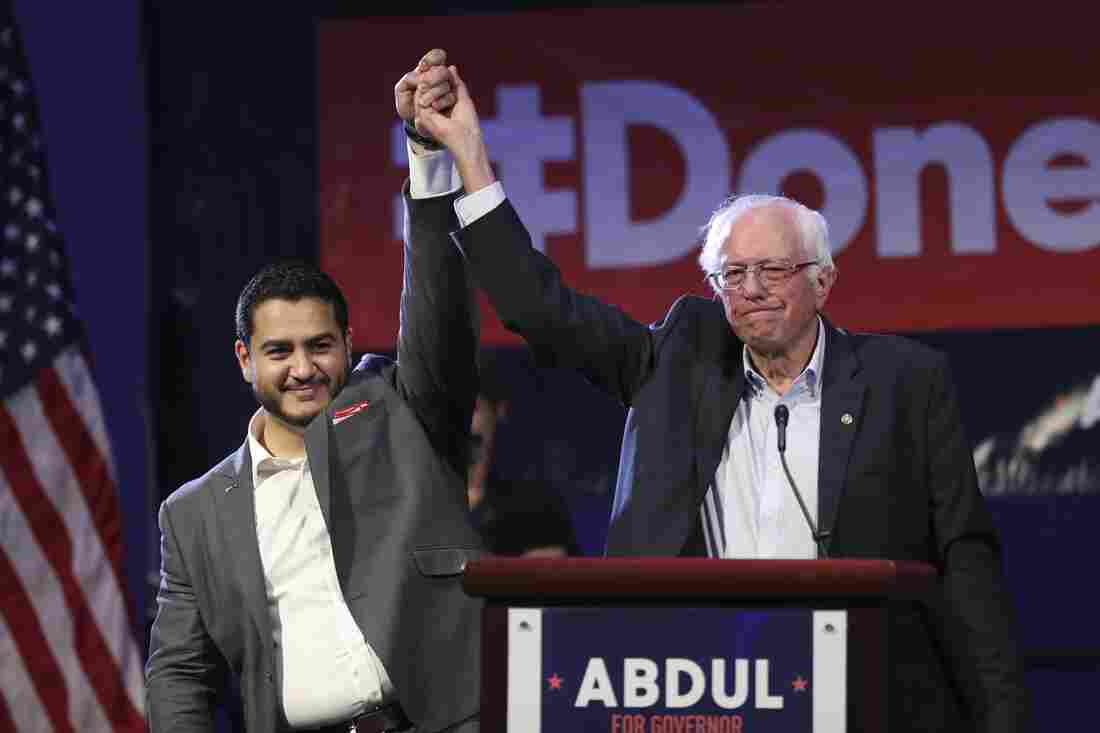 Sen. Bernie Sanders has endorsed Michigan Democratic gubernatorial candidate Abdul El-Sayed who has described himself as the most progressive candidate in the race. Carlos Osorio/AP hide caption 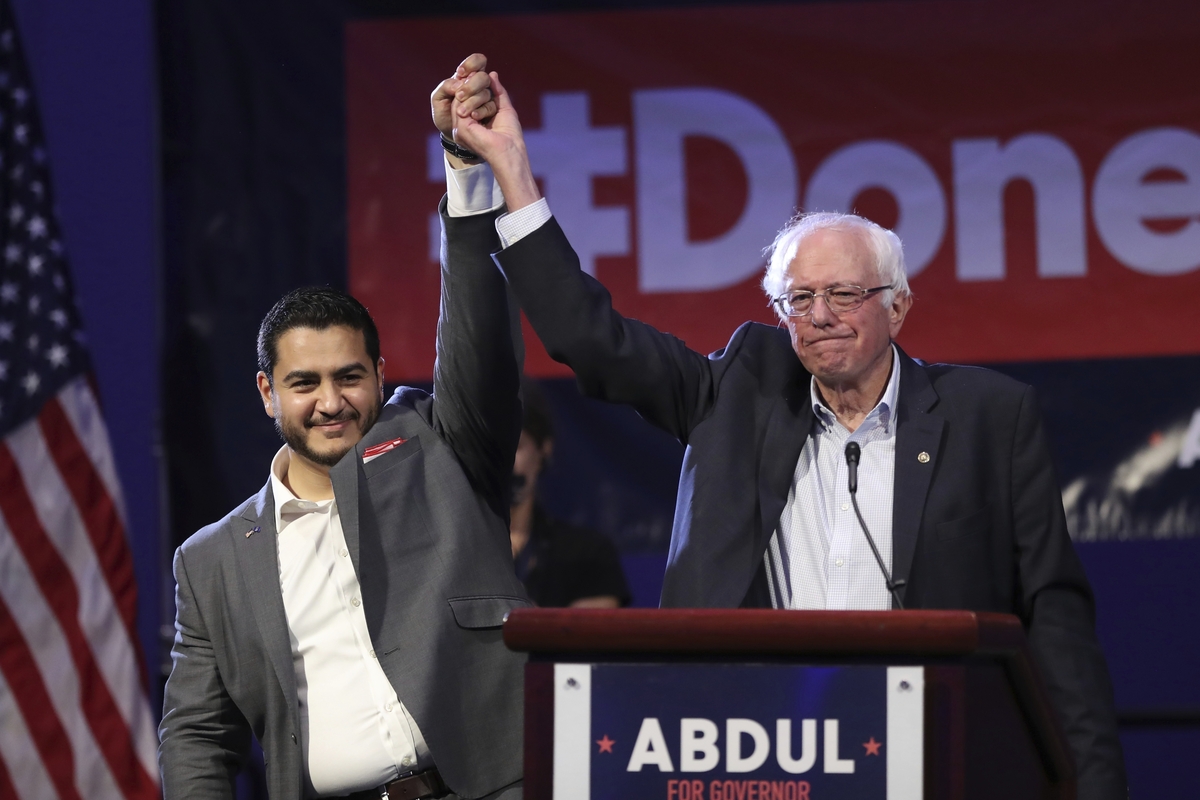 Sen. Bernie Sanders has endorsed Michigan Democratic gubernatorial candidate Abdul El-Sayed who has described himself as the most progressive candidate in the race.

Michigan Democrats are itching to take back the governor's seat that Republicans have held for eight years. But first, they have to choose their candidate in Tuesday's primary. In a state that went narrowly for President Trump in 2016, for the Democrats, it's all about showing your progressive bona fides.

Elbows swinging among the candidates, the most common jab is about how progressive the others really are.

There's Gretchen Whitmer, the former leader of the state Senate Democrats who says she's got a proven, progressive track record.

Shri Thanedar is the scientist and millionaire businessman who says he's the only candidate who knows what it's like to live in poverty.

And there's Abdul El-Sayed, a Detroit health official who's Muslim, and has the backing of the Senator who reignited the whole progressive movement with his bid for the White House, Bernie Sanders. To show his support, Sanders came to Michigan just days before the primary to stump for El-Sayed.

As did Alexandria Ocasio-Cortez, the surprise Democratic progressive nominee for Congress. She came out for a tour of rallies around the state with El-Sayed, bringing in supporters like Heather Alexander. "Maybe I am a progressive, maybe I'm not," she said. "But, like, I think, for me it's more important to just align policies."

Inside the rally, voters held up signs and cheered for El-Sayed, especially when he spoke about picking a progressive for the party nomination. As he put it, they have a choice: "That choice is between the old way of doing things and a new perspective on our future, and that choice is between what they say is impossible and we will make real," he said.

While El-Sayed has the support of Sanders and Ocasio-Cortez, Shri Thanedar is the candidate who, in his ads, claims to be, "The most progressive Democrat for governor."

Thanedar has run a lot of ads and pumped millions of dollars of his own money into the race.

But not everyone agrees with his "most progressive" designation.

Lonnie Scott is with Progress Michigan - a non-profit watchdog group that promotes progressive values. He said Thanedar doesn't measure up to the label he's given himself.

"Show me one progressive who believes that it's a progressive value to spend 11 million dollars buying yourself a governor's race," Scott says.

But Thanedar points to his support for single-payer health care and free four-year college as his progressive qualifications, though he hasn't gotten the endorsements of progressive groups or unions. He's also donated to both sides of the aisle, saying he's given more to Democrats.

Scott says El-Sayed and Gretchen Whitmer, the candidate leading in the polls, are the real progressives. But that hasn't stopped El-Sayed from accusing Whitmer of being a part of the Democratic establishment.

When it comes to Whitmer's standing as a progressive, she says she's got the receipts.

"I am a Democrat. I am a progressive Democrat," Whitmer recently said to reporters during a Get Out the Vote event.

Whitmer has worked on issues like expanding Medicaid and increasing the state's minimum wage. In 2013, speaking out against a bill she said was anti-women, Whitmer stood on the Senate floor and told her colleagues that she had been raped. 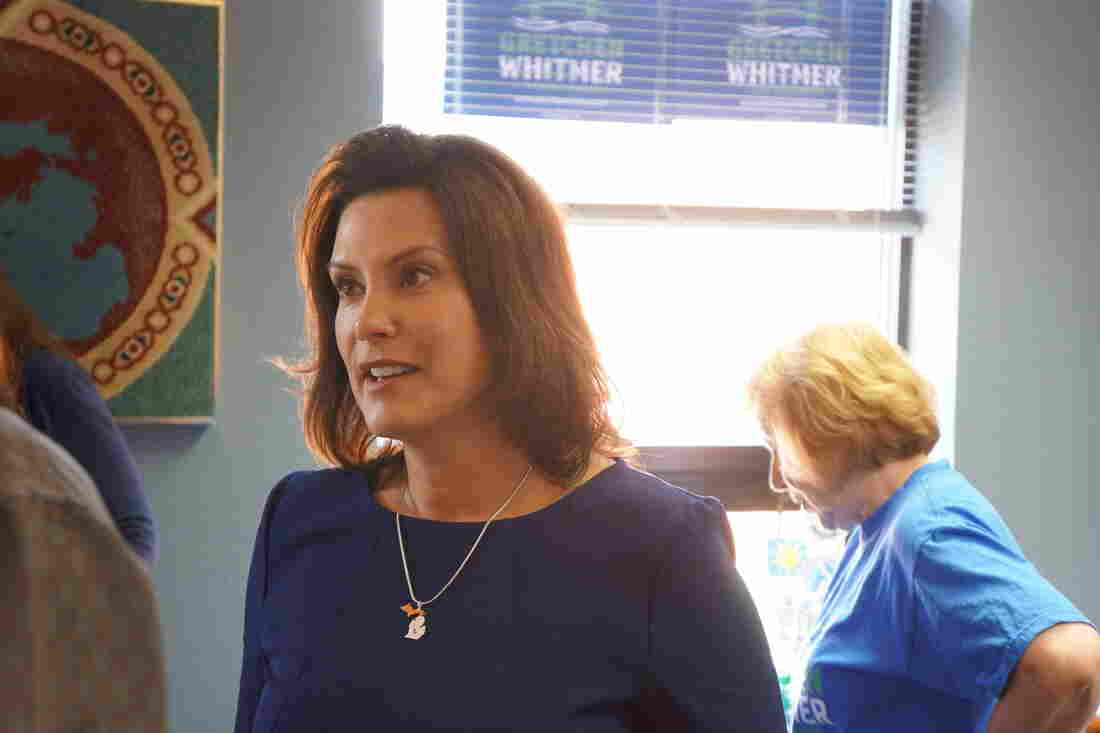 Gretchen Whitmer, the former leader of the Michigan state Senate Democrats, is running for governor. Says she used to be told she was "too progressive" and now "not progressive enough." Cheyna Roth/Michigan Radio hide caption 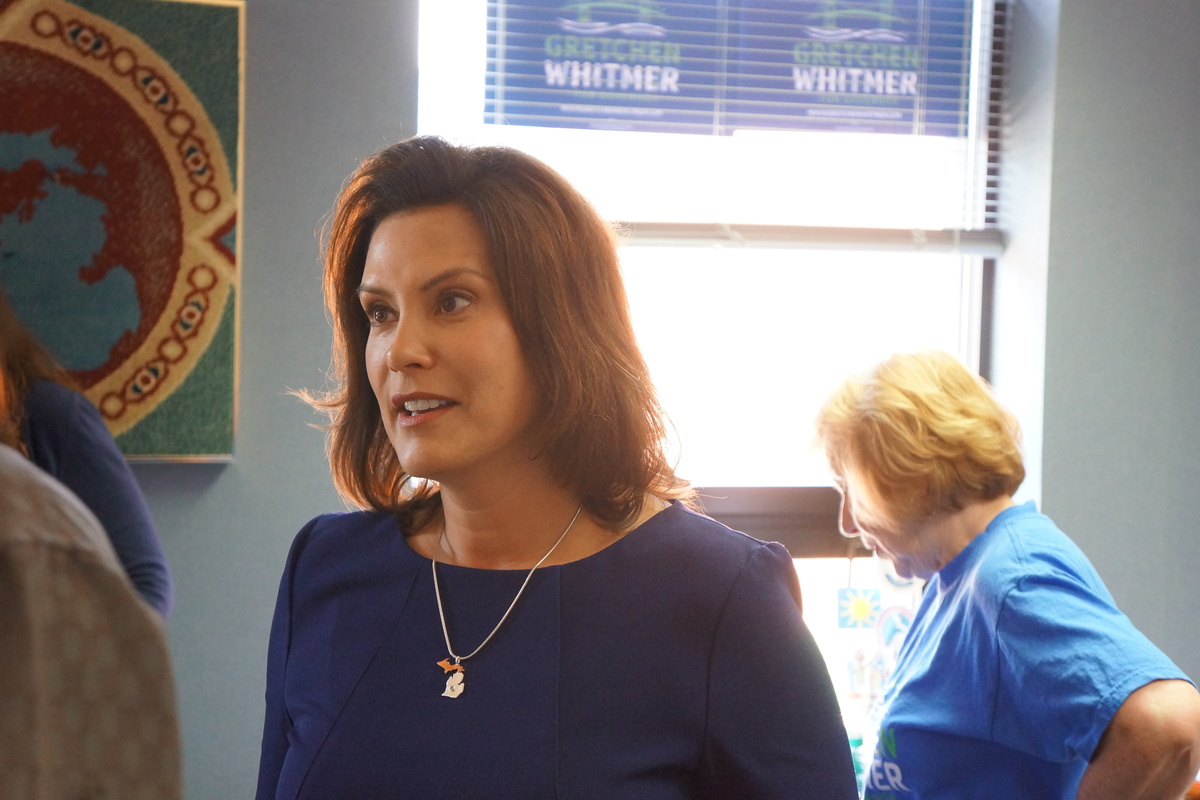 Gretchen Whitmer, the former leader of the Michigan state Senate Democrats, is running for governor. Says she used to be told she was "too progressive" and now "not progressive enough."

"It's something I've hidden for a long time," she said. "But I think you need to see the face of the women you are impacting by this vote today."

That was years before the #MeToo and Times Up movements when her critics called her "too progressive."

While Whitmer and El-Sayed continue to fight over the meaning of being a progressive, Lonnie Scott says they show the party headed in a new direction, "I think you saw this when people voted for Trump - the public wants someone who is real and who is going to work on the issues that affect them."

Democrats have been without a majority in the Michigan legislature and without a seat in the governor's office for years. Supporters at rallies and other campaign events say they hope their candidate gets the nomination, but they're willing to vote for the party's choice come November.