Accessibility links
Beyond Representation: In Music And Media, Gender Equality Will Take A Revolution The revolution necessary to honor artists of all genders has to combat not only a history of bias, but sometimes even the institutions that seem to be supporting the fight.

Beyond Representation: In Music And Media, Gender Equality Will Take A Revolution

Beyond Representation: In Music And Media, Gender Equality Will Take A Revolution 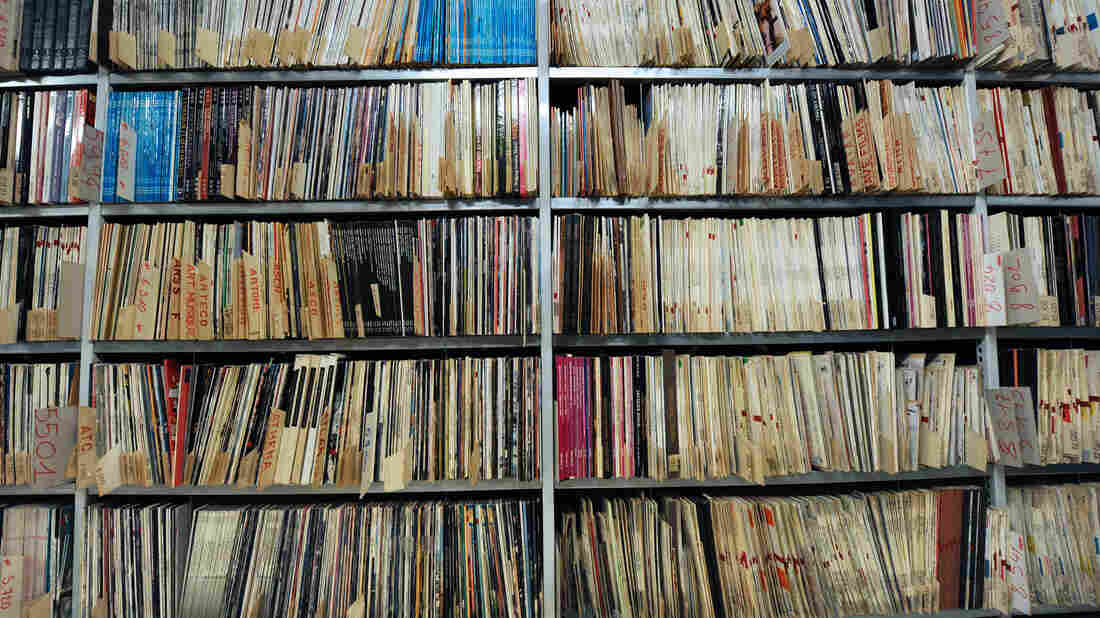 To change culture for the better, those of us with the power to curate new canons must be as critical of our own histories and perspectives as we are of others'. Miguel Medina/AFP/Getty Images hide caption 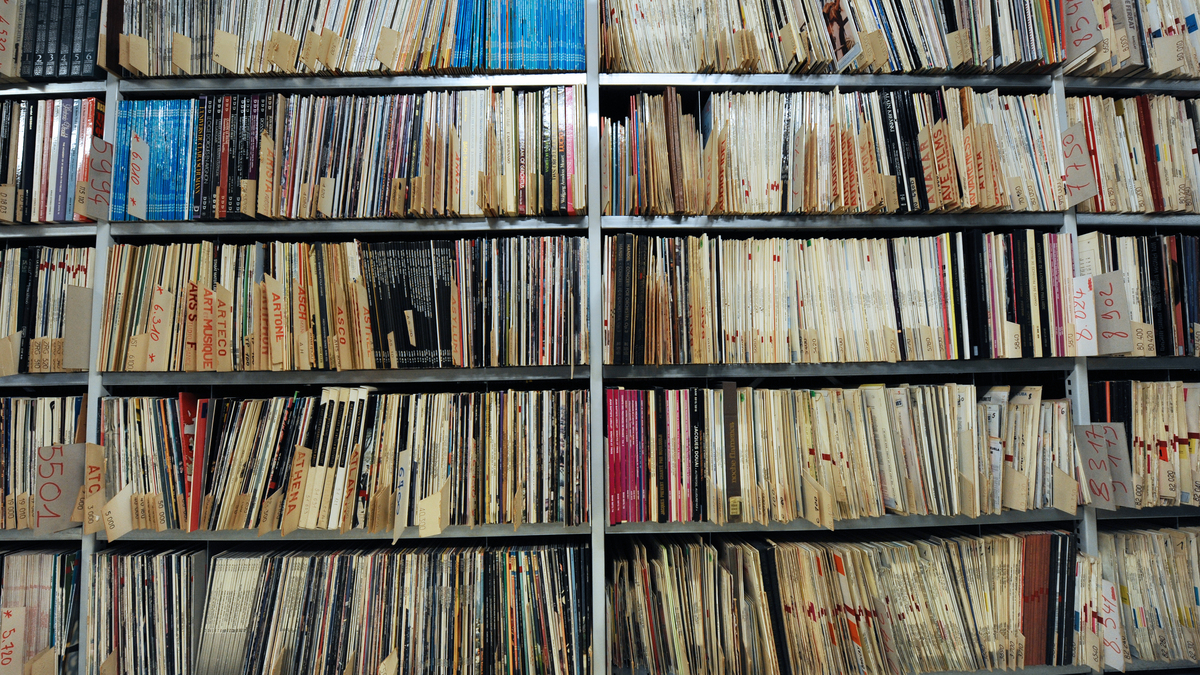 To change culture for the better, those of us with the power to curate new canons must be as critical of our own histories and perspectives as we are of others'.

For decades now, mainstream conversations about gender in music have moved relatively slowly, tilling the same ground over and over until it turns fallow. It once felt like rolling a boulder uphill to even get most cis female musicians recognized as musical talents with the depth and breadth of their male counterparts, and it's not like this challenge has been completely obliterated; the sexist structures of both the mainstream music industry and the underground scenes that parallel it are still intact, if somewhat altered by feminist incursions.

Projects like Turning the Tables, in their rewriting of the canon — the creation of a list of the best albums by women last year and this year's list of songs by women and non-binary artists who emerged in the 21st century—are, fundamentally, feminist history work. As Jill Matthews wrote in 1986, the impetus for feminist history projects was that "women have been absent from history — that absence matters — therefore women must be restored to history." Both Matthews and NPR's Ann Powers, in her essay framing the first edition of Turning the Tables, trace this impulse to second-wave feminism, or the Women's Liberation Movement, and it is an important one. Without it, our understanding of what constitutes worthwhile cultural work is fundamentally different. Who makes the work, where do their perspectives come from, and why? Who curates the work? Who draws the lines of history? Matthews was as critical of how such projects are conceived as she was celebratory back in the '80s.

And these are questions we continue to wrestle with, questions this edition of Turning the Tables finds itself especially concerned with. Though they may not be new, they seem sharpened for the 21st century. The Internet has changed entirely how we relate to one another as well as the flow of cultural transmission; there are still gatekeepers, but they work a little differently (see, for example, the "digital influencer"). Curation looks different in a world of constant stimulus. Even though the voting body for Turning the Tables varies across perspective-changing factors like race, gender, sexuality, and class, is that enough? Are we bringing full understanding to readers of the depth and breadth of artistic contributions that we believe should be recognized, but perhaps were dismissed, diminished or outright ignored by the press because of the artist's gender? Are we contributing to a wider shift in cultural coverage, in this outlet and in others, that seeks not to make these mistakes again? Is that shift strong enough that someday soon we won't need to have a list based on an artist's identity ever again?

The most pernicious thing about capitalism, which of course depends on social and cultural marginalization for its continued existence (how well one can exploit another if one does not see that other as wholly human), is how well it absorbs its critiques. Calls from both fans and fellow critics for coverage of, recognition of and equal opportunities for musicians from a diversity of backgrounds and perspectives seek to correct historical and systemic exclusions; capitalism spins that into diversity as selling point, identity and politics as brand. Buy the thing from the woman because she is a woman, and you are too. (Doesn't matter what that woman's perspectives are. She's a woman, isn't that enough?) Listen to this song pre-designated as a queer anthem before anyone has said it speaks to them beyond the artist's personal experience. "Wokeness," commodified and thus defanged. This is one of the reasons why the pace of change in musical discussions of gender can feel so glacial on one hand and so rapid on the other — it's easy to pick up the surface-level ideas and easier than ever to spread them in today's information economy, but it's still a careful and methodical process to give those ideas the context and nuance they deserve. Matthews called attention to this in her work, wondering who the new feminist history canon excluded, and why. The guiding structure of the academy, she argued, was inherently conservative; so, too, is the guiding structure of media, or any number of hierarchical institutions.

Reclaiming The Rhyme: How Black Women And Latinas Have Reshaped Pop Music

To change those institutions, there must be concurrent pressure both within and without. (Who's on the masthead, we always ask?) Social media, with its data-mining issues and libertarian ethos, is surely no utopian sphere — however, the prominence of marginalized voices who have built digital followings and the impact of concerted digital organizing has absolutely changed the course of cultural dialogues, opening up conversations that previously took place among small communities to become topics for mainstream discussion. As a trans, intersex person and a survivor of sexual violence who has been working with other survivors for a long time to build solidarity, support and spaces to heal outside of the traditional legal system that doesn't just fail us regularly but sometimes criminalizes us for defending ourselves, it's been both heartening and frustrating for me to see this change. On one hand, I'm thrilled that more people are talking about (and organizing around) racial justice, survivor support, trans and nonbinary representation and inclusion, universal healthcare and other such topics that, ten years ago, felt like radical ideas. On the other, I worry about two things: that the reactive nature of social media and the endless search for ad clicks in digital media (which often involves scooping up a social media conversation on a "culture war" issue wholesale without additional reporting) can do more harm than good, losing nuance and important context, and that the commodification of dissent discussed above will prevent systemic change from taking place.

Remember how Turning the Tables is within the lineage of the feminist history projects of the Women's Liberation Movement? That is not a movement with an untroubled history. In 1976, the Michigan Womyn's Music Festival, which ran for 40 years and held its last event in 2015, also arose from that same movement. The festival, known to many as "Michfest," with its policy of "womyn-born-womyn only," grew to represent the rift between many of the Women's Liberation Movement feminists and their trans sisters; the decades of debate and resistance (which gave rise to a rival "Trans Camp," caused several prominent musicians to pull out of the fest, and created questions of solidarity which follow through to this day for those who didn't and who never addressed the issue) are key context for the Women's Liberation Movement and the projects it gave rise to, including this kind of feminist history. Though trans discourse may seem to outsiders to be something new, it is far from it; I'd encourage anyone interested to spend time with the wonderful Digital Transgender Archive, which contains decades' worth of self-published work. Only through knowing our history can we move forward.

Any feminist history project, then — even and especially those which are consciously framed, as Turning the Tables is, as an ongoing conversation — must reckon with this history of exclusion, seeking to rectify it where-ever possible. For discussion of artists in the 21st century, an appropriately updated framework seems necessary. The idea the editors of this year's Turning the Tables put forward is of "women+" as an umbrella term to indicate that marginalization in the music industry affects genders beyond the binary as well. Though non-binary genders and trans people (binary and non) have existed throughout history in many different cultures, the present day's mainstream access to previously underground perspectives has changed the way we are discussed, defined legally and recognized culturally. Does this usage of "women+" imply that us non-binary people are but a footnote, or does it open up space for a discussion of what the "+" entails? Is it reductive or expansive? (I know the intention is the latter, but what does it mean to start with "woman" and move outwards, to consider us as an addendum? Who is grouped under this umbrella, and why?)

To change culture for the better, more representative and more equitable, those of us with the power to curate new canons and to publish in outlets like this one must both resist the tendency of capital to co-opt revolutionary impulses and be as critical of our own histories and perspectives as we are of others', keeping key contexts intact and always questioning who we are including and excluding, who we are letting speak and who we are silencing, by drawing new canons. Gender equity means more than representation; we must also look deeper, at the structures themselves which keep us siloed, and the functioning of social, cultural and economic power.