Accessibility links
In 'Everything Trump Touches Dies,' Few Are Spared Rick Wilson's book is the story of a Republican Party whose shift toward Trumpism left him furious — and a rant against those who have disappointed him — conveyed with biting, over-the-top writing. 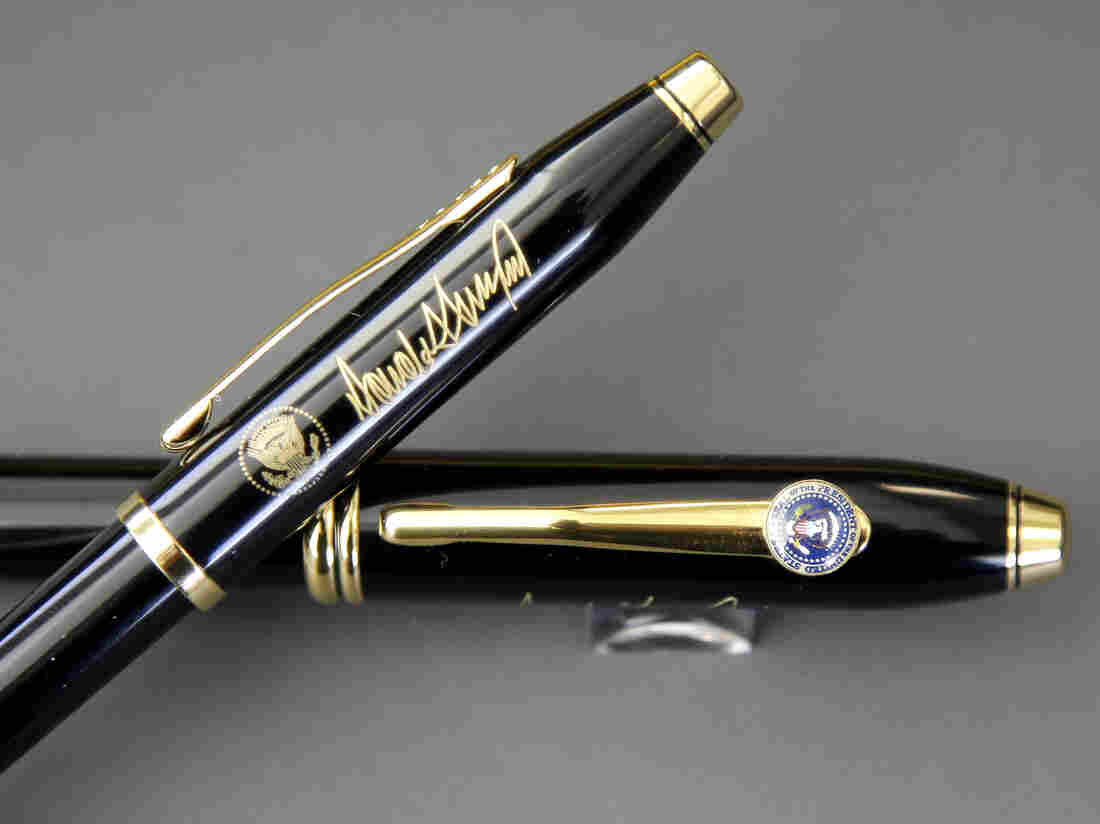 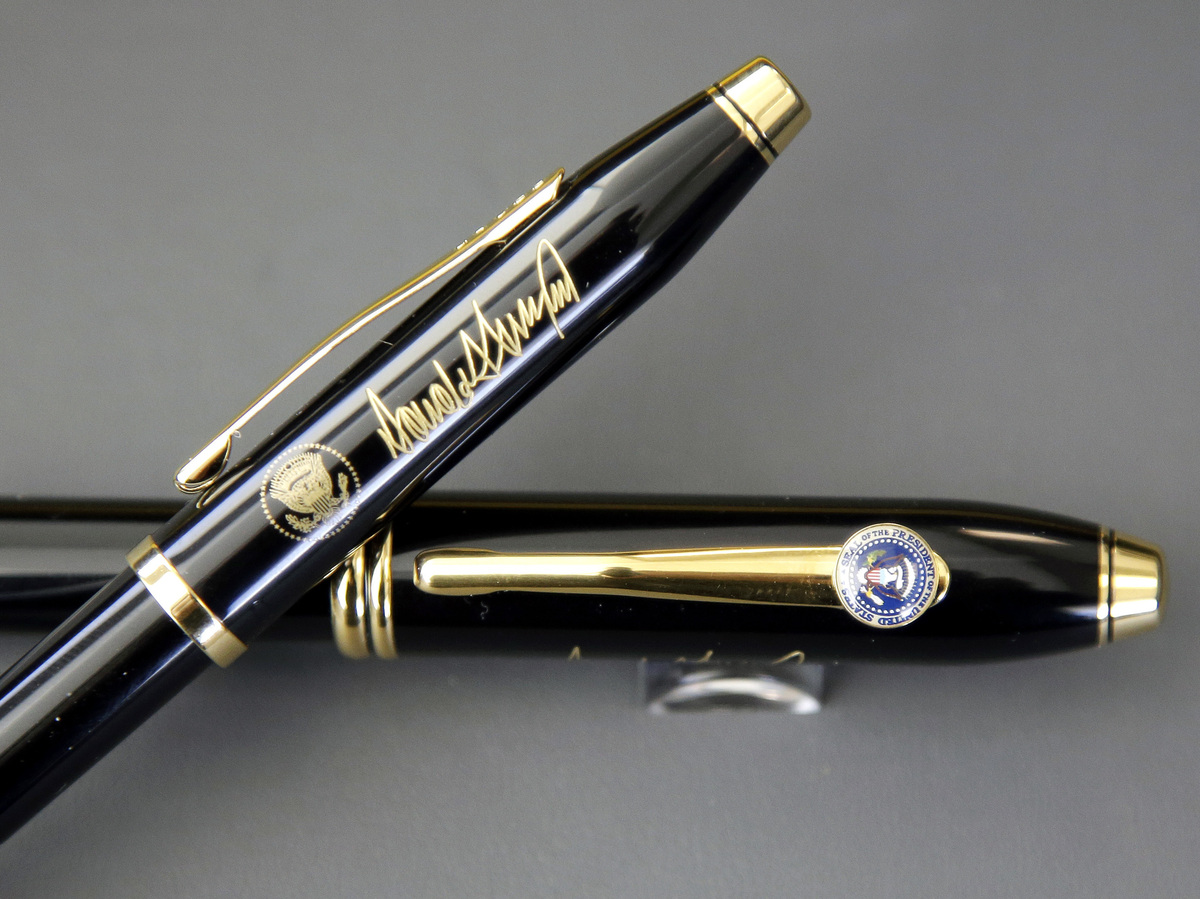 The Republican operative isn't known for being a thin-skinned, bring-me-the-smelling-salts, political naif. He has historically been a strategist who conservative candidates would call when campaigns took a turn — when it was time to go negative. 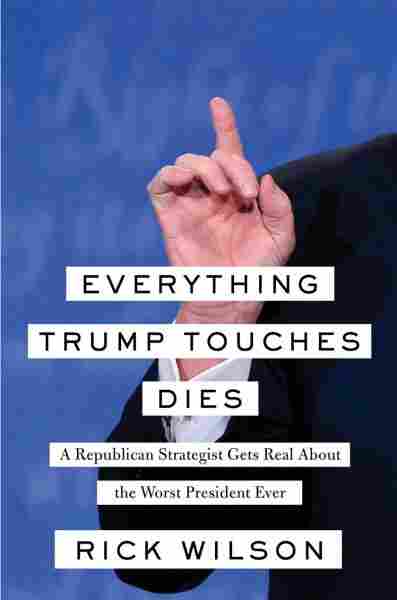 A Republican Strategist Gets Real About the Worst President Ever

He has taken his knowledge of the dark arts and turned it on Trumpism and the president himself in a new book, Everything Trump Touches Dies. President Donald Trump is the avatar of "our worst instincts and darkest desires as a nation," he writes, supported by an ideology that is the "sewage tank of nationalist populism."

So how could he get a good night's rest when the movement, where he was once squarely within the mainstream, is led by a man he so despises?

He jokes that every morning involves recovering from being "strung out from the fever dreams of Donald Trump and Steve Bannon performing a nude interpretative dance of Stephen Miller's 'Triumph of the Wall.'"

His book is the story of a Republican Party whose shift towards Trumpism has left him furious, which he conveys with a biting, over-the-top writing style — a book he hopes is one "of a number of poison darts in the neck of the monster."

But the result is more of a rant at those who have disappointed him.

Wilson is one of a few for whom Never Trump meant it when they said "Never." And, as one of a dwindling group of Never Trump conservatives, almost everyone has disappointed him.

Donald Trump has become enormously popular amongst his Republican base — Polls taken in July by Gallup suggest that somewhere between 85 and 90 percent of self-identified Republicans approve of the job Trump is doing.

Or as Wilson puts it, "the blazing, white-hot embrace of actual, honest-to-God stupidity has been as contagious as smallpox and as fatal as Ebola."

In 300-plus pages, he uses sarcasm and invective to let you know just how betrayed he feels — and lists his many grievances. But if you've been following the Trump presidency with any interest, you can read every last page and not learn anything new.

Instead, you're told how righteously angry he is — angry about how everyone from the evangelical right, to House Speaker Paul Ryan, to former RNC chairman Reince Priebus, to lobbyists, to big dollar Republican donors have genuflected to Trumpism and the man himself. All are sellouts, either cynical opportunists or too cowardly to stand up to Trump — or both.

No one is spared: not Trump's fans, who he describes as being in an "oxy stupor much of the time"; not Democrats, who he says he will not apologize to for "leaving your candidates in smoking radioactive craters"; not Republicans who came to see it Trump's way, whom he dubs "Vichy Republicans."

It's also hard to imagine who the target audience is for the book.

He writes in such a way that you'd have to be both a political insider (he mentions "Maggie or Jonathan or Michael" at one point — you'd have to know that these are the first names of New York Times reporters covering politics) who is also deeply familiar with Internet culture (he alludes to rule 34, a made-up Internet rule about how any popular fictional character or real-life celebrity will have pornography associated with it) to get the references.

There have been two approaches by opponents of the president in the Trump era. There's the Michelle Obama philosophy — "when they go low, we go high." Then there's the other way: Wilson is the conservative version of the brash Stormy Daniels lawyer Michael Avenatti. Avenatti has argued that Trump is best opposed by finding a Trump-like character on the left who has a similar style of fighting back. Mix this Avenatti-esque attitude with the derisive, scathing tone of the political gossip blog Wonkette and you have Everything Trump Touches Dies.

The book has itself the intellectual rigor of a Comedy Central roast for Justin Bieber — and isn't conscious of its own central irony: Though it calls for ascending to a higher plane, beyond Trump, it's filled with empty insults.

Wilson bemoans that the conservative movement, "a movement that once took pride in its intellectual rigor was graced by the ideas of Burke, Hayek, Weaver, Friedman, Kirk and Buckley" is now ruled by "feces-flinging by Breitbart."

He spends just 11 pages of his book briefly touching on what to do about Trump, and none of it is particularly interesting: He suggests the Republican Party embrace optimism of the future, ethical reform, free markets, rule of law, diversity and a laissez faire attitude about social issues.

Without self-consciousness, he spends a few pages at the end of the book preaching decency, humanity and tolerance to overcome the "fashionable cruelty of the Trump era" which has become "juvenile, repellent and self-limiting."

Wilson does admit, however, that he can be a jerk.

"I'm an equal opportunity asshole who doesn't mind mixing it up," he writes. "Trump-era name-calling is just as tiresome and juvenile as it is nonsensical. It's not that I mind fighting with Trump's cheer squad... it's that it's so rarely a fair fight."

Everything Trump Touches Dies is written to argue the myriad ways in which bowing to the president will poison even those with good intentions — like those who join the administration to serve the country, or those Republicans who go along with Trumpism because they like Supreme Court Justice Neil Gorsuch.

But the Trump era has poisoned Wilson, too.

Wilson's anti-Trump criticisms are popular on Twitter, where he aggressively attacks pro-Trump accounts with his signature style of wit and insults.

Brevity is the soul of wit — and this book would have been better off left in a series of tweets.