Accessibility links
Nico Biopic Sheds Light On Her Life Before And After The Velvet Underground Nico, 1988 tells the story of the Velvet Underground singer who left for a solo career — one weighed down by her addiction to heroin — and depicts the last, tumultuous year of her life. 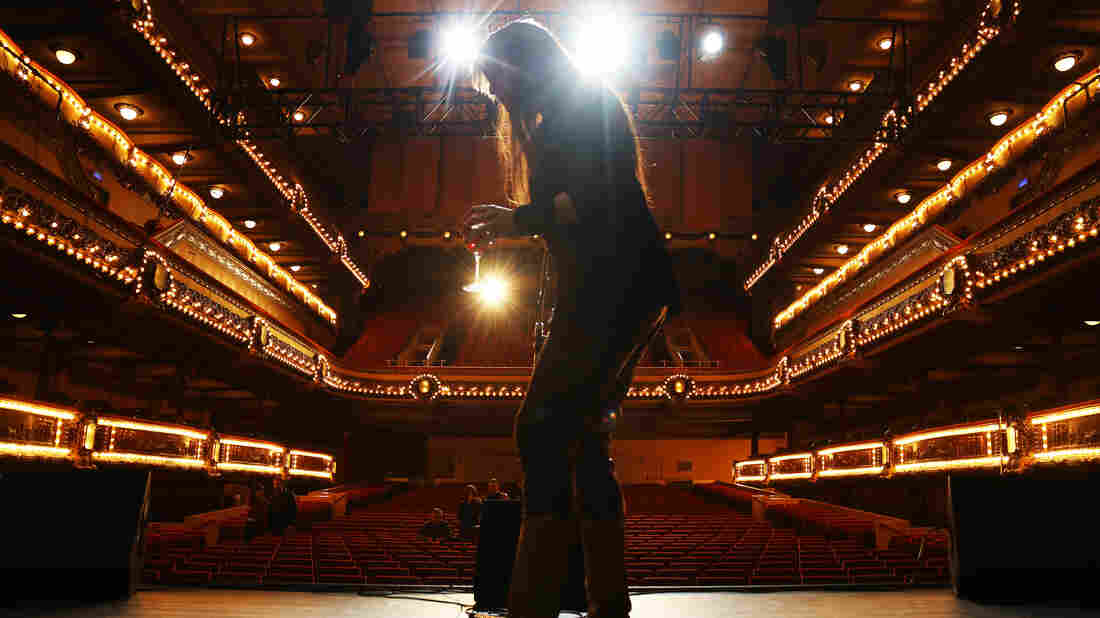 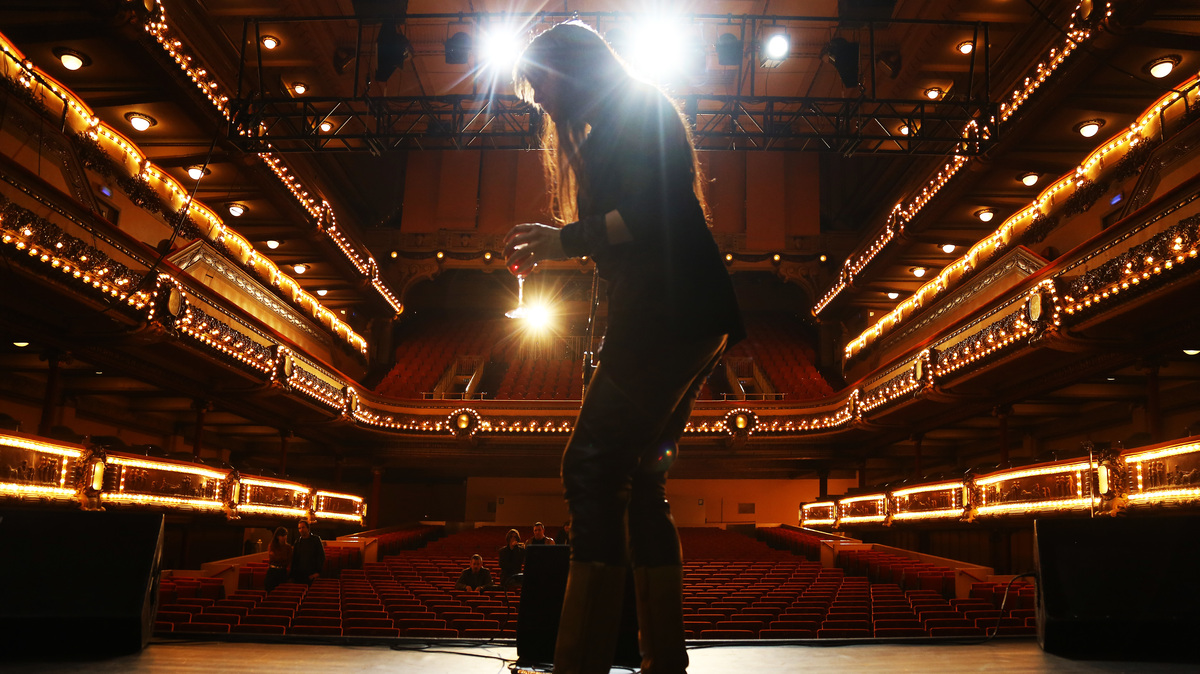 Director Susanna Nicchiarelli encountered Nico's work the same way most people do: when a friend made her listen to The Velvet Underground and Nico.

"When I first listened to it was one of the major events of my life," Nicchiarelli says. "I started to be fascinated by the voice of this woman and wonder what her story had been before and after that."

Nicchiarelli's film, Nico, 1988, tells the story of the singer and songwriter's final years, a period often eclipsed by her early career after she first caught ears in 1967 with the The Velvet Underground. The film cuts back and forth in time as she struggles to kick her drug addiction, regain custody of her only child and win respect as an artist in her own right.

'Nico, 1988' Holds A Dark Mirror Up To The Troubled Performer

Nico was born Christa Päffgen in Germany just before World War II. As a child, she watched Berlin burn during the Allied invasion. She began calling herself Nico as a teenager, when her ice-blonde hair and stunning features landed her a modeling career. She started appearing in films — Federico Fellini cast her in 1960's La Dolce Vita — then moved to New York and became one of Andy Warhol's "superstars."

The biopic picks up her story 20 years later — shortly before she died, but long after she dyed her hair black, traded in designer outfits for an all-black wardrobe and became addicted to heroin. Nicchiarelli interviewed Nico's manager, her son Ari and several of her bandmates to write the film.

In a scene based on a true story, Nico — played by Danish actress Trine Dyrholm — stops by a radio station, where the interviewer makes the mistake of bringing up her past:

Interviewer: So here we are with Lou Reed's femme fatale.

So, do you want to tell us about your experiences with The Velvet Underground?

No, I don't. I started making my own music after the experience with The Velvet Underground in 1968.

Well, we took a lot of LSD.

Nicchiarelli says that exchange sums up what she loves about Nico's character. "She was very, very funny and ironic," she says. "And the way she said, 'Well, don't treat me like a survivor. I am this now. This is what I'm doing. This is what I am, and I like what I am now.' "

Dyrholm says one of the things that attracted her to the role was how conflicted Nico felt about the physical beauty that had defined her early life and career. "I think she really wanted to be respected for her art and not her beauty. And I think she struggled a lot with that," she says.

Nico also struggled to find an audience, though critics and fellow musicians loved her often bleak solo work. Sometimes her voice is accompanied only by the drone of a harmonium, and sometimes, nothing at all.

In the film, Dyrholm sings all of the songs herself. She says each one represents a turning point in the film's story. The pivotal moment occurs in the mid-1980s, when Nico and her band cross the Iron Curtain to play a now-legendary illegal concert in Prague.

"It's a liberation for the character in a way," Dyrholm says. "I mean, she can't get any drugs. Then when she goes on stage, she's ill, she's exhausted, she's angry. And then she starts to realize that she loves the music."

By the end of the film, Nico has her drug addiction under control, she's regained custody of her son, and they're living on the island of Ibiza. In the years since her death, her artistic reputation has continued to grow. She's widely recognized as the mother of the gothic music movement, and her work influenced two generations of artists, including the late Elliott Smith, Björk and Zola Jesus.

Nico died in the year of the film's title, 1988, just before her 50th birthday. Dyrholm says it's tragic Nico didn't live to see the fall of the Berlin Wall a year later, especially given something the singer once said in an interview: "Every time I close my eyes, I'm back in bombed Berlin."