Accessibility links
Hong Kong's 'McRefugees' On The Rise Amid Summer Heat Hundreds in the Chinese territory regularly sleep in 24-hour air conditioned McDonald's restaurants, but a new survey shows the trend is increasing and is not limited to the homeless.

Hong Kong's 'McRefugees' On The Rise Amid Summer Heat

Hong Kong's 'McRefugees' On The Rise Amid Summer Heat 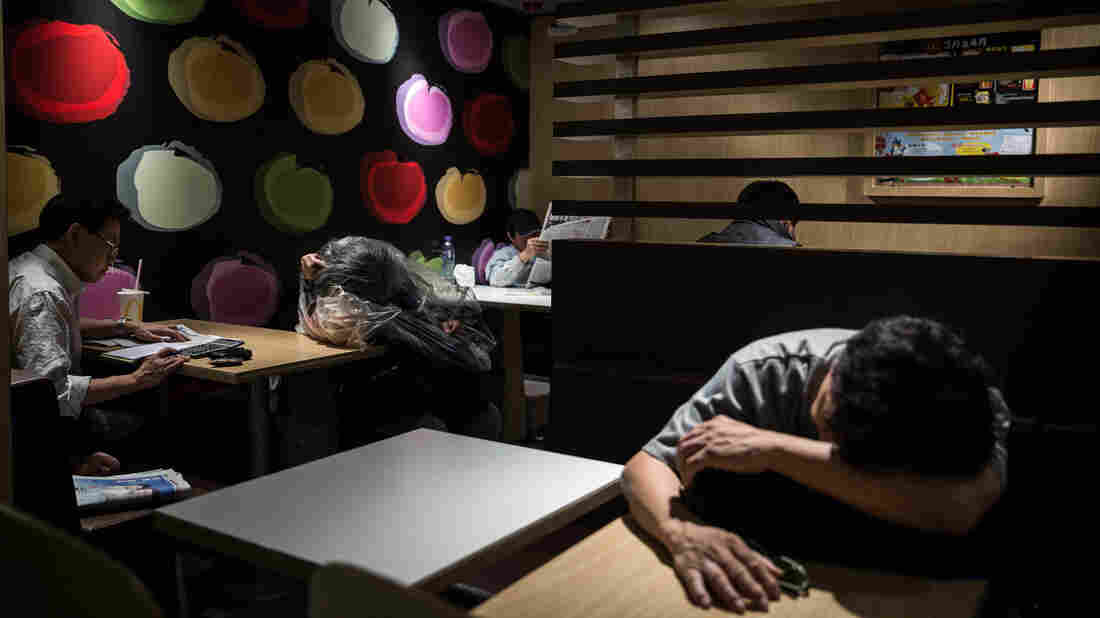 "McRefugees" sleep at a McDonald's in the Kowloon district of Hong Kong in April 2016. Anthony Wallace/AFP/Getty Images hide caption 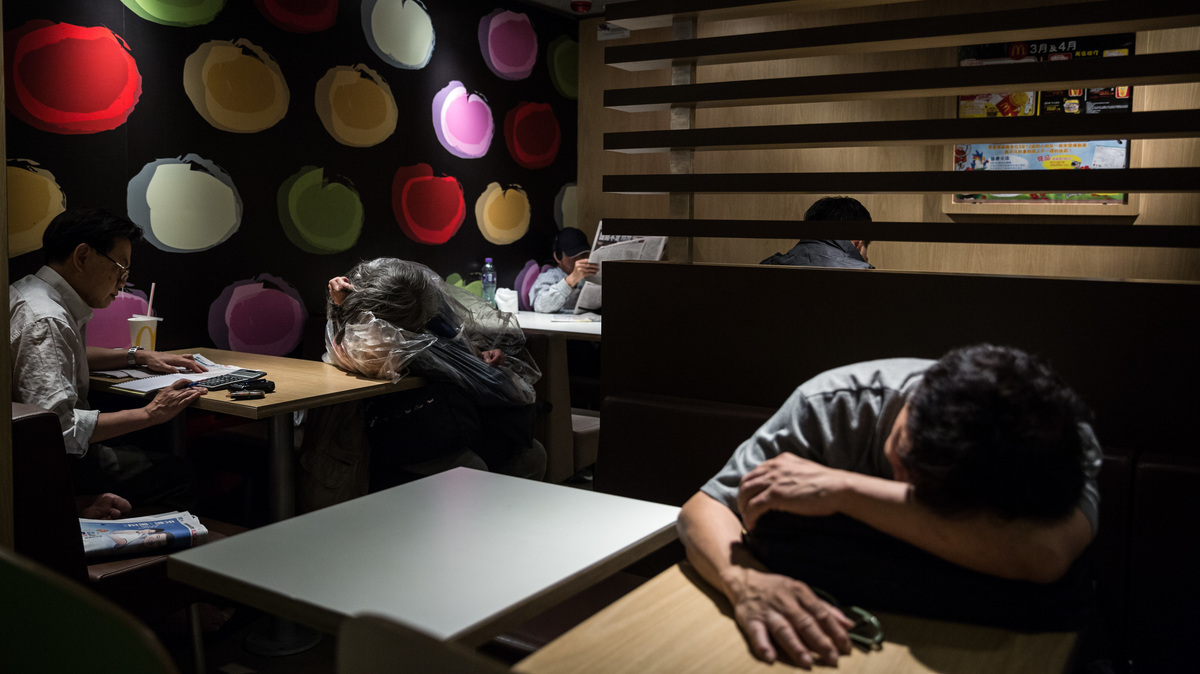 "McRefugees" sleep at a McDonald's in the Kowloon district of Hong Kong in April 2016.

Hoping to escape Hong Kong's summer temperatures, more people are settling into the city's numerous 24-hour McDonald's restaurants to soak in the air conditioning and get a decent night's sleep.

A new survey finds that the number of "McRefugees" or "McSleepers" — as they've been dubbed — has increased sixfold in the past five years.

And, it's not just the homeless. According to the survey, organized by the Junior Chamber International's Tai Ping Shan branch and carried out by volunteers in June, the increase is mostly the result of the high cost of air conditioning for people who already have a place to live in the Chinese territory, according to The South China Morning Post.

The city has 110 McDonald's outlets that are open 24 hours, and they are reluctant to remove customers, even if they are not eating.

"Saving on air conditioning costs, as well as comfort and security, topped a list of reasons given by these interviewees, followed by high rents, conflict with family members, the ability to develop social relations at the [fast-food] chain and substandard housing."

The study found that 334 people had slept in a McDonald's nightly over at least the three months that preceded the survey period.

The BBC noted in an article in 2015 that McRefugees are seen all over Asia, especially in Japan and mainland China. However, an "an aging population, unaffordable property prices and stagnant wages all [conspire] to make the problem particularly acute in Hong Kong."

In the most recent study, the Post reports that one such person seeking refuge told the volunteer survey-takers that she rented a flat in To Kwa Wan in Kowloon but that the landlord charged her HK$16 ($2.02) per unit of electricity instead of the HK$1.10 (14 cents) charged by the city's main power suppliers.

The woman's flat has no windows and is unbearable without air conditioning.

According to the newspaper, "One of the cases, a 19-year-old referred to in the study as Ah Lung, was a construction worker who ate, played mobile phone games and slept at a McDonald's branch in Mong Kok. He did not want to go home due to a bad relationship with his parents, while his income enabled him to live away from home."

Bad home situations and expensive electricity are creating more McRefugees, but the genuinely homeless still make up a large percentage of those filing the tables late at night in the restaurants as other patrons down their burgers and fries.

In January, Reuters quoted Ng Wai-tung, a social worker with the Society for Community Organization, a nongovernmental human rights group, as estimating that "25 percent of Hong Kong's homeless population are McRefugees — people who call fast-food outlets home. He expects to see more in the summer when street sleepers seek air-conditioning to cool down."

In 2015, the death of an apparently homeless woman who was sleeping in a McDonald's escaped notice for hours, prompting concern among social activists.

At the time, a spokesman for McDonald's Hong Kong expressed sorrow over the incident, but noted, "In order to provide a pleasant dining environment, we would not disturb our customers, but our service will be offered promptly upon request."