Accessibility links
Syrian Rocket Scientist Reportedly Assassinated By Israel's Mossad Aziz Asbar, who is said to have worked on Syrian rockets and chemical weapons, was killed over the weekend when his car exploded. The New York Times says he was targeted by Israel. 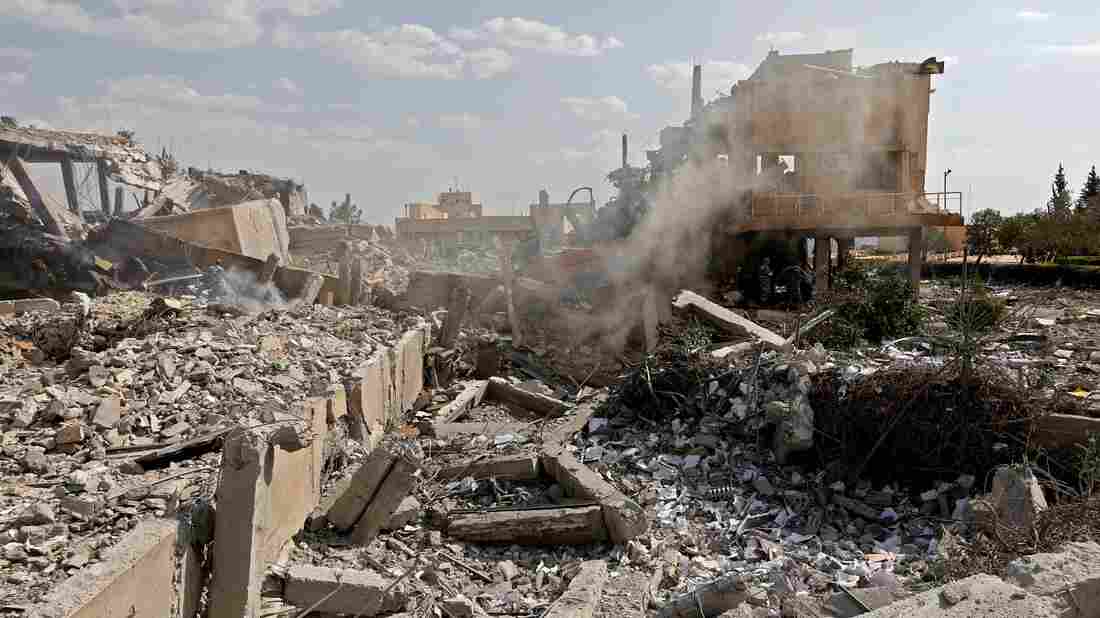 Wreckage of a building described as part of the Scientific Studies and Research Centre (SSRC) compound in the Barzeh district, north of Damascus, in a photo from April. Louai Beshara/AFP/Getty Images hide caption 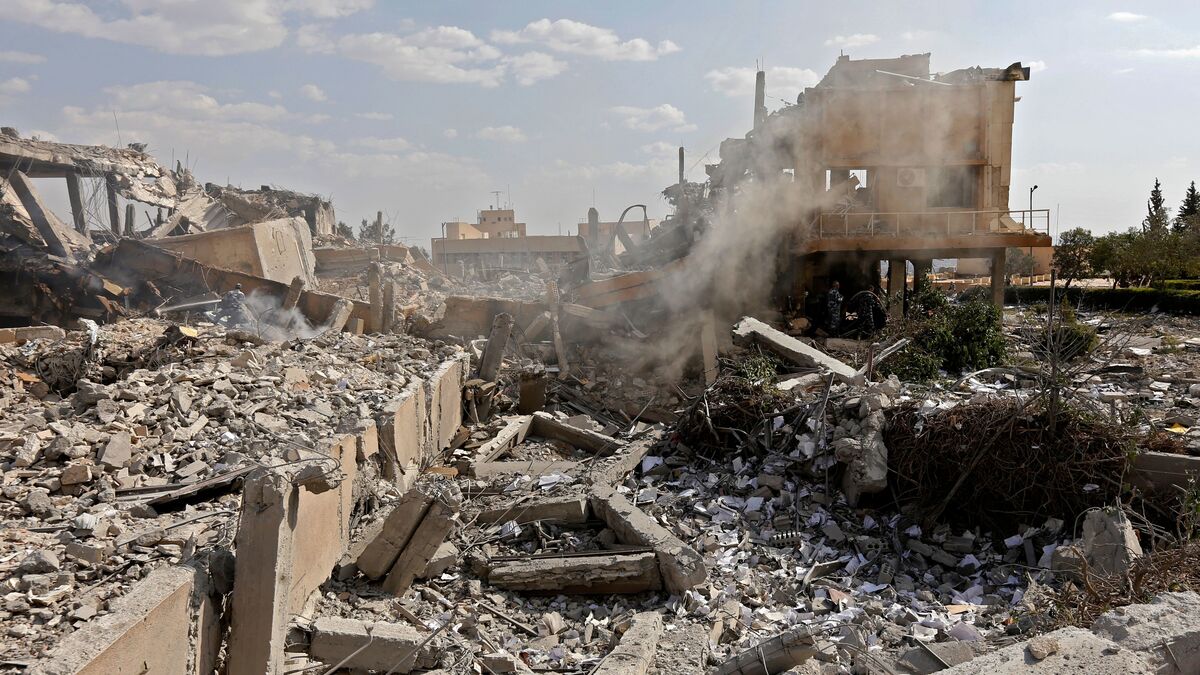 Wreckage of a building described as part of the Scientific Studies and Research Centre (SSRC) compound in the Barzeh district, north of Damascus, in a photo from April.

A top Syrian weapons engineer killed over the weekend when a bomb in his car exploded was the victim of a targeted assassination by Israel's spy agency, The New York Times reports.

Initially, Tahrir al-Sham, a Syrian rebel group that includes the former Nusra Front – considered the Syrian branch of al-Qaida – claimed responsibility for the attack, saying online that it had "planted explosive devices" in Asbar's car.

However, citing a senior official from a Middle Eastern intelligence agency, the Times reports that the bomb was actually planted by Mossad, the Israeli intelligence service. The newspaper says it was "at least the fourth assassination mission by Israel in three years against an enemy weapons engineer on foreign soil."

The Times reports that Israel believes "that Mr. Asbar led the secret unit known as Sector 4 at the Syrian Scientific Studies and Research Center. He was said to have free access to the presidential palace in Damascus and had been collaborating with Maj. Gen. Qassim Suleimani, commander of Iran's Quds Force, and other Iranians to begin production of precision-guided missiles in Syria by retrofitting heavy Syrian SM600 Tishreen rockets," adding that he "was hard at work building an underground weapons factory to replace one destroyed by Israel last year."

The SM600 is based on Iran's Fateh-110 missile and is capable of a range of around 130 miles, although Tehran claims that an improved Fateh-110 can reach targets as far away as 186 miles.

"Several strikes on Masyaf have been attributed to Israel in recent years, the last of which was on July 22.

The Syrian opposition blamed [Saturday's] attack on the Assad regime, claiming [Asbar] was very familiar with Syria's chemical weapons deployment and its use against civilians.

It was previously reported the chemical weapons development facility supplied weapons to the Assad army and Lebanon-based Hezbollah."