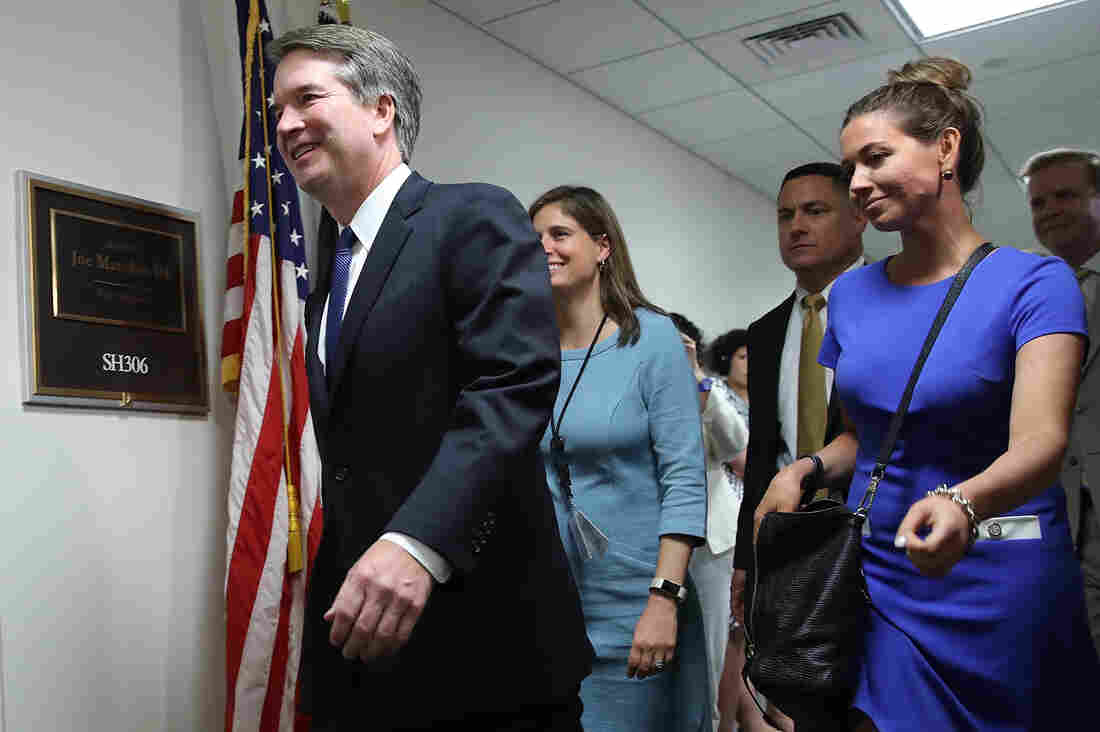 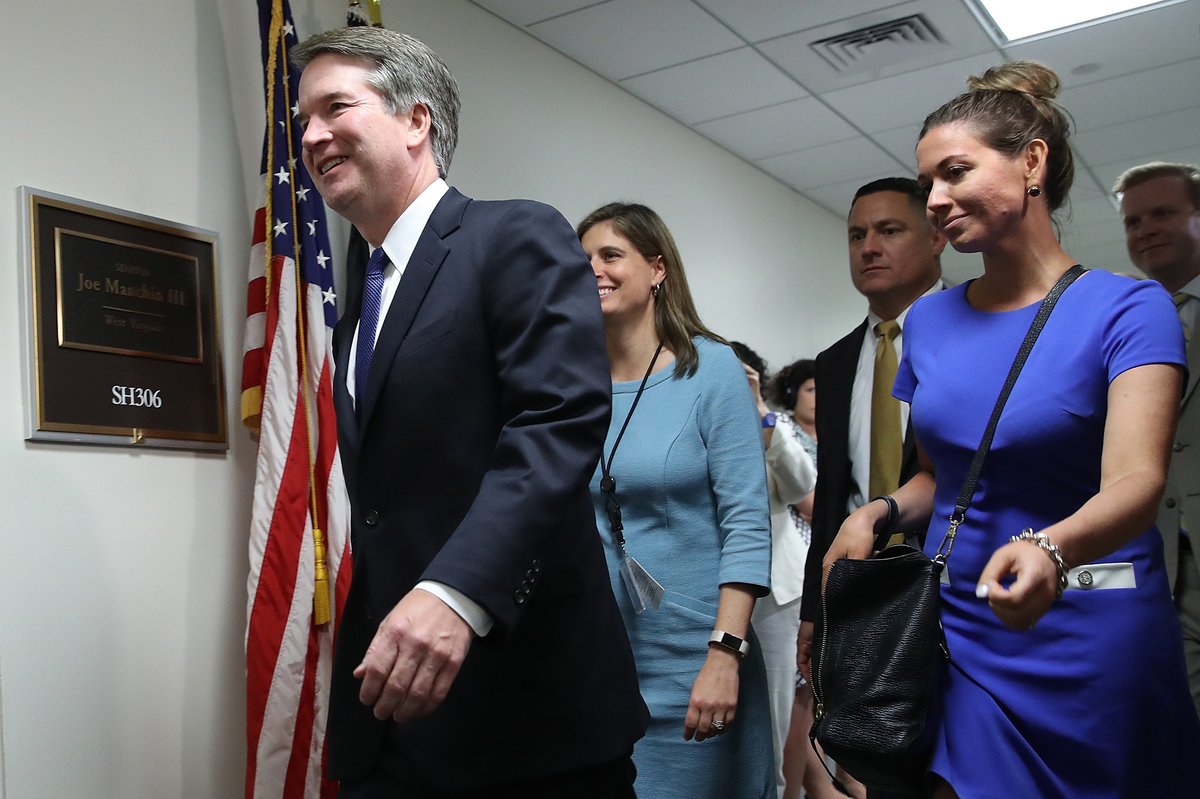 As a federal appellate judge for the past dozen years, Supreme Court nominee Brett Kavanaugh has played a central role in building the nation's system of campaign finance laws. It's a system that voters hold in low esteem in recent polls.

Kavanaugh has been on the U.S. Circuit Court for the District of Columbia, a frequent destination for cases involving the Federal Election Commission. His decisions have effectively pulled the campaign finance system rightward, letting in more money with less regulation. He's been roughly in sync with Anthony Kennedy, the justice he once clerked for and now might succeed.

That record has drawn relatively little attention in the fight over confirming Kavanaugh for the Supreme Court. It's a mistake on the part of liberals, said Chiraag Bains, director of legal strategies for the progressive advocacy group Demos.

"I think his record on money and politics should be right up there alongside the likelihood that he'll overturn Roe or strike down the ACA," Bains said, referring to the Affordable Care Act, the Obama health-care law that President Trump and congressional Republicans have tried to repeal.

One of Kavanaugh's decisions has been in the news lately because it deals with foreign money. A Russian company cites the law, including the ruling, as it fights an indictment for allegedly financing social media ads during the 2016 campaign.

Kavanaugh's opinion, from 2011, spotlights a loophole in the federal prohibition against foreign money in American elections. He laid out the difference between messages to vote for or against a candidate, known legally as express advocacy, and more general messages about issues, called issue advocacy. Money for express advocacy is generally regulated and disclosed; issue-advocacy money generally is neither.

The two plaintiffs had asked only about express-advocacy contributions.

"All the court needed to say was this ban on foreign nationals spending money in American elections is clearly constitutional, under decades and decades of Supreme Court precedent," said Adav Noti, then with the Federal Election Commission, who argued the FEC's case before Kavanaugh and two other judges.

"The first question I was asked was by Judge Kavanaugh, who asked me a series of hypotheticals about foreign nationals spending money on issue advocacy — which was not one of the topics that was actually before the court in that case," Noti said. "It seemed like Judge Kavanaugh was interested in writing an opinion that dealt with that topic even though it wasn't raised in the case."

"He did recognize that people who are not citizens of the United States can engage in issue advocacy," said James Bopp Jr., a leading conservative lawyer in campaign finance. "I think that was correctly decided."

Issue ads accounted for most of the Russian internet activity in the 2016 campaign.

Bopp said he considers a different campaign finance decision as Kavanaugh's best; it involved the liberal women's group EMILY's List. Kavanaugh ruled that EMILY's List could set up a nonprofit wing to raise unlimited funds for issue advocacy. This was in 2009, the year before Justice Kennedy wrote the Supreme Court's Citizens United decision, which reached a similar conclusion.

Bopp, who won a similar argument at a different appeals court, said, "EMILY's List is one of the cases decided recognizing — legalizing super PACs prior to Citizens United."

The reasoning behind EMILY's List, Citizens United and even the foreign money case is that unregulated money raised for issue advocacy cannot be corrupting, because candidates are not directly involved with issue advocacy.

"That opinion, to me, shows that even before Citizens United, Kavanaugh had bought into the idea that donors have the right to make limitless expenditures based on the out-of-touch idea that if spending isn't officially coordinated with a candidate, it cannot ever be corrupting," said Bains.

It also suggests the Kavanaugh might be ready to go further down that trail as a Supreme Court justice.