Accessibility links
Venezuela's Maduro Says Opposition Politicians To Blame For Assassination Attempt President Nicolás Maduro, who narrowly escaped when explosives-laden drones detonated near him as he was giving a televised speech, says two opposition lawmakers were in on the plot. 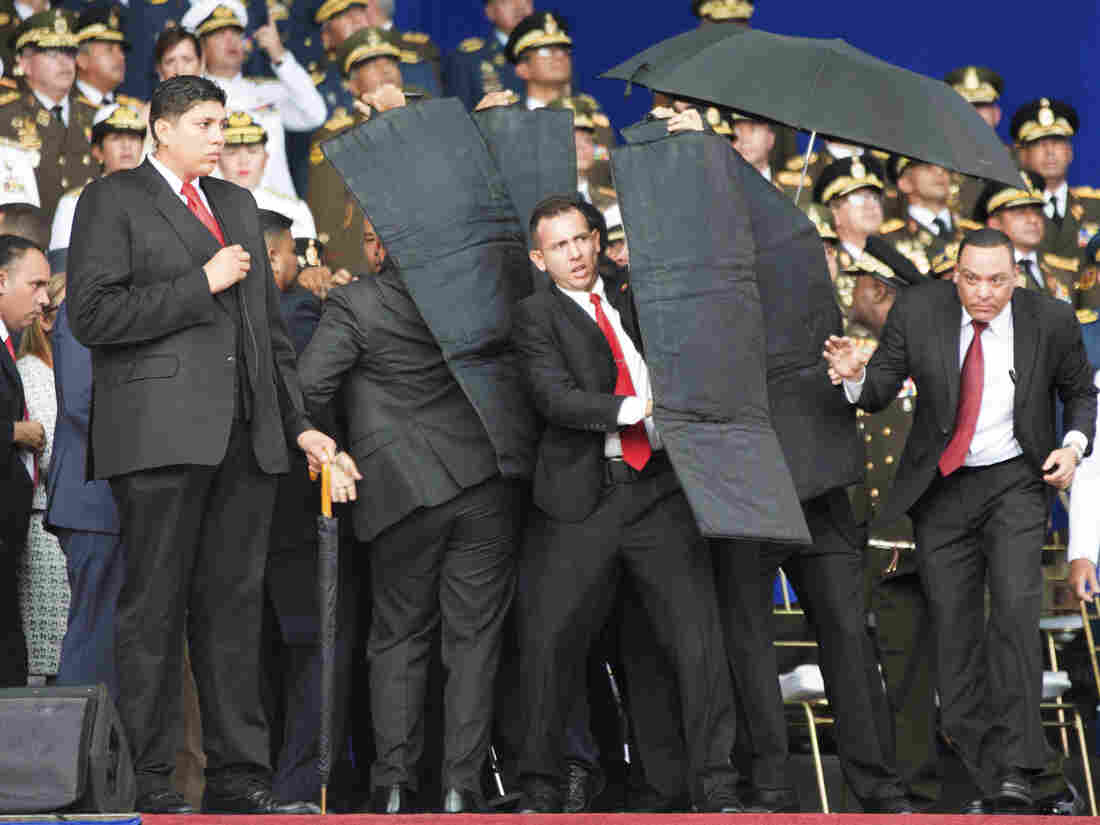 Security personnel surround Venezuela's President Nicolas Maduro after explosives-laden drones exploded near the podium where he was speaking in Caracas on Saturday. Maduro was unhurt. Xinhua/AP hide caption 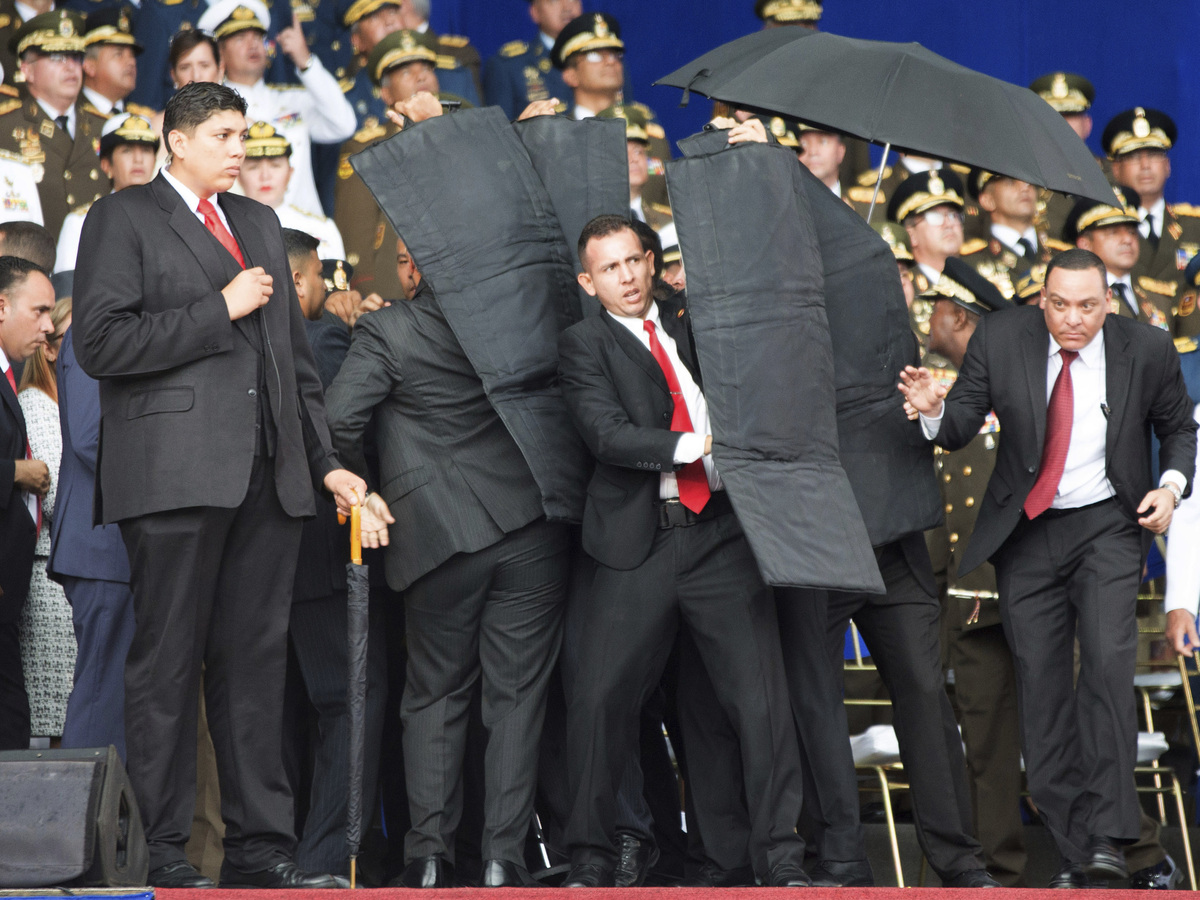 Security personnel surround Venezuela's President Nicolas Maduro after explosives-laden drones exploded near the podium where he was speaking in Caracas on Saturday. Maduro was unhurt.

Venezuelan President Nicolás Maduro has accused opposition lawmakers of playing a role in a failed attempt to assassinate him over the weekend.

During a nationally televised address to Venezuelan troops on Saturday, Maduro was unhurt when explosives-laden drones exploded near the podium.

In a speech on Tuesday, Maduro said Julio Borges, a prominent opposition leader living in exile in neighboring Colombia, was a co-conspirator in the plot, but he did not elaborate on what role the politician had played.

"Several of the declarations indicated Julio Borges. The investigations point to him," Maduro said.

Another opposition lawmaker, Juan Requesens, was also singled out by Maduro for having been involved in the failed attempt.

Venezuelan law grants lawmakers immunity from prosecution while in office, but the head of the country's pro-Maduro constitutional assembly said he would propose stripping that protection from the two lawmakers.

The Associated Press notes, "Critics of Maduro's socialist government had said immediately after the attack that they feared the unpopular leader would use the incident as an excuse to round up opposition politicians as he seeks to dampen spreading discontent over Venezuela's devastating economic collapse."

As NPR's Colin Dwyer reported earlier, Venezuelan Interior Minister Néstor Luis Reverol announced that six others had been detained in connection with the plot.

"Reverol says it was a pair of commercial drone aircraft, each carrying about two pounds of C4 explosive material, that bore down on the ceremony. But the drones malfunctioned, he added — one hitting a nearby apartment building, the other crashing after getting disoriented by government jamming signals.

The blasts ended up injuring at least seven troops but left the president, seemingly their intended target, physically unscathed."