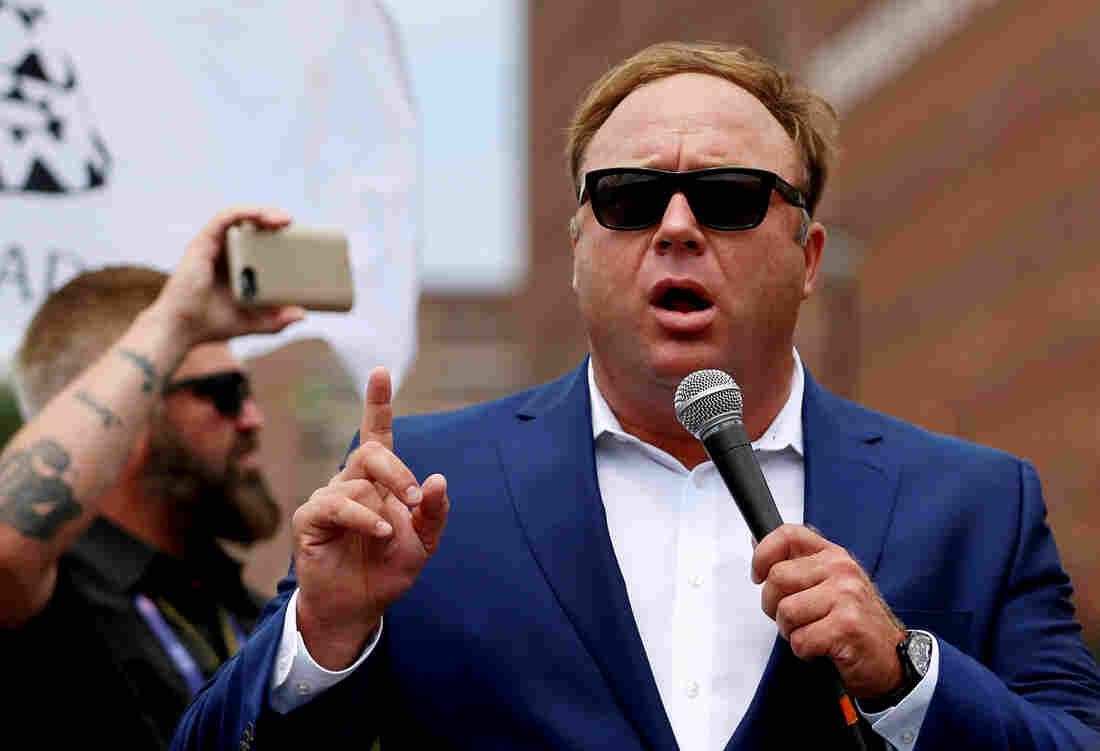 Alex Jones, shown here at a July 2016 rally in support of then-candidate Donald Trump, says he is being subjected to a "purge" from big tech companies. Lucas Jackson/Reuters hide caption 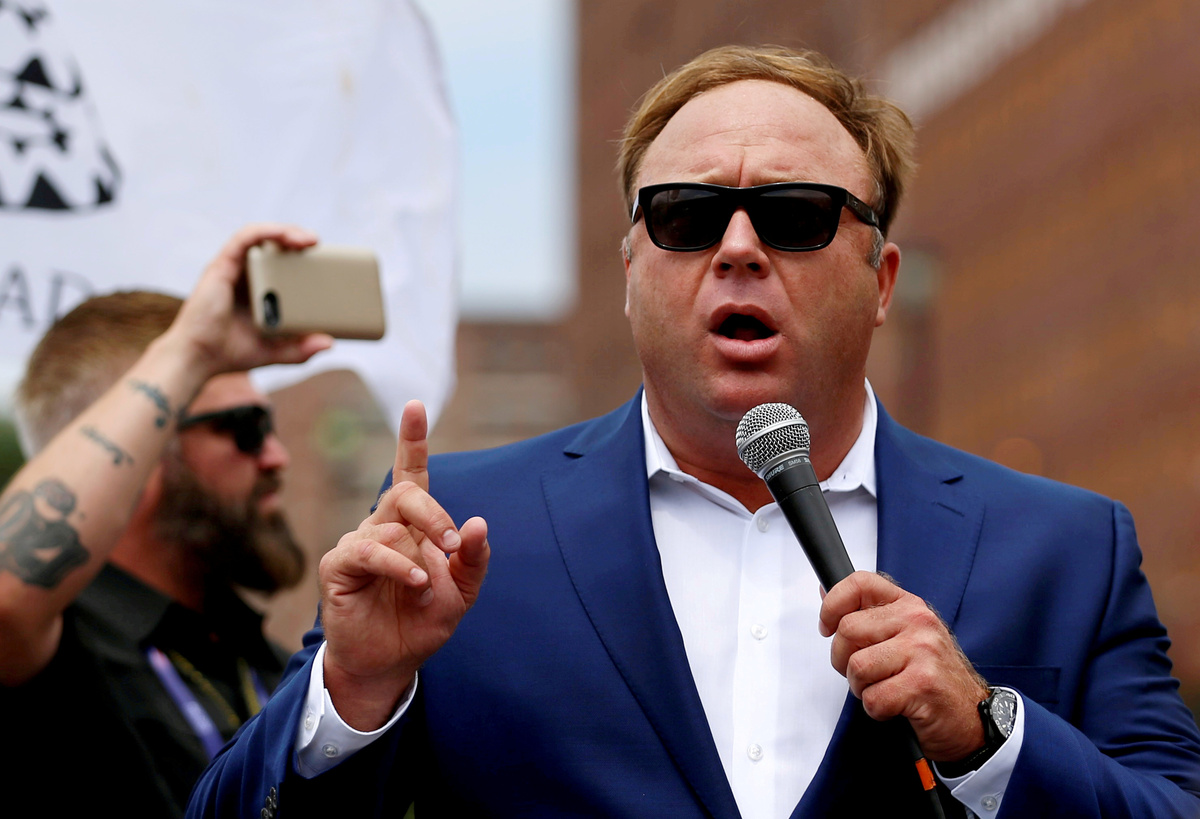 Alex Jones, shown here at a July 2016 rally in support of then-candidate Donald Trump, says he is being subjected to a "purge" from big tech companies.

Twitter CEO Jack Dorsey has explained in a series of tweets why his platform has not suspended conspiracy theorist Alex Jones or his website Infowars. Earlier this week, tech companies YouTube, Apple, Facebook and Spotify banned main content outlets in what Jones described as a "purge."

"He hasn't violated our rules. We'll enforce if he does," Dorsey tweeted. In an apparent reference to other tech companies, he added that Twitter would not "succumb and simply react to outside pressure."

"We're going to hold Jones to the same standard we hold to every account, not taking one-off actions to make us feel good in the short term, and adding fuel to new conspiracy theories," Dorsey said Tuesday evening.

We didn’t suspend Alex Jones or Infowars yesterday. We know that’s hard for many but the reason is simple: he hasn’t violated our rules. We’ll enforce if he does. And we’ll continue to promote a healthy conversational environment by ensuring tweets aren’t artificially amplified.

He appeared to place the onus on journalists to put Jones' content in context: "Accounts like Jones' can often sensationalize issues and spread unsubstantiated rumors, so it's critical journalists document, validate, and refute such information directly to people can form their own opinions."

Some journalists such as New York Times tech reporter Cecilia Kang were skeptical of that suggestion. "What is it that you think journalists do? Spend all day combing Twitter to fact check Alex Jones?" she asked. "That's good for Twitter but not for democracy."

As NPR's David Folkenflik noted, "The ideas that Jones shares are particularly noxious, the idea that Sandy Hook massacre of schoolchildren was a hoax, the idea that 9/11 was an inside job, and other things."

Jones is facing five defamation suits, as NPR's Bill Chappell and Anastasia Tsioulcas reported, most of them centering on comments about school shootings: "He has been accused of knowingly spreading false information about the Marjory Stoneman Douglas High School shooting this year, the violence in Charlottesville, Va., last year and the Sandy Hook Elementary School shooting in 2012."

As for Twitter's rules, the company says that when it comes to abusive behavior:

"Context matters when evaluating for abusive behavior and determining appropriate enforcement actions. Factors we may take into consideration include, but are not limited to whether:

Those rules have shifted over time, as Dorsey pointed out. A statement released Tuesday said that since 2013, the company has explicitly banned "targeted harassment," elaborated on how it enforces violations of its policies on hateful conduct and beefed up its rules on sharing intimate photos of someone without their consent, among other changes.

It also said Twitter does not typically suspend people or take other enforcement action for behavior before a rule change. A message Tuesday afternoon from Twitter Safety stated that "tweets from Alex Jones and InfoWars are not currently in violation of our Rules."

Dorsey's stance has drawn ire from others in the tech world, such as former Reddit CEO Ellen Pao. "Your platform does not operate in a vacuum," she said in a tweet to Dorsey. "If your site is the only one allowing this hate and harassment, it will get overrun and collapse."

Jones also responded to Dorsey, saying, "I'm glad that you've doubled down, at least for now."

He also railed against his suspensions by the other companies, saying: "I am being unpersoned. ... I am literally being disappeared."

Jones has described the bans — and the timing of them — as "election meddling just three months before crucial mid-terms." Major social media sites have come under fire for having provided a platform for false stories and a forum for possible voter manipulation, especially during the 2016 election.