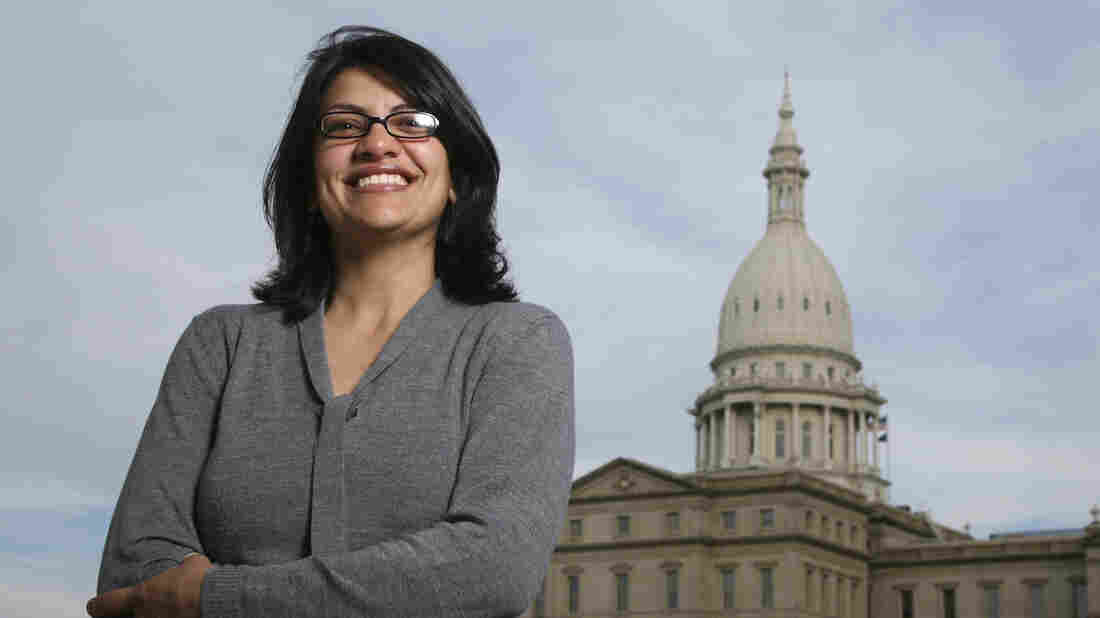 Rashida Tlaib (shown in 2008) served as a Michigan state legislator for six years. On Tuesday, Democrats picked her to run unopposed for the congressional seat held by former Rep. John Conyers for more than 50 years. Tlaib would be the first Muslim woman in Congress. Al Goldis/AP hide caption 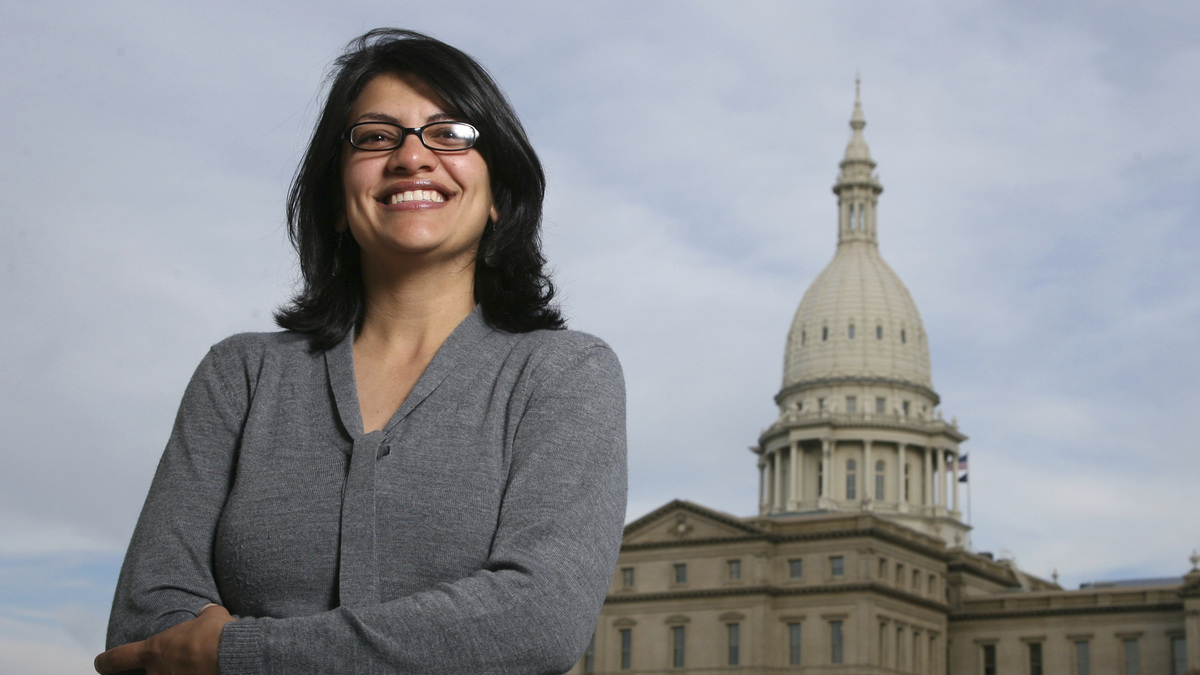 Rashida Tlaib (shown in 2008) served as a Michigan state legislator for six years. On Tuesday, Democrats picked her to run unopposed for the congressional seat held by former Rep. John Conyers for more than 50 years. Tlaib would be the first Muslim woman in Congress.

Rashida Tlaib has some experience being first, and not just because she is the eldest of 14 children.

As the daughter of Palestinian immigrants, she was the first person in her family to earn a high school diploma — then a college degree, and a law degree.

She was the first Muslim woman ever elected to Michigan's Legislature, where she served in the House for the maximum term of six years.

And in January, she is set to become America's first-ever Muslim congresswoman.

The 42-year-old Detroit native, whose father worked at a Ford plant, clinched a Democratic primary in Michigan and won the right to run unopposed in a U.S. House race this fall.

"I am at a loss for words," she tweeted overnight. "I cannot wait to serve you in Congress."

Rep. Keith Ellison of Minnesota was the first Muslim ever elected to Congress; Rep. Andre Carson of Indiana was the second. Both men are black, which means Tlaib also would be the country's first Arab-American Muslim in Congress, as Haaretz notes.

Metro Detroit is home to a large Muslim and Arab-American population, including thriving communities in cities such as Dearborn and Hamtramck.

But Tlaib grew up in a Detroit neighborhood where Muslim and Arab residents were relatively rare, The Associated Press wrote in 2008:

"The southwest Detroit district has large black and Hispanic communities, with a white minority.

"Tlaib said she brings a long experience of working with others while staying true to her Muslim heritage. She described sitting in the cafeteria at Detroit Southwestern High School during Ramadan, watching friends eat while she fasted."

And she will be representing a district where fewer than 5 percent of voters identify as Arab-American, TheNewArab reports.

So while her Muslim and Palestinian identity made headlines nationally, local outlets have focused largely on her politics, her rhetoric and her reputation as a state lawmaker.

While she served in the state House, Tlaib made a name as an environmental advocate — among other things, she led a charge against piles of petroleum coke heaped on the shores of the Detroit River by Koch Carbon, in a fight that made national headlines. She also focused on constituent services.

After she left office, Tlaib became a public interest lawyer with the Sugar Law Center. She was an early, outspoken anti-Trump activist, joining a protest that interrupted the then-candidate when he was stumping in Detroit in 2016. On her own campaign trail, she promised to push for the president's impeachment.

Tlaib also said she would add new protections and provisions to the Civil Rights Act and fight for Medicare-for-All and a nationwide $15 minimum wage, among other progressive goals.

She was endorsed by the Detroit Free Press, which cited her "fiery rhetoric," "easy charm" and experience as a Democratic representative in a Republican-controlled state Legislature.

That could be helpful, the local paper noted, if a "blue wave" fails to materialize, and Democrats like Tlaib remain in the minority in Congress.