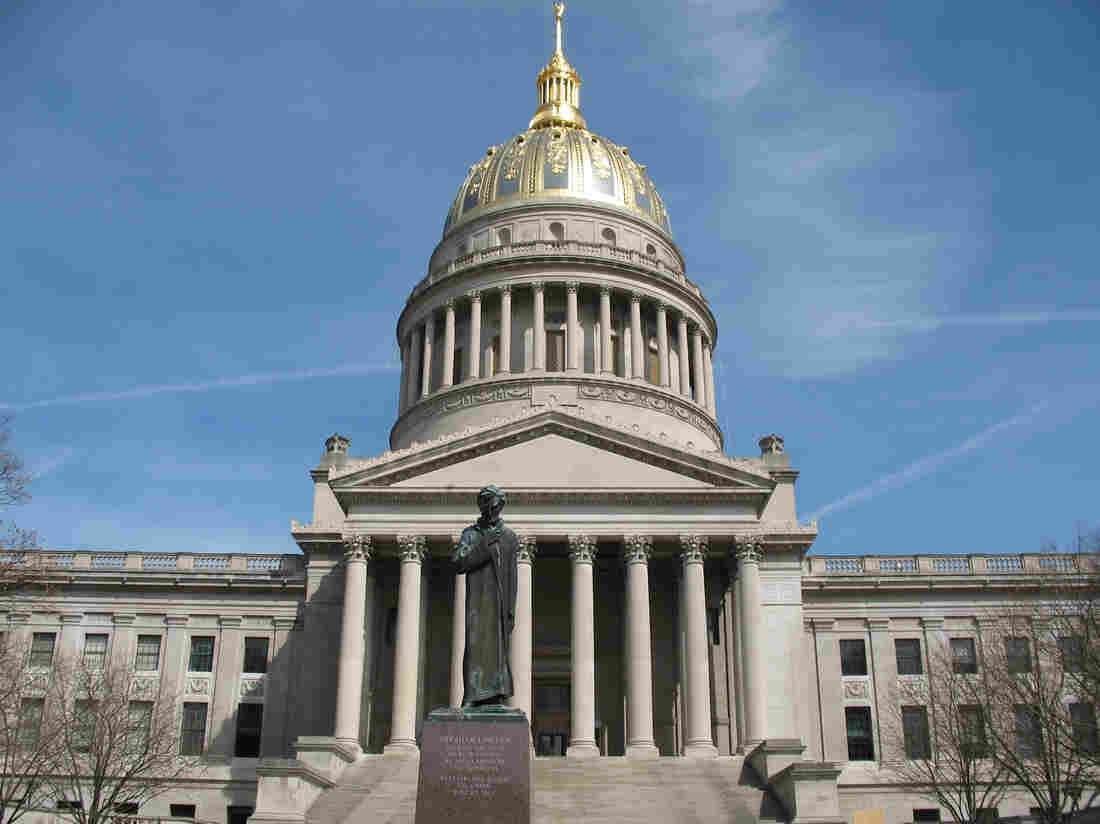 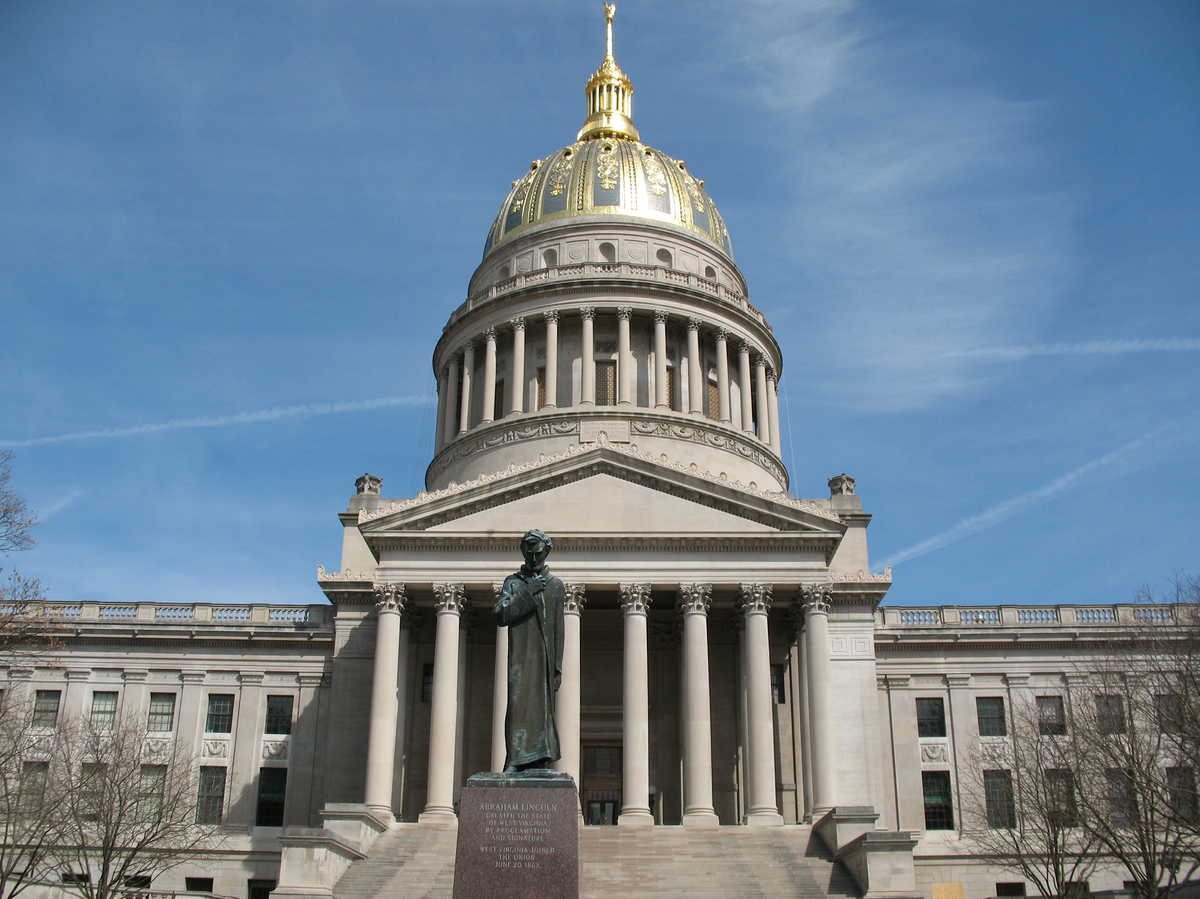 West Virginia's House Judiciary Committee has adopted articles of impeachment against all four justices on the state's Supreme Court of Appeals, accusing the judges of a range of crimes and throwing the court's immediate future into disarray.

By law, West Virginia has five Supreme Court justices, who are elected to 12-year terms. But the bench was reduced to four in July, when Justice Menis Ketchum resigned — abruptly announcing his retirement just as impeachment proceedings were set to begin.

Many of the articles take aim at Loughry — whom a federal grand jury indicted in June on a number of serious charges that include fraud, witness tampering and lying to federal investigators.

The investigation into Loughry centered on his use of official vehicles, the expensive renovation of his Supreme Court office — and his moving of a valuable and historic "Cass Gilbert" desk from a Capitol building to his home office.

The 14 newly adopted articles accuse all the justices of overspending to remodel their offices and of failing to properly execute their administrative duties. Except for Walker, they were also accused of paying retired senior status judges more than the law allowed.

"This is truly a sad day for West Virginia, but it is an important step forward if we are going to restore the public's confidence in the judiciary," said Judiciary Committee Chairman John Shott, a Republican.

The full House is slated to vote on the impeachment articles next Monday; if approved, they would then move to the Senate. The next step would be for the Senate to hold a trial.

As for how the bench would be filled if any justices are removed or resign, Dave Mistich of West Virginia Public Broadcasting reports that next Tuesday, Aug. 14, is the deadline for arranging a special election for November. After that, it would fall to the governor to appoint any new justices.

Because Ketchum retired well before the deadline, his seat is up for a special election this fall.

The timing of Tuesday's vote to approve the impeachment articles — after a month of hearings, and one week before the Aug. 14 deadline — was quickly criticized by Democrats.

"It's a coup," said Delegate Barbara Evans Fleischauer, a Democrat who is the judiciary committee's minority chair. She added, "They dragged this out all summer long, and suddenly they put this on the agenda."

Fleischauer told NPR that she sees the timing of the impeachment as a ploy to allow Gov. Jim Justice — a former Democrat who is now a Republican — to appoint the majority of the justices on the state's highest court. Any new justices would then serve until the next election in two years' time, she said.

Shott has denied that any political maneuvering was at work, telling the Charleston Gazette-Mail, "Especially in an election year, there's going to be people who will spin it however it creates the most advantage to them. That's just part of the process."

In 2015, West Virginia voted to make its Supreme Court elections nonpartisan. But all of the current justices have been affiliated with the two main parties, and at the start of the year, the bench's unofficial makeup was 3-2 in favor of the Democrats. Loughry won office as a Republican; Walker ran as a Republican in 2008 before being elected in a nonpartisan vote in 2016. Both Workman and Davis were elected as Democrats, as was Ketchum.

On Tuesday, Shott said that after reviewing the evidence, "it became clear that a culture of entitlement and disregard for both the law and taxpayer funds have damaged the reputation of our judicial system – and that all justices had a part in violating the public's trust."

The Supreme Court of Appeals attracted public scrutiny last year, when it was reported that the justices had spent more then $3.7 million to renovate and decorate their offices, according to WVPB.

On Monday, the House Impeachment Committee and members of the media inspected the Supreme Court's offices — and paid particular attention to Loughry's accommodations. Here's a sampling of a report from that outing, from WVPB:

"Delegates lingered around the infamous $32,000 couch, touching its suede fabric and commenting on the cost of the couch and the six pillows.

" 'It looks like a regular couch to me,' Joe Altizer, counsel for the minority party, commented.

"They also gathered in a circle around the wooden inlaid floor that was designed just for Loughry, commenting on the beauty of the wood."

The wood inlay in the office floor, we'll note, is in the shape of West Virginia, with different shades of wood used to designate its counties.

In addition to being a judge, Loughry wrote a book about political corruption in West Virginia; it was published in 2006.