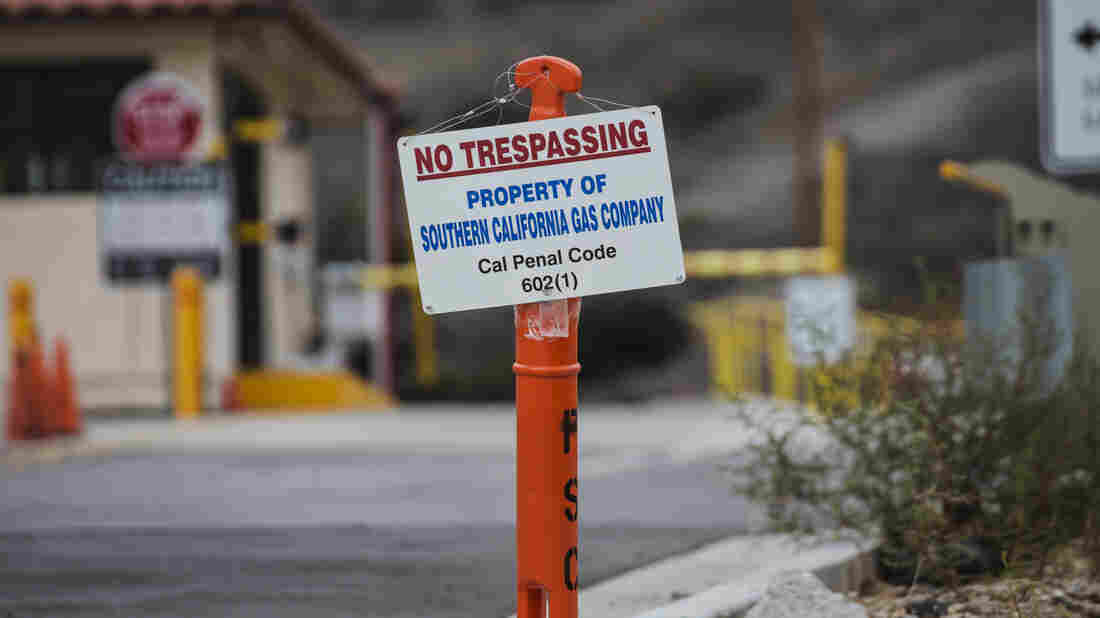 A sign is posted in late 2015, during a leak at a natural gas storage well at a Southern California Gas Company storage facility in the hills above the community of Porter Ranch, a suburb of Los Angeles. Ted Soqui/Corbis via Getty Images hide caption 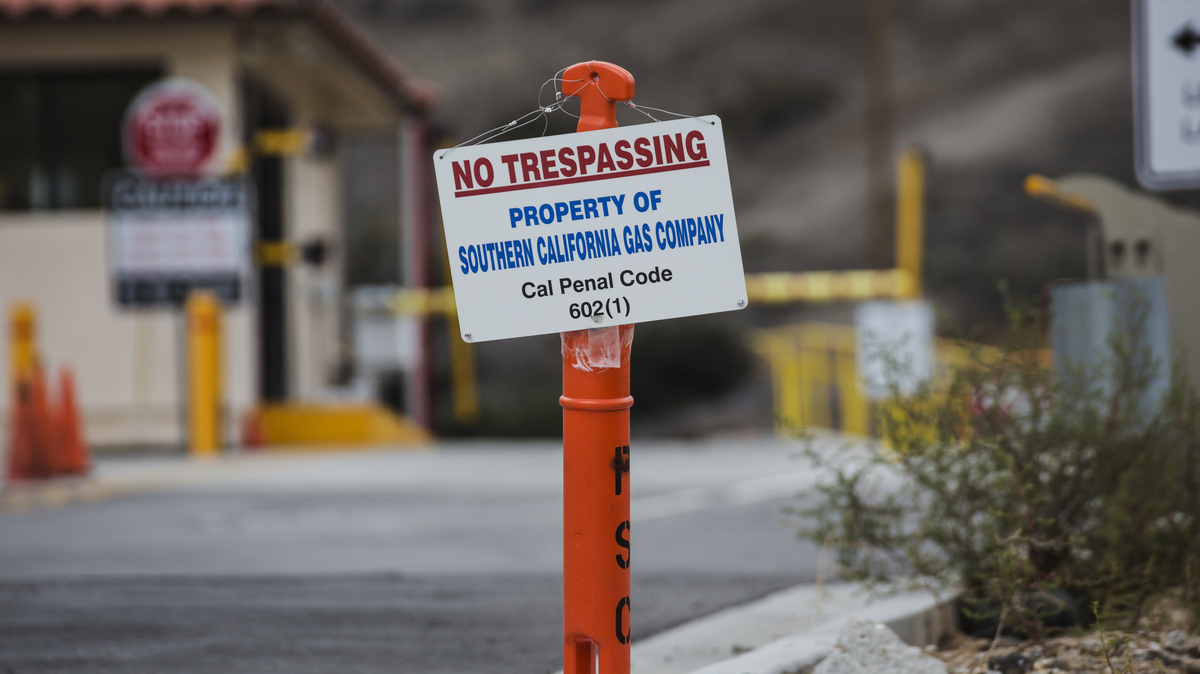 A sign is posted in late 2015, during a leak at a natural gas storage well at a Southern California Gas Company storage facility in the hills above the community of Porter Ranch, a suburb of Los Angeles.

The Southern California Gas Co., or SoCalGas, has agreed to pay $119.5 million in a settlement with several government entities over the company's massive methane natural gas leak in 2015 and 2016.

The settlement still needs to be approved by the courts.

During the months-long leak, the Aliso Canyon natural gas storage well spewed methane into the air. Thousands of people evacuated from Los Angeles suburb of Porter Ranch, as California declared a state of emergency.

One analysis found that the disaster was the largest gas leak in U.S. history.

"Under the terms of the $119.5 million settlement agreement, SoCalGas will, among other things, reimburse city, county and state governments for costs associated with their response to the leak; establish a program with the California Air Resources Board to mitigate the methane emissions from the leak; and fund local environmental benefit projects to be administered by the government parties," SoCalGas said in a statement.

Attorney General Xavier Becerra said in a statement that there is "no excuse" for the leak, citing its adverse health effects and the disruption it caused for tens of thousands of residents.

He also emphasized the destructive contributions the leak had to greenhouse gas emissions, which drive climate change. The leak released methane, a particularly potent greenhouse gas.

A study found that the leak was equivalent to the total emissions of half a million cars for an entire year.

"California is a leader when it comes to addressing climate change," Becerra said in his statement. "This leak undermined our crucial work to reduce greenhouse gas emissions and protect our people and the environment. If approved, this settlement will go a long way in addressing the short and long-term harms attributable to the leak."

The company has already reached a $8.5 million settlement with the South Coast Air Quality Management District.

It paid another $4 million to settle criminal charges.

The company is also facing a flurry of lawsuits from thousands of residents affected by the leak.