Accessibility links
As Youth Lagoon's Trevor Powers Goes Solo, 'Mulberry Violence' Expands The solo debut from the Youth Lagoon frontman sounds like nothing Trevor Powers has made yet — gorgeous and ornate while bleakly unsettling. 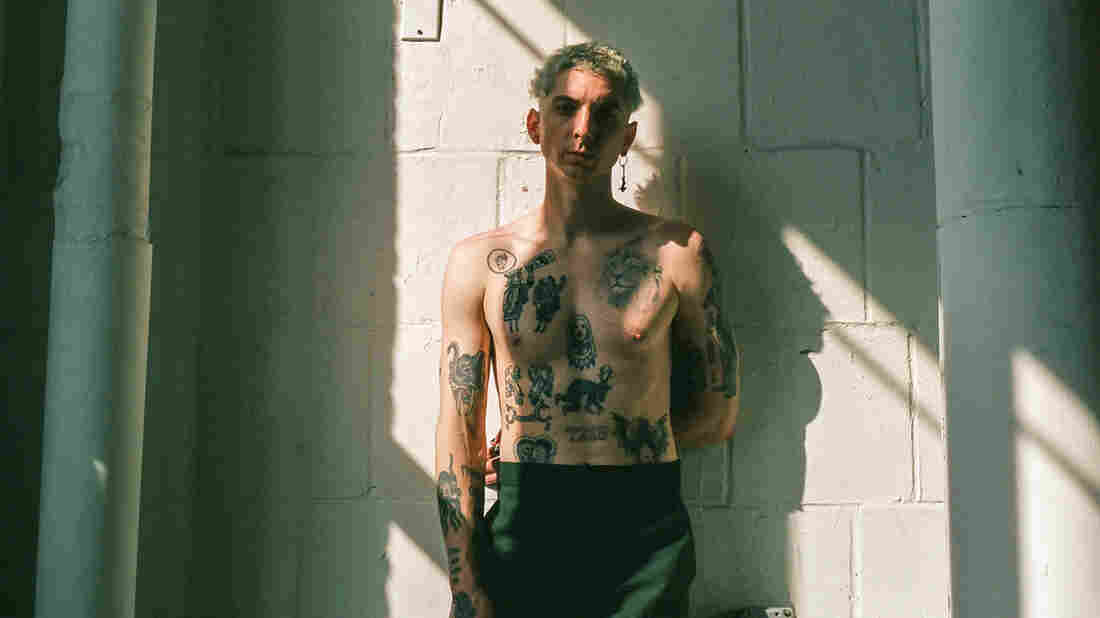 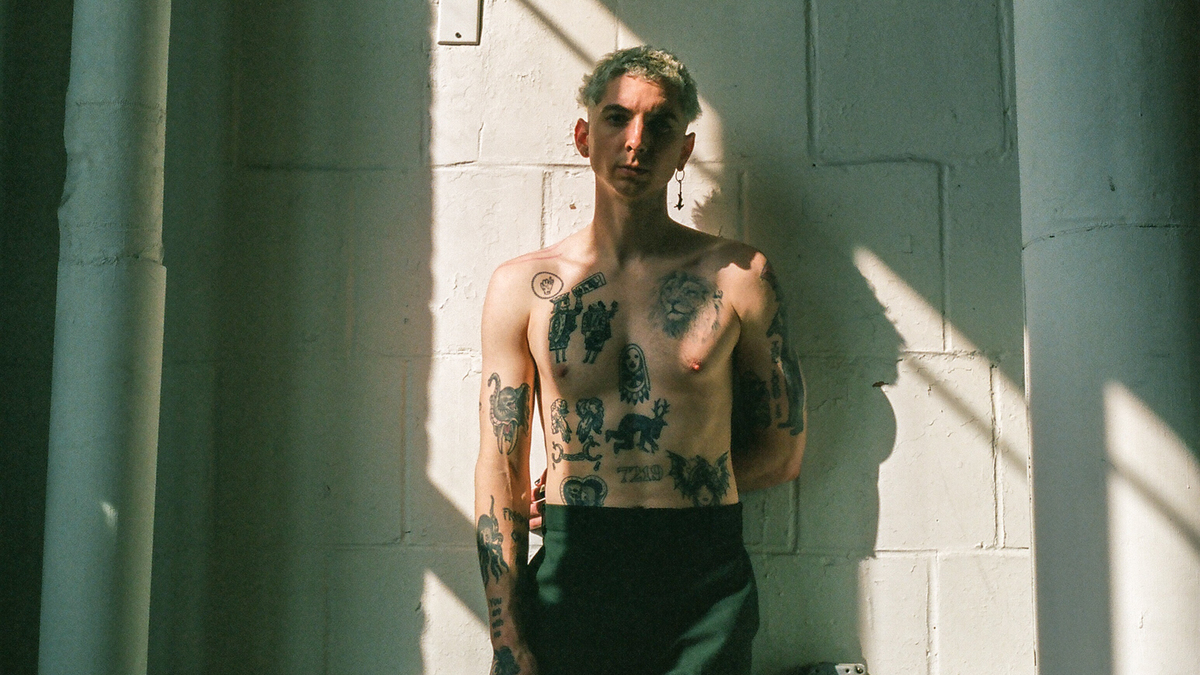 Chris Shoonover/Courtesy of the artist

In 2016, Trevor Powers was at a creative impasse. Fresh off the release of 2015's Savage Hills Ballroom, the third album from his band Youth Lagoon, Powers felt confined by his own painstaking musical formula. And he had grown frustrated by how the inherent intimacy of his emotional, enveloping songs was often portrayed as introverted and somber and how it no longer matched his expansive artistic vision.

Unable to shake those preconceptions, Powers called it quits, explaining in a farewell note that Youth Lagoon had come to represent "a space I no longer inhabit, nor want to inhabit." Marking definitive end to this band and triptych of records, he also teased more music in the future: "I've reached the top of a mountain, only to then be able to see a much larger one I want to ascend." Ultimately, for Powers to summit that next peak, he had to start anew.

In his time between projects, Powers remained busy, composing poetry and building experimental song sketches and atmospheric elements — all inspired by his global travels and by artists' visual work he encountered along the way. Then, at the Sonic Ranch studios in Tornillo, Texas, he and fellow collaborators fused arrangements while deconstructing nearly every instrument with staticky dissonant textures, warped beat programming and manipulated vocals. As gorgeous and ornate as it is bleakly unsettling, the results sounds like nothing Powers has made yet. Mulberry Violence marks his return, but also demonstrates a dark tonal shift and surprising evolution. 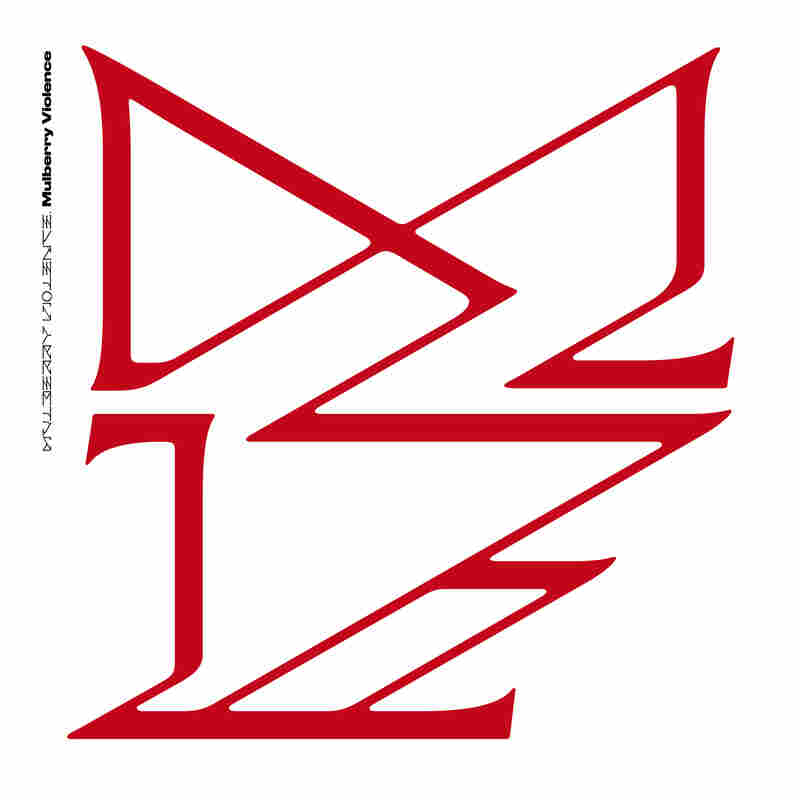 The dramatic opener "XTQ Idol" sets the mood, with stark piano chords ringing atop droning digital signal static and chopped-up vocals that eerily erupt at unexpected rhythmic intervals like misfiring synapses. Powers constructs similar tension and release dynamics throughout, marring warbling synths with an array of clattering rhythms — from trap-styled laptop beats to a trip-hop waltz ("Film It All") to seething industrial rumble ("Squelch"). The album's most catchy groove — a buzzy riff propelling "Clad in Skin" — inevitably gives way to spacious ambiance and a haunting narrated broadcast sample. Even Powers' own soaring falsetto, a unique trademark since his Youth Lagoon days, is masked in pitch-shifting effects and synthetic filters, rendering his harmonies unrecognizable, and at a guarded remove.

Mulberry Violence's thematic arc is similarly challenging and ominous. Where Youth Lagoon's songs frequently documented Powers' struggles with anxiety and isolation, the music tended to blossom cathartically, imbuing a sense of awe and hope in spite of that pain and solitude. Mulberry Violence feels harsher in comparison, and trickier to parse due to Powers packing every song with elusive literary and historical references, and surreal and religious allusions. Ruminating on the many paradoxes of life and death, calm and chaos, the album delves into humanity's tendency for cruelty and hatred, the role of technology and the illusion of security. "Safety isn't real anymore / It's just a thing we say... Memory, it was only for pretend," he sings in "Film It All."

Elsewhere, he gets personal, deploying evocative image-rich phrases to question his faith, or illustrate internal fears and trauma. On "Playwright," he grieves over the loss and legacy of someone close, lamenting, "Comb the database / Evidence you ever lived no longer exists, except the heart inside your kid." Later, "Ache" confronts intimidation and violent abuse, pointedly singing, "Nobody watched you as you grabbed the serrated kitchen knife and threatened to take my life / Nobody watched you as you dragged me to the corner of the room," before adding a final sentiment of revenge and justice: "I'll make you sorry soon."

Trevor Powers has always come across as an imaginative, restless spirit, one who's frequently asking the big unanswerable questions, and seeking release through song. That's particularly true of "Dicegame," which Powers says is influenced by how Francis Bacon views art as a continuous process defined by trials and errors. Powers admits he also views his own identity as a work in progress, always striving to be better, in spite of past mistakes: "Finally, I accept myself / Flawed, with nothing figured out / That's the truth I've hunted for," he sings. Those lines both offer a key to his search for personal truth at play across Mulberry Violence, and represent a crucial first step in Powers' creative reinvention.