Accessibility links
Spike Lee Checks Under The Hood In The Blistering 'BlacKkKlansman' Critic Bob Mondello calls Spike Lee's latest, about a black cop who infiltrates the Klan in the '70s, "his most ferociously entertaining (and just plain ferocious) film in years." 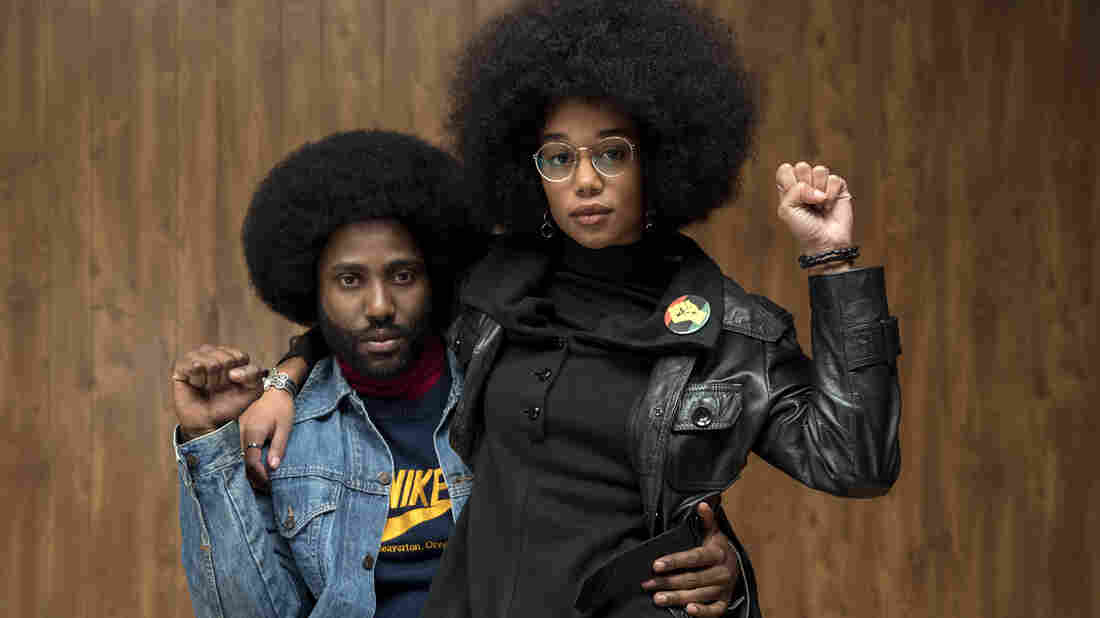 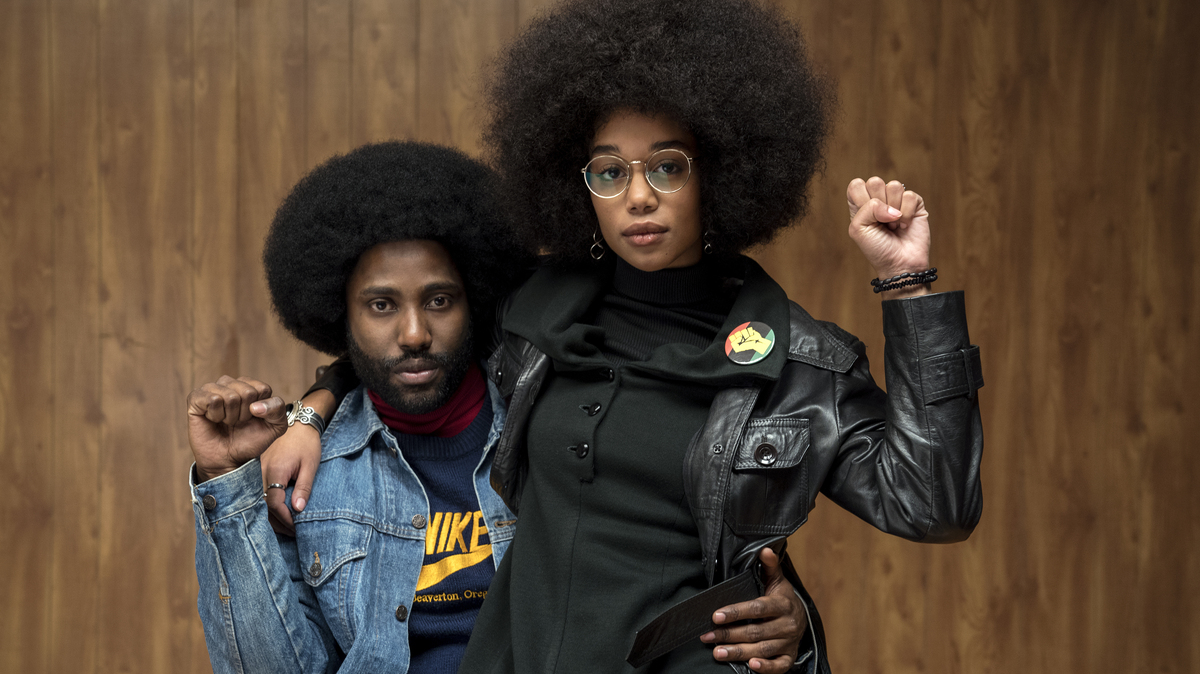 Spike Lee's new movie, BlackkKlansman, is based on a true story, but the plot sounds crazy enough that you'd be excused for thinking he'd just made it up. It's about an African-American police officer, Ron Stallworth, who went undercover in the 1970s to infiltrate the Ku Klux Klan ... by joining it.

Stallworth was the first black officer hired by the Colorado Springs Police Department. In the film, when his chief and the mayor tell him they're hoping he'll "open things up," they don't anticipate that he'll go about that task in quite the way he chooses to do so.

Looking through a newspaper at his desk one morning, Stallworth (John David Washington, sporting an impressive Afro the real Stallworth didn't have at the time) sees a Ku Klux Klan recruitment ad with a phone number. He calls it, one thing leads to another, and soon he finds himself talking with David Duke — yes, that David Duke — the Klan's chatty, gregarious Grand Wizard, as played by Topher Grace.

When asked why he's calling, Stallworth launches into a racist riff: "I hate blacks. I hate Jews, Mexicans and Irish."

Every head in the precinct has now turned to watch him.

"...and anyone else really who doesn't have pure white Aryan blood running through their veins."

This earns him an "I'm happy to be talking to a true white American" from Duke and, before he hangs up, an invitation to the next meeting of the Klan's Colorado Springs chapter.

As Ron hangs up, and the camera lingers on the astonished faces of the white policemen sitting around him, the director gets the laugh he's looking for. Not the first, and certainly not the last, since Stallworth now has an obvious problem. He needs a white police officer to play him.

"With the right white man," he says, "you can do anything."

The right white man turns out to be Flip Zimmerman (Adam Driver), who attends the Klan meeting, tries to get the lay of the land, and attracts a little too much attention in the process.

"You ask too many questions" says a beady-eyed white supremacist. "You undercover or something?"

Now, obviously, this is not a terribly comic question. There's serious tension in BlackkKlansman's situation, and the film embraces the shifts in mood with shifts in filmmaking style that allow Lee to couch his arguments in a kind of shorthand history of Hollywood's treatment of race. He includes scenes from Gone with the Wind and Birth of a Nation, has characters discuss '70s blaxploitation films, and gives his hero a bit of Shaft's swagger.

And in grander scenes — an early-in-the-film Stokely Carmichael "Power to the people" speech to which Stallworth is sent undercover, say — the director shifts gears entirely, to deliver a cathartic broadside about Black Power.

A gentler sort of power is also evoked in this very speech, when the civil rights activist talks of having been taught to internalize white standards of beauty, and the screen fills with Lee's quietly devastating response: closeups of the young black faces looking up at him, halos of soft light caressing cheekbones.

Identity is central to BlackkKlansman, and not just black identity. Flip Zimmerman, Ron's partner in the police ruse, initially thinks his own (Jewish) identity isn't a factor — "for you it's a crusade, for me it's a job" he tells Ron. But when that aforementioned beady-eyed white supremacist demands Flip take a "Jew lie-detector test," he finally realizes he's got skin in the game.

Lee's point, of course, is that we've all got skin in this game. He may depict '70s Klan members as bozos with hood-fetishes — hateful, yes, but amusingly incompetent. He does that, though, to soften us up for some harrowing juxtapositions, chief among them Stallworth's Klan-induction, inter-cut with an excruciating recounting of a 1930s Klan lynching to a rapt group of young people by an elderly survivor played by singer/activist Harry Belafonte.

Lee uses that look-back to set up a head-spinning flash-forward to the Trump era that makes clear there's a reason BLlackkKlansman is opening this weekend, one year, nearly to the day, after the white nationalist rally in Charlottesville. If hate groups were insidious four decades ago, argues Lee in his most ferociously entertaining (and just plain ferocious) film in years, how much more dangerous are they today?